Prepare to get your swoon on with Karly and Geoffrey’s adorable vintage influenced wedding. “Geoffrey and I had both been sent to the tiny coastal town of Prince Rupert, BC for work”, Karly explained when I asked her how they met. “We were set up on a blind date in the fall of 2012 by a mutual friend. Six months later we were shopping for a house together. I was a bit of a hippie wild child and never would’ve seen myself ending up with a policeman, but he is just so wonderful and we fell in love so quickly and easily. We got engaged in January 2014.” 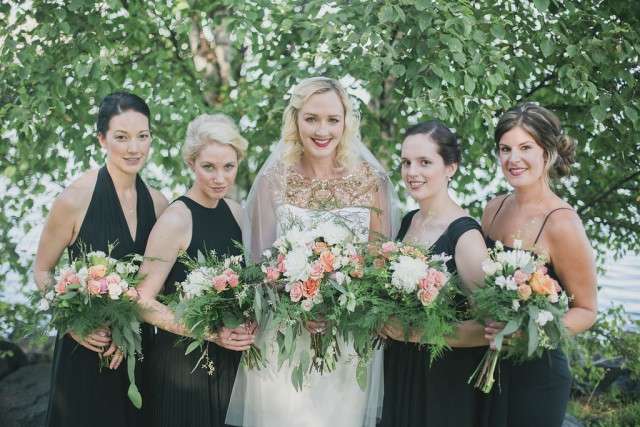 The wedding was held at the Prince Arthur Hotel in Thunder Bay, Ontario. “There was never any question that we’d have the wedding in Thunder Bay, where I grew up. It’s where my maternal grandparents, my Oma and Opa, still live and they have always been a huge part of my life. I grew up in the same house with them. My brother and sister and I never had babysitters or daycare, we just had Oma and Opa. I’ve always been super close with them and they are really my second set of parents. My Opa had a degenerative muscular disease called myasthenia gravis that affected his walking and balance, so he couldn’t travel easily. Hence the wedding in Thunder Bay even though about 90% of our guests had to travel to be there.” 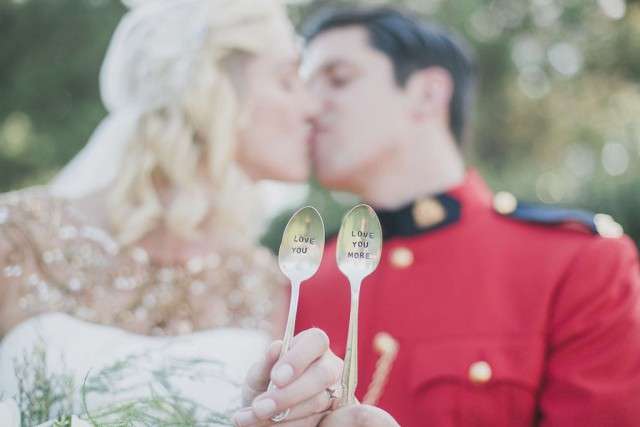 “Opa passed away, suddenly and unexpectedly (aside from the MG he was perfectly healthy), two days before the wedding. My Oma and I found him unconscious on their bed when we had gone upstairs to find my wedding card. I literally breathed in his last breaths. It was surreal and heartbreaking and completely awful. They were married for 61 years and everything I knew about love and partnership came from them. So the wedding day was a lot different than we had planned; it was incredibly bitter-sweet and difficult, but at the same time losing him just made all the little worries seem completely unimportant, and made everyone appreciate each moment so much more.” 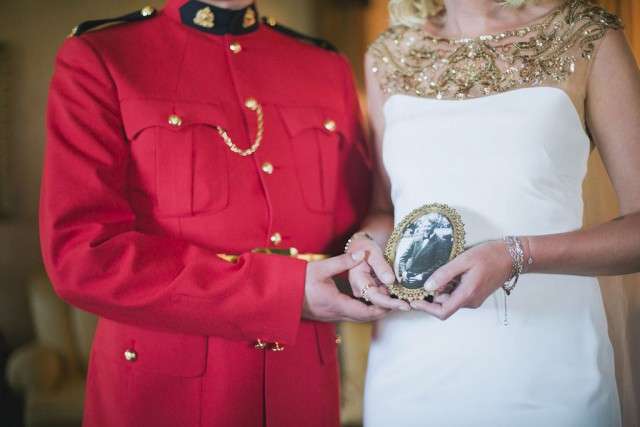 “We basically just wanted a big fancy party that was timeless and glamorous but not stuffy”, she continued. “We are both obsessed with early 20th century architecture, fashion, and history. We live in a hundred-year-old house where a favourite activity is to move the furniture and have all-night dance parties with our friends. We we just wanted the wedding to be like that. Downton Abbey and The Paradise were definitely on my mind with the décor, but I also satisfied my bohemian side with the mismatched antique table décor and the slightly wild and undone look of all the flowers.” 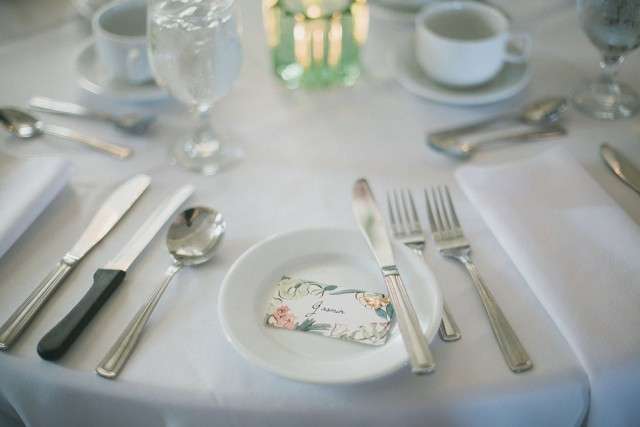 “Planning the whole wedding from the other side of the country was hard, and we ordered most things online. My dress, shoes, jewellery and reception outfit were all put together from an unhealthy amount of time spent on Shopbop and Net-A-Porter. I haunted the BHLDN sale section for the few décor items I couldn’t find in second-hand shops. Everything was pieced together over many months and way too many boxes on our doorstep.” 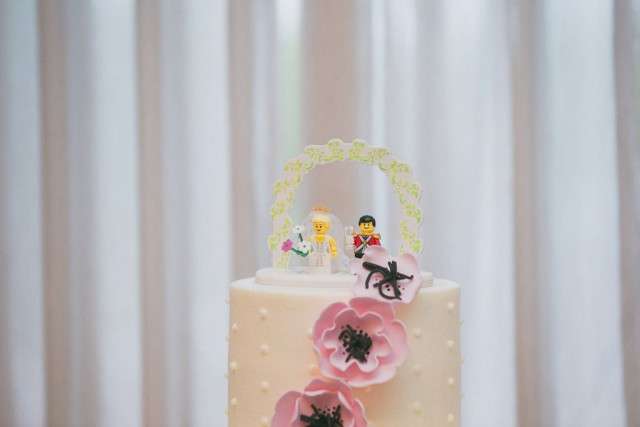 “Doing everything from across the country was tricky”, she concluded. “We couldn’t afford the time or expense of travelling between Prince Rupert and Thunder Bay more than once a year, nor did we have the budget to hire a wedding planner. We really didn’t know until the day of the wedding whether it was going to be beautiful and amazing or a complete disaster… but honestly by that point I didn’t really care as long as we ended up married.” 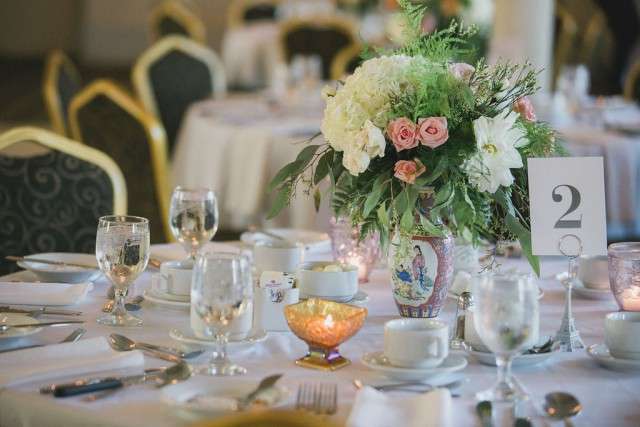 “My advice to other couples would be to not take on more than you can handle. I’m not ‘a planner’, and I knew I wouldn’t magically become one overnight just because we were getting married, so we tried really hard to keep things as simple as possible so I didn’t lose my mind. Plan the wedding that feels right for you, not what you think people expect or what everyone else is doing. And for the love of God, don’t spend too much time on Pinterest. It will only drive you insane.” 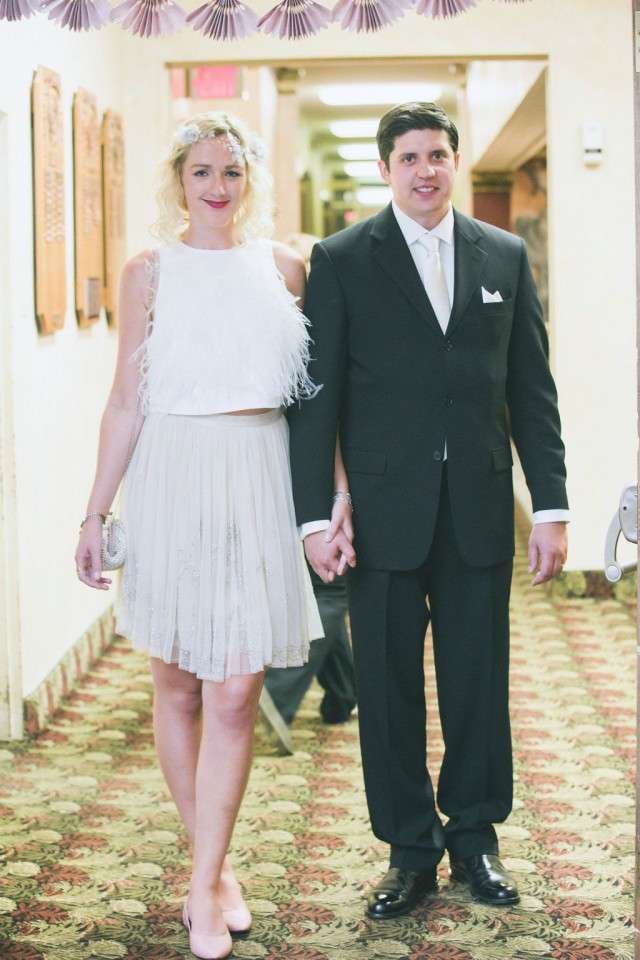 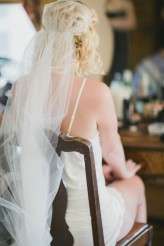 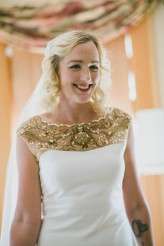 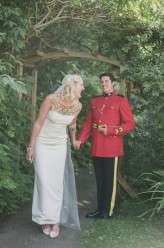 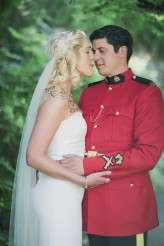 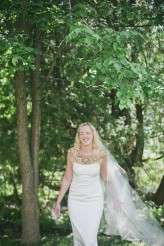 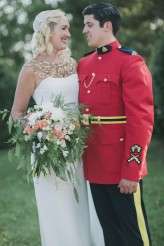 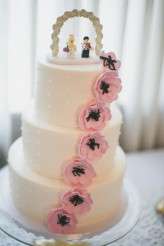 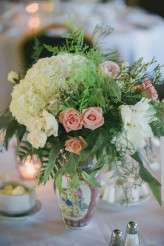 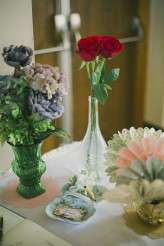 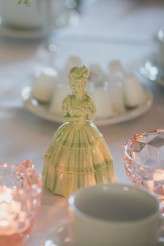 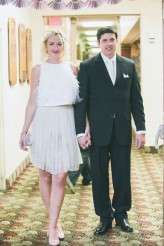