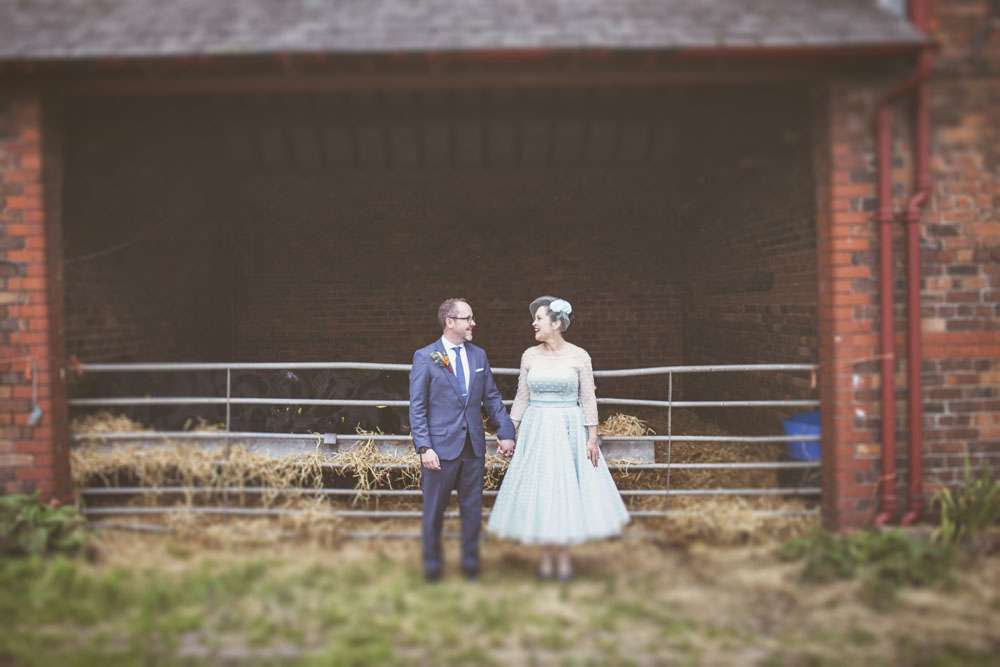 Wanting a simple, relaxed and family-focused wedding, Suzanne and Jonathan used the 1950s as inspiration but put their own twist on things. They had a church ceremony followed by a village hall reception.

“We wanted our wedding to be a relaxed and memorable day”, said the bride. “I think we achieved just that. We did away with a few of the traditional wedding formalities that we didn’t care for such as having no prepared speeches, no receiving line and no white wedding dress. We also decided against a cake very early on and opted for a brownie stack instead. We had five scrummy flavours made by our caterers. We just wanted everyone to relax, have fun and not sit around and wait for things to happen. We also wanted great food and for people to get up and dance.” 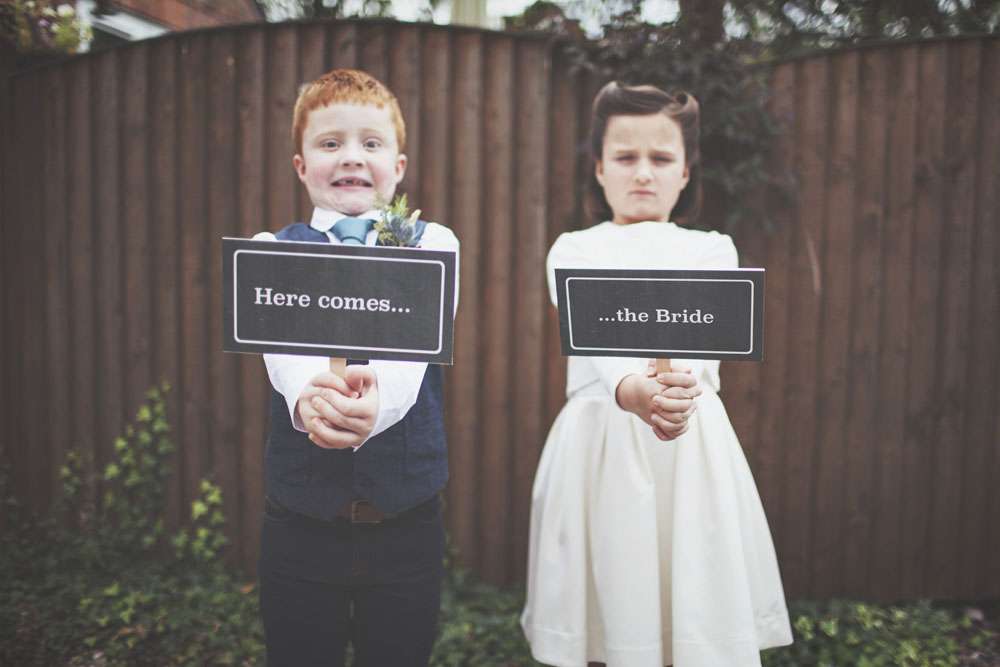 The bride wore a gorgeous blue Candy Anthony dress. “I’ve always known that I wasn’t a ‘white wedding dress’ kind of girl. I travelled down from Manchester to London for a one hour appointment at Candy Anthony. It was the only appointment I made because I was 99.9% positive that I’d find my perfect dress there. I was right. They made the whole experience amazing from start to finish. I decided on an aqua strapless dress with a matching polka dot overlay and green petticoat. I loved my dress so much, I didn’t want to take it off at the end of the night. Swishing around the dance floor was definitely one of my favourite moments of the day!” 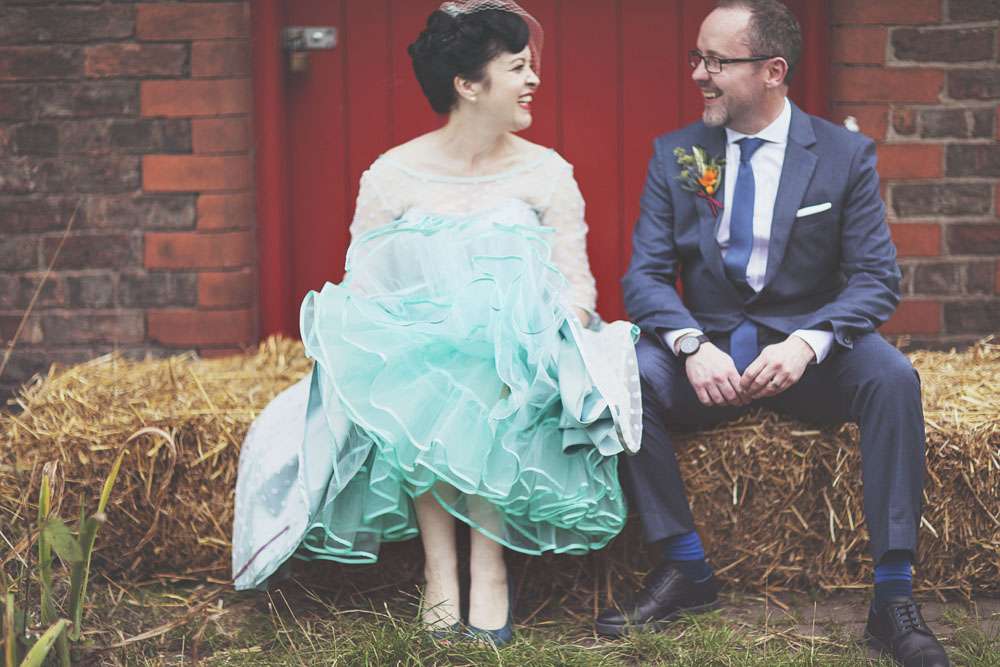 “The theme was a modern take on a 50s wedding – a relaxed, simple, family-oriented party”, she continued. “We didn’t want too many whistles and bells and most of the wedding reception was DIY. The village hall was a blank canvas so set up the entire room and decorated it ourselves with home made gingham bunting and flowers. We dressed the stage, stocked the bar, and put together goody bags for the kids (the fake tattoos and painless piercings went down particularly well). We were also lucky to have a small army of friends who volunteered to help clear up the aftermath the following day.” 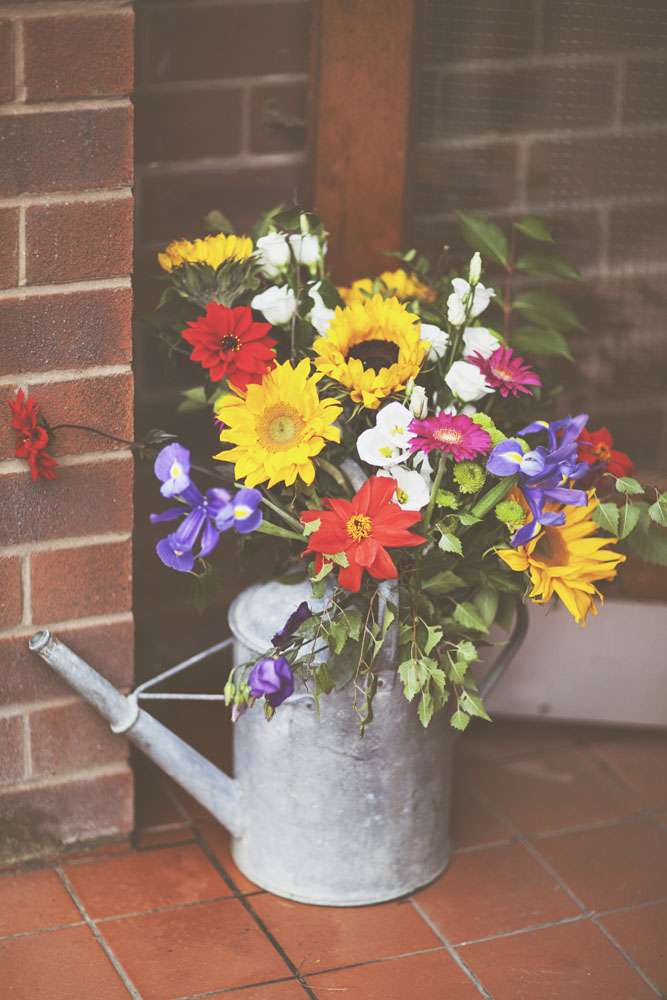 “There is nothing we’d change about our day”, she concluded. “We were able to save money by choosing a village hall (we even got a 50% discount because we were local!) We realised early on that there are no rules when it comes to planning a wedding so we put as much of ourselves into the day as we could!” 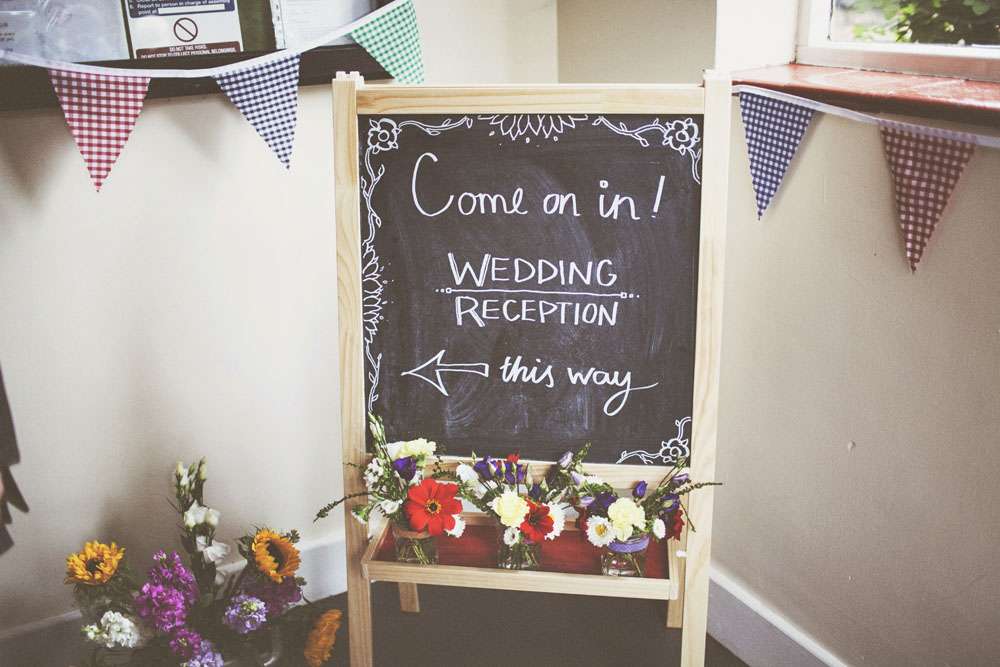 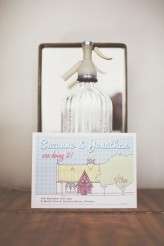 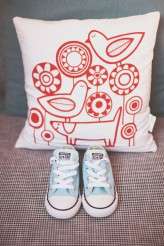 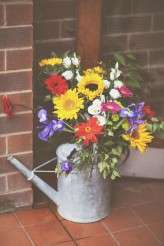 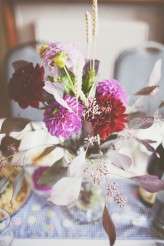 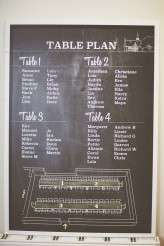 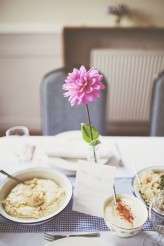 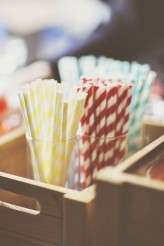 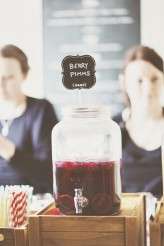 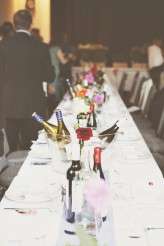 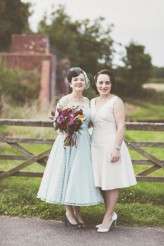 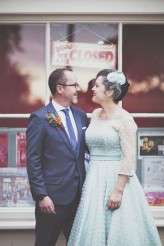 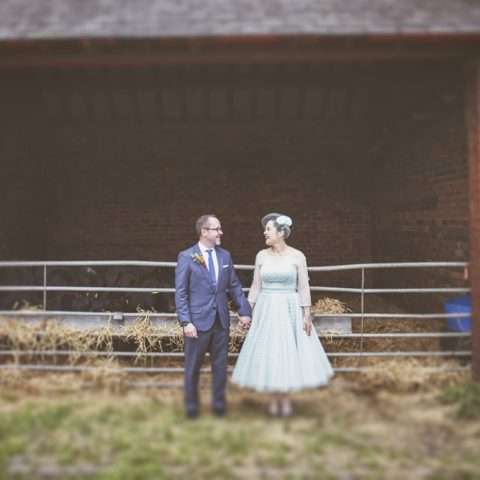 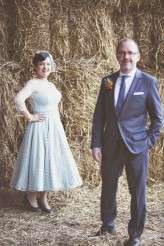 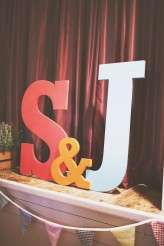 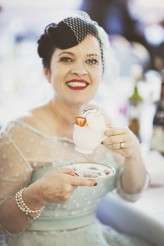 Gayle and Jay's wedding theme was nautical and geeky with a hint of vintage. They had lot of Lego, the bride carried a button bouquet and they had some paper flowers instead of real ones.