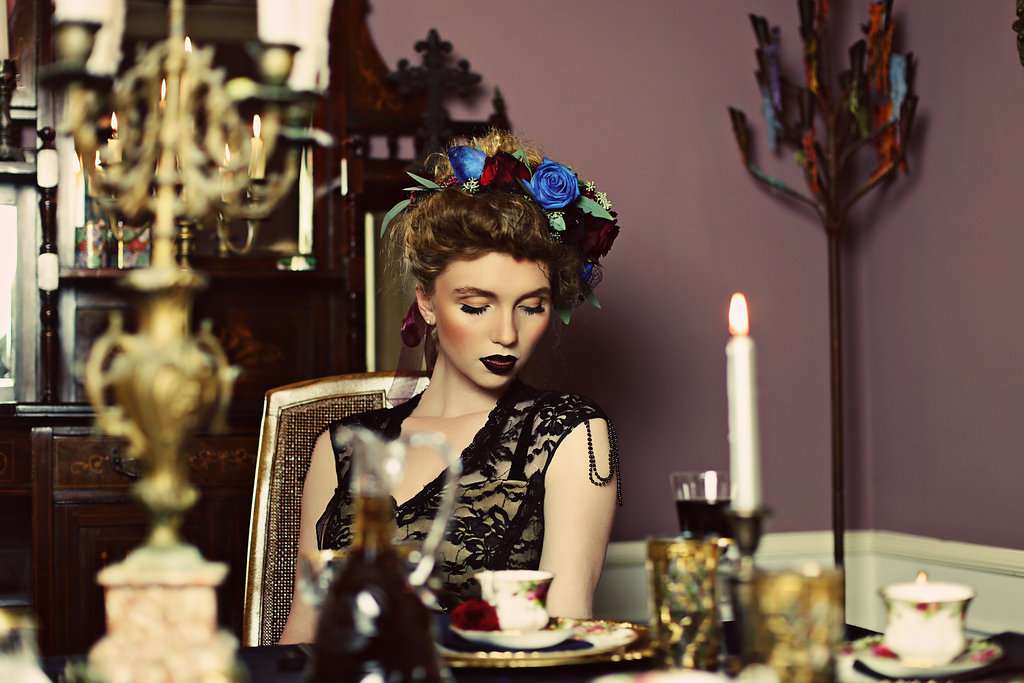 Happy Halloween! Today’s shoot is strictly Halloween themed, but I thought the Victorian gothic vibe would be inspiring none-the-less. I mean, who doesn’t love a good horror movie? 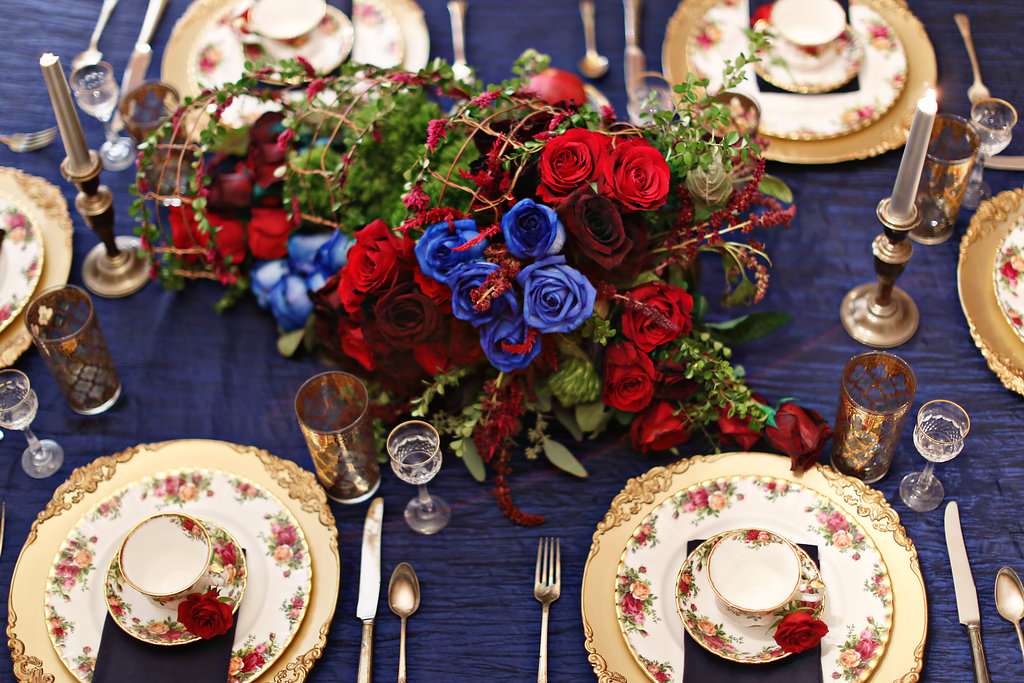 “Our inspiration was the new Victorian gothic horror/fairytale movie Crimson Peak“, stylist Jessica told me. “The key colours used in the film are red, blue, and black so we wanted to incorporate those elements into a styled bridal shoot. We wanted the photos to be romantic and a bit mysterious. We wanted to do something moody and interesting, that could be achieved on a budget.” 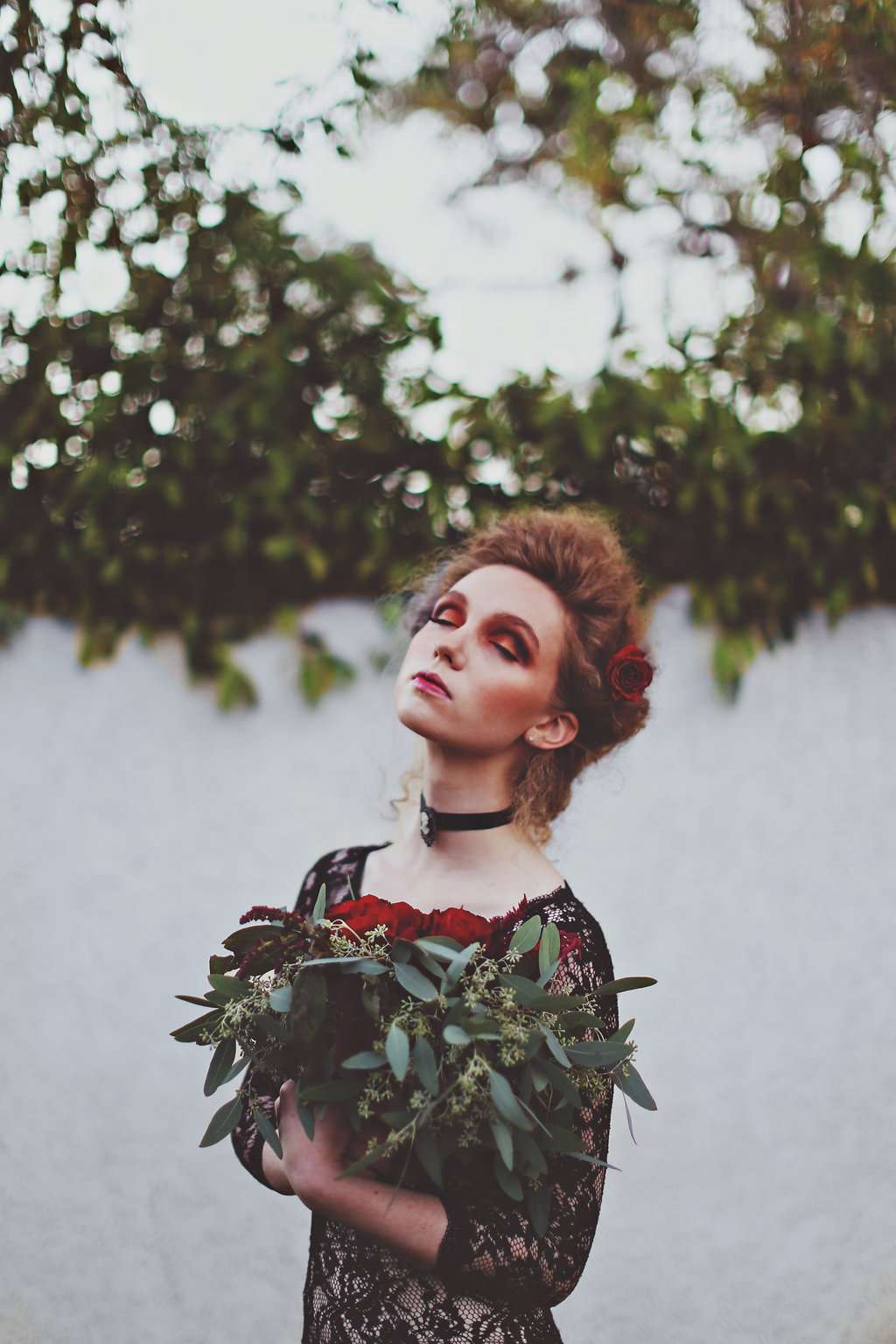 “These photos live outside-of-the-box in terms of bridal styling but we also wanted to keep things simple. We’re showing a darker vision with a bit of an edge while still being beautiful. I think it shows that you don’t have to spend a fortune to create something cool. Candles, a pretty dress, plastic chargers, an old tea set, and flowers can go a long way. We were able to create texture and depth with colour and lighting. So if a bride and groom can’t afford a calligrapher, escort cards, favours, or printed menus, that’s okay! You can still create an interesting and unique design with limited resources.” 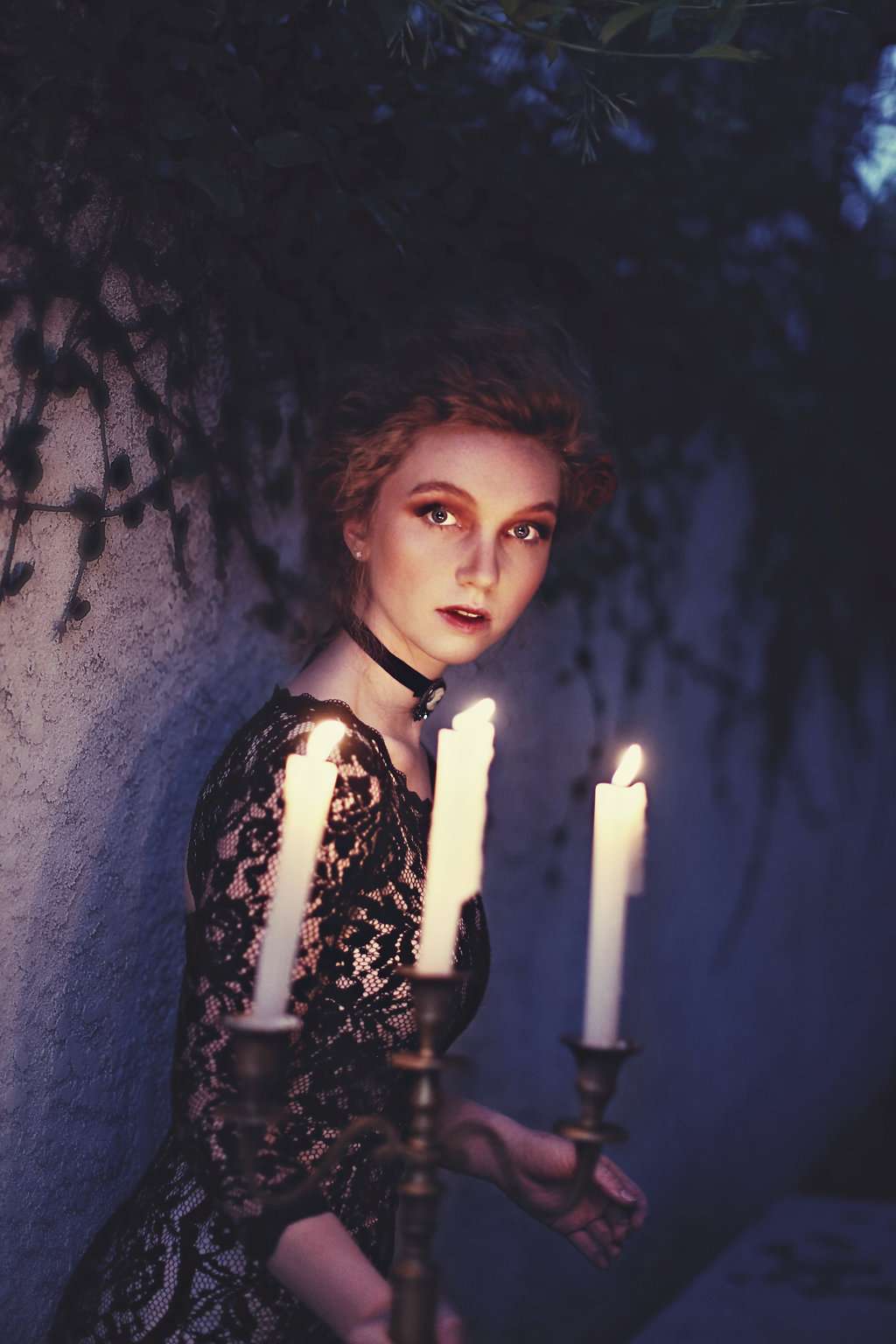 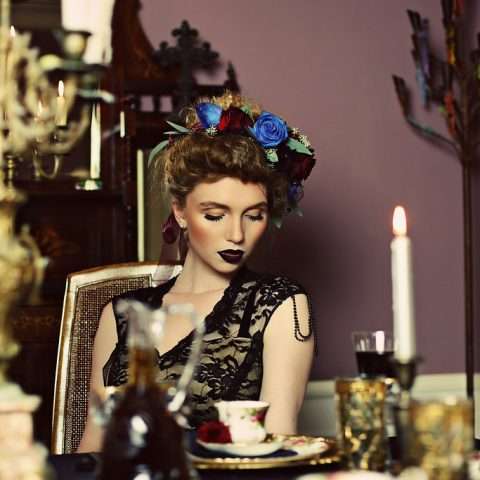 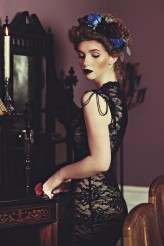 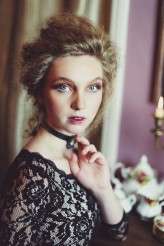 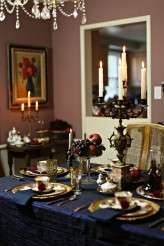 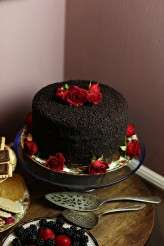 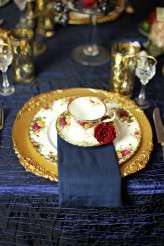 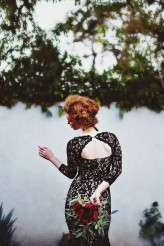 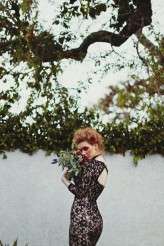 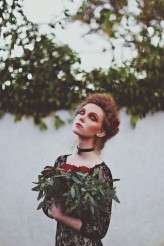 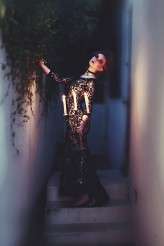 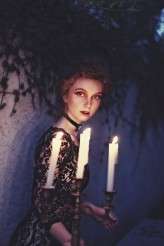