Did you know we create a bi-monthly magazine? Of course you did, because between you all you bought 1,000 copies through our website within two days of its official release date. Sure, we had pre-orders up for a while before hand but we didn’t expect to sell even half of that over the next two months! And while this is undoubtedly great news it came with some real challenges and forced us to scale up our logistics on short notice. Here’s how we did it.

From 2011 to 2014 we were self-publishing, self-distributing an annually produced magazine. It was a labour of love, spawned from a weird idea, which furnished us with far more praise than we ever expected. The business model was pretty basic: We would print 1,000 copies per issue and they would gradually sell over a 12-month period until they were all gone. Two or three times a week I would take a trip to our local Post Office to send out the orders. The counter staff there got to know me well, they knew what I was sending and between us the process became relatively efficient for its scale.

But regardless, there were times when that arrangement would prove problematic. For instance, with every new release we would have a flood of orders. The 2013 release saw us receive 198 orders on launch day alone. When I walked into the Post Office that day the manager looked understandably distraught. He put a staff member on my delivery and asked me to come back a few hours later to pay the… *ahem* sizable bill.

This all changed in January, when we started working with a 3rd party publisher. Along with getting our magazine in high-street stores like WHSmiths, their distributors would hold all the stock and take responsibility for shipping out the online orders – no longer would our dining table be a small-scale warehouse for packing and shipping magazines! Unfortunately, the appeal of leaving it to somebody else soon wore off as customer satisfaction hit an all-time low. Every week we were dealing with customers’ who were waiting for their orders to arrive. And it’s not as if there were thousands and thousands of magazines to ship, we were only taking in the order of a few hundred online sales per issue at the time. Yet in our four year magazine-selling-history we had never had so many customer service problems as we did during the first half of 2015.

So what was going wrong? There were two main problems, first was the sheer number of people involved in shipping the product. It had gone from one (i.e. me) to a dozen, spread through three different companies. Any customer queries had to propegate through the entire chain before the buyer had so much as a response, let alone a resolution, to their questions. The second problem was economics, it was only cost effective for the distributor to send out our customers’ orders once a fortnight which meant some people had to wait nearly two weeks after making payment before their magazine even left the warehouse! It doesn’t matter what size your business is, this just isn’t good enough in 2015. 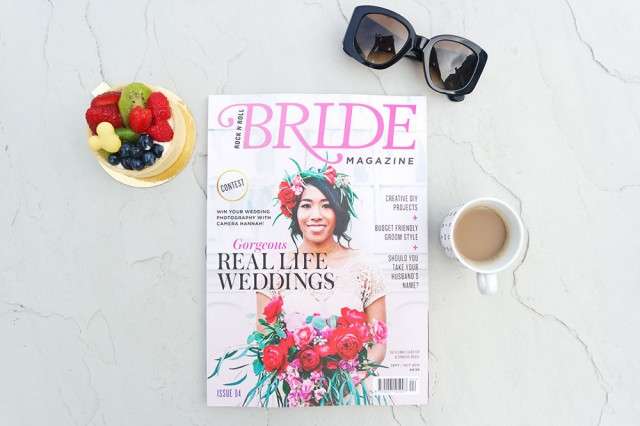 And so, from issue 4 we decided to continue publishing the magazine ourselves. We’re still stocked all over the high-street as normal but we decided to bring distribution of online orders back in-house. We formed a publishing company, signed agreements with distributors, printers, lawyers and accountants and began to make arrangements for handling the 3,000 online sales we’d forecast for the coming 12 months.

And then you happened. The 500 copies of issue 4 we’d optimistically reserved for online orders completely sold-out before we’d even gone to print. So we put in a last minute request and doubled our delivery to 1,000 magazines (in addition to the thousands of units which were being printed and sent out for sale on the high-street). Two days after general release, those 1,000 had sold. There was no way our local Post Office could deal with this volume of business so our only choice was to sign more agreements – with Royal Mail this time. Sadly, this set us back by over a week at the worst possible time and meant that we couldn’t start shipping out orders until the day after the magazine was already available to buy in the shops. We really wanted to get all the pre-ordered magazines delivered to our customers the day before and we tried everything in our power to make it happen but it just proved impossible this time around. But considering the last of those 1,000 pre-orders was fulfilled just three working days later I know we’re ready to kill it come issue 5!

So where are we now? Well, it took a lot of behind-the-scenes work to get everything set up and running properly, from the account with Royal Mail to our software integration with PayPal, our servers and our little Dymo label printer. But it means we can now provide a faster and more personal experience for those of you who choose to order your magazine directly from us. Of course you can still buy it in WHSmiths and independent newsagents, but if you want the peace of mind that you’ll definitely be able to get your hands on a copy then we’re here for you!

You just don’t wanna know how much we’re spending on stamps.

GOOD NEWS! We have a limited number of issue 4 back in stock. To place an order head over to our shop. The magazine is just £4.99, delivery within the UK is completely free and we even ship worldwide!

Do you know what day it is today? ROCK N ROLL BRIDE MAGAZINE LAUNCH DAY!!! The journey of this magazine from a small idea in 2011 to what it is now is quite a story. It actually started it's life as a free handout that I gave away at a wedding fair, but it was so popular, and the reaction online so massive, that I went on to self-publish a yearly magazine. I did this twice, once in 2012 and again in 2013. Then over the Summer last year, I got a call from a publishers who wanted to help me to take it national, aka make it a bi-monthly mag and put it in real life shops all over the UK! This little baby of mine has all grown up and blossomed into a fully fledged, legitimate wedding magazine! Oh and I'm in charge! Uh oh...

If you were one of the 1400+ (!) smart cookies that pre-ordered your copy of issue 33, then it may have already landed on your doormat, but if not, I wanted to tempt you further by sharing some little sneaky peeks inside the brand new Rock n Roll Bride magazine today. I am so very proud of this issue and I know you're going to love it!

Brighter days ARE coming and my God, are we ready for them! However you feel about the recent government announcements regarding weddings, it's safe to say that things are finally moving in the right direction. The last year has been absolutely insane but with the vaccine roll out on track and the weather starting to get better, it finally feels like the end is in sight.

I know, I know, I can't quite believe it's that time again already either! 2020 may be a lot of things, but slow and boring it is not. HOWWWW is it almost September!? You do know what that means though - the brand-new issue of Rock n Roll Bride magazine is now available for pre-order and we are PSYCHED!

Take the leap and the net will appear" is a phrase that's been going around and around my head over the past few weeks. If I'm being honest, it's been quite the rollercoaster but I am so stupendously excited to finally be able to share what's been occupying my mind 24/7!

Issue 27 is Available for Pre-Order Now!

YAY! Issue 27 of Rock n Roll Bride magazine is now available for pre-order! You can grab your copy right now and if you're in the UK you'll probably even get it before it goes into shops next week. OR, why not subscribe so you never miss an issue again?

Issue 33 is Available for Pre-Sale Early!!

Exciting news! Issue 33 (July/August) is now available for pre-order! Our last issue sold out in just TWO WEEKS and as so many of you missed out, for the first time ever, we've decided to release pre-orders for the next one early. This means we'll be able to gauge the demand a bit better and we can order enough copies to make sure everyone that wants one, gets one. If you want to guarantee that one of these babies will plop on your front mat then please pre-order yours now. UK postage is free and we ship worldwide. They will begin to ship on June 26th.