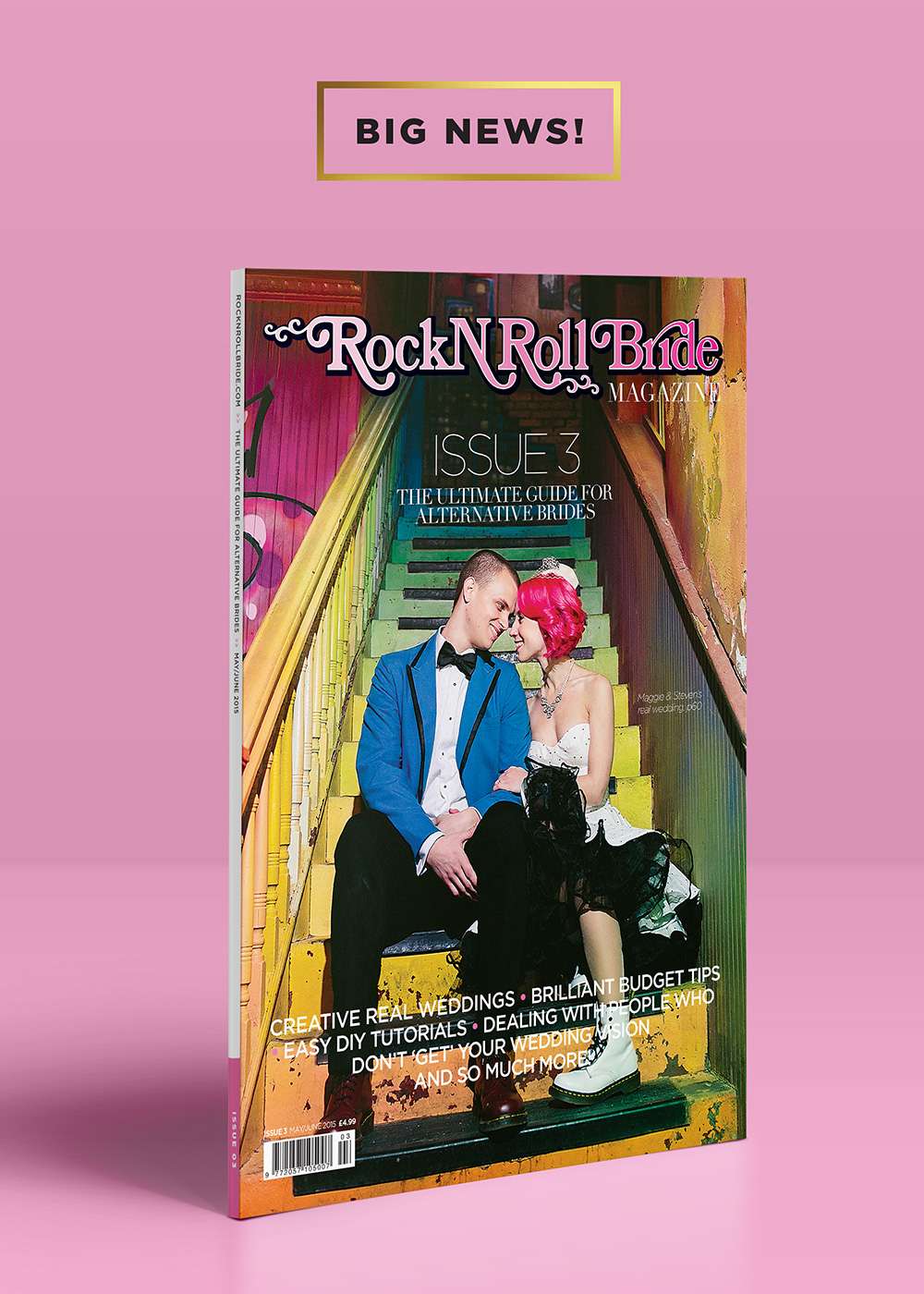 Take the leap and the net will appear” is a phrase that’s been going around and around my head over the past few weeks. If I’m being honest, it’s been quite the roller coaster but I am so stupendously excited to finally be able to share what’s been occupying my mind 24/7!

We’re having a baby… haha only kidding, sorry! But we are having a ROCK N ROLL BRIDE BABY because we are becoming our own magazine publishing company!! The response to the first three issues of Rock n Roll Bride magazine has been phenomenal. We’ve been sold-out, and out-sold much more established bridal titles – I was blown away when we were told our little magazine was the fastest selling new publication the distributors have ever worked with. Rare copies of issue 1 have already been selling for over three times the cover price on places like eBay – and there’s even a dedicated hashtag in our Facebook group to help brides track down the remaining copies in the wild! Like I say, it’s phenomenal.

Those first three issues were produced under the invaluable guidance of the guys and girls at Giraffe Media. While working with them we learnt what it takes to consistently produce a top quality magazine and get it to market. We’re grateful for their stewardship, but from issue 4 we will be bringing all the production back under the Rock n Roll Bride umbrella. In other words, we’re doing the whole thing ourselves! 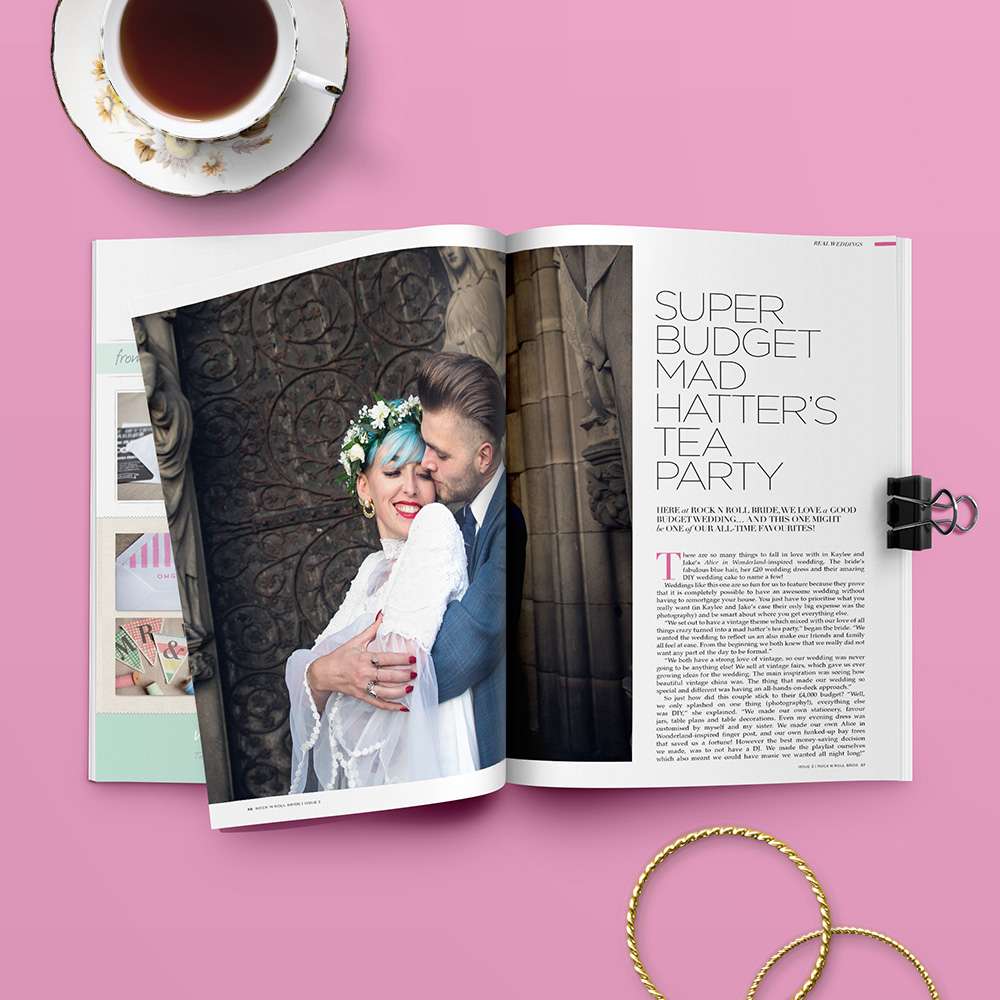 My babe Shauna of Branch is back on board doing all the design (yesssss!!) and Gareth is behind the scenes, dealing with print, distribution, legal and other fun ‘business stuff’. I’m obviously still doing all the editorial, and for now at least, dealing with the ad sales too.

So what does this mean for you? Well, the slightly bad news is that all this means there will be a delay on the next issue while we’re re-signing contracts and getting things organised at Rock n Roll Bride HQ. Issue 4 is now confirmed to hit the UK newsstands on Thursday September 3rd. I wish we could have made this transition more seamless for you guys, but I’m a firm believer that anything worth doing is worth doing properly.

However, you can pre-order the next issue RIGHT NOW! It costs just £4.99 and shipping to the UK is now FREE, holla!!

If you have an outstanding subscription via Giraffe Media, don’t worry – we’ll be in touch with you really soon. But feel free to send an email to magazine@rocknrollbride.com with your subscription details and we’ll make sure you’re on our list! 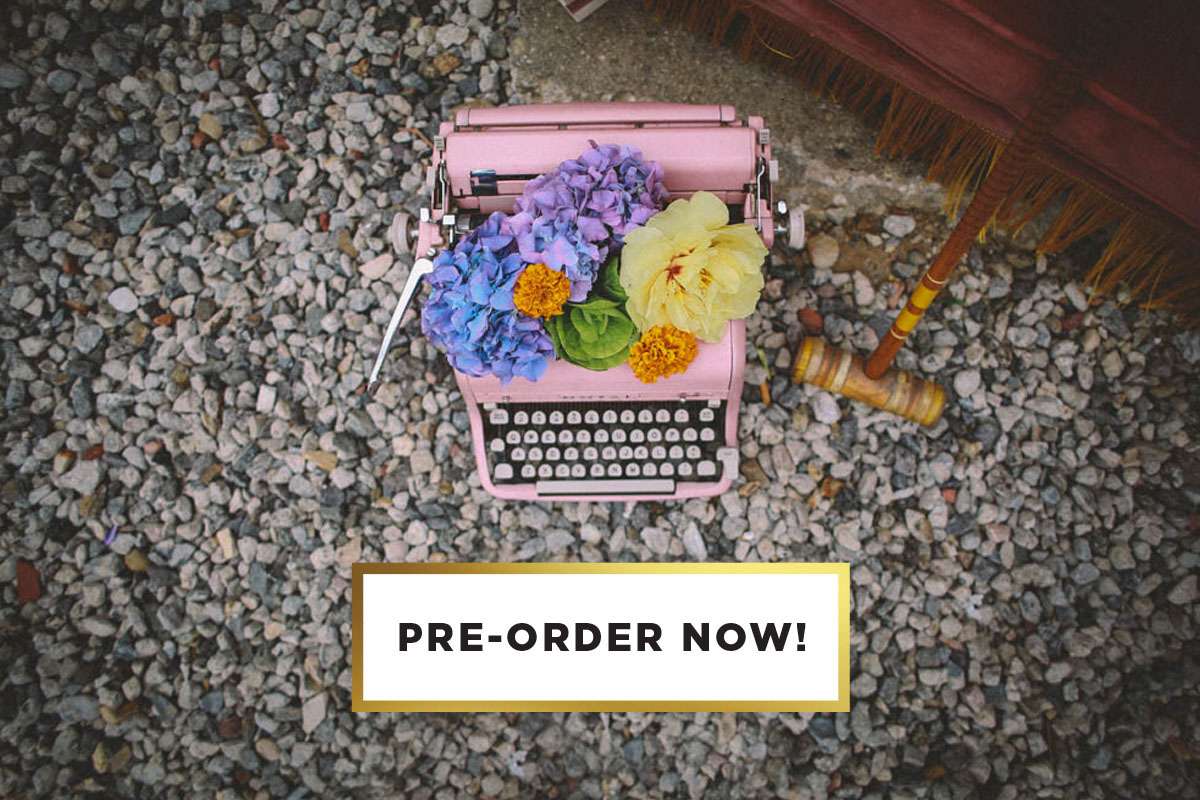 Bringing all the production back in-house means the content will always be truly reflective of the Rock n Roll Bride ethos. We’re keeping the high-quality finish and our number one priority will still be to produce the same high page count of original content that you’re used to. We’ll have the last word on the advertisers and featured companies that I really believe in, and know my readers will want to book for their weddings. So that means no pre-wedding diet bullshit, no fat-shaming, and no pressure to conform – guaranteed!

Thank you for your continued love, passion and support for this magazine. It’s only going to get more amazing because of this change (and my life a hundred times busier, obviously).

Do you know what day it is today? ROCK N ROLL BRIDE MAGAZINE LAUNCH DAY!!! The journey of this magazine from a small idea in 2011 to what it is now is quite a story. It actually started it's life as a free handout that I gave away at a wedding fair, but it was so popular, and the reaction online so massive, that I went on to self-publish a yearly magazine. I did this twice, once in 2012 and again in 2013. Then over the Summer last year, I got a call from a publishers who wanted to help me to take it national, aka make it a bi-monthly mag and put it in real life shops all over the UK! This little baby of mine has all grown up and blossomed into a fully fledged, legitimate wedding magazine! Oh and I'm in charge! Uh oh...

If you were one of the 1400+ (!) smart cookies that pre-ordered your copy of issue 33, then it may have already landed on your doormat, but if not, I wanted to tempt you further by sharing some little sneaky peeks inside the brand new Rock n Roll Bride magazine today. I am so very proud of this issue and I know you're going to love it!

Brighter days ARE coming and my God, are we ready for them! However you feel about the recent government announcements regarding weddings, it's safe to say that things are finally moving in the right direction. The last year has been absolutely insane but with the vaccine roll out on track and the weather starting to get better, it finally feels like the end is in sight.

I know, I know, I can't quite believe it's that time again already either! 2020 may be a lot of things, but slow and boring it is not. HOWWWW is it almost September!? You do know what that means though - the brand-new issue of Rock n Roll Bride magazine is now available for pre-order and we are PSYCHED!

Issue 27 is Available for Pre-Order Now!

YAY! Issue 27 of Rock n Roll Bride magazine is now available for pre-order! You can grab your copy right now and if you're in the UK you'll probably even get it before it goes into shops next week. OR, why not subscribe so you never miss an issue again?

Rock n Roll Bride blog and magazine relies heavily on the awesome submissions I receive for real weddings, photo shoots, vendor profiles and freelance articles. Without them I wouldn't have enough content to keep updating as often as I do!

Issue 33 is Available for Pre-Sale Early!!

Exciting news! Issue 33 (July/August) is now available for pre-order! Our last issue sold out in just TWO WEEKS and as so many of you missed out, for the first time ever, we've decided to release pre-orders for the next one early. This means we'll be able to gauge the demand a bit better and we can order enough copies to make sure everyone that wants one, gets one. If you want to guarantee that one of these babies will plop on your front mat then please pre-order yours now. UK postage is free and we ship worldwide. They will begin to ship on June 26th.