Sally and Jacques were legally married in September 2014, however they wanted to have a casual beach wedding so had a non-legal blessing with their family and friends there in January of this year. “We did not want to have a long boring ceremony”, said the bride. “We’ve both been so so many weddings with long boring sermons and we didn’t want that for our own.” 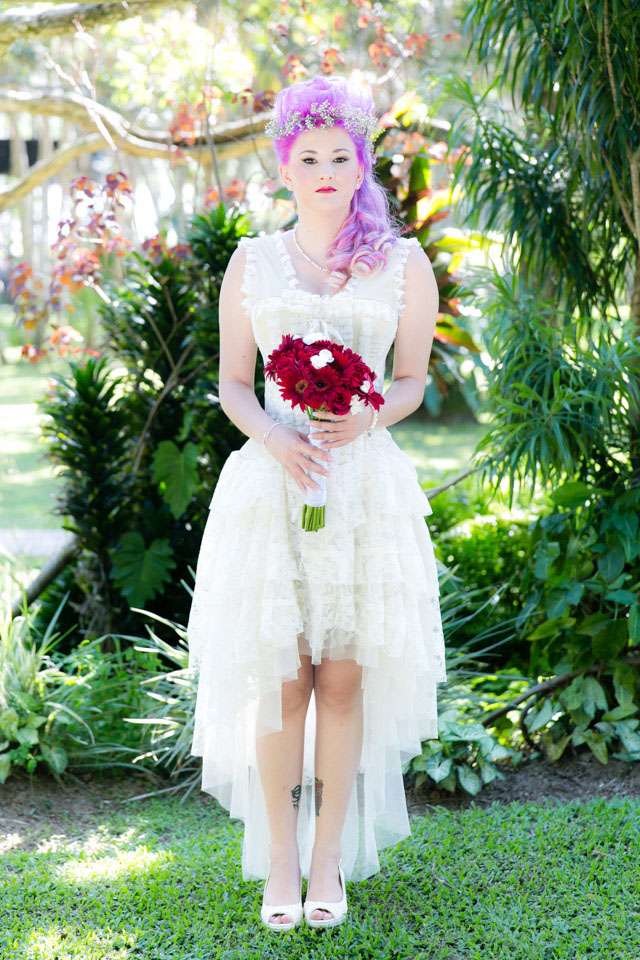 The day was held at The Umtamvuna River Lodge, a unique wedding venue and holiday destination set in a tropical paradise on the banks of the Umtamvuna River. “We kept it sweet and simple. The Power of Love by Gabrielle Aplin played and we both entered by horse. Jacques came over to me and helped me off mine and we walked down the aisle together. We exchanged rings, gave a hug and kissed. Said we loved each other and bam! It was done. That’s how we liked it.” 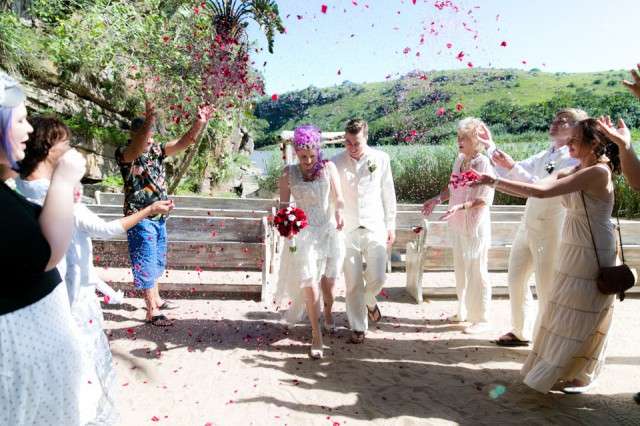 The bride also wanted an unusual and different wedding dress. “I did not want to spend too much money on a dress”, she explained. “I also did not want something average looking. I spent weeks looking as we live miles away from bridal shops and all the ones that were near us (but still two hours away!) had nothing that appealed to me. So I started looking online and I found the dress. I ordered it from Germany and I still paid less for it than what I would have paid to by a more traditional one here. My headpiece was fresh flowers and my hair was inspired by Marie Antoinette.” 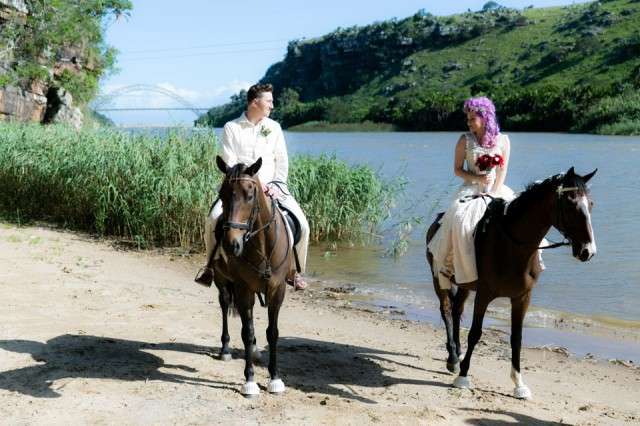 This desire for everything to be unique and different filtered through the entire wedding. “I was never really into the whole ‘wedding thing'”, Sally said. “The formalities scared me and it all felt very overwhelming. I also didn’t see why a piece of paper made any difference. However, after meeting Jacques I realised that making it official was special. It’s also good to be certain about your future with your best friend and partner. The paper might technically mean nothing but getting married is such a special moment to show that you want to be with that person forever. I can not imagine anything more great than that.” 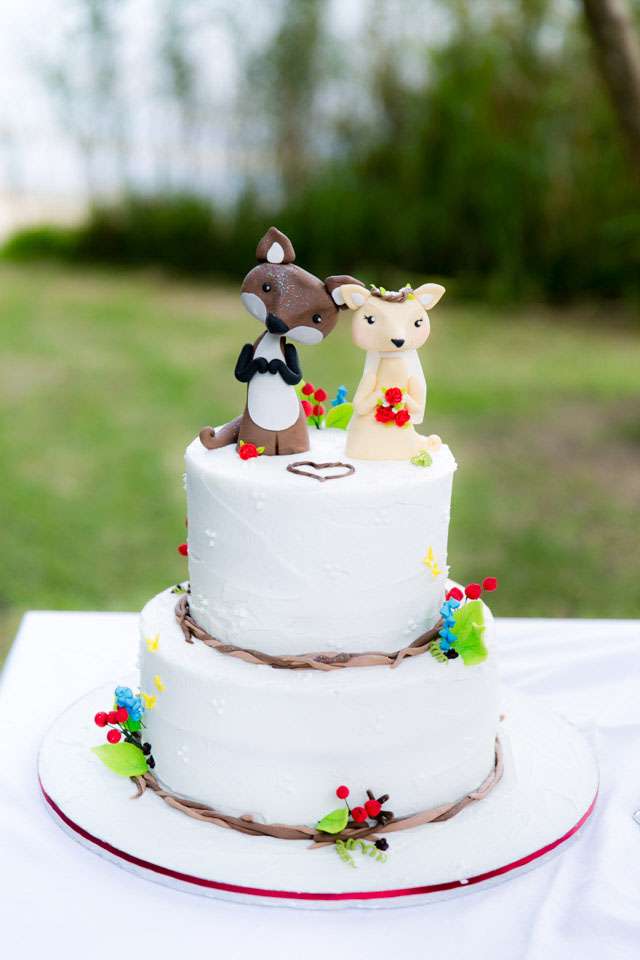 “We wanted out wedding to be comfortable and fun. We wanted no stress and for it to feel like a holiday. We both also thought it important for our two families to bond as a lot of them have not met each other before. We got married on the Saturday but had all of our wedding guests come down the day before. We had a nice BBQ and everyone relaxed and got to know each other.” 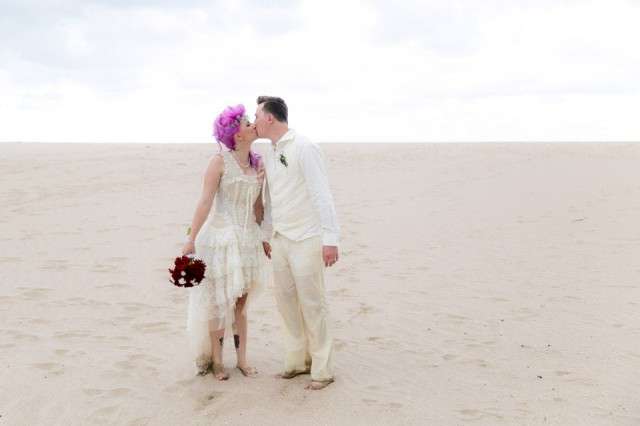 “The theme for our wedding started with one of our favourite movies – Fantastic Mr Fox. We wanted to get foxes in there but not for it to be too themed. Our Save the Dates had foxes on and our ring box had them on too. We also had fox cake toppers. I think after a while we liked so many different things that we sort of went off topic, but it still all worked together as it was stuff we liked and it was our day!” 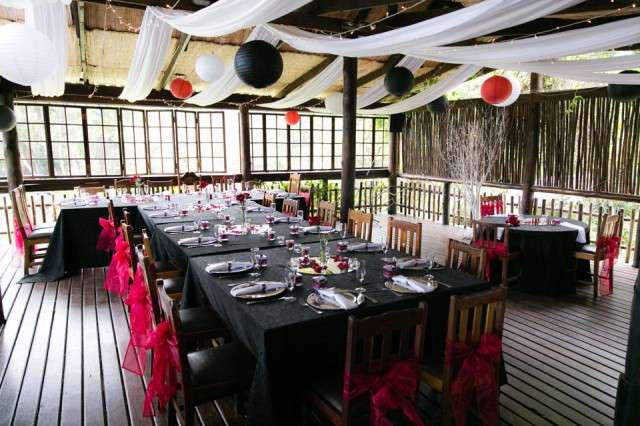 “The only thing I’d change about our wedding is that I wish I’d taken up people’s offers of help”, Sally concluded. “I was too concerned that I might be bothering people! So my advice to other couples would be to include friends and family as much as possible, it will make them feel special.”

“And don’t be afraid to do something that is a little bit different”, said Jacques. “And boys, get involved in the planning process! I am sure your future wife will appreciate it!” 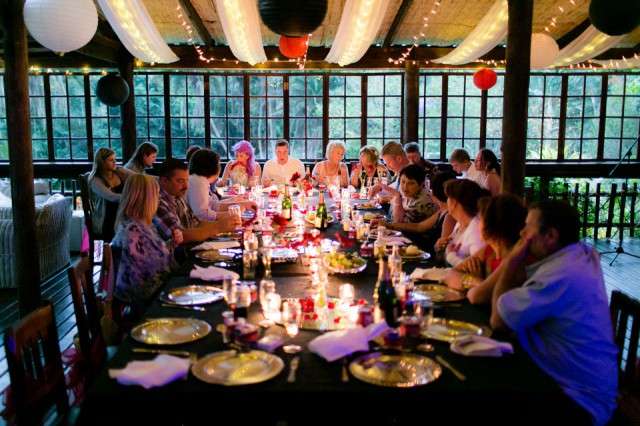 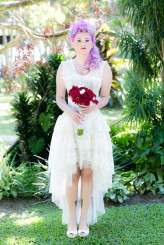 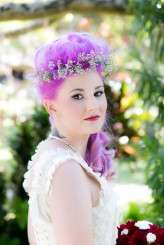 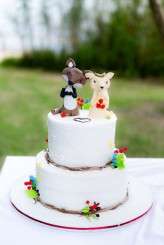 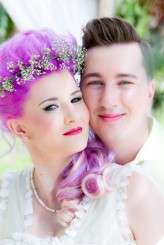 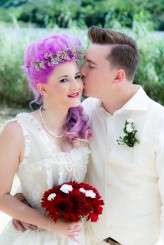 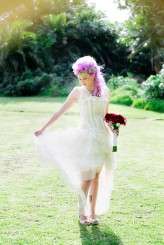 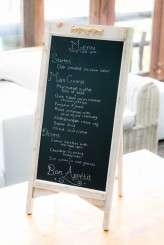 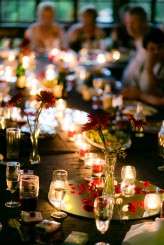 Kyle and Lauren wanted a completely casual wedding and that meant no DIY! "How do people find the time?!" Lauren laughed, "We both work very stressful full time jobs and as much as I would have loved to do a variety of cute and quirky crafty bits, we simply did not have the time." This attitude filtered through to the rest of their wedding with the simple cocktail style tables, the finger food and the bring your own bar.

Super bright orange and blue were the main colours Tyrone and Rozlyn picked for their South African wedding in November. From the groom's trousers to the bridesmaid's dresses and Rozlyn's customised shoes, the day oozed colour and style. After their Anglican church ceremony, their reception was held at Freedom Cafe in Greyville, Durban.

Chirese and Jannie had a fully DIY wedding at a game lodge in the heart of the Waterberg Mountains in South Africa. Their theme was bohemian and creative with a hit of geekiness thrown in for good measure.

So it turns out you all loved the top 20 huh? Well I did too and to be honest it was really blooming difficult to narrow it down to just 20...fancy seeing 20 more then? I've only featured weddings that are older than about 4 months (past 50 pages in - there are well over 100 pages of old posts on this site...oh yes!) because otherwise I would have been here forever. Again, let me know what you think!