Laura and Aidan were married on the stage at Wakefield Theatre. They had a small wedding budget, spending just £3,500, but their wedding was every bit as special as one with 10 times the money in the pot!

“The stage was set up to have a starry night backdrop and tea lights in jam jars scattered over it”, began the bride. “Someone has commented it was very midsummer’s nights dream, which wasn’t the theme but it did look like that. It felt very romantic and special and because we were on stage away from people it felt actually very intimate. It was exactly what we wanted in a venue; laid back, not overdone, faded but glamorous.” 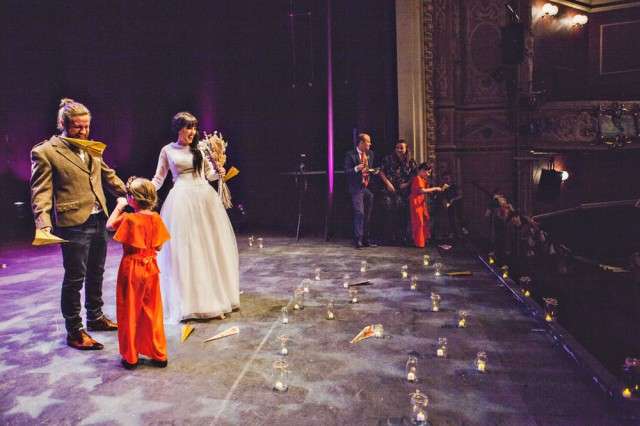 The bride wore a vintage wedding dress which she found on eBay, “My dress was a stunning princess style gown with a touch of Audrey Hepburn. My shoes were vintage Manolo Blahnik with a kitten heel in a brogue style in pale blue and white. My bridesmaids were my daughters, aged 6 and 8, and they were orange jumpsuits  from Monsoon and stripy black and white pointy shoes. My cousin, Alice, was also a bridesmaid but wore whatever she wanted. She looked great and helped out so much.” 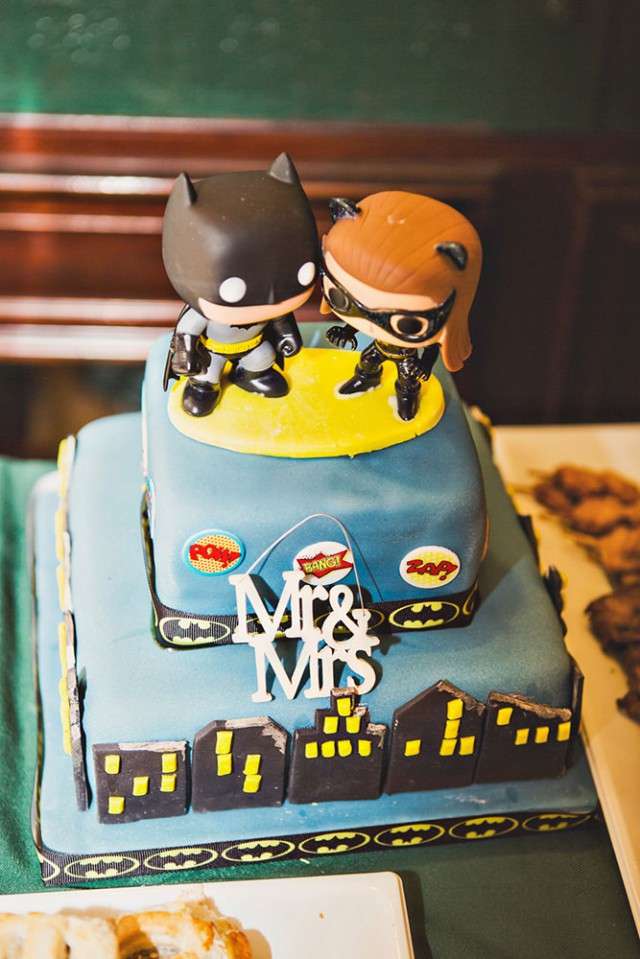 A lot of this wedding was do-it-yourself, including the Gotham City cake which was made by the bride’s aunt. “The cake was fabulous and had a batman and catwoman on the top as a nod to the fact that Aidan loves comics. Other decorations included dried flowers that I arranged myself and tied with twine and ribbon. I wanted something to keep and I wanted something muted that mimicked autumnal colours. We also made our invitations ourselves. They included theatre tickets for each guest inside that the theatre kindly personalised and printed out for us.” 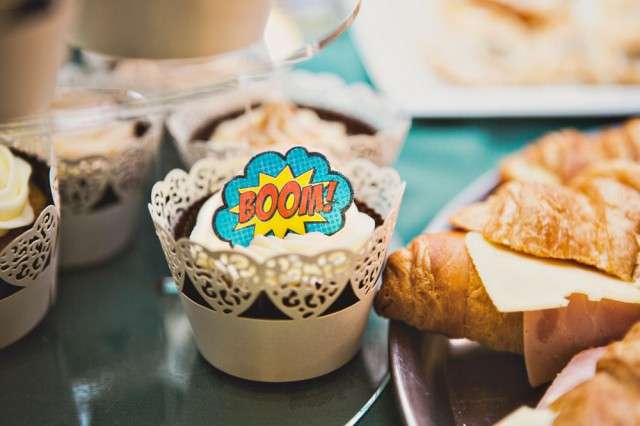 “Another thing we made and loved was the 700 paper areoplanes, which we used instead of confetti! We couldn’t have confetti due to it being in theatre, so we folded them out of gold paper and old copies of The Beano and threw them instead.  I also sourced the vintage suitcase to hold them, as well as all the paper tassels and pom poms. Aidan painstakingly chalked up the order of service, which everyone loved.  Luckily both our venues were very cool on their own and beautiful enough to not need much added. I love how they look on the pictures.” 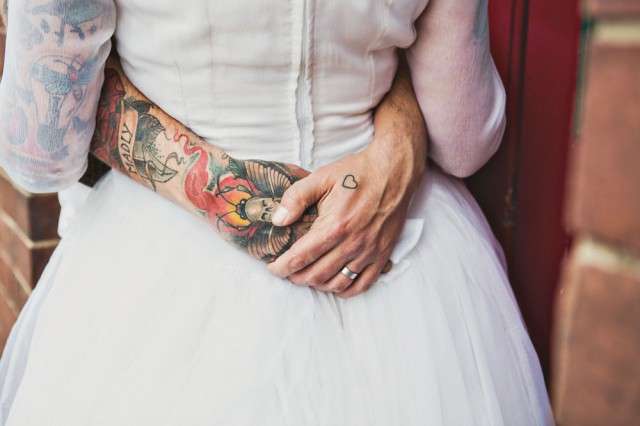 “My advice to other couples would be that the time really does fly!” Laura concluded. “Unfortunately as you spend so much time mingling you miss half of the funny stuff that happens during the day!  I loved our wedding but I would stress to people that they take time to savour each moment. Also make sure you have the wedding YOU want. Do it your way, there’s no right or wrong and don’t let people tell you what to do!”

“Our final piece of advice for having a wedding on a budget would be to think ‘Do I really need this?’ before committing to anything. We had a brilliant day on quite a small budget and I actually think I could have done it for less.” 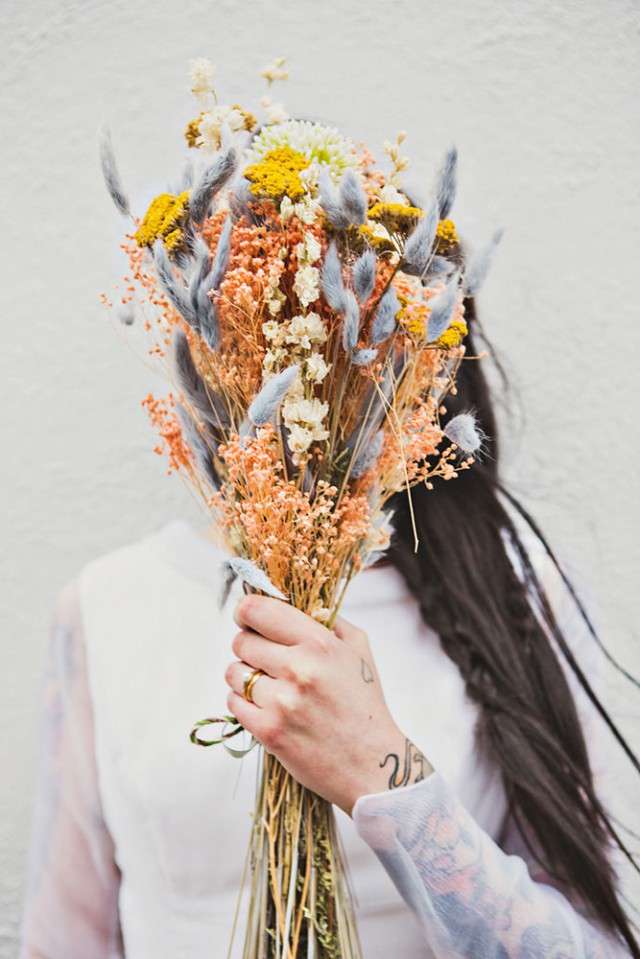 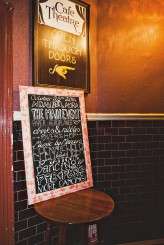 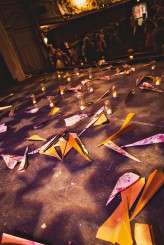 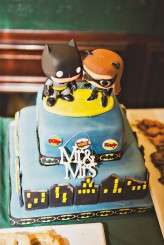 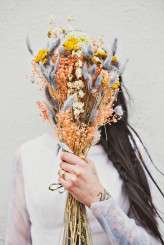 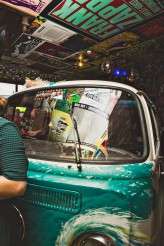 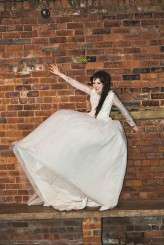