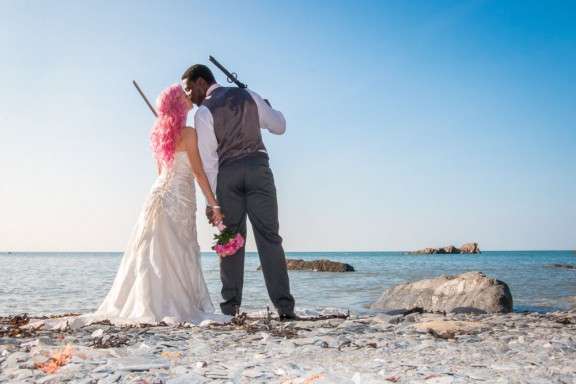 Luke and Emeline were married at Tunnels Beaches in Ilfracombe, Devon. Their unconventional wedding was quintessentially ‘them’, from the bride’s pink hair, the Japanese and video game theme and the groomsmen carrying weaponry!

“I’d describe our theme as a Japanese culture based experience”, explained the groom. “Video games, action adventure, samurai’s and of course a manga styled bride with pink hair.” 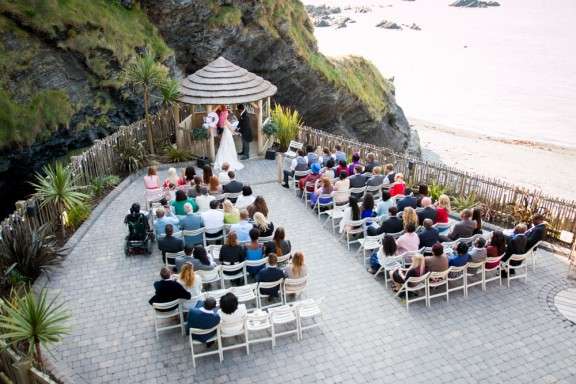 “We both wanted something very relaxed”, Emeline took over. “We wanted our guests to have fun and feel like if they were on holiday with friends and family. That’s why we decided to have a gourmet BBQ style dinner by the seaside. We didn’t have any seating plan, it was very chilled. We ate outside, with a wonderful sunset in the background. Perfect for the last summer day!”

“We had a lot of unusual elements including our groomsmen carrying hand-engraved samurai swords and crossbows to remind them of our day and to always fight for their dreams!” she continued. “It was quite funny to hear our photographer asking the wedding party to put their weapons down. Definitely not something you would expect at a wedding!” 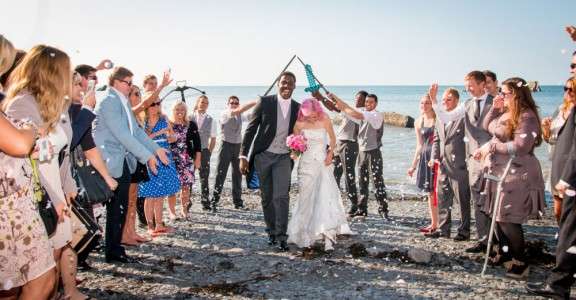 “We are both very much into computer games so we decided to have Super Mario wedding invitations (we designed these ourselves, including our custom characters). Our table decorations were 8bit designs with pearl beads.”

“The venue was our biggest expense as we wanted to do everything in one place but I really saved on my dress”, the bride said. “I tried it in a shop and loved it but at over £2500 I could never had afforded it. I just didn’t want to spend that much on a dress. I found the exact same one on eBay, worn only once. It didn’t bother me to wear a second-hand dress!” 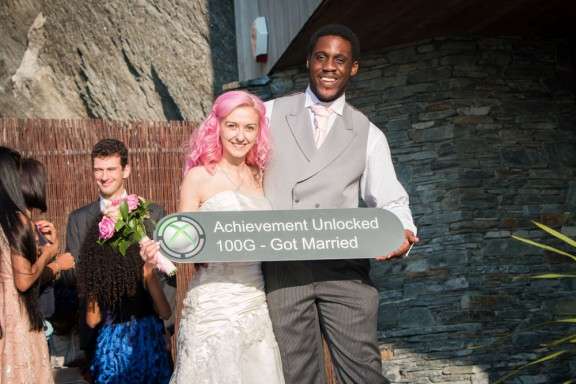 “We also saved by not having any flowers apart from my bridal bouquet from Interflora. The venue and location being so perfect, we didn’t feel the need for flowers. Plus I’ve always been against spending lots of money for flowers in general. We replaced the bridesmaids bouquets with Japanese fans, to go with our theme.”

“Do what you want to do and never limit yourself”, advised the groom. “The day will be over before you know it. So live these moments so hard that they last till the end of time.”

“If you feel like doing something, do it”, agreed the bride. “Don’t think about what people would say. It’s about you and your husband. You can get married in summer, in the snow, in your town or in Alaska, with your family and friends or just the two of you, it’s up to you guys. Live your dreams, and have no regrets.” 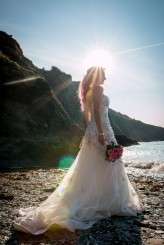 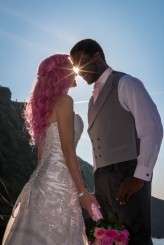 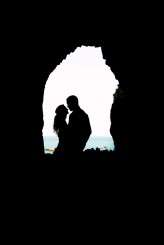 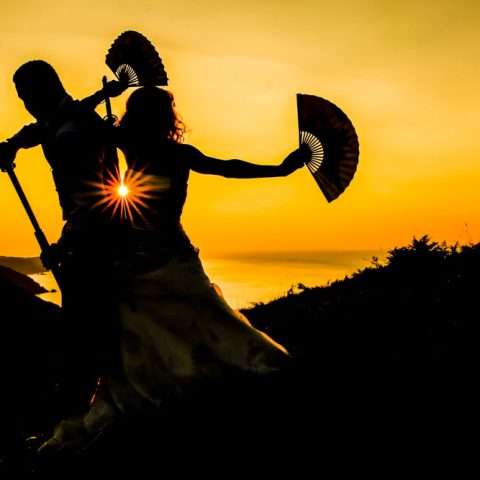 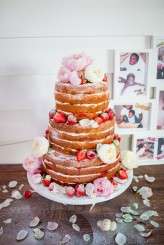