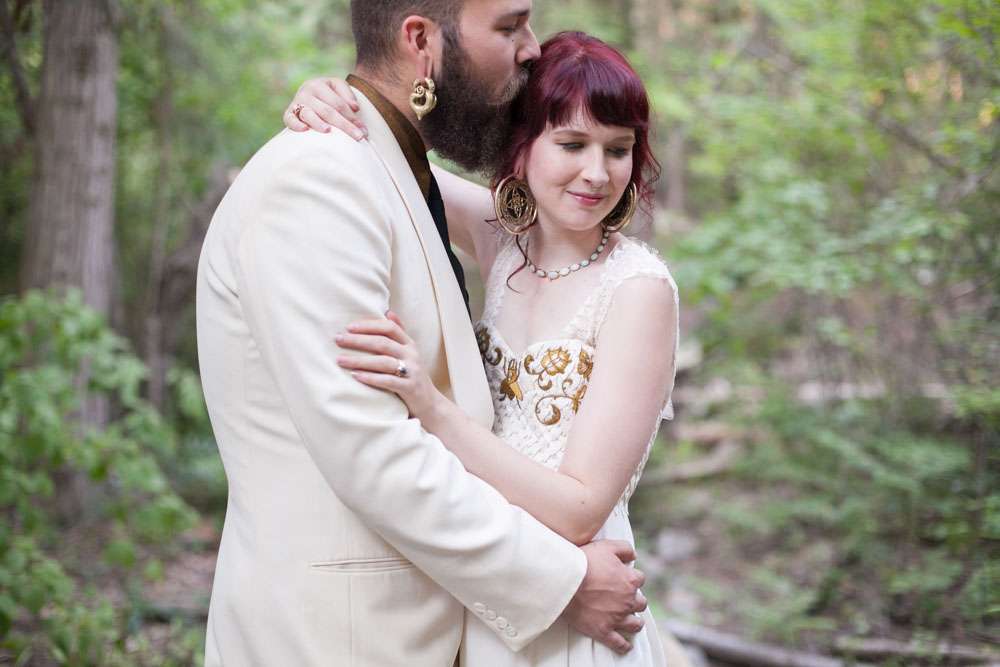 Alison and Lucas were married at the groom’s parent’s house in  Kelowna, British Columbia. They decorated the space themselves just using items from their own home as well as things already in Lucas’ parent’s house. They also had some items that friends lent them too.

“Lucas and I love each other and wanted to throw a good party for all of the people who support us in our life together”, the bide began. “If our wedding was at all different, it’s because of the individuals involved. Everything was included for a reason. Our theme was black and gold with antique and eclectic touches. We were married in the backyard and decorated with things we already owned.” 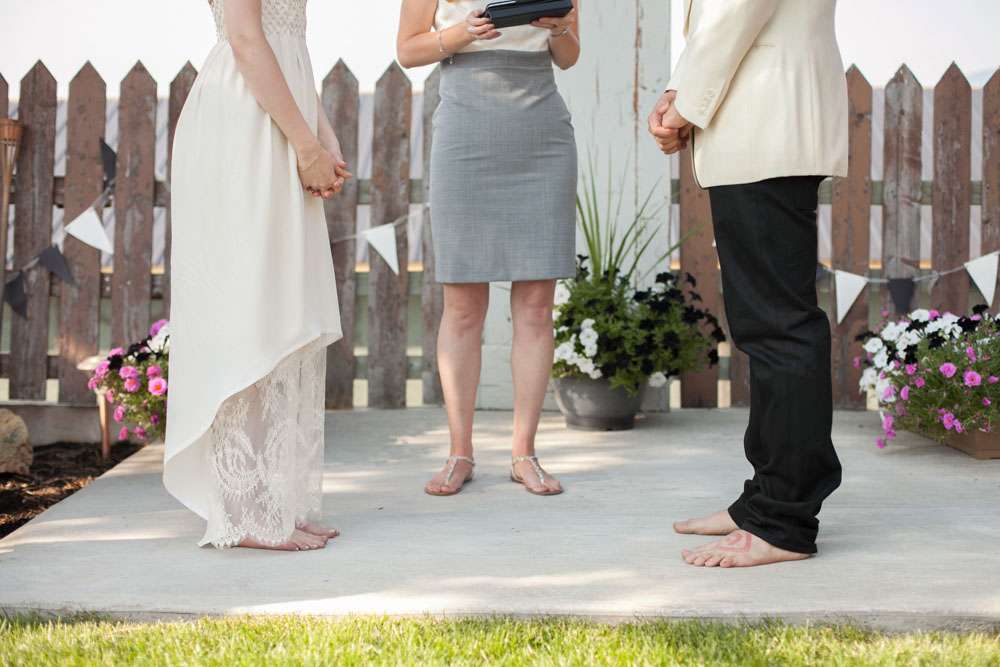 The bride’s dress was handmade for her by her bridesmaid, Michelle Lefevre, and he had bare feet for most of the day. Her gorgeous headpiece was made from paper leaves painted gold. To match, she also carried a paper bouquet. 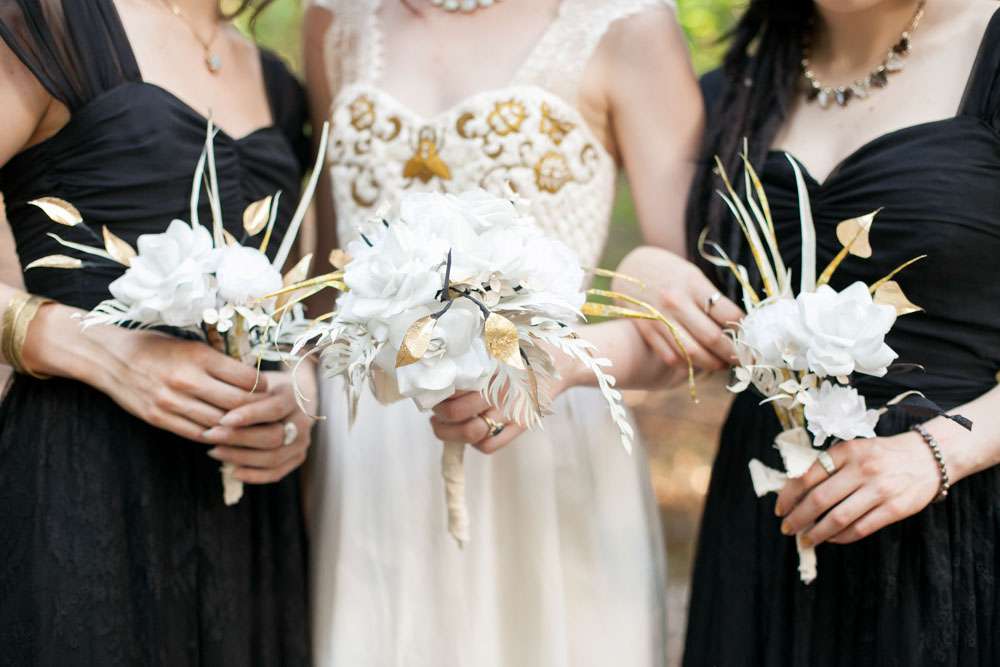 “The whole wedding was a DIY project!” she continued. “The dresses, the flowers, the hair, the table décor, the table numbers, and all the plates came from thrift stores, My dad made the slideshow, my mom made infused water coolers, and the bunting was handmade. There really was no one favorite part of the day for us – the whole thing was amazing! Our transport was my grandpa’s restored Pontiac Grand Prix and a Firetruck that we were able to use through Lucas’ dad who is the Assistant Chief firefighter at the Kelowna International Airport!” 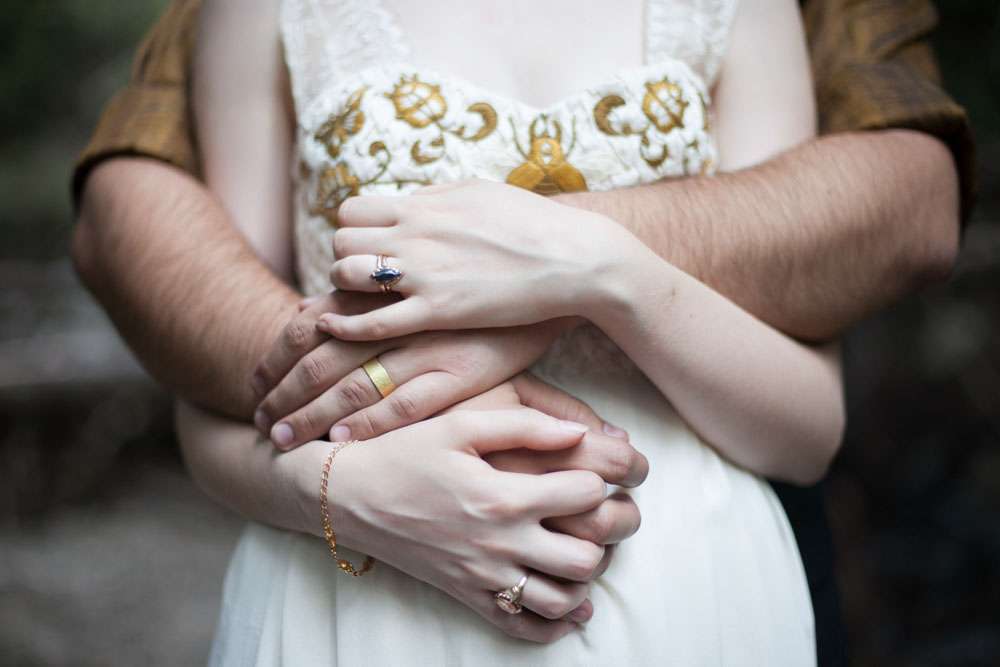 “Hilariously, our biggest expense was chairs!” she laughed. “In the very beginning I was being a little particular about which chairs I wanted, but by the time it came to rent them it really didn’t matter to me. The fancier ones were twice the rental from aluminum folding chairs and I didn’t mind what they looked like! My mother-in-law was a sweetheart and ordered nicer chairs anyway.” 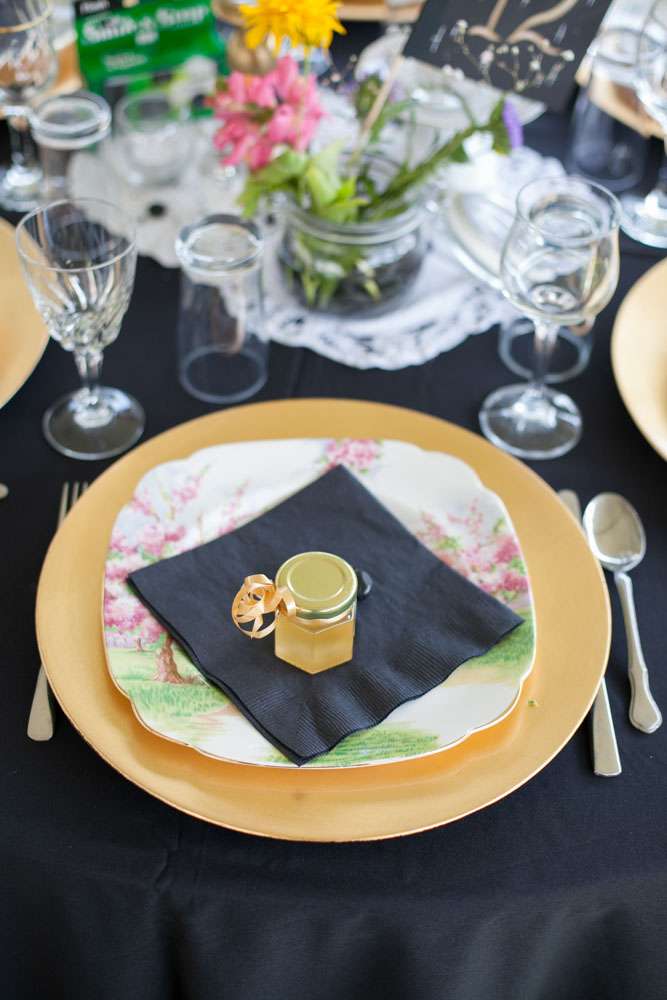 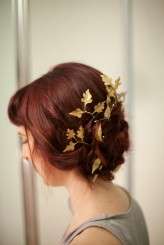 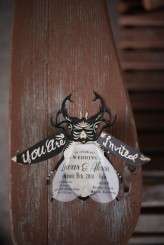 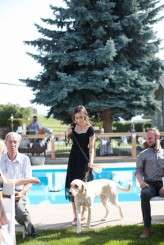 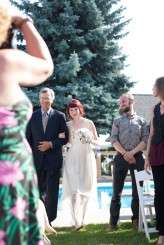 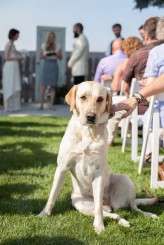 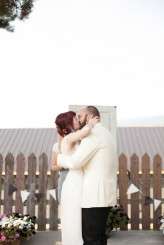 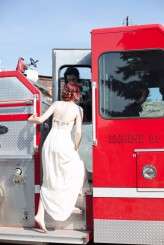 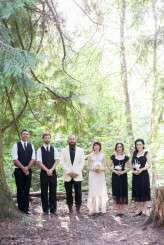 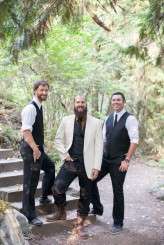 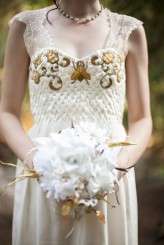 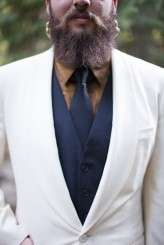 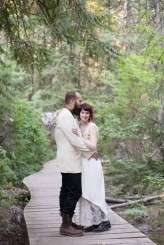 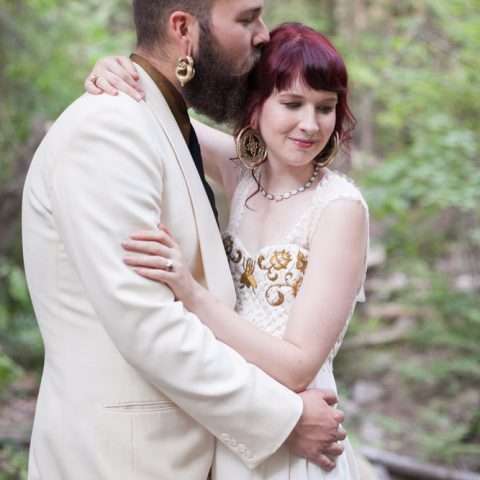 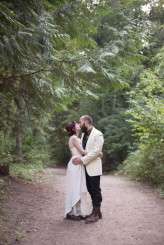 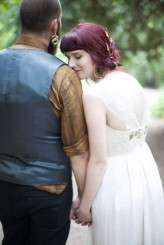 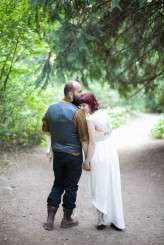 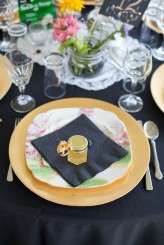 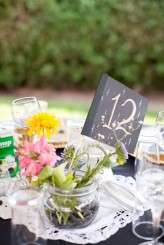 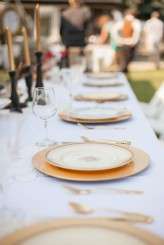 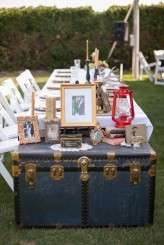 Eclectic, Handmade Wedding With A Bride Who Knitted Her Own Dress: Stephanie & Rob

Stephanie and Rob's wedding was nearly all handmade. They wanted it to have a laid back and unfussy feel but for it to be a little bit fancy. One of the biggest projects for the wedding was Stephanie's dress, which she knitted herself! "I designed and hand knit my dress from linen and cashmere yarn", she explained. "I used some turn of the 20th century gowns for inspiration, particularly for the shape of the skirt, and combined a variety of related lace patterns. I was really, really happy with how it turned out, but I think the mirroring of the pattern on the waistband is my favorite part."

Nicole & Greg were married at home, at their own farm in Port Orchard, Washington. The wedding was a DIY family affair. The maid of honour's mother baked the cake, Greg’s Aunt baked the pies and family and friends catered the event with home cooked food. A very good friend officiated the ceremony and Nicole’s mother played the harp for the processional. Greg’s mother made all the bouquets and boutonnieres and Nicole designed the invitations and RSVP cards, as well as all the decor and reception details!

Nree and Adrian were married on a Friday afternoon in February. Their farm venue set the tone and theme for the day, which they accessorised with homemade yellow details. "Our wedding was summery, relaxed, vintage and handmade", wrote the bride. "Our main objective was to keep the cost down! So styling and hand making everything was a top priority (also something that I LOVED doing). We wanted to be super relaxed and for our guest feeling relaxed on our special day, so having the wedding at Gum Gully was perfect. The sun was shining, the birds were signing and all we could smell was that sweet country air."