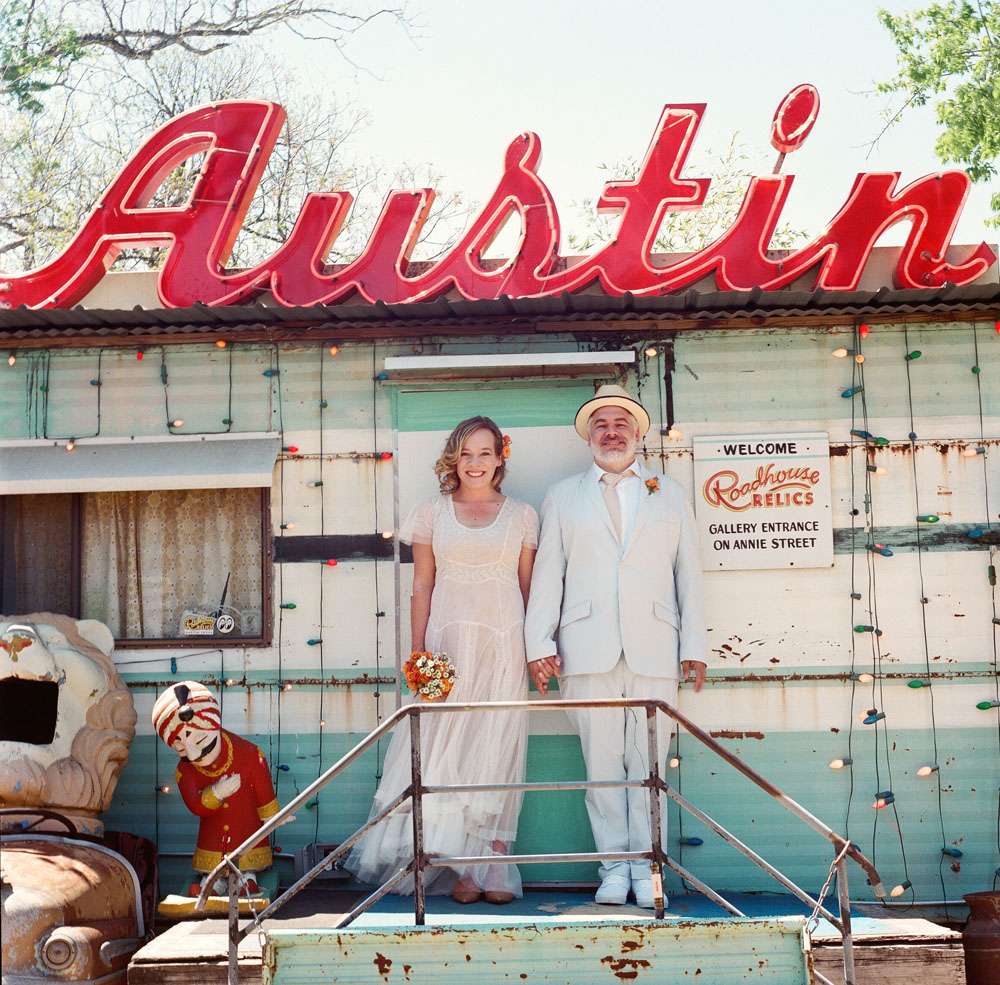 I bet you’ve never heard a wedding story quite like this one! The groom, Steve, decided to surprise his British girlfriend by asking her to marry him while on a road trip from Nashville to New Orleans. He proposed on the banks of the The Angelina River and they were married in Austin four days later. The bride knew nothing about what was going to happen on the day. With the help of wedding photographer Katherine O’Brien, Steve planned the entire wedding himself, his bride just had to show up! 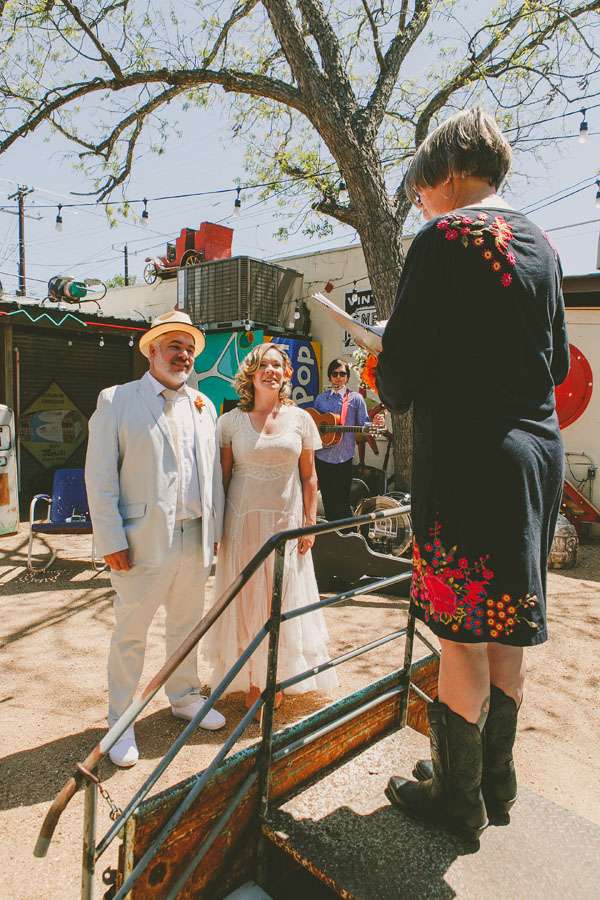 “This wedding was 16 years in the making”, explained wedding photographer Katherine. “Steve decided to surprise Katherine and asked her to marry him on their road trip this summer. All he needed was a place, some music a photographer and someone to marry them!”

“We suggested our favorites Roadhouse Relics for the space, Spike Gillespie for words, Unbridaled for a Nataya dress, a bouquet from Whole Foods, Nick Armstrong for music and Lenoir for dinner afterwards! Steve booked a house off South First and brought two custom made rings from Laura at Wood Goes Around.” 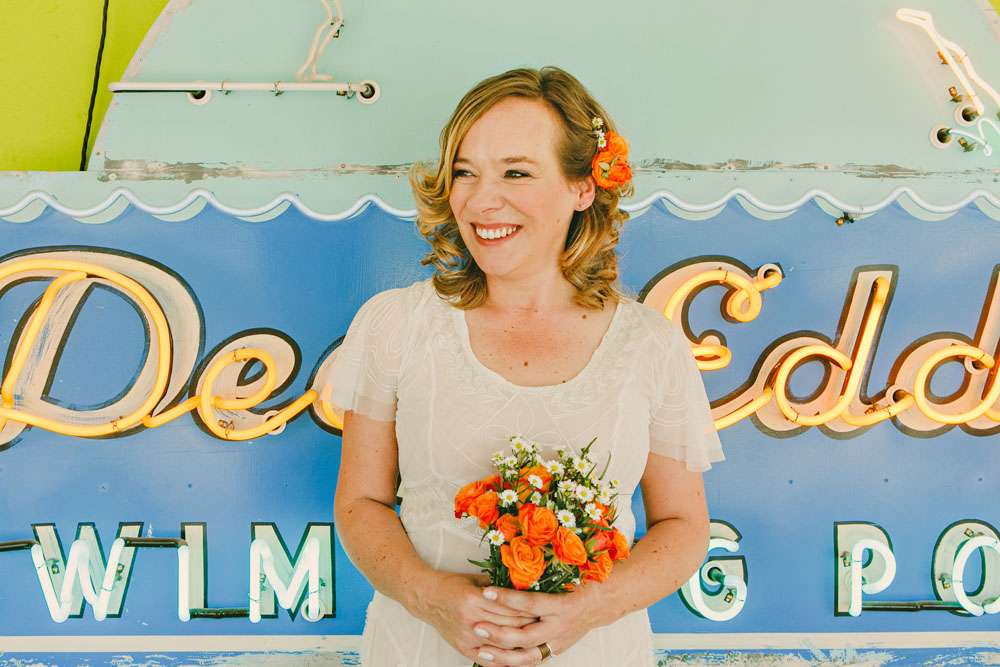 “Our wedding was tramp chic meets perfect party princess!” said Steve. “We loved every minute of it, truly. We saved money by not mentioning the word ‘wedding’. We got our flowers at Whole Foods, they wouldn’t have been triple the price elsewhere! We didn’t really spend money on anything though. What is the point starting married life with all this debt?!”

“Our advice to other couples would be to make sure you plan the wedding that you want – not what your family wants. Just have fun with it and make sure you have plenty of pictures from the day because it is over in a flash!” 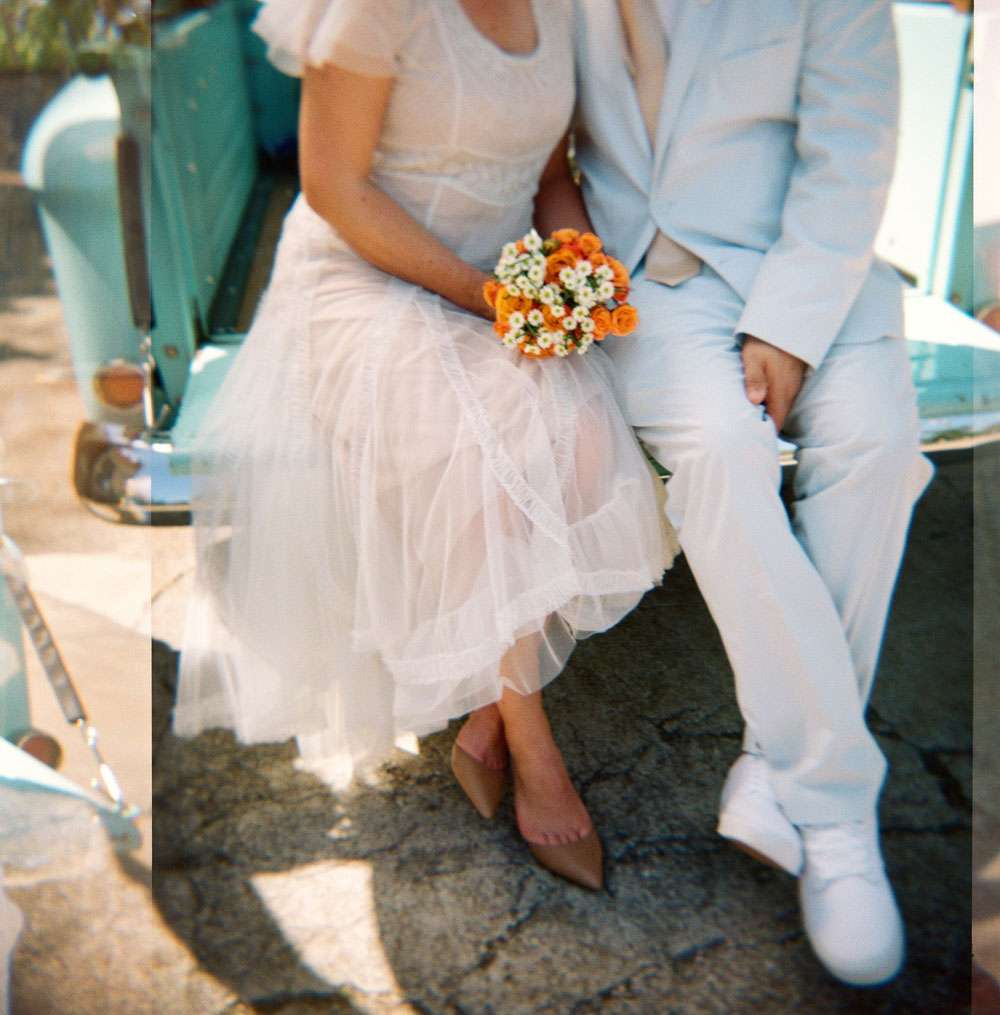 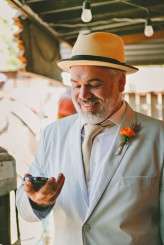 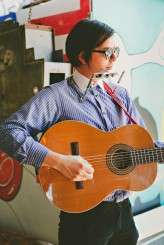 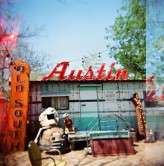 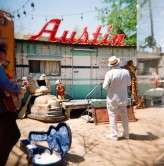 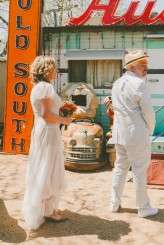 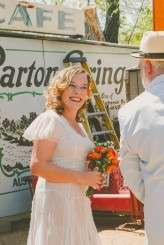 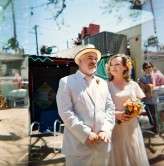 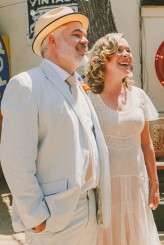 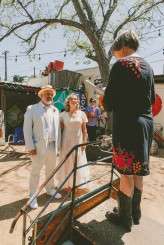 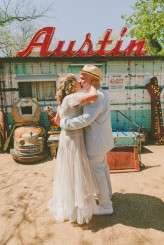 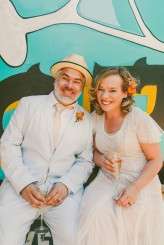 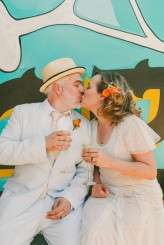 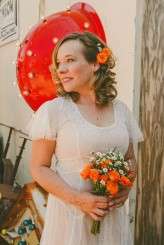 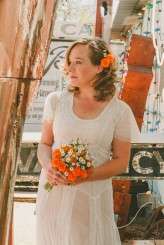 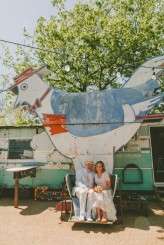 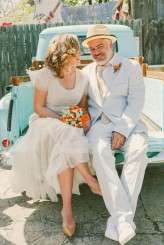 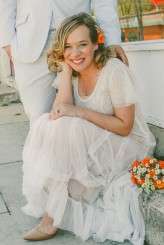 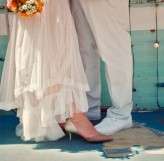 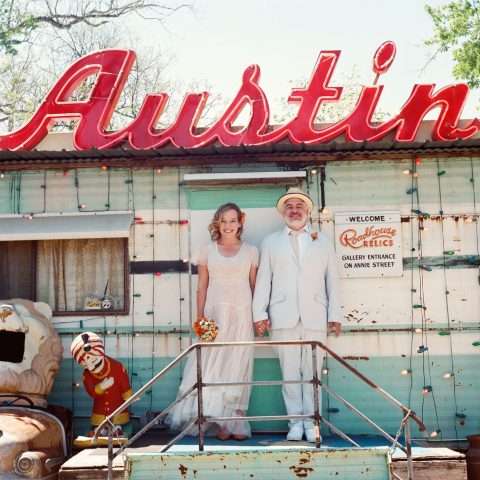 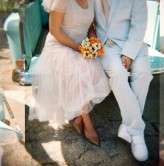 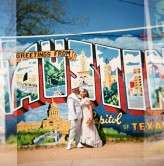 Are you ready for some serious wedding envy? Don't say I didn't warn you... Brooke and Spencer had a lunchtime wedding in Texas in June, "I met Spencer at summer camp in Ardmore when I was 13 and he was 14. We had a friendship spanning over 10+ years until we both ended up in San Marcos, Texas where our friendship grew into something more. Our ceremony was performed by one of the counsellors from that summer camp!"

Amy and Ryan wanted a sweet, nostalgic and happy wedding. They were married at Star Hill Ranch in Austin, in March. "I originally wanted a ceremony at our house, but there was no way we could ﬁt everyone, so we brought elements of our home to the venue", Amy said. "We both love mid-century ascetics, but didn't want it to be too kitschy or overdone. One guest described it as 'if Wes Anderson remade Steel Magnolias' which is a fantastic compliment if not just a really, really good idea."