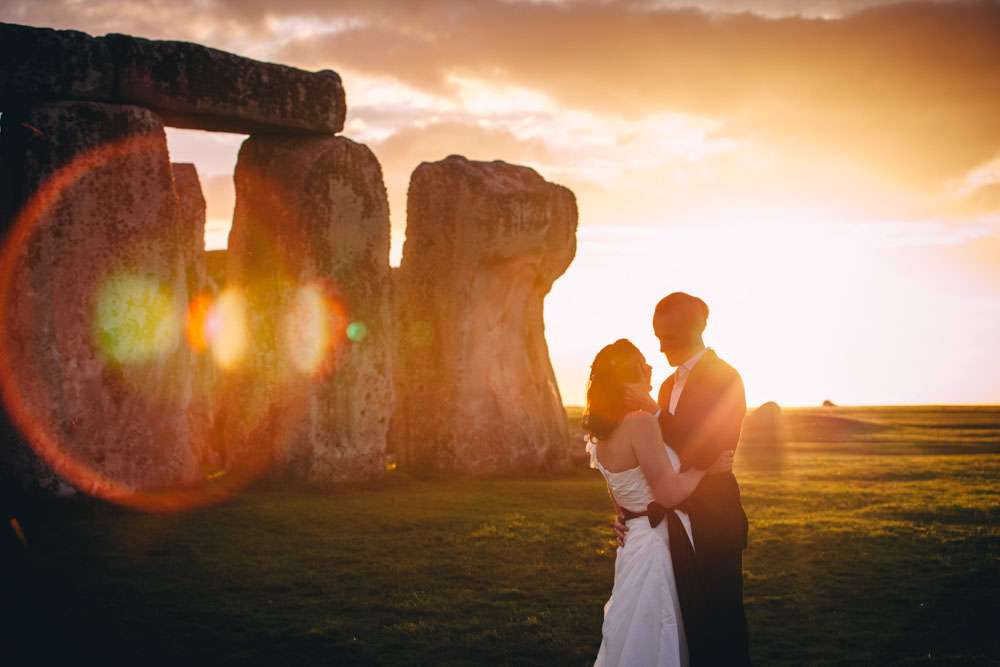 Stonehenge, the prehistoric monument in Wiltshire, England, had always fascinated Shawna and Kevin. They flew over from the US to marry there. “It is nearly impossible to describe how it felt to walk among stones that have stood there for millennia”, Shawna wrote. “They have seen empires collapse, civilisations come and go, and yet, there they stand. And while they are not as perfectly placed as they once were thousands of years ago, they are still there and will be for a long time to come. We were, and are, in awe.” 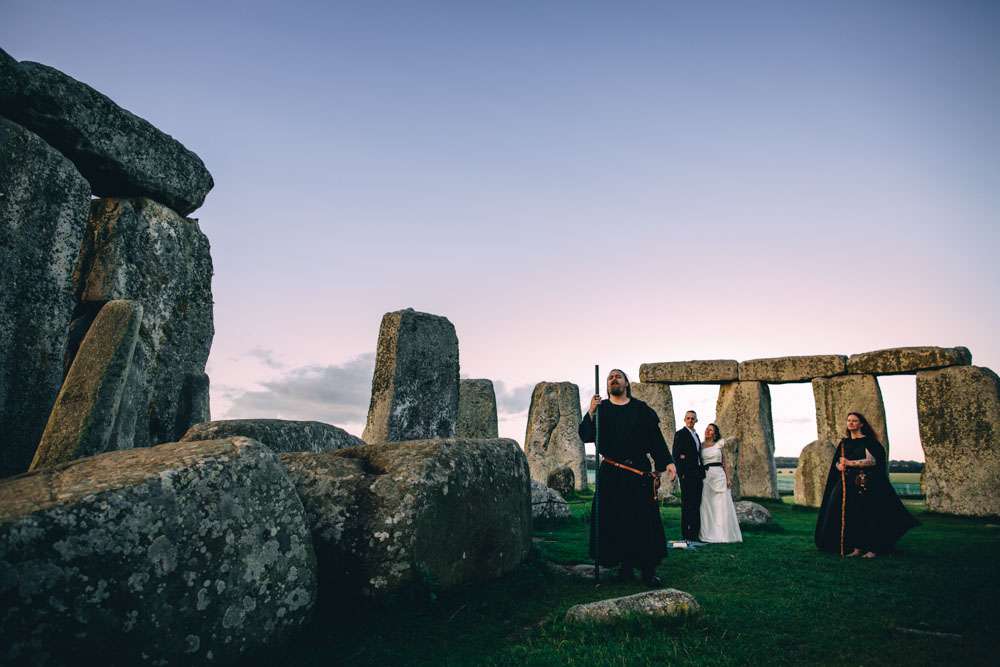 Their setting really defined this whole wedding and the ceremony was conducted by Druid priests. “Other than our attire, there was nothing normal about the wedding”, she continued. “We did everything out of order. First, we flew to the UK to get married at Stonehenge on September 16th inviting only the druids and our photographer to take part. After the ceremony, we honeymooned through Scotland for over a week. When we returned to the US, we invited our family and friends to celebrate our marriage on October 5th at an authentic North Carolina BBQ joint called The Pit – it was here that we made our marriage legal.” 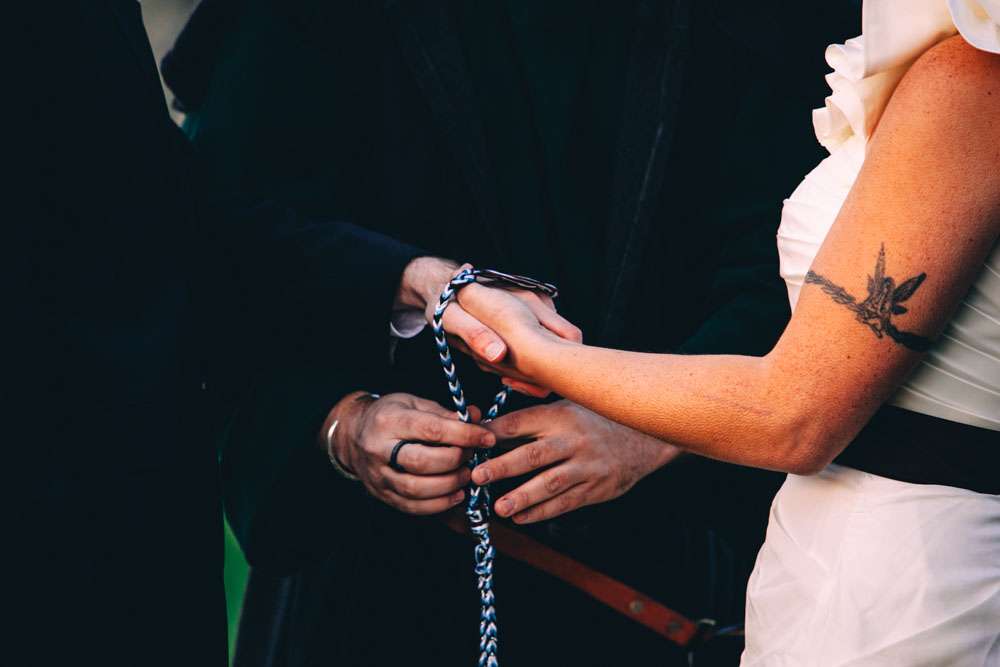 Shawna’s dress from was David’s Bridal and her shoes were Toms. She did her own hair and make up. “We saved money on the dress, invitations, and our reception. I didn’t want to blow the budget on the dress, since they tend to sit in closets for decades following the main event, so I opted for one under $300 that I could donate afterwards.” 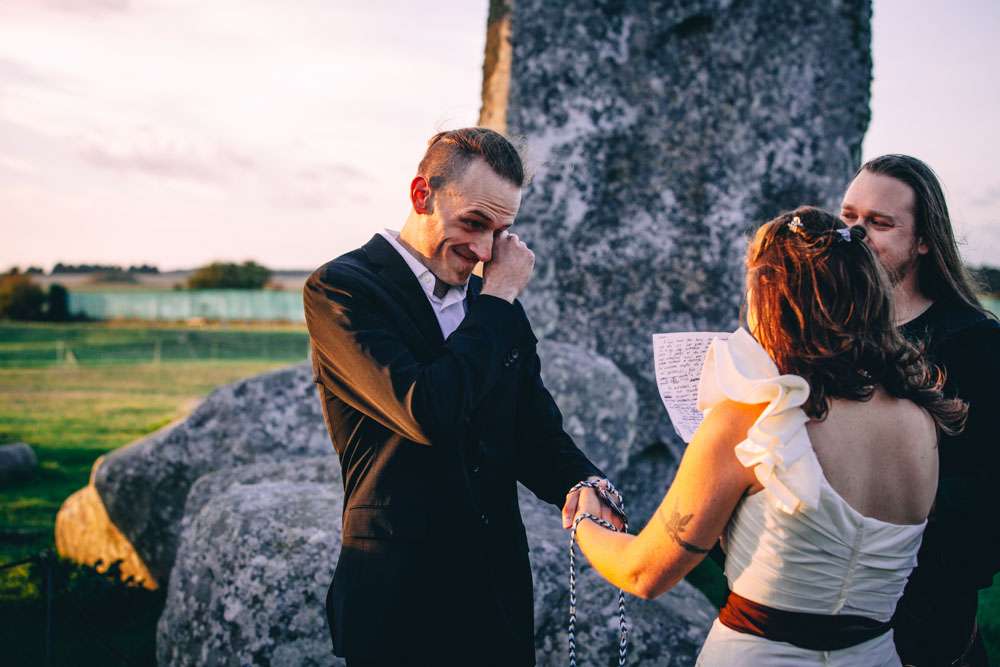 The couple have some advice for those of you that would also like to get married at Stonehenge, “Stonehenge has to be booked well in advanced for inner circle access, be prepared to call and check the website daily so that you can beat the tour groups to booking. Additionally, inner circle access consists of 26 people, so if you don’t want tourists with fanny packs in your photos, you will need to purchase all 26 slots, even if your party is less than that. But the price is very reasonable and you get the circle for an hour. Lastly, in the eyes of the law, you cannot get legally married within the stone circle. You will need to travel to a nearby courthouse or township to sign those papers – for international travellers this is more complicated, so do your research before going.”

“Everything, the entire affair, was significant”, she concluded. “Every moment, from the time we landed in London, until our last guest left after the reception, was a memory we will cherish.” 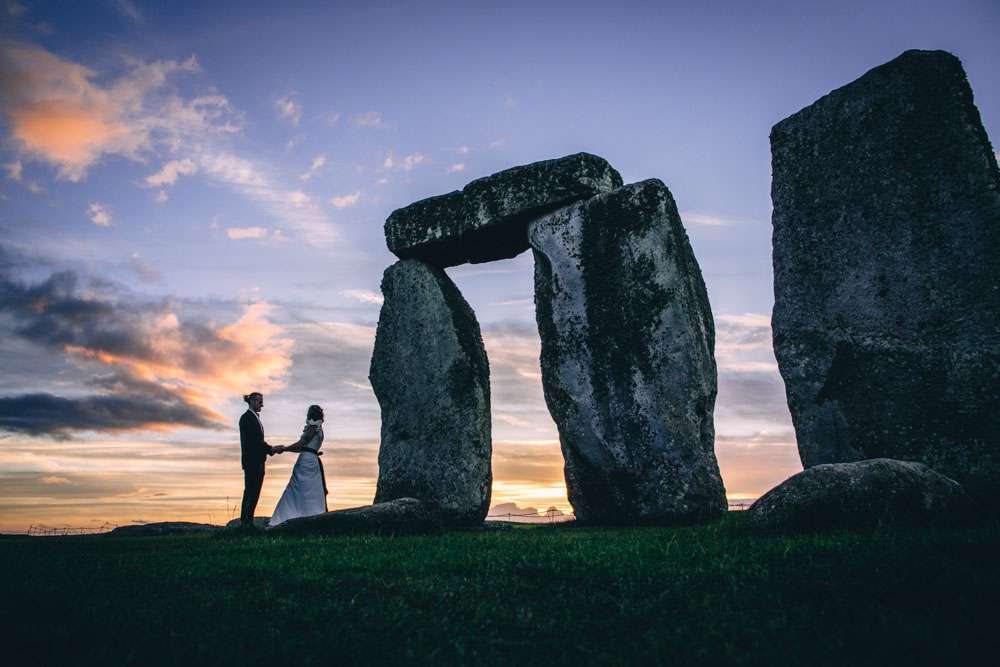 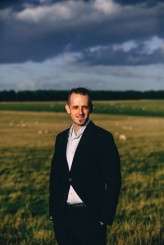 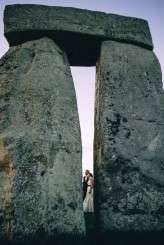 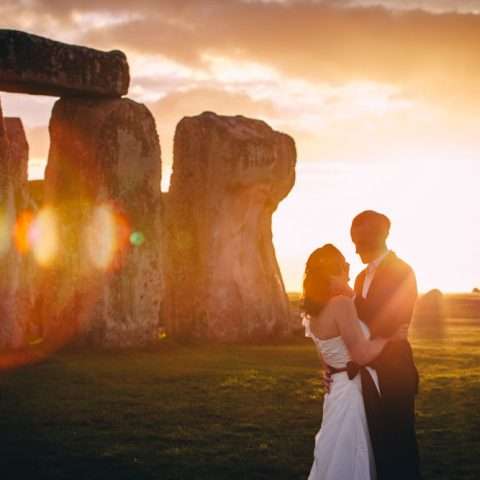 Charlie and Barney wanted a fun and laid back wedding that was all about being themselves. Their dress code was 'come as you are' and their invitations made it clear that it was going to be a party wedding! "We got everyone drunk by 3pm because of the Jagerbombs", Barney wrote. "By the time the DJ started in the evening, it felt like a giant house party, which is what we always wanted."

DIY and Handfasting Wedding in A Big Top!

Lizzie and Louie's incredibly detailed big top wedding, unbelievably, only cost them £6000. The bride even had two dresses!