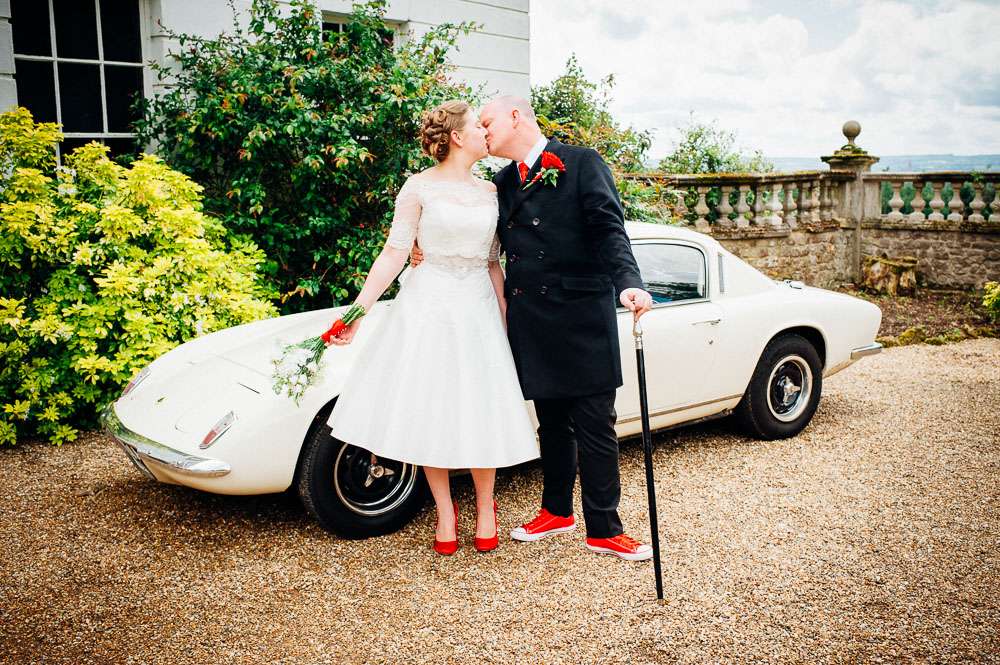 Charlie and Barney wanted a fun and laid back wedding that was all about being themselves. Their dress code was ‘come as you are’ and their invitations made it clear that it was going to be a party wedding! “We got everyone drunk by 3pm because of the Jagerbombs”, Barney wrote. “By the time the DJ started in the evening, it felt like a giant house party, which is what we always wanted.” 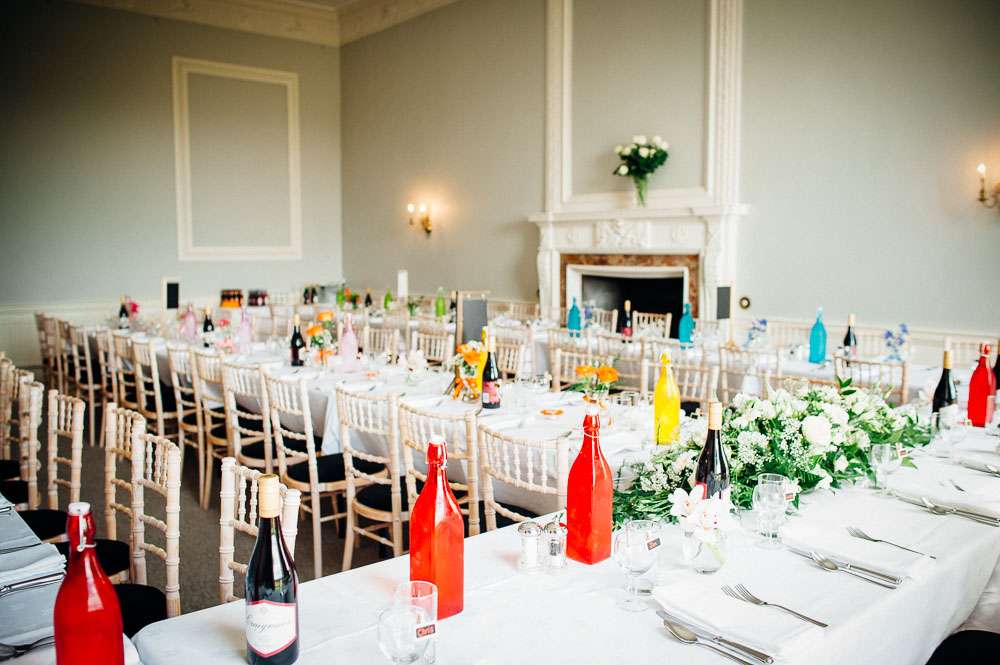 “Almost everything was unusual”, he explained “and the most important thing for us was to make it a true reflection of our personalities (we are somewhat known amongst our friends for throwing parties, for always being the last ones standing on a night out, and for enjoying a Jagerbomb or five). We were also determined that no one should be bored. Charlie wanted it to be a handfasting ceremony, which started to shape the day because it meant we would have two ceremonies. The first was a small, very intimate and very secret civil ceremony in the morning, attended by a handful of immediate family, just sat around the library of Oxon Hoath, casually perching on the sofas. It was meant to be as relaxed as possible, and despite Charlie turning up half an hour late, it was surprisingly stress free!” 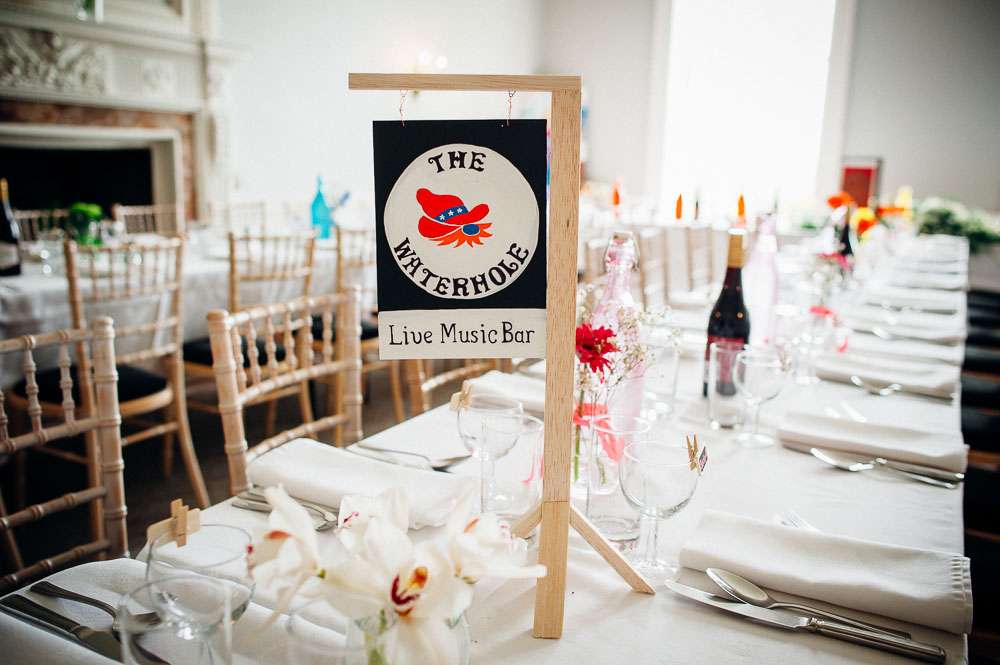 “The second ceremony, the handfasting, was the exact opposite. It took place in Oxon Hoath’s dance studio, which our friends had helped us to decorate the day before, and the key phrase was Rock n Roll – it had to be big, brash, colourful, loud and funny.!Crucially, none of the guests were aware that we were getting handfasted – they had no idea about the civil ceremony in the morning, and so were expecting something far more traditional.” 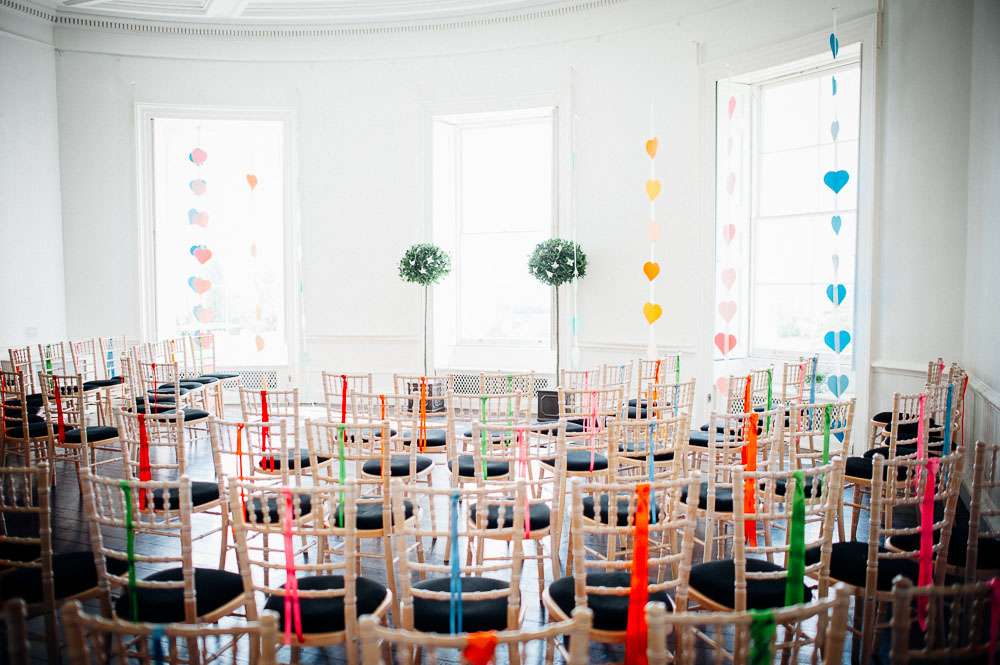 “The handfasting itself was conducted by River Jones, who suggested some wonderful ideas for the ceremony. Rather than simply trade vows, we gave one another three symbolic gifts, each representing a promise. We also asked our family to get involved, tying ribbons or bow ties around our hands to represent the four elements. Finally, at the end of the service we had to ‘jump the broom’ – literally leaping over a broomstick as a grand exit. To accompany us, we played Jump Around by House of Pain.” 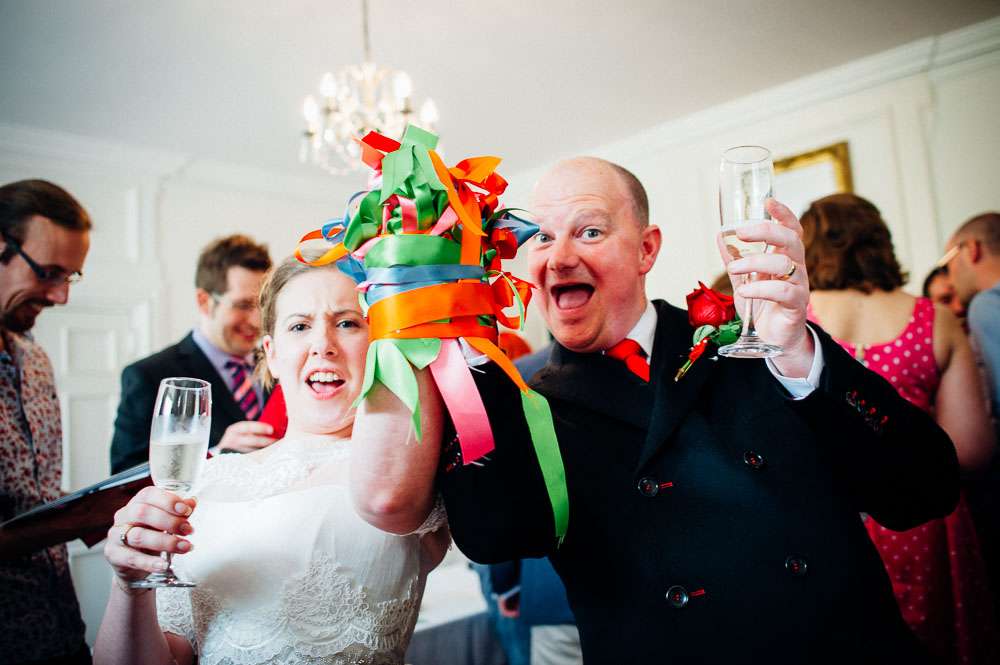 “Once we were outside the dance studio, our guests starting filing out but we were waiting for them on either side of the doors”, he continued. “Unbeknownst to almost everyone, I had secretly been working on a full 48 page wedding magazine since January. The magazine consisted of (amongst other things) a wedding timetable, family interviews and pictures, Ice breakers (a sentence about each of the guests – the funnier the better), a sarcastic guide to wedding etiquette, baby photos, puzzles, a letter from our cats, wedding traditions from around the world and false news stories and adverts based on our lifestyle (including an advert for Jagerbombs which said “Drink responsibly. Ish.” at the bottom).” 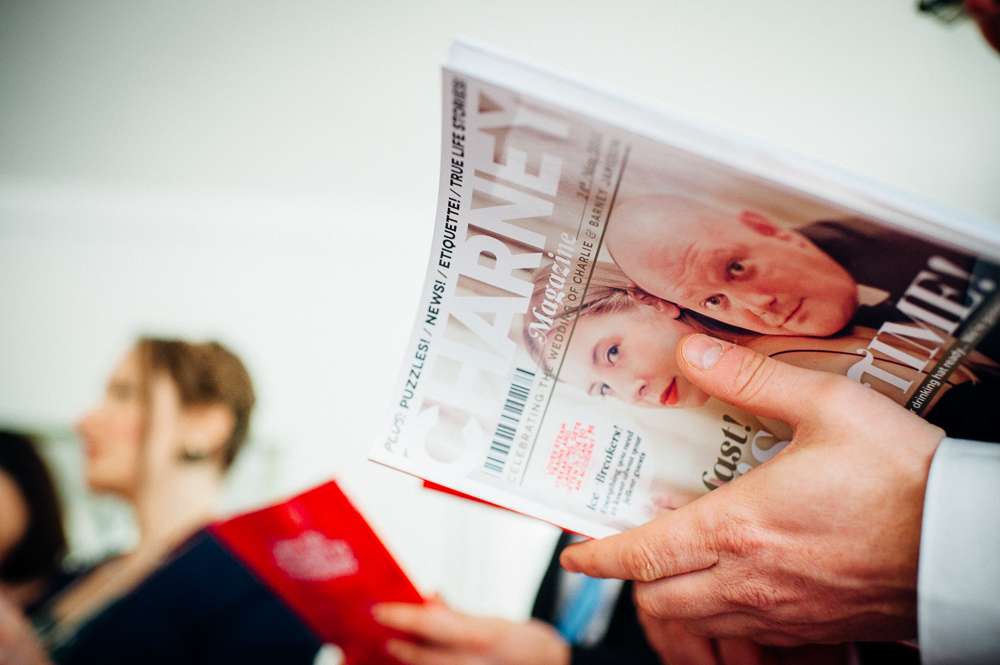 “At the same time, one of the best bands in the area, the Standard Lamps, kicked up a huge howl of feedback from downstairs which rang through the entire house as they started to play an extremely loud set. At the bottom of the stairs, Oxon Hoath staff members were waiting with trays of champagne and Jagerbombs. Yes, Jagerbombs – they proved popular. When everyone was downstairs and partying, we joined them, and invited everyone to help us tie the knot by joining in the handfasting as well – everyone was given ribbon, which they then tied around our hands. In the end we had a huge ball of colourful ribbon wrapped around us.” 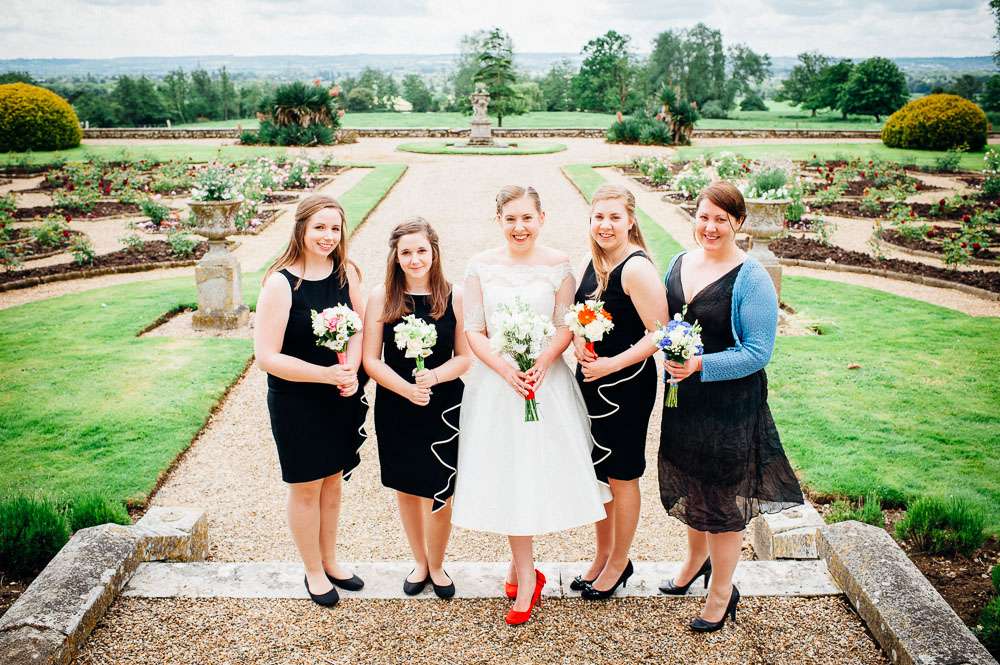 “More personal touches followed. Rather than a cake, we had a Croquembouche (Charlie enjoyed playing with the sword), my deep love of Doctor Who was represented by a special Eleventh Doctor cake later on, Charlie’s chief lady man of honour (retitled from the traditional ‘maid of honour’ after a discussion in the pub) pulled out an amazing speech, and the worst man (I had a best man and a worst man) persuaded our photographer Marianne to take a naked picture of him as a ‘surprise’ for when we went through the photos!” 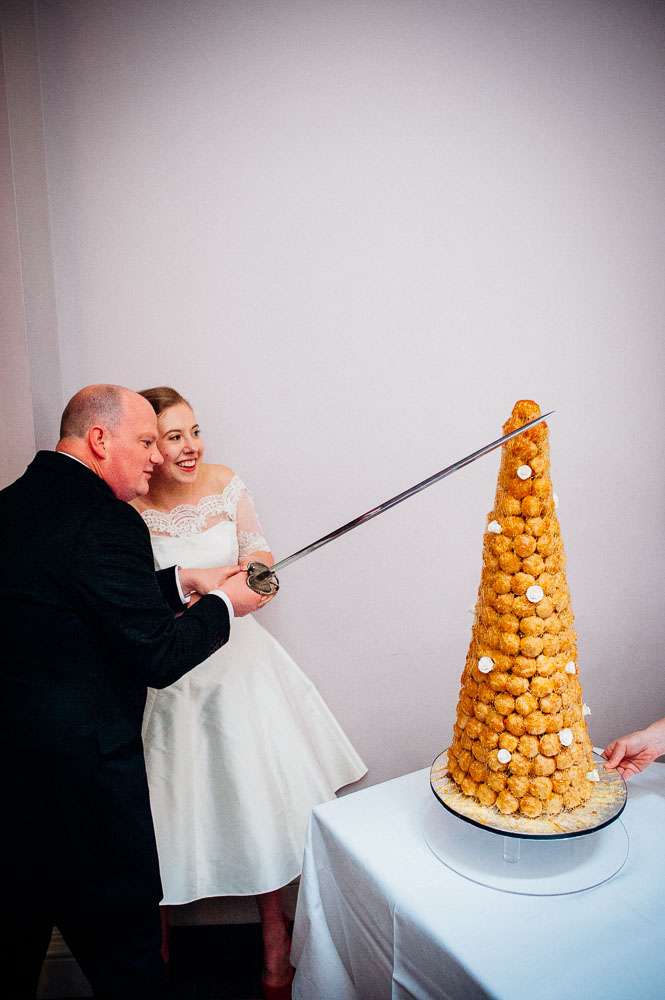 “We named all of the tables in the wedding breakfast after our favourite pubs and bars, and Jo Ramm (chief lady man of honour) created pub signs for all them. They were amazing. She also painted a giant pub sign for the top table starring Barney and Charlie. Charlie made lots of signs with our favourite responses we got from the RSVPs (they were mad-libs which people had to fill in and send back to us) and there were prizes for the best/worst ones, neatest handwriting etc). For the second ceremony, we cut out paper hearts and trailed them from the ceiling around the windows and tied ribbons to the back of all the chairs to add more colour.”

“We wouldn’t change a single thing about our wedding”, Barney concluded. “We just can’t believe we managed to pull everything off.” 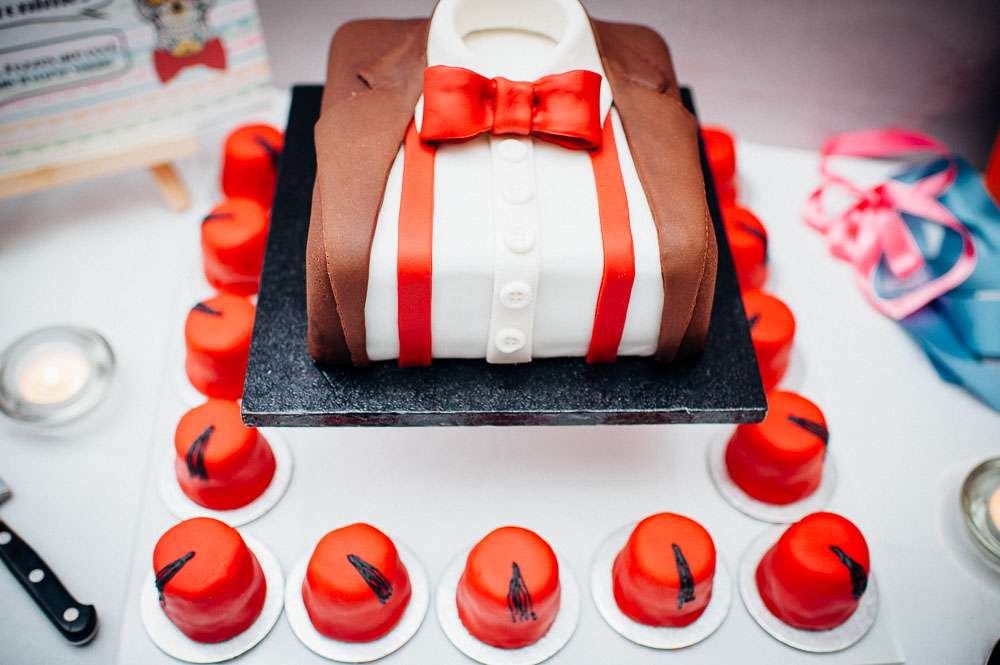 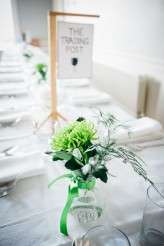 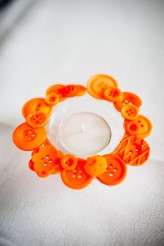 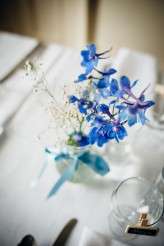 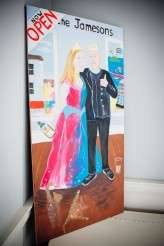 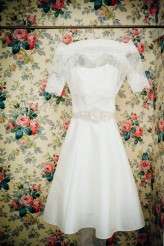 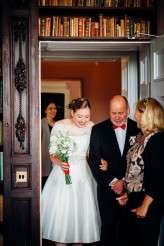 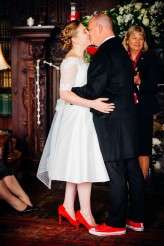 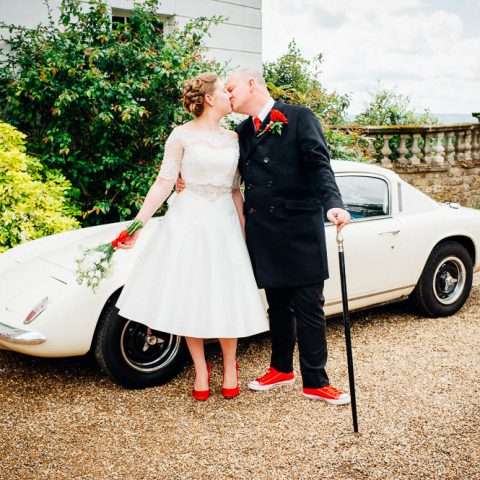 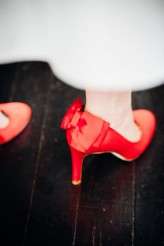 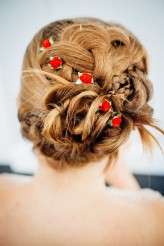 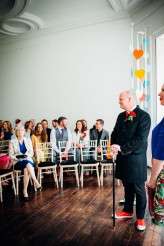 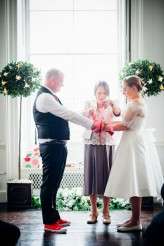 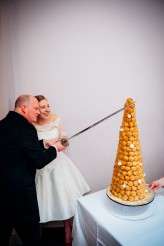 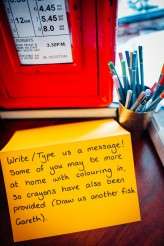 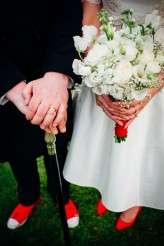 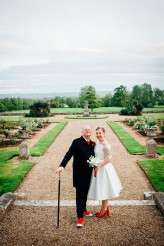