I love a good proposal story. From viral videos of guys doing the most romantic and over the top gestures, right down to hearing that they just decided to get hitched over breakfast in bed one morning. However, sometimes even more than that, I love listening to a couple tell the story of how they first met, especially when they don’t agree! “No, you pursued me!”, “Whatever, it was you that eventually asked me out!”

Although I don’t always include it in the real weddings that I feature, I always ask everyone I interview for this blog those two questions. Firstly because it really helps to set up the story of their love, and usually helps to explain why they wanted to do certain things for their wedding. Most of all though I ask it because I’m just a bit nosy.

Gareth and I met young. I was only 16 and he was just 21. I remember as a teenager thinking I’d NEVER get a boyfriend and hating the fact that it was always my friends that guys seemed to like. In retrospect, I found my soulmate pretty darn early actually, although we didn’t start officially dating until I was 18 – it took him a while to persuade me, see!

We met over a crowded bar (shh, underage drinking is obviously not something I recommend!). One stolen cocktail later (me stealing his of course, although goodness knows why he was drinking something quite so girly) and the rest, as they say, is history.

So clearly, I’ve never ventured into the world of online dating. But I recently read that over a third of couples that were married between 2005 and 2012 met online. The report continues by saying that those who do meet online are not only more satisfied than their real-life meeting counterparts, but they are less likely to split up. REALLY!?

With claims like that, I couldn’t help but want to investigate further. So I took to my Facebook page to ask for some real life stories. 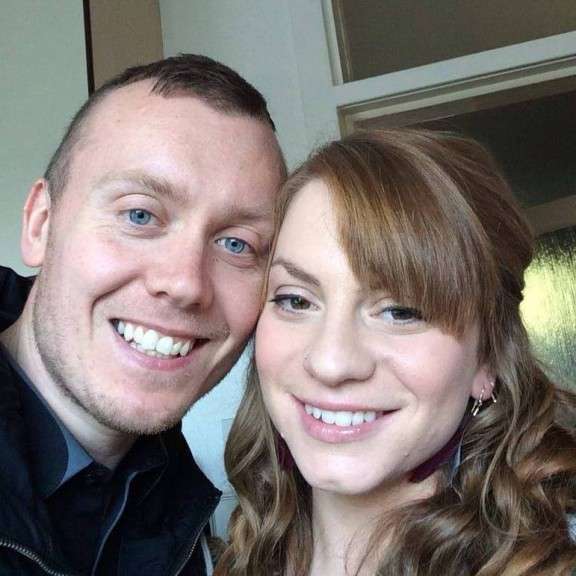 Carmen Goodwin: “David added me on Facebook because he apparently “thought I was hot”. We had lots of mutual friends, though we’d never met. I didn’t know who he was but accepted his request thinking that we must’ve met previously but didn’t remember it!! At first I only responded to his messages as I didn’t want to be rude, but after messaging for a few months, I realised he was actually really funny and seemed like a lovely person. It took over 6 months and a bottle of wine before I finally agreed to go on a date with him mind you!

But it didn’t take long before I realised that he was ‘the one’. We’ve been together for over 2 years now and we are getting married in 14 weeks… I can’t wait! I honestly never would have tried ‘online dating’ but this just sort of happened that way, it was obviously meant to be! I still have a good laugh when people ask how we met and I tell them that David ‘Facebook stalked’ me for 6 months!” 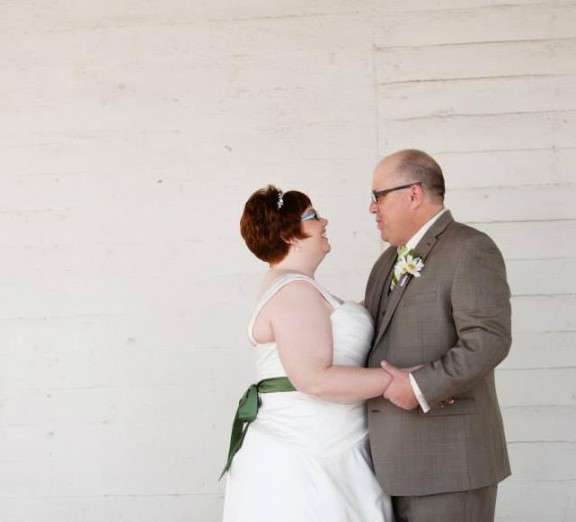 Kerry Dunn: “I believe myself to be a unicorn because my husband was the first person I met through online dating and I married him. I’d had many friends who went through years of frogs to find their prince, but I got lucky instantly. I think the stigma of online dating has been declining. So many people meet this way now! I’d recommend it to everyone. Just be honest about what you want and don’t be afraid!” 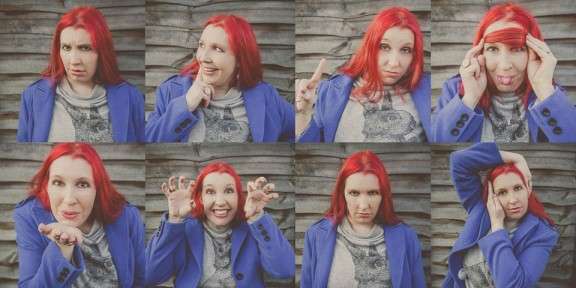 Katharine Considine Forsyth: “My parents met through compu-date in 1970! Well ahead of the times, they were!  It was a “computer” dating service – you wrote in, and then they sent you names of people with similar interests to what you filled in. You could even choose hair and eye colour, religion etc. My mum said she wanted a blond, blue-eyed Catholic boy but they couldn’t find one for her, so she had to go less specific!” 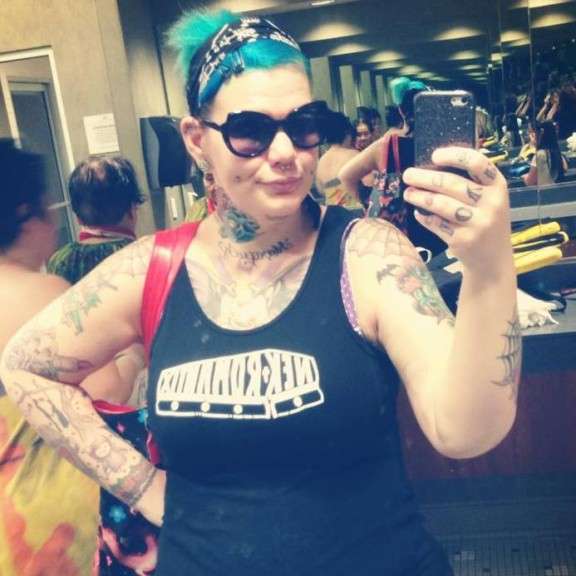 Liz Sanrio: “I met my husband on Myspace (8 years ago). I HATED Telling people that so I made up a story of mutual friends… as it turned out after chatting for a bit we lived 3 miles from each other. I was going through a terrible divorce and he was supposed to be my ‘crazy I’m single rebound one night stand guy’ so he came over we had some drinks and he never went home. We now have been married 6 years and have 3 kids with one on the way!” 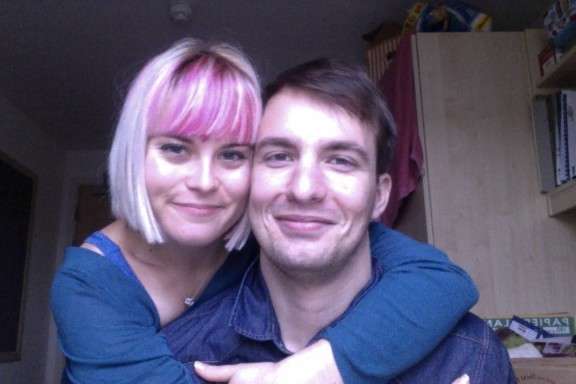 Sarah Petit Poney:  “There is definitely a stigma with online dating. I did not really try it seriously, I signed up because of a bet and was lucky a few years later to meet Thibault. I still feel a bit stupid when I tell people how we met!

I would definitely recommend online dating. It is just exactly like real life – you will find weird people, not-fit-for-you guys, but maybe there is someone that will be as special to you as Thibault is special to me, and that is worth all the disappointment in the world!” 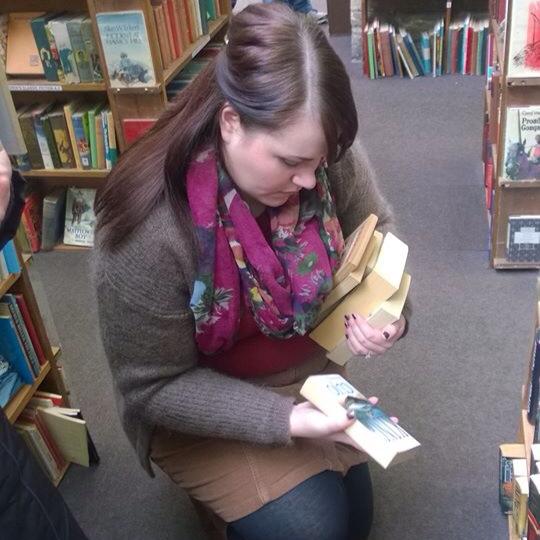 Carolyn Jones: “I felt there was an awful lot of stigma and judgement regarding online dating. I even had my own prejudices to be honest, and we told our colleagues and acquaintances that we’d been introduced by mutual friends!

Knowing he was the one sort of took me by surprise to be fair. I’d always been super cynical and had only recently come out of a seven year relationship so I was certainly not expecting much so quickly. It was his sensibility and his firm but gentle nature that really swung it for me. That, and the fact that when we’re on our own he’s mad as a March hare!

I can’t recommend online dating enough. I really liked the way you could be perfectly frank about what you’re looking for, and what you’re willing to give in return.” 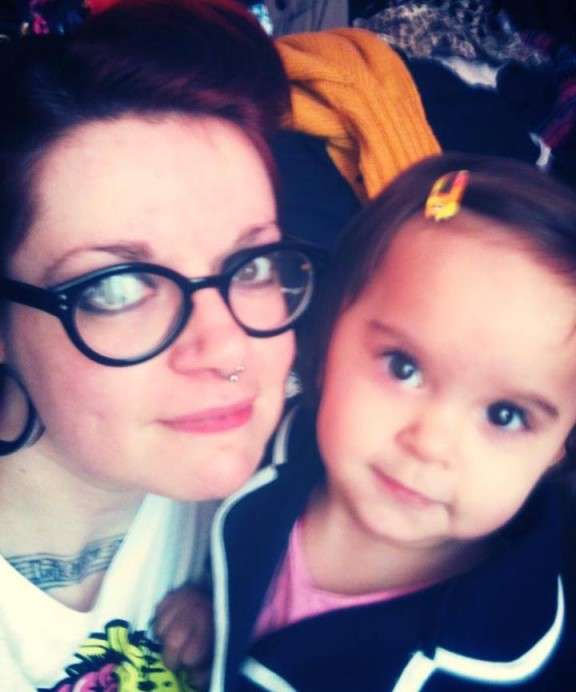 Hollie Cooper: “I didn’t feel there was a stigma at the time but a lot of friends have expressed shock that I met my partner through a dating site! I dated two guys previously, one I didn’t click with and the second was fun but there was no future there. I wanted to date Hamish because he stood out from the rest and seemed genuine. We went to a pub in Covent Garden for our first date and have only spent about 5 nights apart since then. We now have a daughter and we are engaged. I’d definitely recommend online dating.” 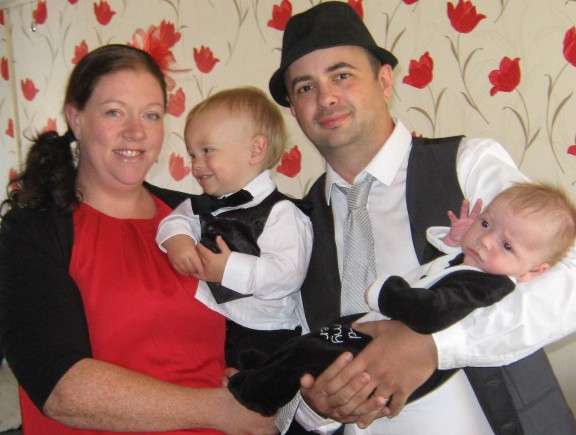 Sarah Jane Lewis: “Yes I would recommend it! James and I met through an online dating website, after both having been through bad relationships in the past, we had a mutual love of rock music and tattoos and we first met face-to-face when he travelled 75 miles on the train for our first date. We went to McDonalds! We became engaged after 1 year together, and now we have two beautiful boys aged 3 years and 19 months, and were getting married Halloween 2015! Internet dating isn’t for everyone but it worked for us!” 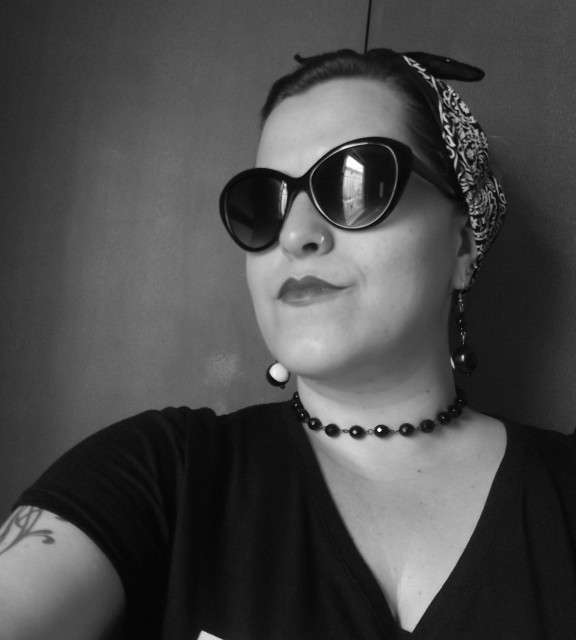 Mari Zam Braga: “I met my husband online and yeah, I feel there is a lot of stigma, and I only tried it because I wanted to try something different, since actual dating was not proving successful… we talked a lot on msn and skype before our first date (which was actually not quite a “date”, since I was with other friends and we met kinda casually on a bar). I felt that talking to him online was really great to get to know the real person that he is before having any physical contact, and I felt he was the one as the time went by and we survived the difficulties of our relationship without growing apart.

I recommend online dating, as long as you have a defined goal (mine was: finding a guy to have a serious relationship with), because there are a lot of people who just want to get laid (well, if that’s your goal, then go for it). My advice would be: be yourself, don’t get pressured to meet the person right away, take your time, use the webcam (usually if someone isn’t interested in meeting you personally or if it is a fake profile, the person will not accept) and always be very clear about what you want. Be open to new experiences and to great people who are out there trying to find the one. If it wasn’t for online dating, I might have never met the love of my life….” 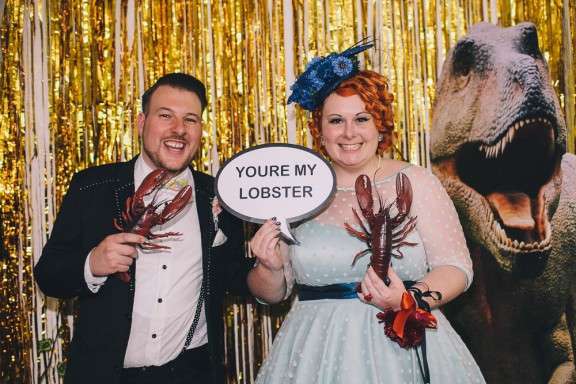 Kirst Fate: “I met my now husband 5 years ago on Sunday on a dating website. He was my first date from the site and he was 10 minutes late. I remember how scared I was and even though he lied about his height, I knew within weeks he was the one for me. To put it simply he made me laugh. I remember telling my mum I had joined a dating website and she said “but Kirsty it’s full of weirdos and pervets” and my husband quoted this in our wedding speech. Our wedding was actually featured Rock n Roll Bride and was the happiest day of my life. Thank fuck for dating websites!”

These are just a teeny selection of the hundreds of success stories posted on my page. But if these comments are anything to go by, then the reports are certainly true. Internet dating not only works, but the stigma associated with it is dying down.

I’d love to hear from you too. Do you think meeting online is modern and efficient or a little bit shameful? Did you meet your fiancé or spouse online? Tell us about it below or join in the conversation on Facebook!