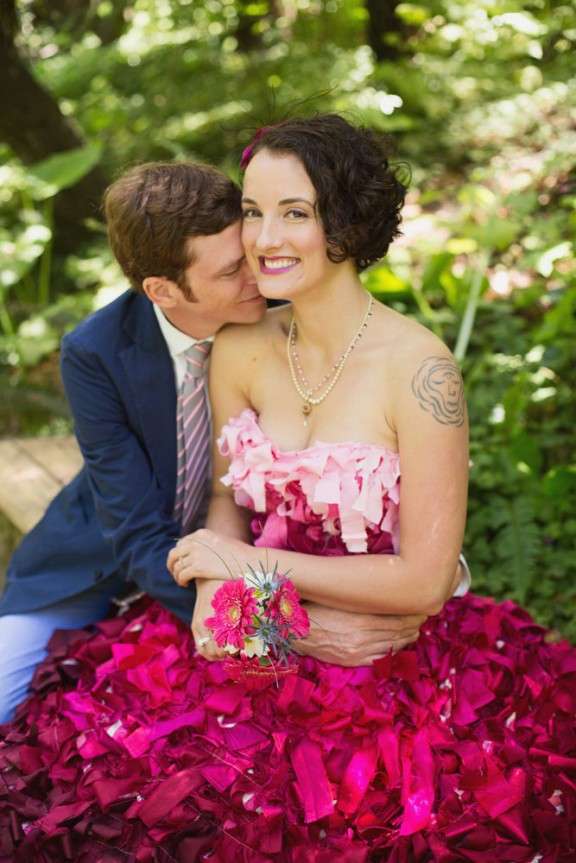 Adriene and Shannon wanted an informal wedding so they held their ceremony at Aids Memorial Grove in the Golden Gate Park, San Francisco. It was followed by a picnic reception in the park. One of the most unique and awesome parts of their wedding was the bride’s ombre wedding dress, which she made herself by upcycling two second-hand dresses and making them into one! 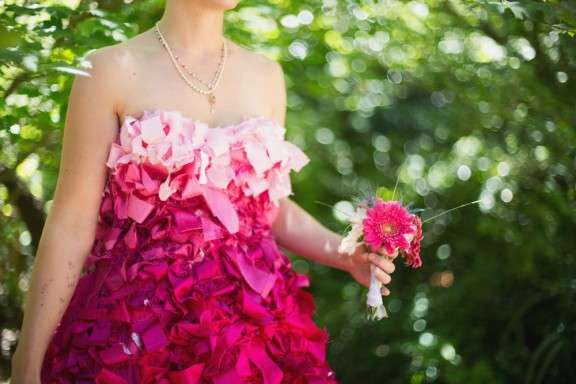 “I put two dresses together and then pinned the ‘petals’ of silk to the base dress in a gradient of colors from light pink to burgundy”, she explained. “I added a right pocket with a ring holding ribbon to keep my future husband’s new piece of jewelry secure and a left pocket for my iPhone! I knew I wanted to make my own dress because making costume-like clothing is my favorite way to express myself.” 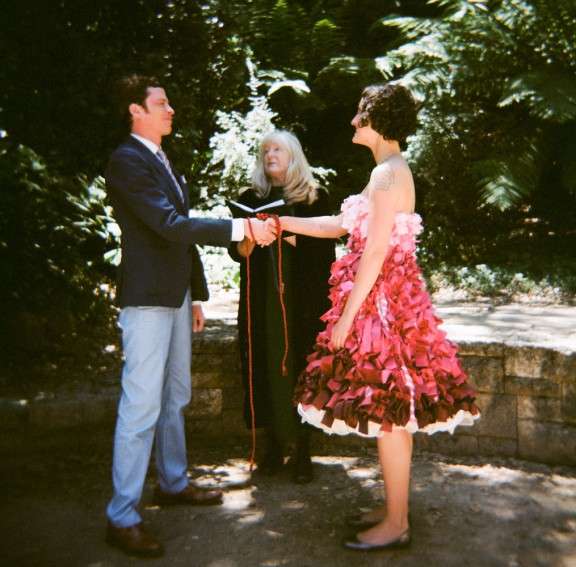 “I was never really excited about the color pink but when my artist friend, Nicole Sillapere, was selling off old event stock and I found the pink ombre silk panels, I knew I would do something wonderful with them someday. This was actually before we got engaged so as soon as Shannon proposed and I started thinking about what I would wear to our wedding and the dress just came to me.” 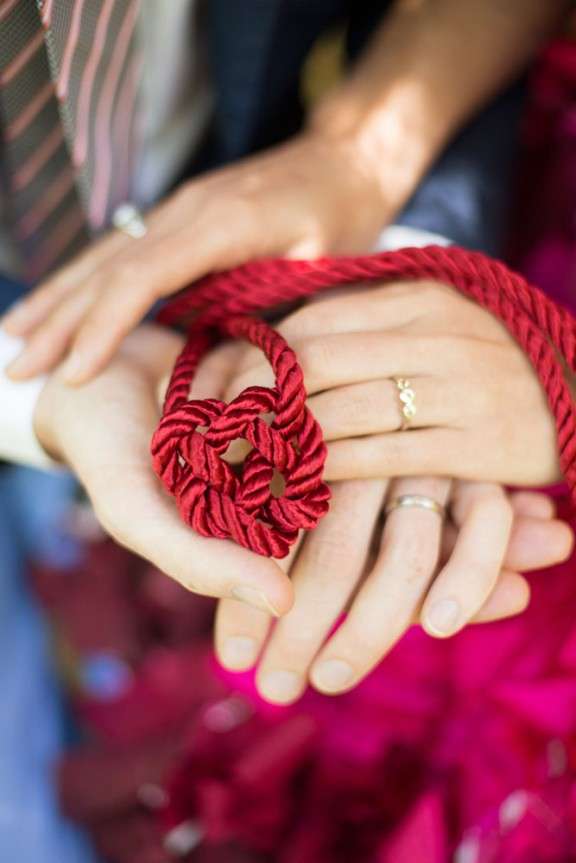 The wedding was super casual and laid back and the couple wanted their guests to be comfortable. “We told our guests that it was a picnic in the park and asked them to wear stripes and/or bright colors”, she continued. 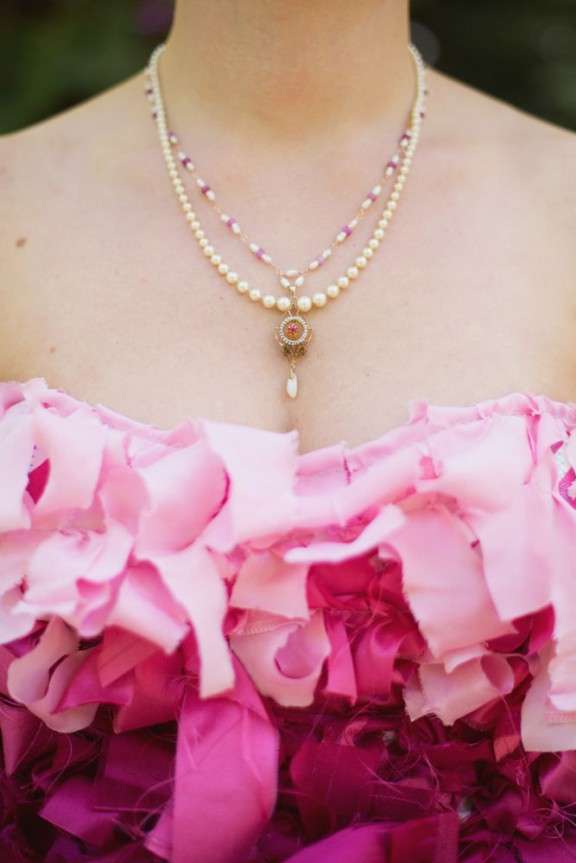 “We chose a handfasting ceremony because it was ceremonial but not religious. We found our officiant Cynthia by searching online for ‘non denominational wedding officiant’. We don’t consider ourselves to have any kind of religion but I have Pagan leanings (tea brewing, tree hugging, rose sniffing, nature lover) and Shannon thought it would be fun to see Cynthia in her Pagan robes!” 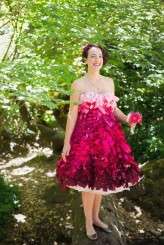 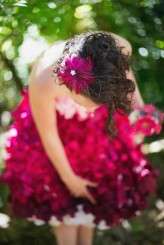 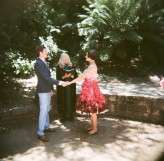 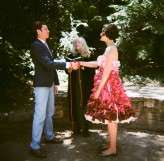 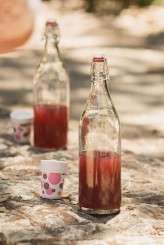 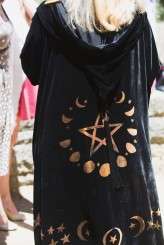 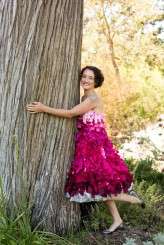 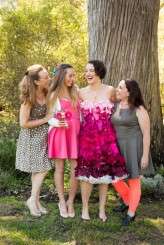 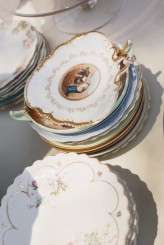 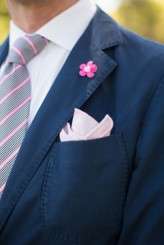 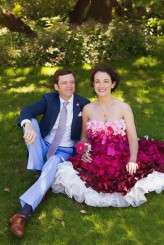 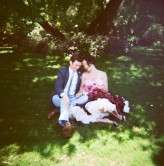 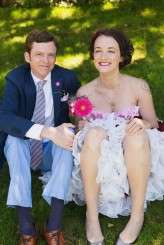 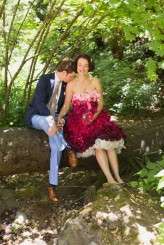 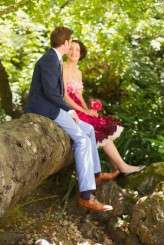 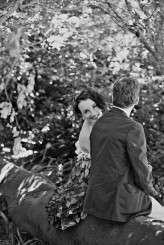 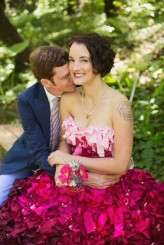 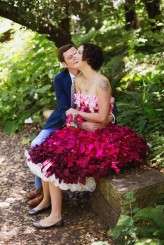 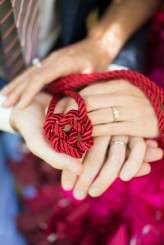 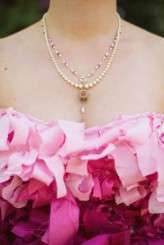 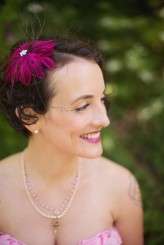 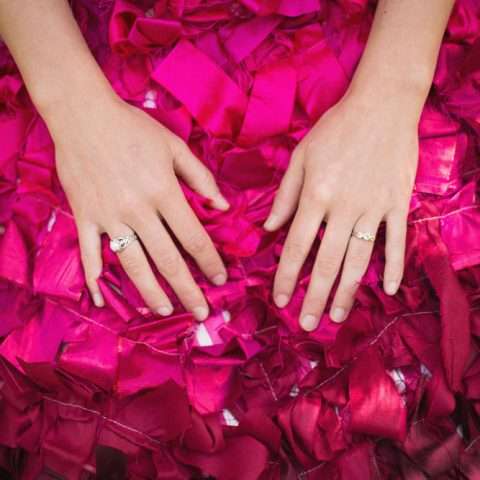 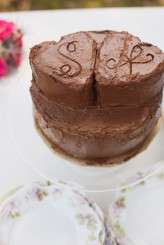 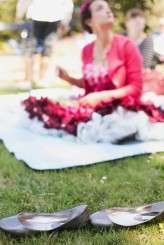 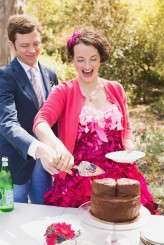 When I was in San Francisco last month, one of the most delicious meals we had was at Foreign Cinema. A super cool restaurant and bar in an old cinema building (pro tip: get the truffle popcorn - so good!), they also play silent foreign film during dinner. The vibe is laid back but super cool. Unsurprisingly, it also makes an awesome wedding venue, and I am super excited to share Stephanie and Jim's big day with you today! But before we crack on, can we all please stop for one minute and bask in the beauty that is Stephanie's Monique Lhuillier dress? I mean, goodness!

Marissa and Lauren were married in the gardens of St. Anne's Academy in Victoria, British Columbia. They wanted their wedding to be intimate and frugal, except when it came to their photographs. They knew those had to be incredible so they booked the AMAZING Nordica Photography who flew over from Stockholm to shoot the day. The made the picnic baskets themselves, including almond stuffed figs which were grown, dried and made by Marissa's grandmother in Portugal. The flowers were bought from a local market - Marissa's bouquet cost $3.99! They also made all the décor themselves.

Nick & Barbara's Pennsylvania wedding took place in August. "We started out telling people it was 'classy nerd picnic', began the bride. "But I think it ended up having a lightly late 40s, early 50s DIY aesthetic in bright colors with robots, Lego and family references everywhere. I can remember trying to explain this to our day-of planners for the first time and the poor man told me I needed to go and figure out what I wanted. But this was what we wanted! I like things where the theme isn't neatly tied up in a bow, and I think when everything was put together it radiated joy and silliness." "We met in marching band in high school. We really rocked that trumpet section, and by 'rocked', I mean we didn't pay attention and mostly made fun of each other", she continued "I awkwardly asked Nick to a dance, Nick awkwardly asked me to be his girlfriend almost a year later, and nine years after that we got married. If our wedding is a testament to anything, it is to how many jokes you can accrue in ten years and to how much we were already a part of each other's families."