Another one of those topics that I seem to get asked about over and over is networking. “How do I get my name out there?”, “How do I network without coming across as a a weirdo?” and “How do I get people to know I exist?!” With the majority of us doing a most of our business online these days, thinking about networking and meeting people ‘in real life’ can be a scary and intimidating thing. But (and this is a big but!) I honestly believe that getting my backside off my computer, out of the safe confines of my house and going to meet people in real life was the number one thing which truly got my name out there.

The reasons for this are three-fold… 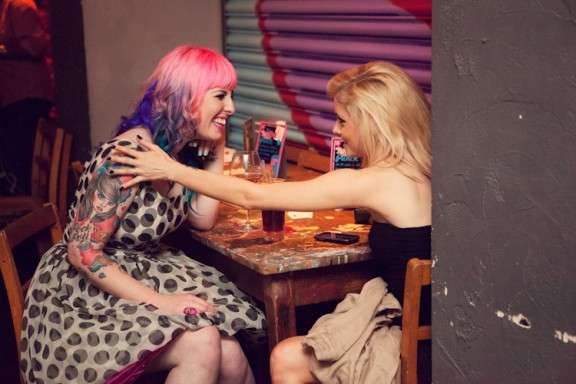 We all know the phrase ‘fake it before you make it’ and in no other situation is this more true. Secret: I bet 90% the people in the room you’re trying to ‘network with’ are just as nervous as you are!

Whenever I speak in public I am always crapping it as I start to talk. Always. I feel like I’m speaking a million miles an hour and that I’m stumbling over every single word. Of course, I don’t let anyone in on my internal wobbles. By speaking slowly, projecting my voice and making sure I have notes that I can follow with ease, I can fake confidence until I start to get into my stride. Do the same when it comes to networking. Go up to someone and say hello. Find someone who also seems a little shy or who is standing on their own and strike up conversation.

If everyone already seems to be huddled in conversations, slip in next to someone friendly-looking and ask if they mind if you join in. It’s totally scary, but most people will be welcoming. To ensure you don’t feel like you’ve just barged in, listen to what they’re talking about, ask questions and don’t try to automatically steer the conversation around to yourself. 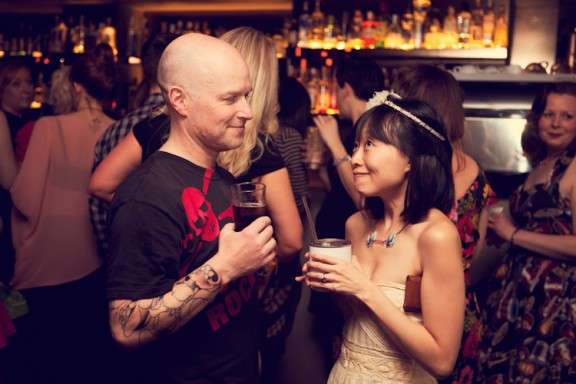 Most people love talking about themselves, so ask lots of questions. Listen to their answers and reply in a way that shows you care about what they’re saying. This will also help keep the conversation flowing. Being genuinely interested in others is a very likeable quality and afterwards they’ll remember you as someone who they enjoyed talking to (even if they did most of the talking!)

Don’t drink too much

A couple of drinks to steady those nerves and get the conversation flowing can definitely be a good thing, but you don’t ever want to be that person who was so drunk they hitched their skirt up and danced / fell over / cried in the toilets / got into a fight with the host. You want to be remembered for your sparkling conversation and not the rate at which you downed the sparkling wine. 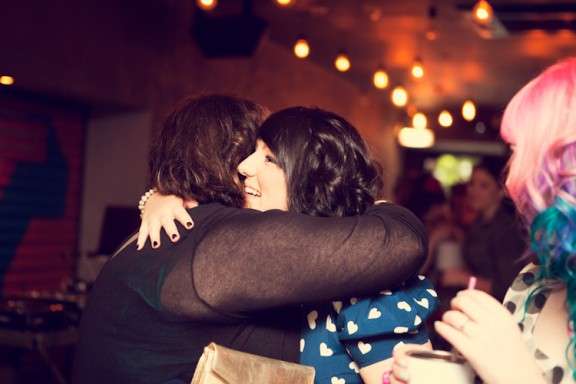 Bring business cards but don’t force them on people

There’s nothing more off-putting than someone who introduces themselves by thrusting a business card into your hands. It’s a red flag that they’re not interested in taking to you, they’re only interested in telling you all about themselves. But don’t ever think business cards are dead and if someone asks you for one make sure you have them to hand, preferably at easy access – fumbling in a giant handbag mumbling “I know I have one in here somewhere” is not a good look…

I went to a wedding fair last year and stupidly forgot to bring any cards. Of course I then spent the whole day talking to people and saying “Yeah just Google ‘Rock n Roll Bride’ or ‘Rock n Roll wedding’ – you’ll hopefully find me.” UGH, MORTIFYING. 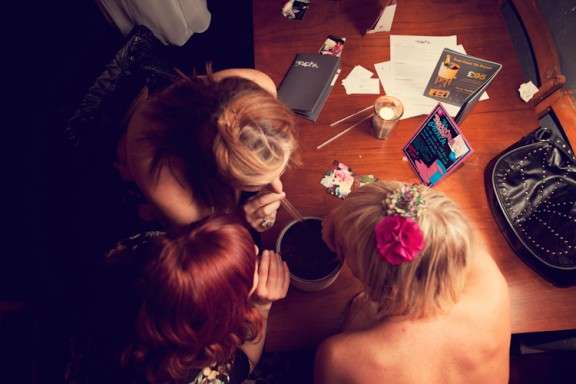 Go into any event with the goal of having one good conversation with one other person. It can be easy to think you have to speak to everybody and have as many introductions as possible but this couldn’t be further from the truth. Instead focus on the quality of the conversations that you do have. Always remember what Dale Carnegie said “You will go further in two months by being genuinely interested in two other people, than in two years trying to get other people interested in you”.

Also – and this can be quite scary – don’t be afraid to break away from conversations that aren’t going anywhere. We’ve all been in that situation where you’re stuck taking to some dude who’s banging on about his SEO strategies when you’d rather be talking to somebody – anybody – else. Be polite, ask for a business card and say “It’s been great chatting. I’m going to try and speak to a few other people now”. This takes balls, but it’s also what networking is all about!

Send a thank you note

This is a very ‘old fashioned’ notion, but think about sending quick thank you note or follow up email to people you really enjoyed chatting to. Include a personal message referencing things you actually spoke about. Gala is really good at doing this and after we first hung out in real life, she sent me a Postagram of a photo we’d taken of the two of us. Postagram is a brilliant mobile app in which you can send Instagram, Facebook and mobile phone photos as photo postcards direct from from your iPhone, iPod touch or Android. When I received it I thought “Wow, she really must have enjoyed spending time with me to make such an effort. I like her a lot!” I guess it worked, we’re now BFFs! 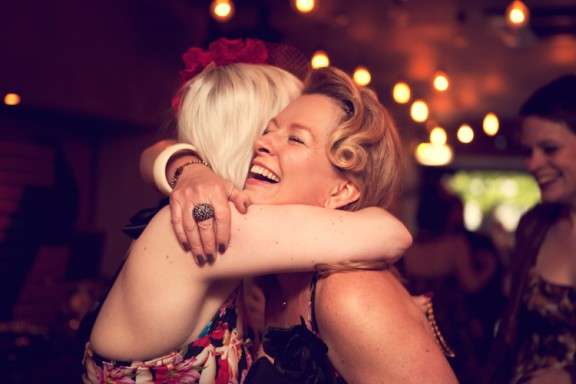 Organise your own meet ups

If you’re finding it difficult to even get invited to these allusive ‘networking events’, why not throw your own?! Reserve an area in a bar and invite people you’ve spoken to online to come along and hang out for a few hours. It doesn’t have to be anything more than that. In fact I used to do this a lot myself.

The first ‘event’ (for lack of a better word!) involved me and maybe 5 others meeting up in basement bar for cocktails… at the next one we’d progressed into going for a meal together and there were about 12 of us there… then at the next there were 20… then I had my first ‘official’ party and about 50 people came. The last one, in 2011, had about 200 people rocking up including magazine editors, bloggers, planners, photographers, stationers, hair & make up artists, dress designers and cake makers! 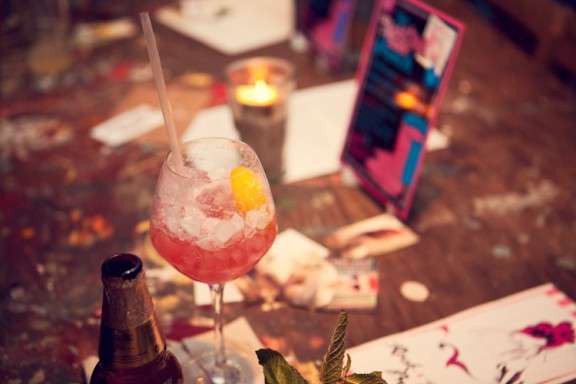 The last thing to realise is that any event is the chance to network. Go to wedding fairs and say hello to the people exhibiting, have a wonder around local boutiques in your area and start chatting to the owners and accept invitations to as many parties as you possibly can. Don’t think that just because you’re not getting invited to official ‘networking events’ that all is lost!

So don’t be scared. Put on your glad rags, grab a stack of business cards and put yourself out there!