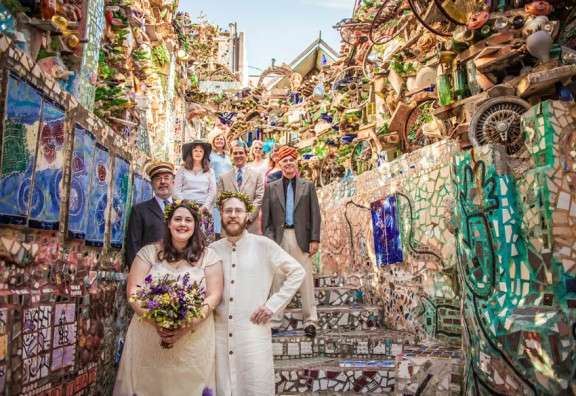 I’m not sure why, but I’m feeling very reflective this week. Maybe it’s because in prepping for The Blogcademy (which sold out within a week by the way – wooo!) I’ve been thinking about what I knew and, more importantly, didn’t know when I started blogging. Hindsight is a wonderful thing. On one hand I’m sure every decision, journey and mistake I made got me to exactly where I am today, but on the other hand muddling along and hoping I was doing things right was a tough way to learn!

One of the main areas that I wish I’d known more about when I started blogging was when it was OK (and not OK) to share an image and how I should go about crediting said images.

When I first launched my blog I was so eager to share as much content as I could get my hands on, which basically meant as many alternative weddings as I could physically find. I was so eager in fact that I broke the cardinal blogging rule – I lifted content from everywhere. This is something I bet many established wedding bloggers will have done once upon a time but nobody ever talks about it – why? Because they now know it’s wrong and because it’s an embarrassing thing to admit. I would go to Flickr and find photos, I’d see weddings on other blogs that I liked and re-blog them, I’d find weddings on wedding photographer’s sites and post them without a second thought. And Christ, if Pinterest had been around then, I daresay I’d have been nicking stuff from there too. But surely I was doing nothing wrong? I was only saying nice things about everything I posted and I was linking back to the place that I found the images, and if I knew who they were, the photographer’s website too. There’s nothing wrong with that… right?

Then one day I got called out. Another wedding blogger emailed me to tell me they knew what I was doing and that they were annoyed. Really annoyed. They knew some of the weddings I’d posted had originated from them as they had the exclusive right to publish those weddings… and while they were at it they also knew most of my other content was being lifted from one of their other blogger friend’s Flickr groups and from wedding photographer’s sites. The wedding blogging industry is (still) a relatively small one (it was even smaller back then!) and it’s not very difficult for a seasoned professional to spot when amateurs are doing this. 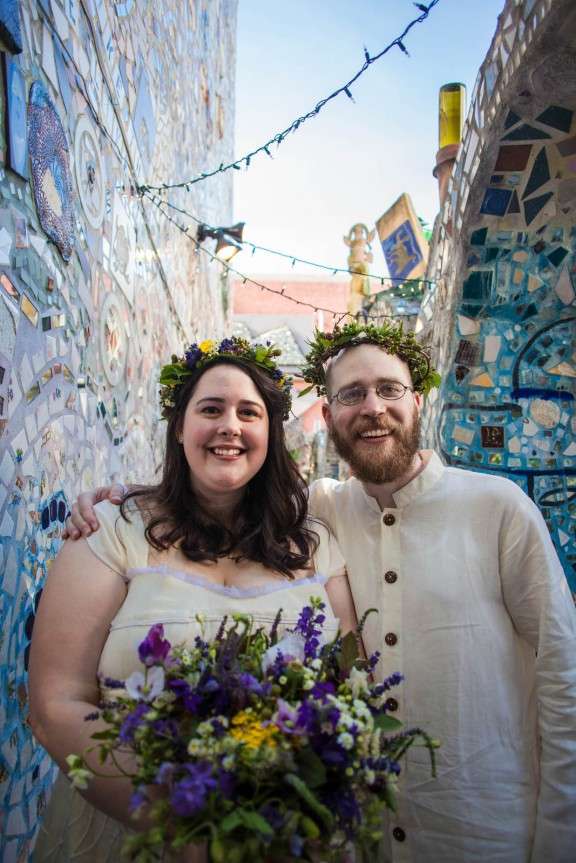 Oh God I wanted the ground to literally swallow me up right then and there. I wanted to crawl into a hole and never come out. I wanted to stop blogging and hide away forever. I was crushed and horribly embarrassed. I have never felt so busted. I guess in the back of my mind I knew what I was doing wasn’t ‘correct blogging etiquette’ but I never bothered to think about it further than that. Surely photographers wanted their images shared? After all isn’t that the beauty of the internet? And why would anyone care about my tiny little wedding blog anyway? I sent back an incredibly apologetic email to tell her that I was so enormously sorry and I didn’t realise that what I was doing was wrong. I never heard from her again.

It hurt so badly to be told off. Here I was, skipping around the internet wistfully picking up anything and everything I wanted without a care in the world and not thinking that a) these were actually someone else’s wedding photographs I was stealing (as as innocent as my intentions were) and b) the photographers who owned the copyright of the images could, if they had got mad enough, actually sued me for copyright infringement. Yes really.

The latter is terrifying. It rarely happens but it can. I was shocked to recently read the story of casual blogger Roni Loren, to who it actually did. 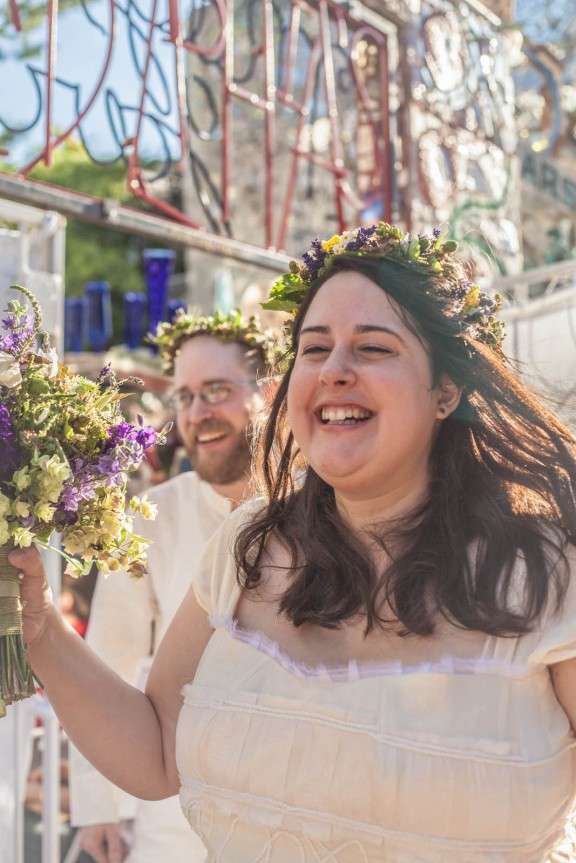 However despite my embarrassment and the potential legal ramifications of what I was doing, I was actually seriously missing a trick in progressing my business by not speaking to the photographer’s directly.

When I made the switch to actually asking permission from every wedding photographer whose work I wanted to share (it’s easy – just drop them a quick, to the point, and polite email asking if it’s OK) my content and position in the blogging community vastly improved. With each photographer that I emailed I made a connection. If they didn’t know who I was before they did now. Not only would they usually be thrilled and flattered that I wanted to share their work, but they then knew who I was. Some of them would then start sending me weddings they thought I’d like, or that suited my blog niche, before they’d even published them themselves. This meant I was getting higher quality and exclusive content for my site.

It took time, sure, and many photographers either didn’t reply or said no (or that they were promised elsewhere), but the ones that did agree have mostly continued to support Rock n Roll Bride as I’ve grown. Many of these early adopters are still friends and regular contributors today.

Another reason to ask permission (as if you’d need more convincing!) is that blogging with permission will enable you to enhance your write up’s enormously. You can ask the photographer questions about the wedding, you could even ask them if they would forward some simple questions to the couple. If you can blog a wedding that isn’t just pretty images but also shares the information and story of the wedding, well that’s blogging gold. Readers love to look at the wedding, but the also want to know where they can buy that dress/find that venue/order that cake. 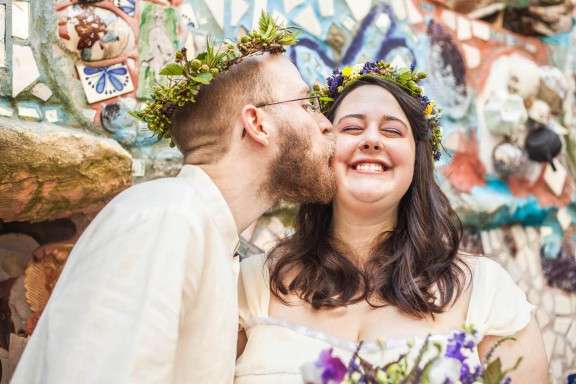 So what about non-wedding images?

What if you don’t know who took the photograph? What if the images you want are from a big company who are no way going to reply to your email?

You’re right. This is trickier. From a legal point of view (I’d hasten to add that I am in no way legally trained so please don’t quote my opinion as being legal advice – this is just what I’ve picked up and learnt along the way) every single photograph ever produced will be the legal copyright of the photographer (or company who commissioned it). Sites like Pinterest and Tumblr make this all the more confusing for bloggers as it can appear that everyone online is just blogging and pinning images to their hearts content. “So why can’t I?” I hear you cry. Well you can… and it PROBABLY won’t happen, but just be aware that there is always a POSSIBILITY that you’ll get in trouble – either with an embarrassing email (most likely), a DMCA notice or, like Roni Loren, being fined or sued.

What you must always always do, whatever the kind of image is credit correctly. A simple “Photography Credit: Photographer’s Name/Brand” and if relevant …”found via Website Name“. The latter part is just polite. If someone re-blogs an image that they found on my site and they don’t mention me (and yes I’ll usually know – 99% of the images I share are exclusive to Rock n Roll Bride), I’m not going to go after them about it, but I do feel a little miffed. And if I’d credited the blogger who sent me the mortifying email way back when as a source then maybe she wouldn’t have been so pissed off. Maybe…

With the prevalence of people sharing images via their social media, it can often be nigh on impossible to find original sources. In short, if you can’t find the original source for an image then don’t publish it. Google Image Search is an amazing tool which can help you though. Simply upload the image (or paste the direct image URL that you’ve found) into the search box, and just like with a normal Google search, the results will show everywhere else online that the image is posted.

And finally, this graphic is also a good guide… 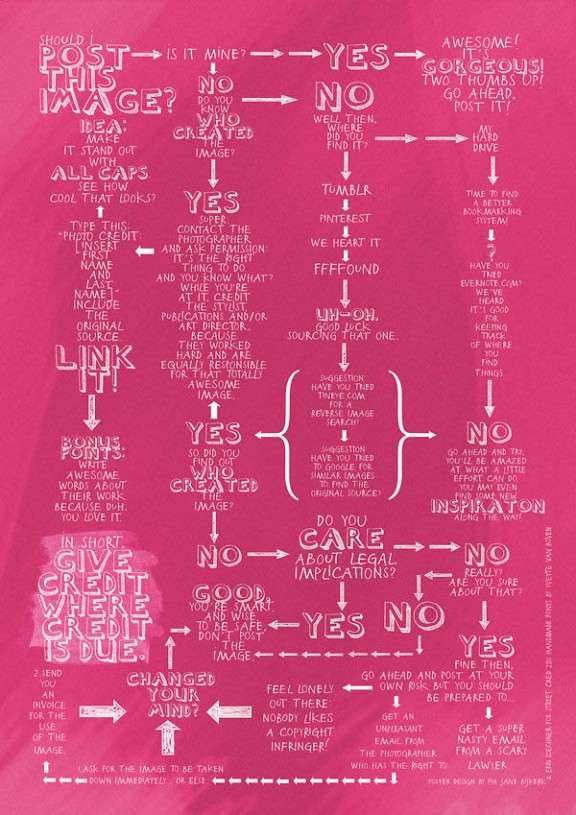 So, any questions? I’m happy to answer anything on this subject. I’m no copyright expert but I’ll help where I can! I know a lot of new bloggers are terrified about making mistakes and pissing people off, and you know what, it might happen. The blogosphere is a big and often scary place if you don’t know what you’re doing. But if you take on board the cardinal rule of being honest, genuine, asking permission and crediting properly then you should be fine!

I’d also love to hear from photographers. Have you ever had your images re-blogged without permission? Does it annoy you? How do you feel about Pinterest? Any stories or words of warning you’d like to share?

All Photography Credit: Shannon Collins Photography – full wedding can be viewed here with a load load more on her flickr page. And because I know you’ll all want to know(!), the wedding was held at The Magic Gardens in Philadelphia and she wore a Wai-Ching dress.