Perhaps supported by some kind of celebrity culture, but it seems to be widely accepted that in order to be deemed as ‘successful’ in mainstream society you have to be liked by as many people as possible. You have to have a certain number of ‘likes’ on your facebook page. You need as many followers as possible on twitter and your most recent blog post is only as strong as the number of comments that sit at the bottom of it. While this is not all together wrong, I’d like to start thinking about the other side of the coin for a minute.

Think of someone you admire. Someone that is regarded (by you) as successful. It doesn’t matter if they’re successful financially, creatively or because of their social status, but that same person that you obsess over is certainly also going to hated by someone. Not just disliked. Hated. It almost seems a given these days, that in order to really make a difference, you have to ruffles some feathers… and as well as connecting with some people in the way you present yourself you will, in turn, repel others. 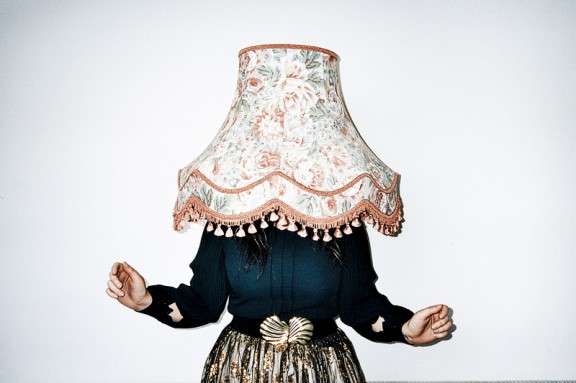 I like Freddos. There’s people out there who hate Freddos. OK, bad example. Everybody loves Freddos. But you get my drift. There’s people in every walk of life who cause a stir. They make, say or do something that people oppose. History is crammed with examples of people who took a stand for what they believed in.

Led Zepplin sounded like Led Zepplin. Picasso always painted like Picasso. All of these people have faced ‘haters’ at some stage in their lives and careers. Usually because they’ve challenged convention, gone against the grain, took a stand, created something new or stood up for what they believed to be right. They spoke in their voice and broke a silence.

These people exist in creative industries, too. They’re the ones who ignore everything that’s going on and create the work that they ‘feel’. Personally I think doing this contributes to what separates an artist from any other wedding vendor and even if I don’t always agree with what they say, do or stand for, I admire them greatly for it.

Despite my best attempts to avoid it, my work has hit criticism in the past from photographers with a very different approach to my own. In turn this has has made me question whether I should make changes to my approach based on their taste and their vision or to keep developing my own style. I’m pleased to report that after much soul searching I chose the latter!

“How many haters does it take to change a lightbulb? None. They fear change, even if it can make the world a brighter place” – Unknown 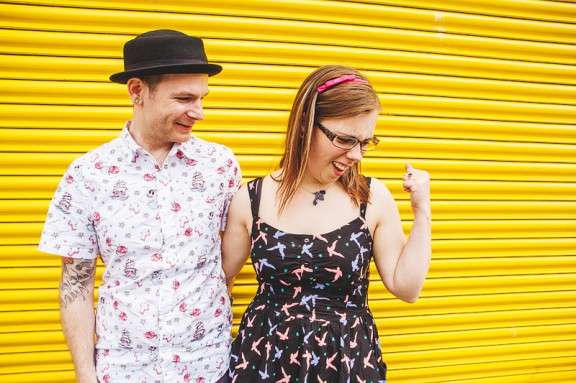 In history the most unique concepts are the ones that constantly came under fire and were are deemed ‘unsuccessful’ at the time. For example, The Beatles were rejected by HMV, Columbia and Decca before eventually being signed by Parlophone. The Beatles then went on become a mainstream success, obtaining 15 number one albums in the British album charts. Rejection should only fuel your determination for success (whatever you deem ‘success’ to mean).

You should sing in nobodies voice but your own. You might not sound like whatever people are buying into right now, but it’s your voice and originality resonates more than any clever marketing tactic. Don’t forget, as wedding suppliers, we can only work with a number of clients a year so really, all you have to do is please 10/20/30 couples a year and you’re golden! Forget the rest! 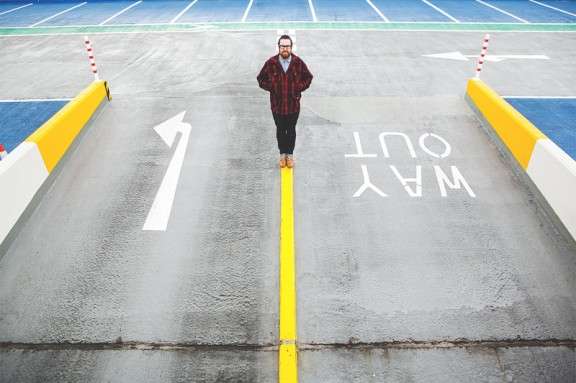 Of course this isn’t to say that all feedback should be shrugged off as ‘hatred’. Sometimes people do just want to help you improve and it’s important to understand and value the difference between constructive feedback and those who simply fear change. If ever you get negative feedback, ask yourself if it comes from a place of love (and someone you trust) or if it’s merely someone having a pop. If it’s the latter by all means ignore, but if the former, maybe you do need to look internally and see if they have a point.

So why do people hate on stuff? Usually because it’s different or because they fear change. The concept, message or product might not benefit them or it might even inconvenience them and the way they run their businesses. It’s not unusual for even your closest friends to be anti-your-new-idea if it doesn’t fit in with their agenda. A lot of people are blissfully content with the way their lives function right now and will contest change, at least at first. But if your idea or ethos gains momentum, it may be replicated or imitated as less creative folks try to ride the wave of success that you’ve started surfin’. I’ve seen it happen over and over in this industry of ours! 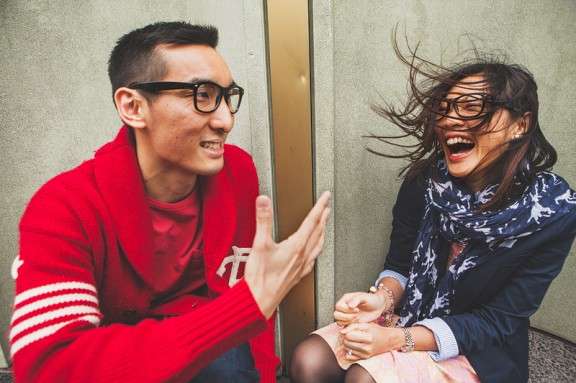 However let’s be real for a minute, being hated is hard. Taking criticism is hard, especially when it comes at you online. But being hated isn’t something you should avoid. You shouldn’t stop being you for fear of what people might think, say or tweet. It’s actually something you should be craving on a daily basis as an artist. For me, as a photographer, that comes from creating new and experimental ways to keep my work creatively fresh and consistently developing. Recently I changed the way I ‘allowed’ myself to be inspired. I got my head out of other wedding photographers’ blogs and trained my brain to respond creatively to the world around me. I know a lot of peeps in the wedding industry seek inspiration from Pinterest or Tumblr, but, for me (as a photographer), the concept of collecting images has and always will, lead to me trying to recreate them… usually unintentionally. So by cutting myself off a bit and not knowing what anyone else was shooting, my inspiration started to come from elsewhere. I got my head out of my desk and tried to not ‘force’ myself to create an image I’d seen elsewhere.

I took time out, relaxed more and pushed myself to try new experiences. I became inspired by architecture and people. I’d quite happily people watch for hours on end. I find expressions fascinating. Realising something as simple as my inspiration sources changed the direction of my work and I began shooting images that were not only different but I also found something that itched a creative scab that I had been trying to reach for years. My inspirations became my vision and that translated directly into my work. Some people loved it (great) others hated it (even more great!) but nowadays I don’t let anyone else’s opinion (either positive or negative) influence what I do. My work is for me and my clients, no one else. This is one of the main reasons that I turned comments off on my blog. It’s a hard habit to kick if you’re involved with social networking but totally worth the benefits in the long haul. I also never read photography forums and I choose not to join in with the the-controversial-bitter-wedding-photography-facebook-debate. 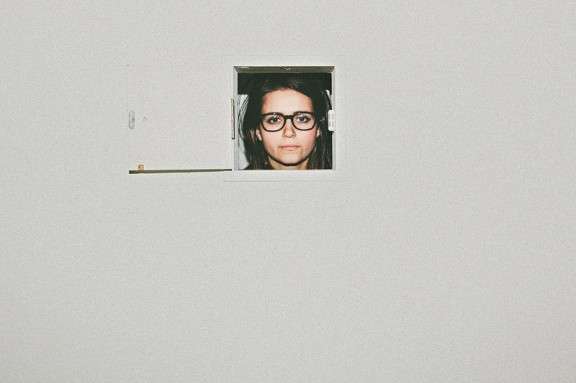 Being ‘hated’ is never nice. When I first started thinking about the concept that “it’s good to be hated” I still felt the need to respond to negative comments and to try and defend what I was doing. But recently I’ve learnt that this is futile. If they hate you they hate you, and nothing you say will convince them otherwise so don’t waste your time trying! My advice to you would be to never, ever lose faith in your crazy ass idea and to never lower yourself to defending it. Being hated is something you should be insanely proud of. Give yourself a high-five if someone has laid an emotionally charged fearful turd on your work recently.

It takes time but you can learn to blank out these comments and the voice in your head that doubts you. Once you’ve begun to work without these distractions you will start to feel a true sense of creative satisfaction as your idea rides the crest of a wave that everyone else desperately wishes they noticed earlier. 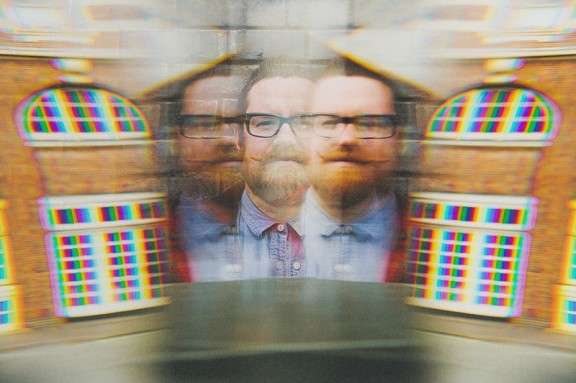 Chris Barber is a wedding photographer from Birmingham, UK with a penchant for Freddos and getting a little too emotional over architecture. He also has hair like Jimmy Neutron although he promises he’s never cut it himself.