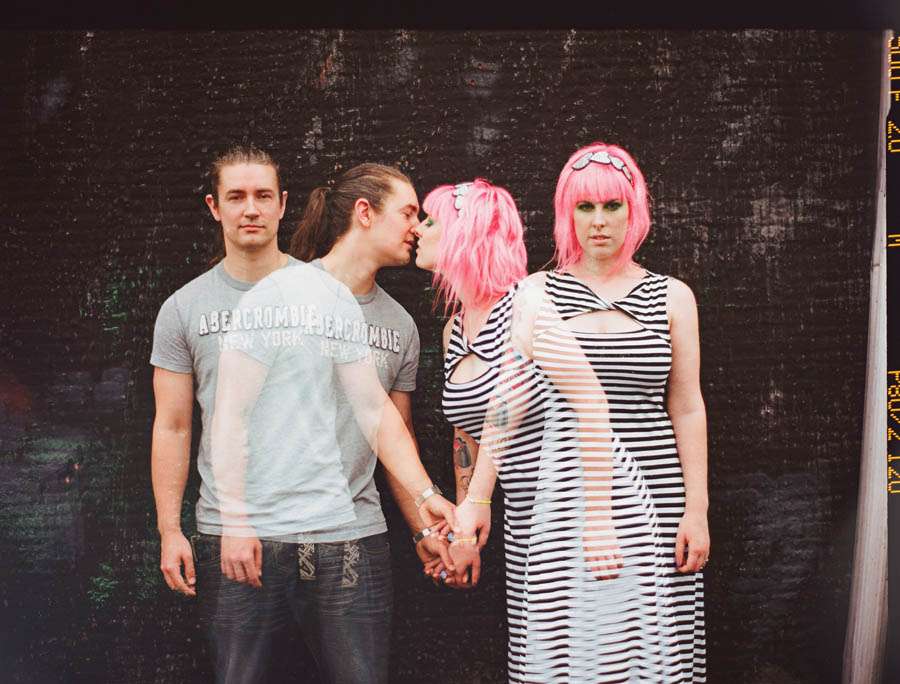 Almost exclusively the Green Room centres on the successful businesses, the people who run them and the strategies they employ to get, and stay, where they are. These are all super-important and you should be learning something from every article but we have absolutely neglected something equally critical from these pages. Something it took me too long and too much effort to realise on my own.

You might have already read about how this blog came to be, Kat has written about it on a couple of occasions but it’s necessary to go over it one more time to get this rarely discussed point across. This time the story will be from my perspective. And as everybody knows there are always two sides to a story.

A few years ago Kat was working nightshifts, five days a week, including covering the weekends. I was running a small IT company with a friend who I knew from college. In spite of my innovative ideas the business was merely treading water and the work was extremely stressful. I vividly recall several times when one wrong move would have lost millions of pounds worth of data, forever. As much as I love computers (and working with enterprise servers and infrastructure is awesomely exciting) I love my wife even more, she was my only motivation. Providing for my wife was the only reason I stayed at it. I wasn’t making much money but I had the potential, if things really took off, to give us a comfortable life.

The problem was our work schedules conflicted horribly; we had two short evenings in the week when we could spend any time together. Out of this we spawned ‘date night’, which I later found out is nowhere near a unique idea. We would go out to a restaurant, see a movie, and just spend ‘quality time’ together, which I later found out is also a euphemism. This worked really well for a while, until the blog started to take more of Kat’s time. While not working her day (night) job, Kat was busy working on the blog. Seeking out new photographers, posting content, and getting involved in forums and groups. It didn’t take long until I spent more of our date night staring at the back of a mobile phone than into my wife’s eyes. This was a serious issue, more so since at this stage the blog was making no money (we did not accept advertising requests until much later) so it seemed like a sacrifice without purpose. I felt like the only thing that was, is, important to me was becoming harder and harder to reach. 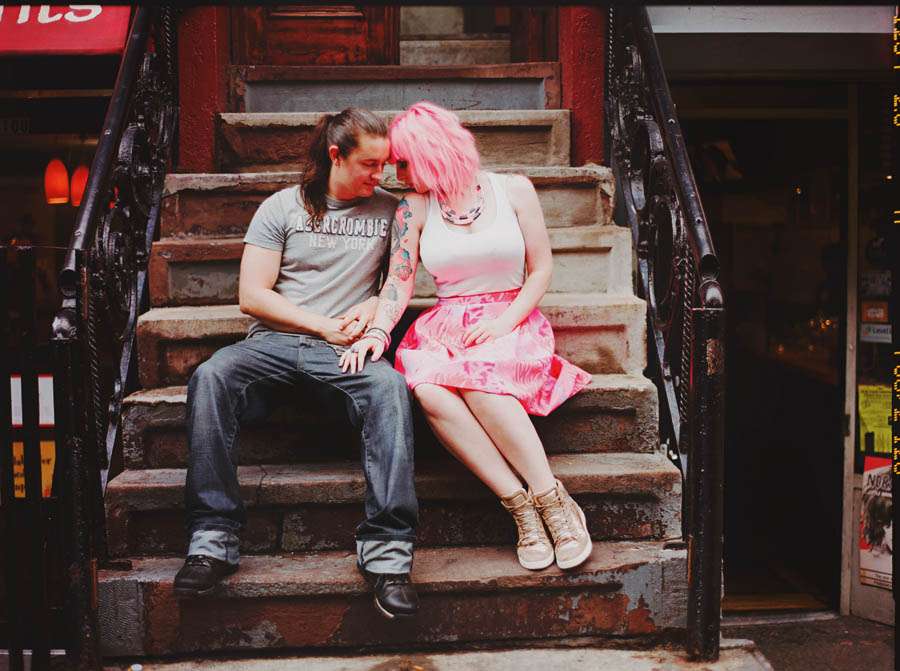 One night, while Kat was at work, I was sitting alone thinking about how this obsessiveness she displayed was driving a wedge between us. I was to confront her, I decided. The phone had to disappear, I never wanted to see the back of that thing again. Maybe the blog had to go too, after all, we weren’t planning another wedding. What was the point of it? As the list of demands grew selfishly in my head a tiny voice spoke up. What if she’d told me I had to pack in working for myself? I had been living payday to payday yet could have easily picked up an IT job in the City and instantly made us better off but I have always loathed the office/commuter lifestyle. She knew this and accepted the risks that came with me running my own business, without questioning, without prejudice.

I had always imagined our perfect future would look like me running a super-successful company and my wife would be a stereotypical domestic Goddess. In many ways we’re both quite old fashioned at heart; I like to hold doors open for her and she likes to cook for me. At that moment I recounted the phrase “Behind every great man is a great woman”. It is not only old fashioned but also sexist to ignore that the reverse of this must be true. If many of the great men throughout history have been empowered to greatness by the freedom their wives gave them then many of the great women must have been empowered by their men. If it’s Kat’s desire to get into wedding blogging, I further reasoned, then it’s my marital duty to support her in any way I can.

The first action I took was to let go of the anger I had been feeling about Kat’s mobile phone use at date night. This deliberate, forced attitude shift made the world of difference. I soon began to take a genuine interest in what she was doing, who she was contacting, how she was working. I think it was around this time that we started talking about how advertising might work, establishing the value for an ad slot, and looking at the layout of the site. All skills I had picked up in my years sitting at a computer, being a geek. 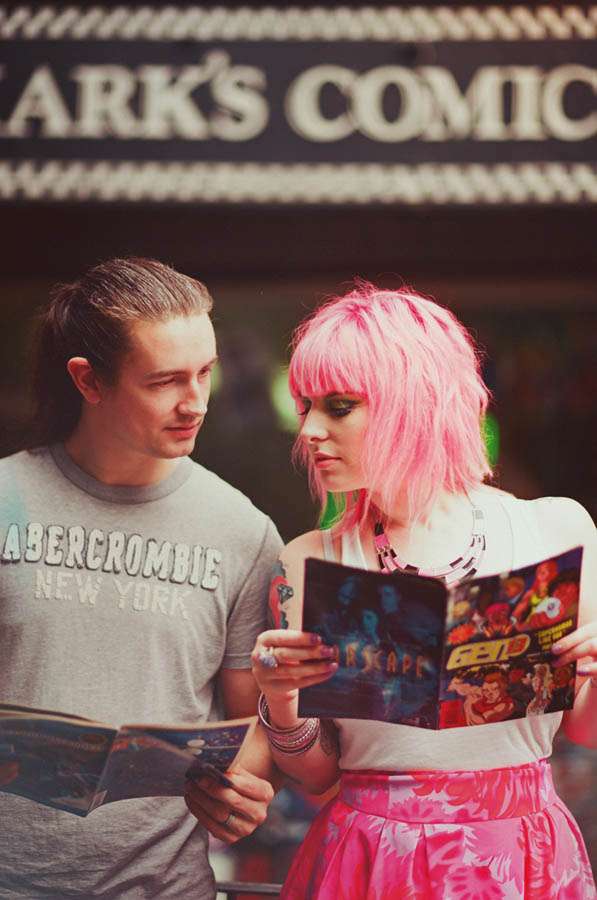 The more involved I made myself, the more interested I became in the business. But still I remained very much hidden, behind the scenes, for this world of weddings is a woman’s world. Or so I thought, until one peculiar night when I found myself sat on a table with Pete, husband to Emma Case, and Dave, husband to Lucy Ledger. These two guys were so proud of their wives, they openly acknowledged how hard the girls had worked, and continue to work, and were happy to be second-in-command, picking up the slack wherever it may be. And that was just it, second-in-command, that’s what my subconscious was still having trouble accepting. I looked back at Pete and Dave, how they acted with their wives and how they interacted with each other and I realised nobody was ‘second-in-command’, they were partners, in every sense of the word. And I knew that was what I wanted for us too.

In the years since, Kat has worked tirelessly and performed miracles with the business. Building it to the stage where we could both quit our other jobs and spend nigh-on twenty four hours a day together. Our home life has changed quite a bit and spending so much time with each other is never going to be everybody’s cup of tea but it’s perfect for us. By letting go of my hitherto undiscovered sexist ideals I know that I have enabled her growth. Yet it scares me to think back to that lonely evening when, in trying to protect our relationship, I almost made a decision that could have destroyed everything. And so I’ve never shared any of this with Kat before now.

Sadly, I know there are other women out there, struggling to turn their dreams into reality, whose partners do not support them the way they should. Perhaps my story will help. Perhaps your partner will read this. Perhaps he will make a small change to his behaviour. Often, all it takes is a small change, such as turning a blind eye to a mobile phone over dinner on date night. 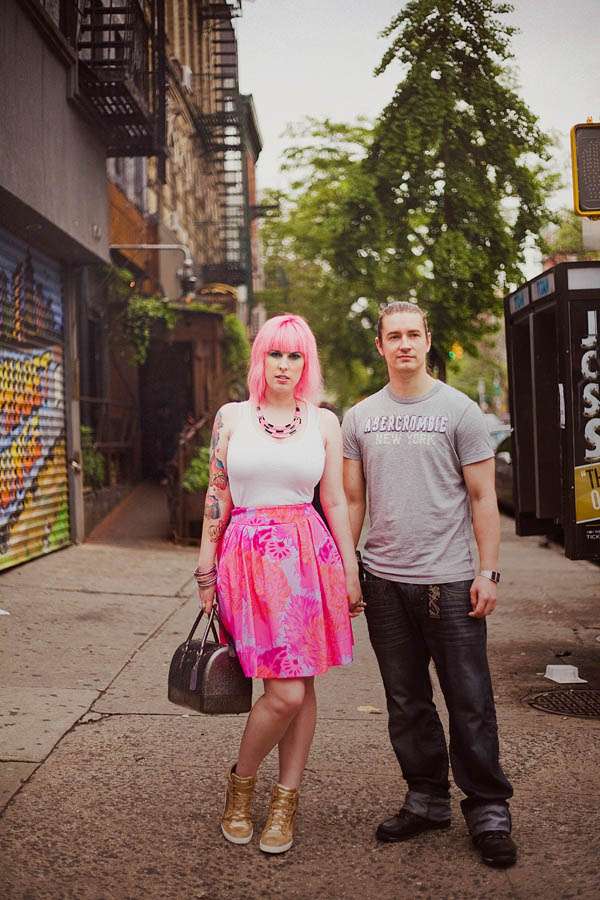