In 1983 Cyndi Lauper released her debut single, “Girls Just Wanna Have Fun!” while Madonna’s “Holiday” was the first of her records to really make an impact on the Billboard charts. They dominated the airwaves. Rumours of fueds and mutual distaste behind the scenes raged but they both received equal amounts of success. Their catchy pop tracks and punk inspired looks influenced a generation of girls who crimped their hair and danced around their bedrooms with hairbrush microphones. Whether they liked it (or each other) or not both Cyndi and Madonna were changing the face of a generation.

In the 80s the girls looked quite similar…

Fast forward to 2012 and where are they now? In a nutshell, Madonna is still a global superstar…in fact the global superstar. She’s just written and directed her first feature film, W.E. She’s also about to release her 12th studio album, MDNA, this month and her mammoth world arena tour starts in July. Her appearance on The Graham Norton show (UK) in January drew in a remarkable 4.2 million viewers (over a million more than the show usually records) and her performance at the 2012 Superbowl was watched by an estimated 1 billion viewers across over 200 countries. 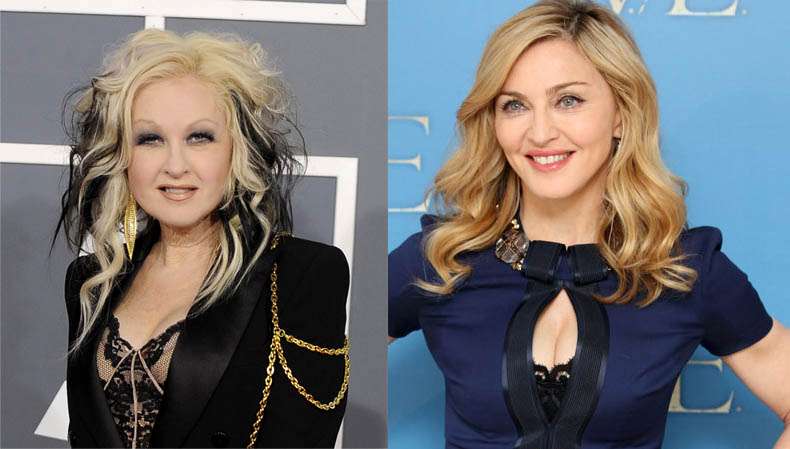 …But today they couldnt be more different

Forgive me but while Cyndi looks like the lovechild of Christina Aguilera and the 80s gone wrong Madonna is effervescent, modern and doesn’t look anywhere near her 53 years.

So what’s happened? Why has Madonna stood the test of time while Cyndi hasn’t? The universally accepted theory is that Madonna has moved with the times and has been the ever changing chameleon whereas poor Cyndi appears to be trying to cling onto that 80s glory. Cyndi hasn’t allowed herself to move on and so she’s been left behind.

This is an idea I think about often. I am acutely aware that although the pink haired mouthy blogger thing is rocking my world right now, it probably won’t last forever. Can I really be 50 and still doing things exactly the way I am now? Christ, I hope not! I want my business to naturally grow and progress.

So, how can we make ourselves and our business a little more like Madonna and a whole lot less like Cyndi Lauper?

It is so important to never ever rest on your laurels or allow yourself to think that you’ve ‘made it’. This is a sure fire way to get left behind. You need to be always thinking about your next move and what you can do to improve and grow.

Taking wedding blogging as an example, it seems to me that advertising is currently the biggest way that bloggers make money. However will this last forever? Will people still want to be advertising on blogs in 5, 10, 20 years? They may do but they may not! We all know magazine advertising is falling out of favour, so it stands to reason that this may well happen with blogs someday too. If, as a blogger, I was only making money through the adverts on my site I’d be a little bit nervous.

It’s important to realise that you should never put all your eggs in one basket and to be regularly thinking about how you expand or diversify your business to make money from other (related) avenues.

One of the best pieces of business advice I’ve ever been given was by my friend David McNeil when we worked at the shopping channel together. He was just starting wedding photography and I’d been running Rock n Roll Bride for maybe 6 months. It was going well for me and the blog was getting some good traffic and press. However at this time the only other wedding blogs I knew where American and therefore featuring predominantly American weddings. So I was doing the same. It wasn’t that I didn’t want to feature UK weddings and suppliers but they were harder to find online. Similarly back in 2008, the US wedding photography community were much more actively involved in blogs and so almost all of the submissions I got were from the other side of the pond.

David said to me that if I wanted to progress, stand out and ultimately make money I’d have to focus on what made me unique – that I was in the UK. Although a blog is international by design, it would only be by making connections over here that I could actually be seen as a professional business. After all I couldn’t very well be any kind of authority if I didn’t know anyone in the wedding industry in my own country!

I was dubious and I wasn’t sure how I would even begin to do this but over time I was able to make a small group of like-minded wedding supplier friends. David was right, as my domestic connections grew and expanded my profile within the UK raised enormously and my blog content improved and diversified.

These days being a UK wedding blog doesn’t make me unique, there are bloomin’ loads of us, so what have I done? I’ve focused on the other things that make me stand out.

Quite simply if you have a new idea or you identify a change that needs to be made then just DO IT! Nothing frustrates me more than talking to people who know they need to make changes but they keep. putting. it. off.

Baby, no one’s going to do it for you. If something’s not working, think about why it’s failing and change it!

For some people there will always be an excuse not to do something right away…they’re too busy…it’s too difficult…they can’t afford it…Well I’m going to give you some tough love right about now – STOP MAKING EXCUSES AND BLOODY WELL DO IT (whoops, sorry for shouting at you there, I do it in love…honest!)

At the end of the day if you don’t make the simple changes you need to to stay on top of your business then you’re going to get left behind. Those simple tasks will turn into big ones and before you know it it’s 2012 and you’re sporting a bubble perm. 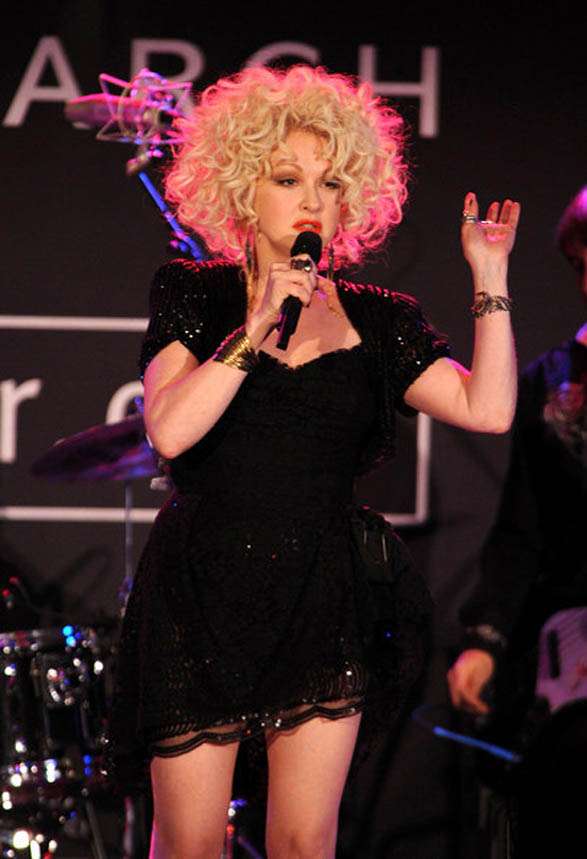 Improvements don’t happen over night, nor do they happen without a healthy dose of experimentation and risk. It’s vital that you’re not afraid to do both these things. Otherwise how will you or your business grow or improve?

Not everything you do will be a success but that’s fine! The important thing is to learn from these experiences and use them to move forward.

Forge your own path and don’t follow the crowd

A wise person once said “be yourself, everybody else is taken.” This goes for business too. You may be in the same industry as many, many others but why do you feel the need to run your business in the same way as they do? The beauty of running your own business is just that – that it’s yours to do with it as you wish! Lemmings follow each other and fall of cliffs together, strong and able business people decide what’s right for them and forge their own paths.

Something that’s massively helped me recently is making connections outside of the wedding industry. Meeting Gala & Nubby for example has not only given me two brand spanking new and awesome friends, but they’ve reignited my excitement about the blogging medium. They’ve inspired me to think outside the wedding box and have allowed me to share things differently to others within the wedding blogging bubble. Nubby isn’t a graphic designer who specialises in wedding branding, therefore my blog and my brand stands out from the crowd. Gala isn’t a wedding blogger so the things we do together aren’t all about white dresses and bunting.

While it’s important to make connections within your niche, its also hugely beneficial to make them outside of it.

Don’t worry, I’m not saying the wedding industry, as we know it, will be unrecognisable tomorrow and we’ll all be out of a job. Similarly, this post is not meant to scare you into thinking that you need to make massive changes all the time. I merely want you to consider what you’re doing but also how and why you’re doing it. Keep questioning and always be thinking about what your next step could be to ensure that your business is still here in 5, 10, 20 or even 50 years!

All I can say right now is I sure hope I look as good as Madonna when I’m 53!