Wow January has been such a blur! In fact it’s moved at such a super fast speed and so much has been going on that it feels like May or something already. So much has happened this month (good stuff by the way…) and as always the British press have been nothing but wonderful to me. Thank you to all the feature writers, editors and journalists that are so supportive of Rock n Roll Bride. 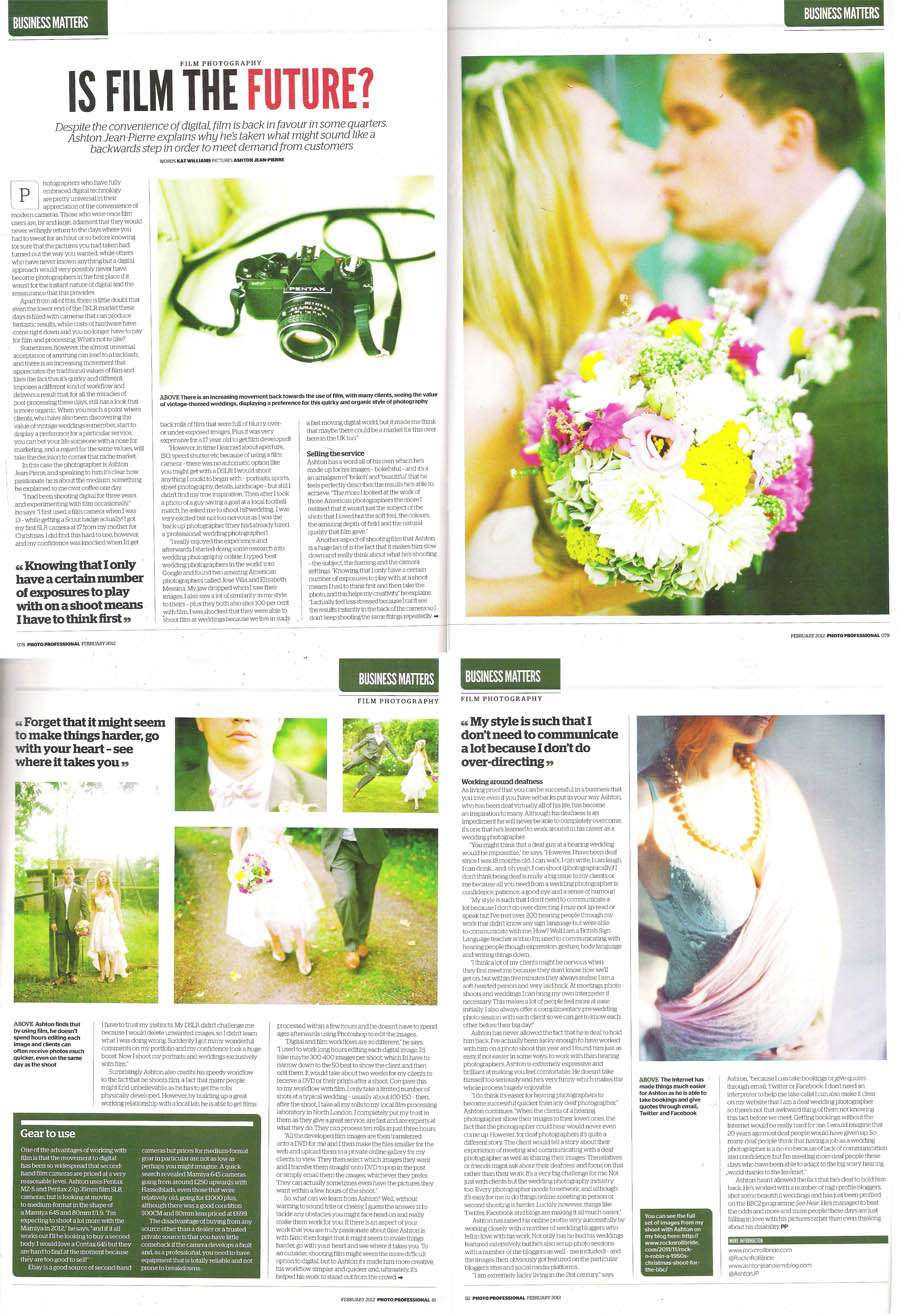 This month’s article was a homage to my friend Ashton Jean-Pierre – not only his fantastic work with film photography but how he overcomes being a deaf wedding photographer in a hearing world. 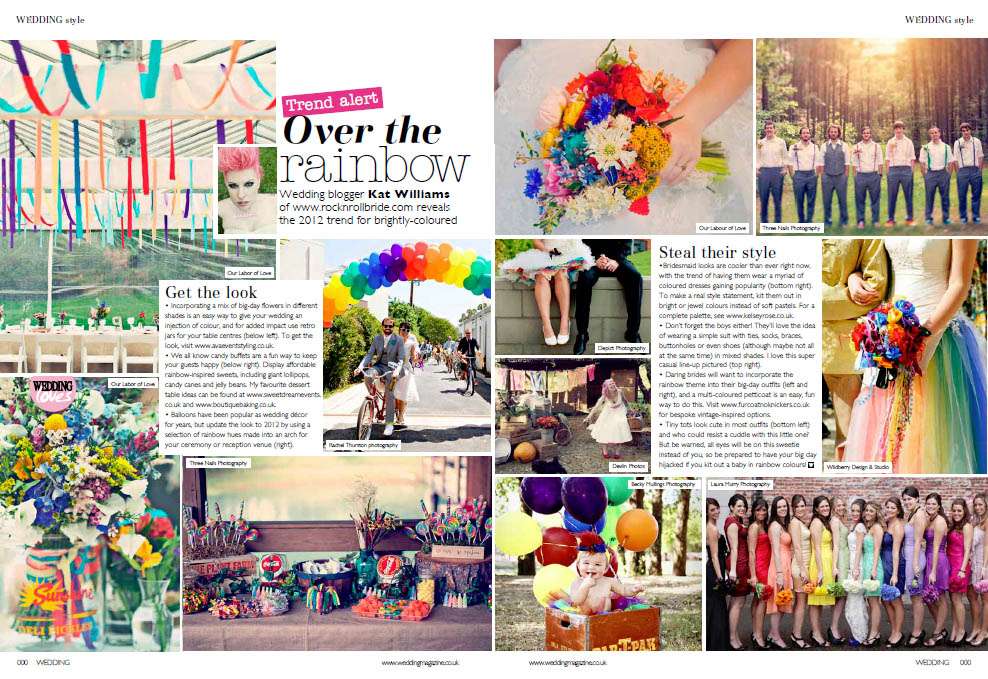 Rainbow, rainbow everywhere! I was so pleased when Wedding Magazine agreed to feature some of my favourite rainbow wedding ideas this month. Rainbow is without a doubt my very favourite colour… 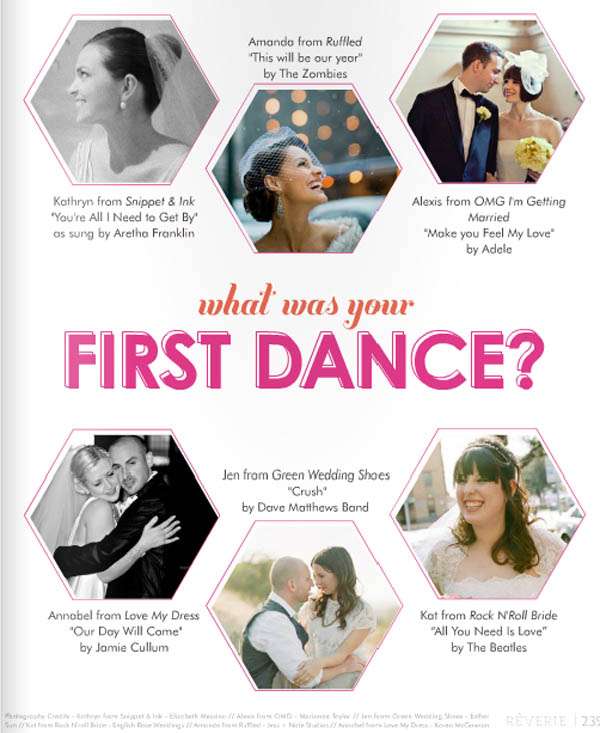 Brand new online magazine Reverie included me in their ‘what was your first dance?’ article. Look how young I look! I was also lucky enough to attend their launch party at Browns Bride this month which was pretty fabulous indeed. 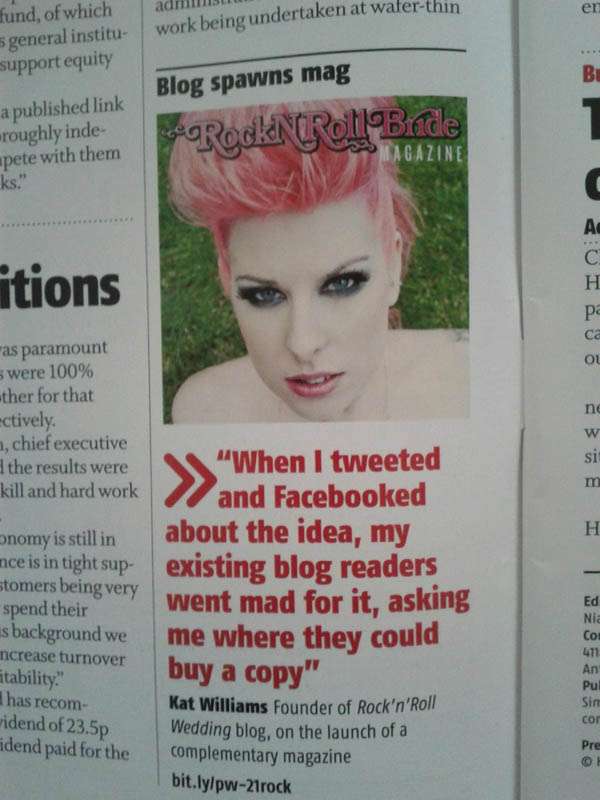 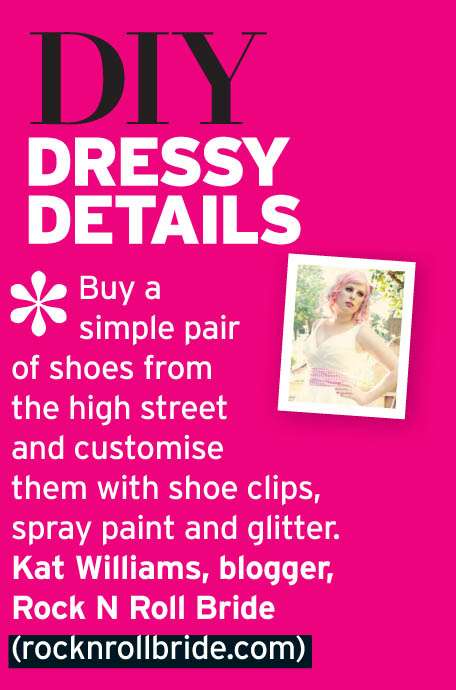 I was asked by Perfect Wedding magazine if I had any tips for DIY brides…and of course I was happy to oblige!

The April 2013 Harper's Bazaar cover sure gets my stamp of approval. The subscribers edition is pretty damn rad too.