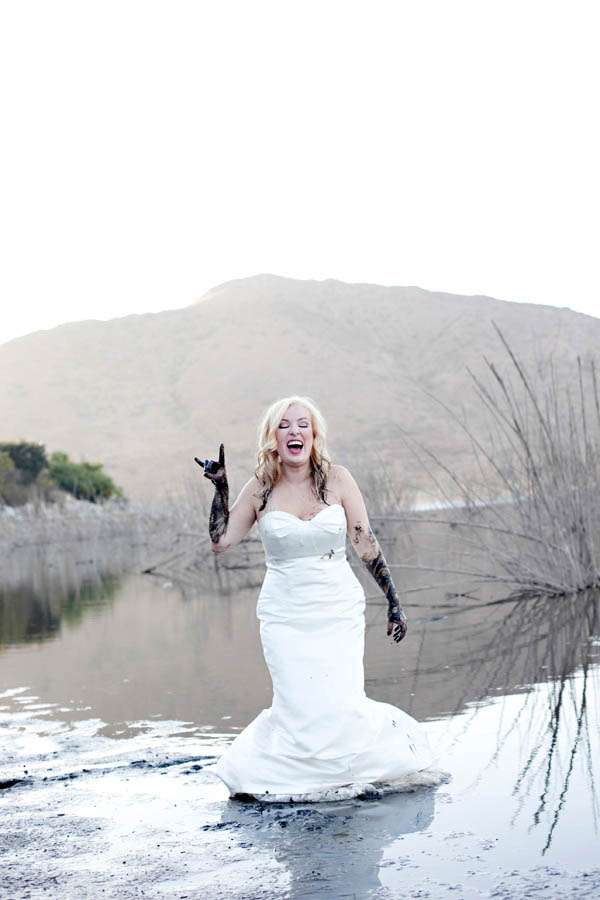 A bride willing to get her gown crazy-muddy for a trash the dress shoot probably isn’t anything new to a lot of your seasoned Rock n Roll Bride readers, but something about Rachel’s shoot really did make me go ‘wow’. 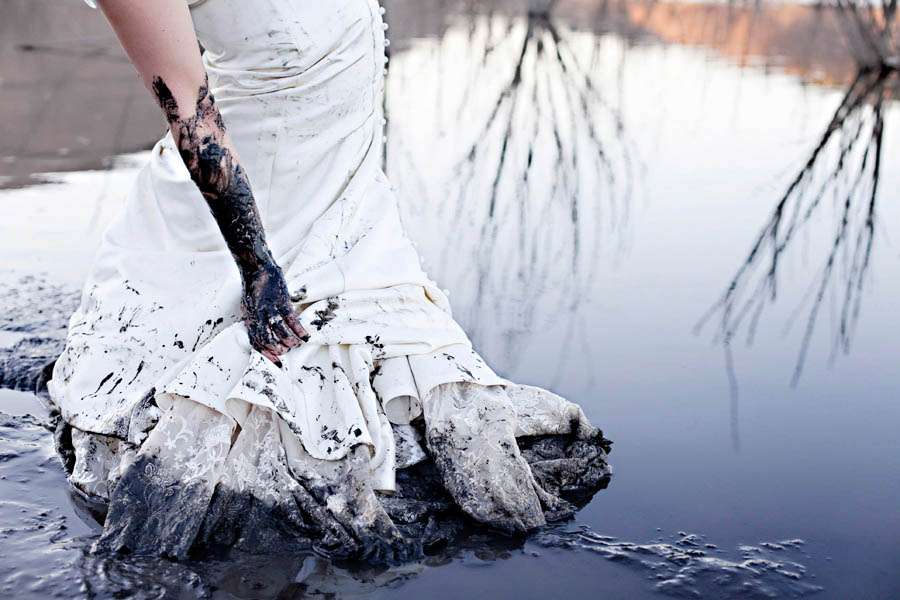 “Rachel contacted me for her trash the dress session desiring to get down & dirty, even muddy if possible,” photographer Gabrielle Foxtold me. “She said to think wilderness with a punk rock edge to it. I thought of an awesome location, a muddy lake near San Diego, and it ended up being the perfect setting! The photos definitely had a Rock n Roll feel to them, mixed with some Marilyn Monroe bombshell.” 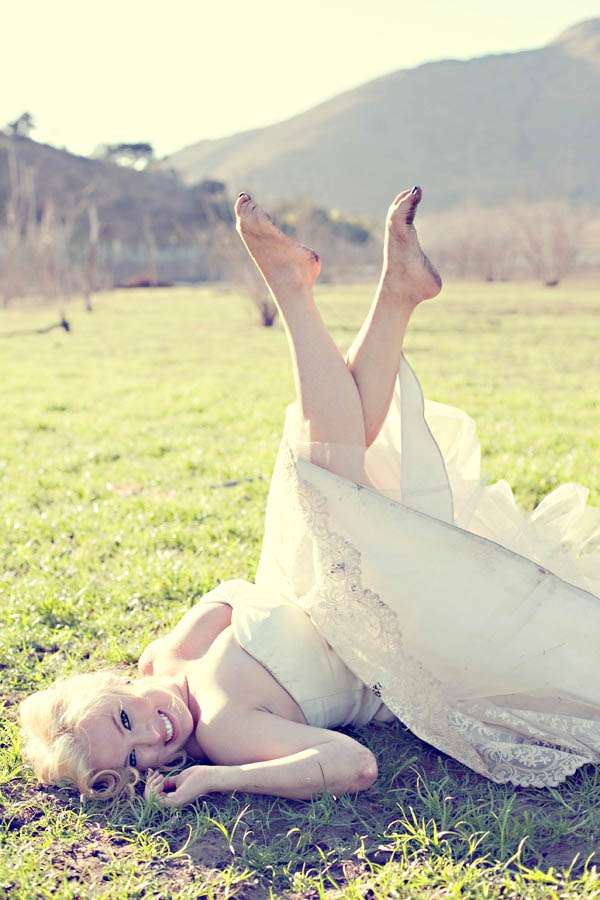 Thanks to Gabrielle Fox for sharing these today 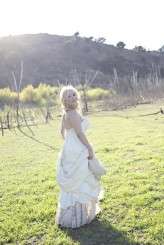 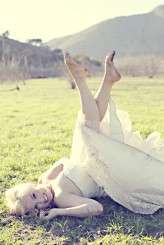 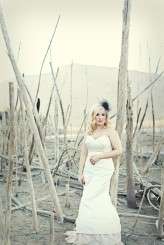 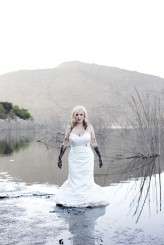 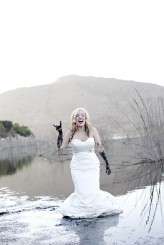 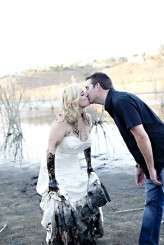 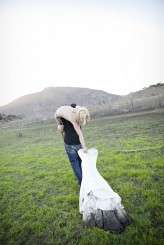