Alex & Claire’s retro, 50’s housewife engagement is aces! Not only because it was shot by one of my bestest wedding buddies, Emma Case but because it has tea, cakes and scrabble!

“Alex and Claire are getting married in August and Alex is my best friend’s boyfriend’s brother so I know them both pretty well and am ridiculously excited about their wedding as I know what our nights out are like when we all go out together!” Emma began to yell me excitedly. “A special treat is Claire’s wonderful rendition of “Oh, wouldn’t it be lovely” in a cockney accent…she’s actually very Northern (that’s usually nearer the end of the night).”
“Alex called me about a month back asking if we could do some pictures for their invites and that they had a few ideas (brilliant)…. I arrived at their house and they were both dressed in full 1950’s get up and had the table set ready for their photo shoot!  Love it!  They wanted to try and do the ‘1950’s how to be a good housewife’ thing and they really got in to it… I LOVE couples like that… no I really mean it… L..O..V..E!” 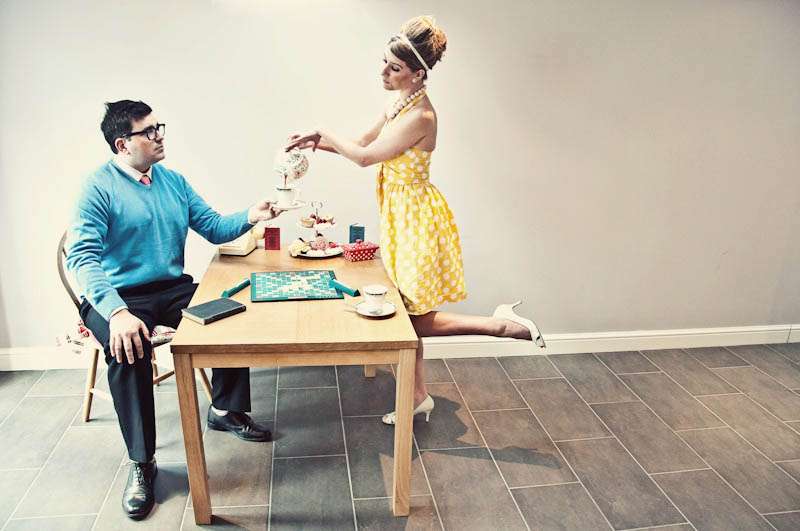 Thanks Emma Wemmy – I love.love.love it too! 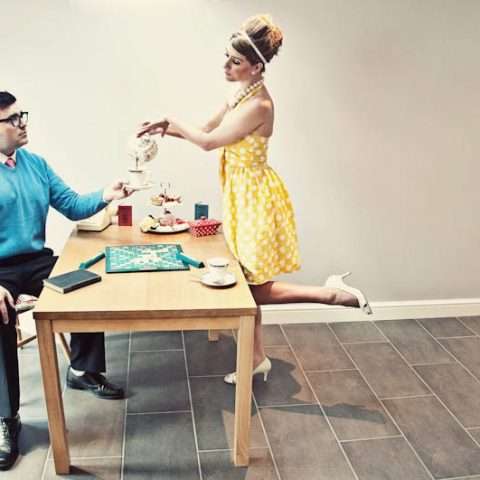 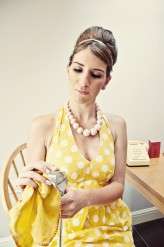 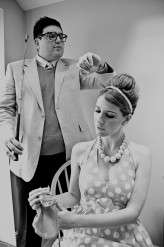 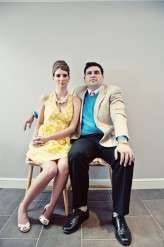 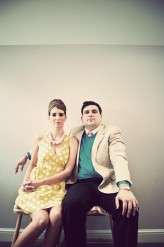 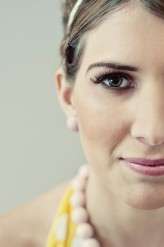 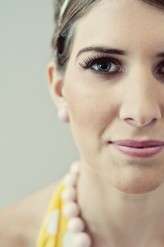 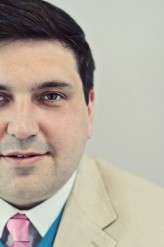 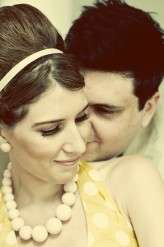 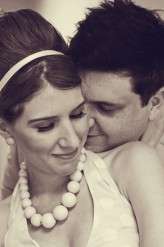 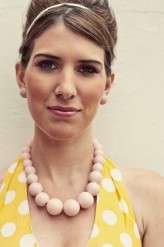 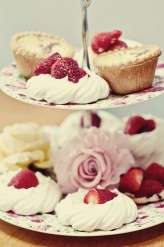 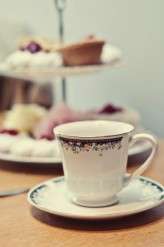 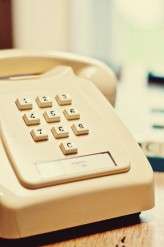 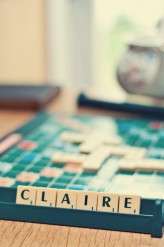 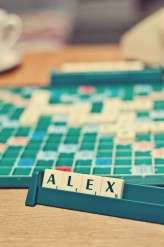 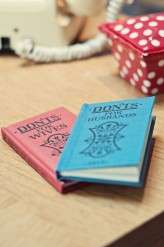 What a Small World…

I love a shoot with a great story behind it...especially when it revolves around people I know! When bride-to-be Laura checked in on Rock n Roll Bride a few months ago she fell in love with the work of UK photographer, David McNeil. She promptly contacted him to arrange an engagement shoot in Brighton. Her fiance Nick and her turned up on the morning of the shoot, only to discover that unbeknownst to both of the boys, they already knew each other! David and Nick actually used to work together long before David tried his hand at wedding photography and Nick got engaged...but wait the tale gets stranger because when David sent me these images it turns out I used to work with Nick too! What a small world...