This roller derby bride (who met her friend and photographer Lilly whilst playing roller derby for the Rat City Rollers in Seattle) married her long term boyfriend at a 1920’s/1930’s Bonnie & Clyde inspired wedding in Kubota Gardens, a Japanese garden in Seattle.  The entire wedding party was in vintage 1930’s garb, as were many of the guests. A getaway car in the form of a 1930’s hot rod was provided by a good friend of Randi and Todd’s: Jerry Chinn, who is a local prop house owner and collector of vintage vehicles.  He was kind enough to pull over a couple of times so the photographer could get some really great shots of them with the car. The reception was at a neighborhood watering hole called Calamity Jane’s where jambalaya and collard greens were served and square dancing ensued. 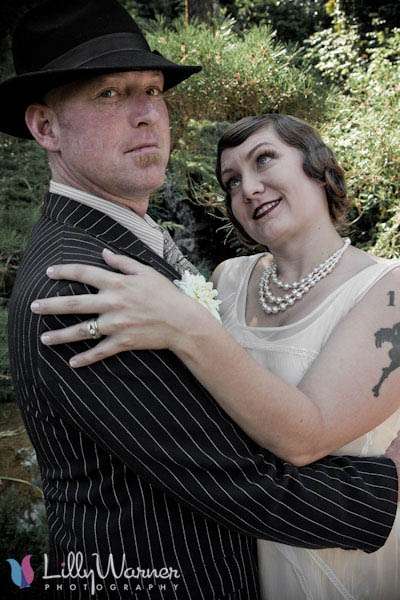 Randi’s dress was by Vintage Style Clothing, her hairpiece was by Jennypickly Design on Etsy and all the guys wore outfits from Perfect Party Costumes.

Thanks to Lilly for sharing this awesomely inspiring wedding with us 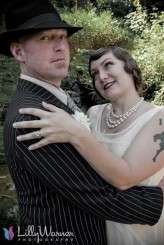 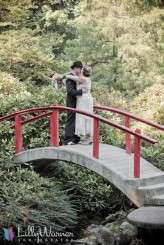 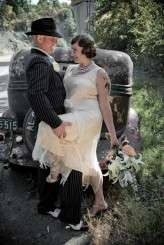 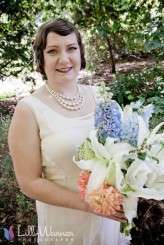 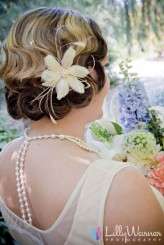 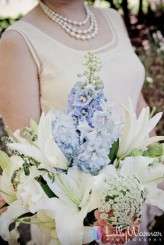 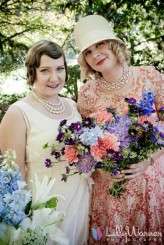 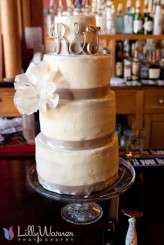 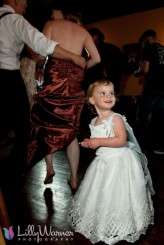