“Since our wedding budget was virtually non-existent, at first we were planning to do a very small, modest wedding”, explained the bride. “But as we went along, we decided to add a bit of a ‘kick’ to this very important day. We both like antique and retro stuff so after short consideration we decided that a theme for our wedding has to be jazz (or 1920s and 30s art deco).” 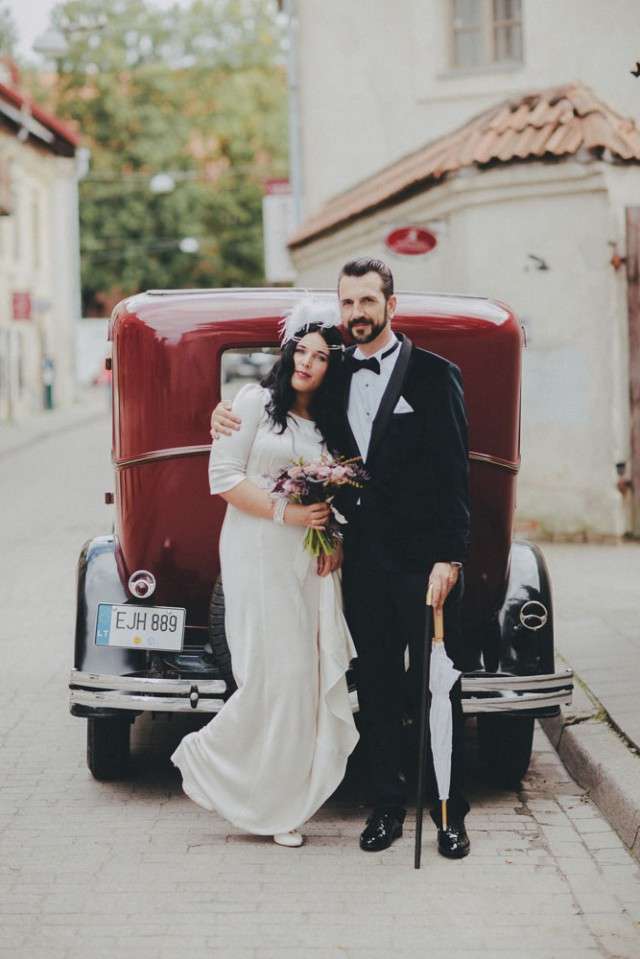 The bride wore a dress by Ghost with Rachel Simpson shoes and a headpiece which she designed herself. “Perhaps the one thing that sets our wedding apart from the norm is the fact that we were able to blend old with a new”, she continued. “Our transport for example was a true museum piece. The only operational 1930 DODGE Brothers 6 Sedan in Lithuania. It has been displayed in a Museum for 17 years and only recently bought by a local collector who decided to put this beauty back on the road.” 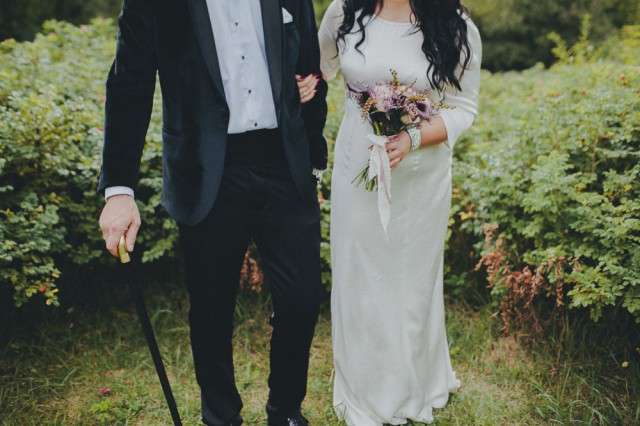 “We did a lot of things ourselves too. The numerous retro style drawings and F.S. Fitzgerald quotes hung at the reception were handmade by me. The antique style photos, candle holders and other table props were collected by us. We also had a signature board for all the guests to sign.” 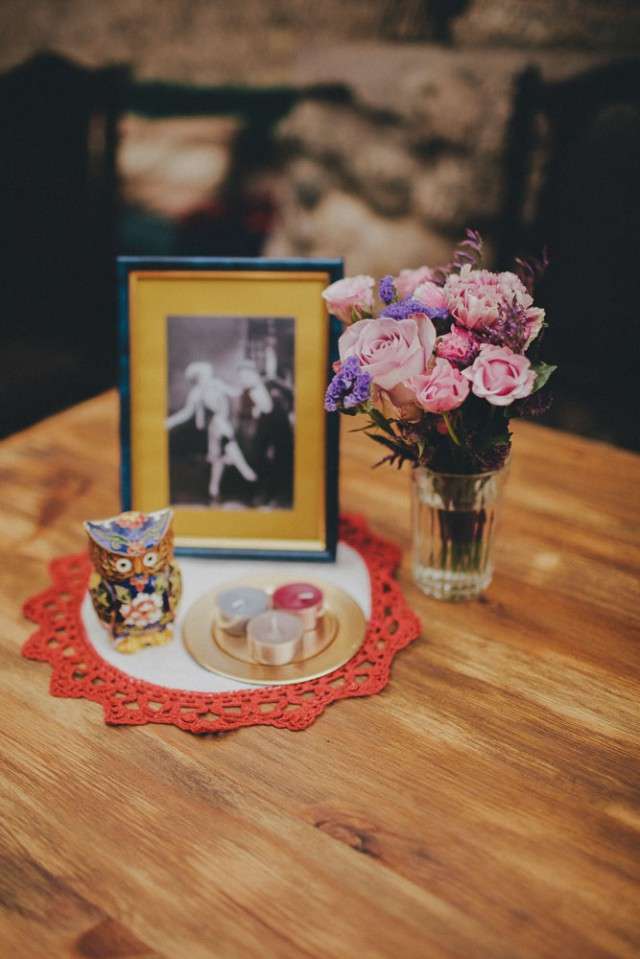 “My favourite part of the wedding was the moment we were about to leave the my home to go to the ceremony”, she remembered. “The reality of what is about to happen sunk in and I nearly fainted from excitement! I also loved our photo shoot and the lovely ride in a vintage car through the old town of Vilnius. It was an opportunity to enjoy each other and celebrate the union we had just made.” 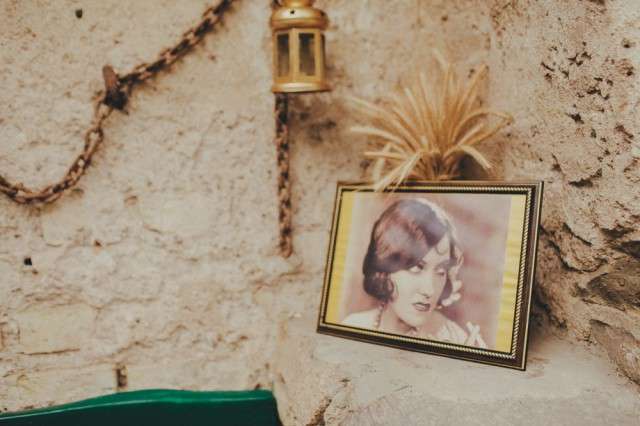 Although this was a low budget wedding, the couple certainly didn’t have to scrimp on style. Their biggest expenses were the bride’s dress at €290 and the groom’s shoes at €200 since they couldn’t make those themselves. “We saved tons of money by not hiring a wedding planner, hair and make up artist, DJ or a band”, she said. “We also made the invitations and other decorations ourselves. Choosing a simple cosy restaurant as our venue and keeping the guest list small (only 35 people attended) also saved a lot.” 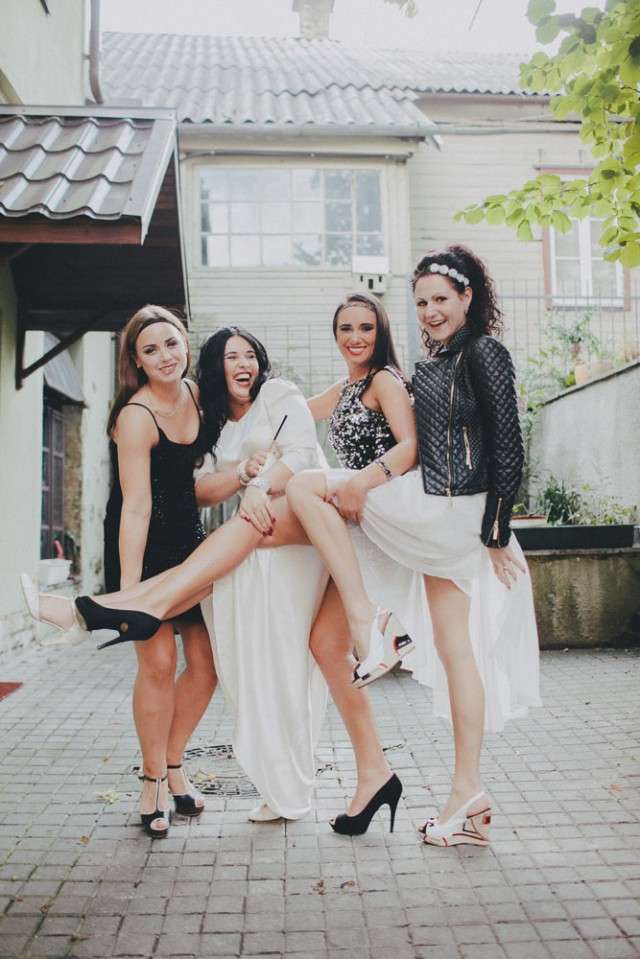 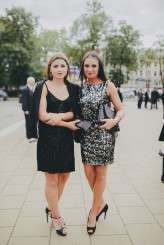 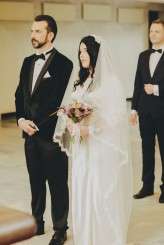 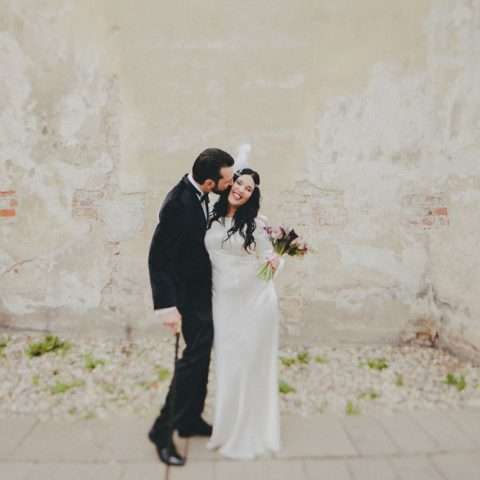 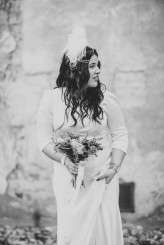 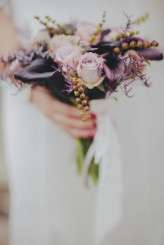 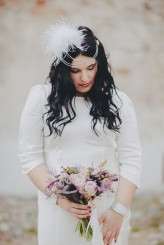 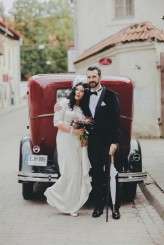 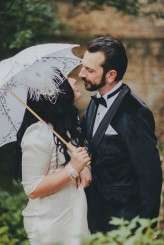 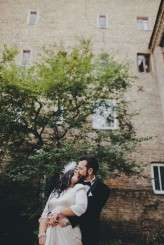 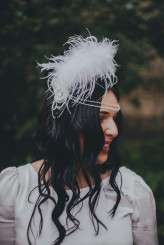 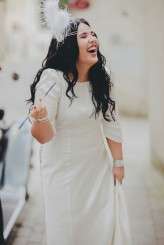 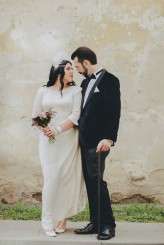 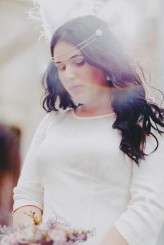 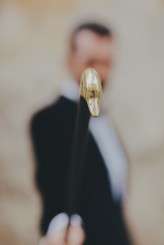 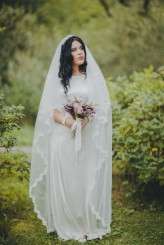 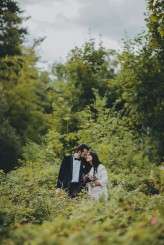 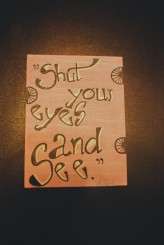 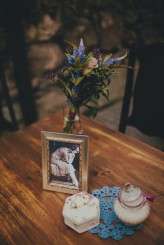 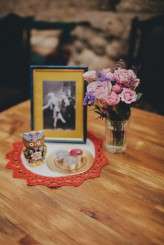 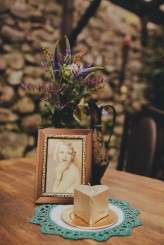 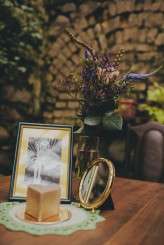 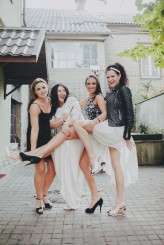