I was sent this wedding by Leah of The Accidental Housewife as she knows I am a huge fan of the Groom Styling and this wedding had it in droves.  However after reading her posts and seeing the rest of the photographs, I’m sorry but I have to make this post more than just Groom Style.  How could I possibly leave out the engagement or the dress story!  Check out The Accidental Housewife for the full story… 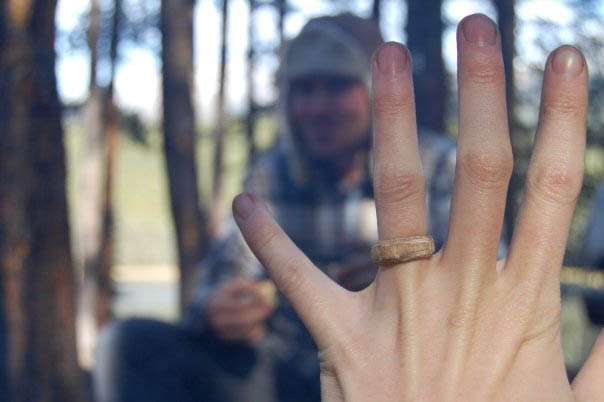 The Wooden Engagement Ring – words by the Bride, Genevieve:
On the day of our anniversary, since we could not go shopping, I suggested we make presents for each other, little did I know that Eben had a plan and was just trying to find a way to get some time alone and I had just given him a way! We went our separate ways, I went to find wood which I later whittled into a picture frame, and he climbed the closest mountain to get cell phone to call my mom and ask her if he could ask my hand in marriage, she said yes and cried a lot. Then he found a branch and started widdling me an engagement ring. (sidenote: he had been working with a jeweller for months designing me a ring but the jewellers appendix ruptured a week before our camping trip and so could not get the “real” ring done in time). He later came back to join me by the fire because he was too cold and we sat back to back for the next 4 hours widdling our gifts for each other. After supper we decided to exchange gifts. I gave him mine, and then he pulls out a tin watch box from Fossil (ends up the day before we left he had bought me a “real” gift), so I first gave him a little trouble (“what have you been doing while I have been widdling for hours!!”) but then he told me to take the watch out and turn the foam holding it in place upside down. And there is was, my wooden engagement ring! I was so happy/stunned/surprised and knowing Eben had to make sure it wasn’t just one of his jokes, so the first thing that came out was “Seriously!!!” Once he assured me yes, I threw everything on the ground and jumped in his arms crying, yes was my answer.

I loved that ring, and we decided that instead of the jeweller’s ring (which still had some adjustments to be made on it) that I would wear this one up until the wedding. It represented us perfectly. (I did break it a few times, from my fingers swelling and water, etc, but nothing crazyglew couldn’t fix!”
The Dress – words by the Bride, Genevieve:
My dress was made by the one and only Jair Stolz (Eben’s big brother!). What had happened was that this summer while going through magazines I found this dress that I wanted made originally by AMSALE, but its going price is $4500! A little out of my budget, so knowing that Jair is a great seamster I asked him to make my dress, but unfortunately him and Mel were leaving for Indonesia for a month (returning only 1 week before our wedding) and he didn’t want to be stressed with making it, so the plan was for him to bring the design and my measurements with him to Indo and have a seamster there make it. However, the day it was planned for pick-up the seamster awkwardly told them it wasn’t ready and to return the next day (we think he completely forgot to do and so made one in 24hrs), when they went back they took pictures and tried to stay positive in their email to me, but it was not what I had wanted and I tried to break that to them gently…thankfully they agreed. So once they got home, with only 1 week to go before the big day Jair, Mel, Mel’s mom, and I met up at Fabricland to make the choices. We did some more measurements and the next week Jair spent slaving away to make my dream dress…and he did, even though the final fittings were done the day of the wedding in the church’s washroom! It turned out perfect. So in everyone one of those pictures it is his dress that I am wearing.“ 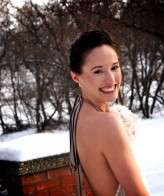 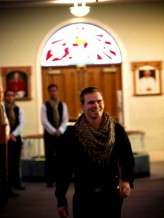 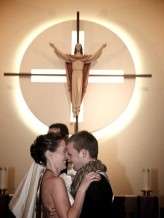 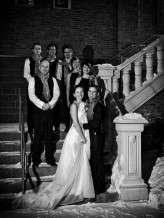 Credit: Evan Will of SharkoStudios (I can’t find a website…please let me know if you know it and I will credit properly)