I am a little bit too in love with this Bride’s vintagey, short, long sleeved, petticoated, wrap dress! 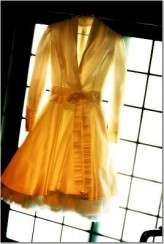 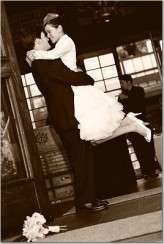 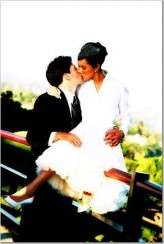 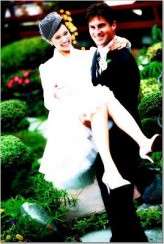 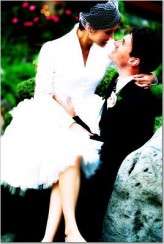 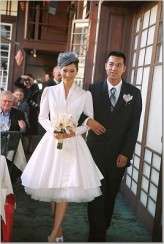 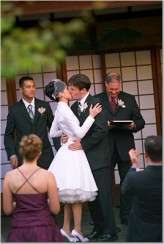 After four years of dating, Andi & Brian were engaged while on a trip to Australia. Brian proposed while they were visiting Luna Park in Sydney, which is affectionately referred to as the 'Coney Island of Australia'. So when it came to planning their wedding this was their starting point. "We really wanted to have a wedding that was very fun and non-traditional, so we kept with a vintage Coney Island/sideshow theme", explained the bride. "It was perfect for us. Having the right décor was key in making the vintage-y, Coney Island feel that we were hoping to accomplish. We were so lucky to work with great vendors who were excited to help, especially Obnoxious Antiques who we rented the vintage carnival and sideshow pieces from. They also provided the sideshow banners that were hanged throughout the venue. A friend even painted a custom sideshow banner of Brian, me and our dogs!"