ps I’ve seen some more awesome weddings on Cameron Ingalls’ site so I will share them all later! 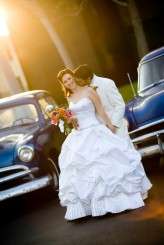 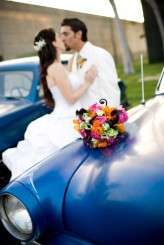 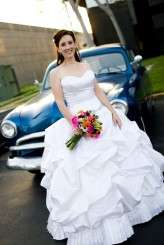 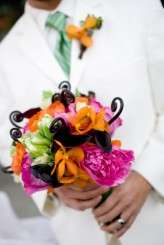 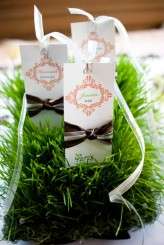 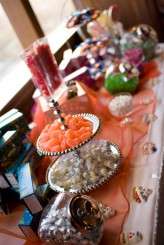 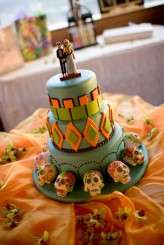 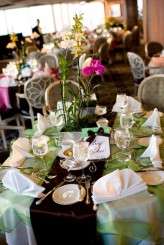 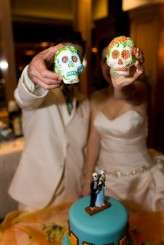 Rosie and Colin live in London but wanted to get married in Scotland, where Colin is from. They took inspiration from lots of places for the theme, but the three key elements were skulls, Scotland and vintage 1920s touches.

I love a daring bridal look and so when I saw Karyn & Fernando's wedding I was immediately drawn to one thing - Karyn's amazing headpiece. Go big or go home I say! Being a milliner, the bride designed and made it herself. She also designed her own wedding dress alongside Toronto-based dress designer Thein Le. This was all very significant as it was actually Karyn's hat business that first brought the couple together.

We still haven't quite worked out our wedding theme!" bride Amy told me when I asked about the inspiration for their Australian wedding. "It was like a brass, pineapple, tropical deer hunter theme - haha!"

Milly and Willo wanted a big party for their wedding, full of colour, fun and surrounded by everyone they love. They both love classic cars so the hot rod theme kind of happened accidentally!

You may have seen a few a snippets of this wedding gorgeousness on a number of other blogs, however I've gotta go that one step further and get you the full scoop on the wedding behind these glorious images. Katie & Nathan's wedding took place in the Groom's parent's back garden. They decided on a simple yet stunning green and white theme which was perfectly reflected in their surroundings. Katie's dress was a vintage find and Nathan wore a suit from Zara. Unconventionally the couple had their reception they day before their ceremony. They decided they would rather have a full day to perfectly engross themselves in their temple wedding without feeling at all distracted by the craziness of a reception to follow. Nathan said: It worked out perfect for us. Party hard the night before, and enjoy the simplicity of the temple ceremony with family and close friends the day after. Highly recommend it. A huge thank you to Nathan & Katie for allowing me to share their wedding. Images from this set can also be found on some of my other favourite blogs including {frolic} and {Casando Idieas} Credit: Julie Wallace