I am most definitely having an Our Labor of Love binge right now – but with weddings like this on their site, can you flippin’ blame me…and come on, I couldn’t find this spectacularly tattooed Bride and not post it now could I? 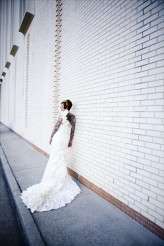