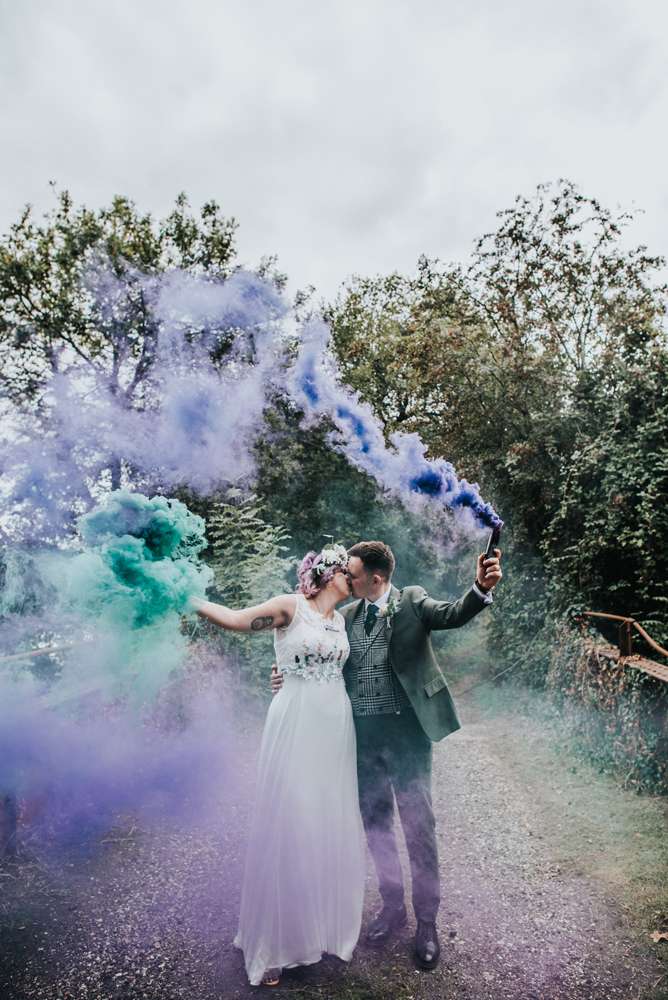 Catherine and jack were inspired by their own home, and their love of colour, for their wedding day. “Our home is crammed with all sorts of weird and wonderful artefacts from a huge disco ball (no home is the same without one right?) to life size monkey lights”, Catherine began. “We literately packed boxes and boxes of things normally displayed in our house to use at the wedding.” 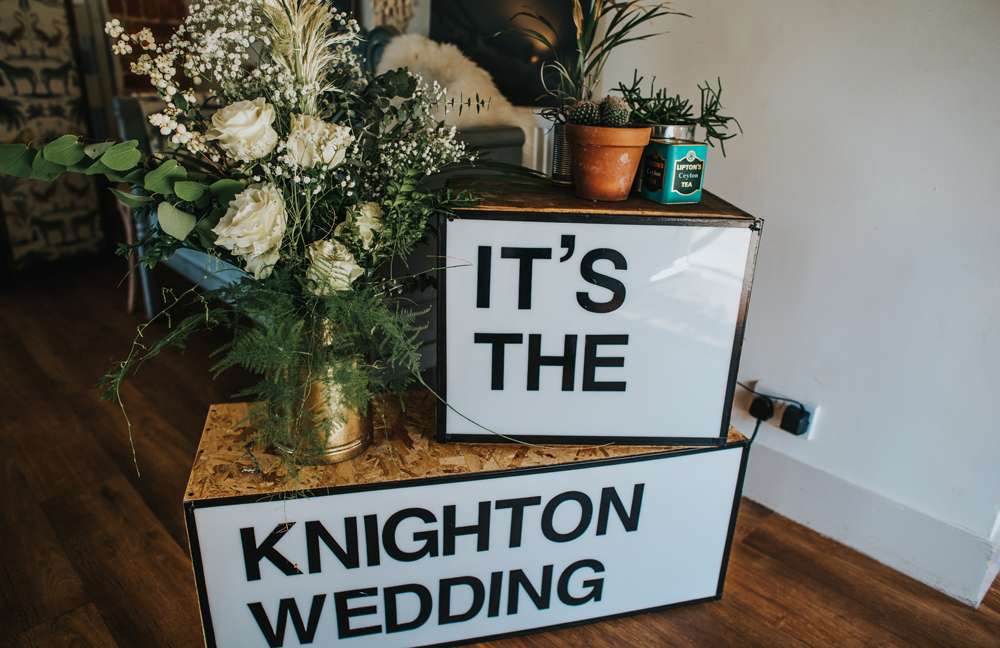 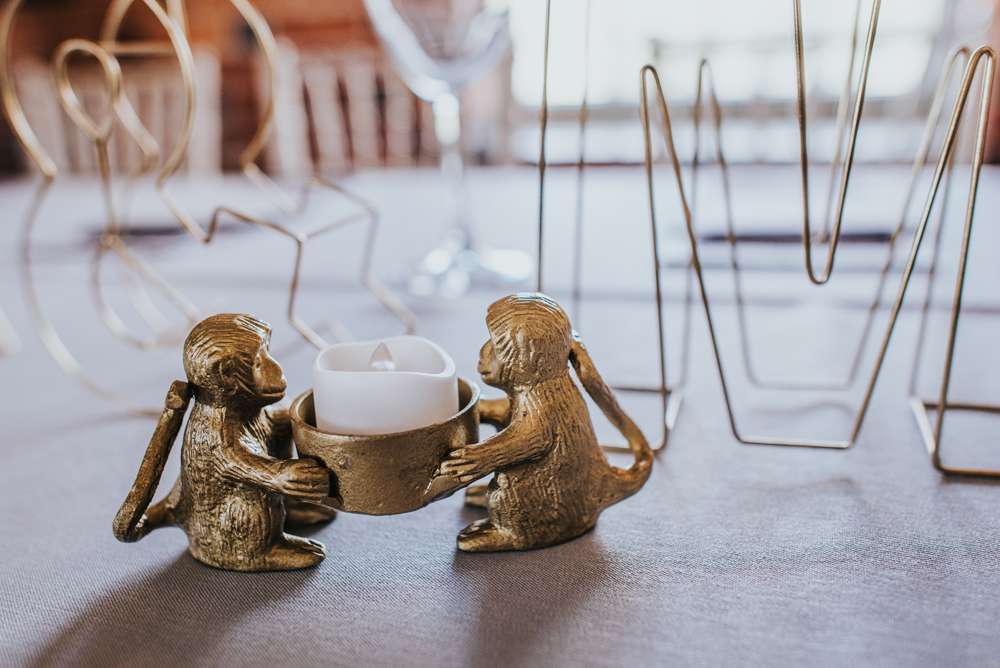 “We also went to a HUGE French flea market about six months before the wedding and bought things we liked that we knew would go in the house but also the wedding. I got an old battered toy horse with no mane because I liked him and when I pulled the trolls hair out to put succulents on them, the hair unravelled into a perfect Mohawk fit for a Rock n Roll toy horse! The safari print screen was an old screen we got from the market, it was in a bit of a state so we sanded it down and treated the wood before I found that wonderful fabric and reupholstered all the panels. The little projects were just endless but it’s what I love to do!” 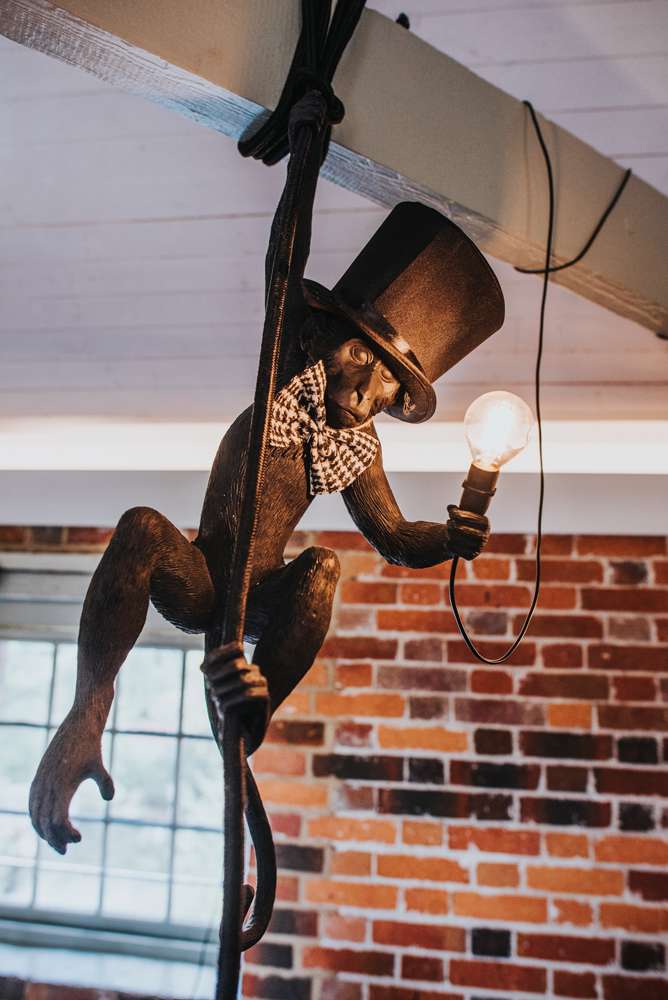 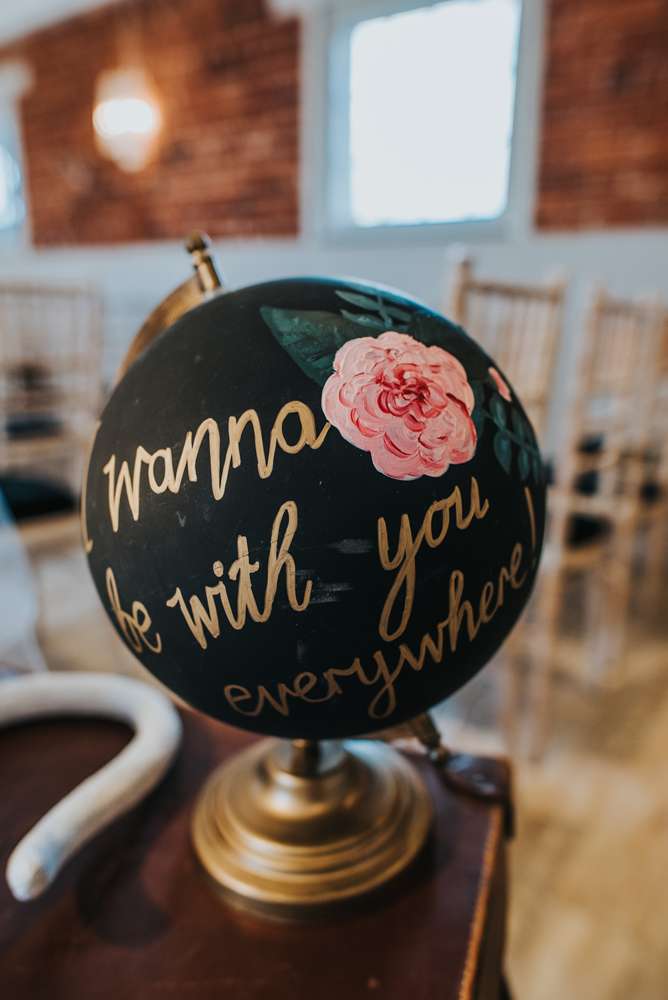 Both the bride and groom also made a real effort with their outfits. They both had something personalised and made especially for them. Jack wore a suit from Moss Bros but he paired with with a custom made waistcoat from Jack Bunneys, after he saw them featured in Rock n Roll Bride magazine! Catherine worked with the team at Calm Amongst the Chaos on her one-of-a-kind dress and embroidered veil. She wanted something colourful and with lots of personal elements. “I worked with Frances and the team to design my dress from scratch and they were wonderful!” she explained. “I walked into their shop by accident because I was drawn in by the copper pipes and succulents in the window, I felt that they would understand my personality. I bombarded Frances with pictures of shapes, materials, colours embroidery (lots of cats and plants) and sparkles and she managed to create something fabulous!” 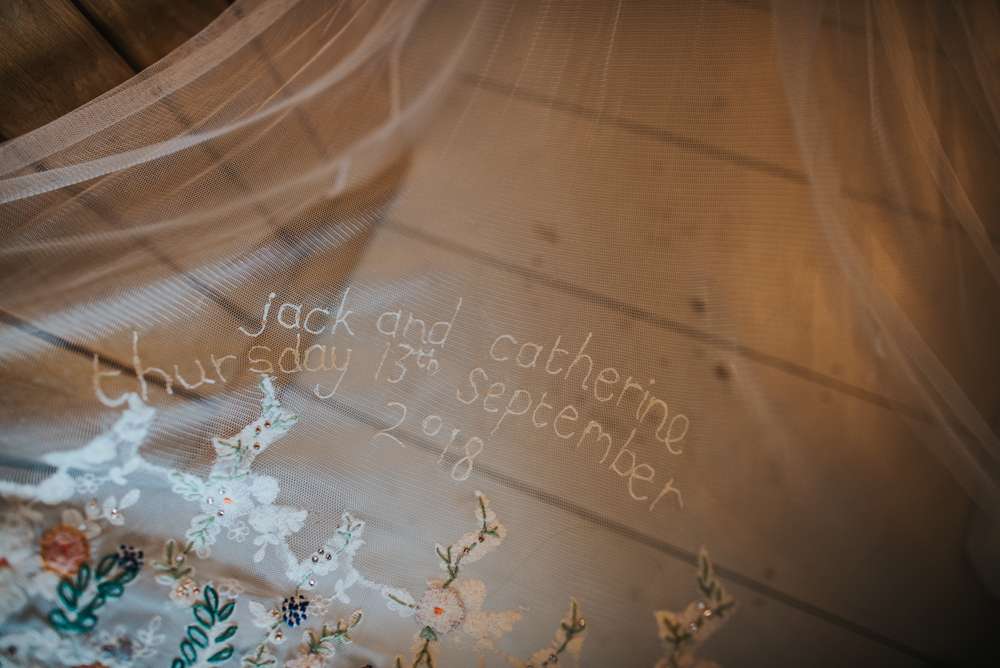 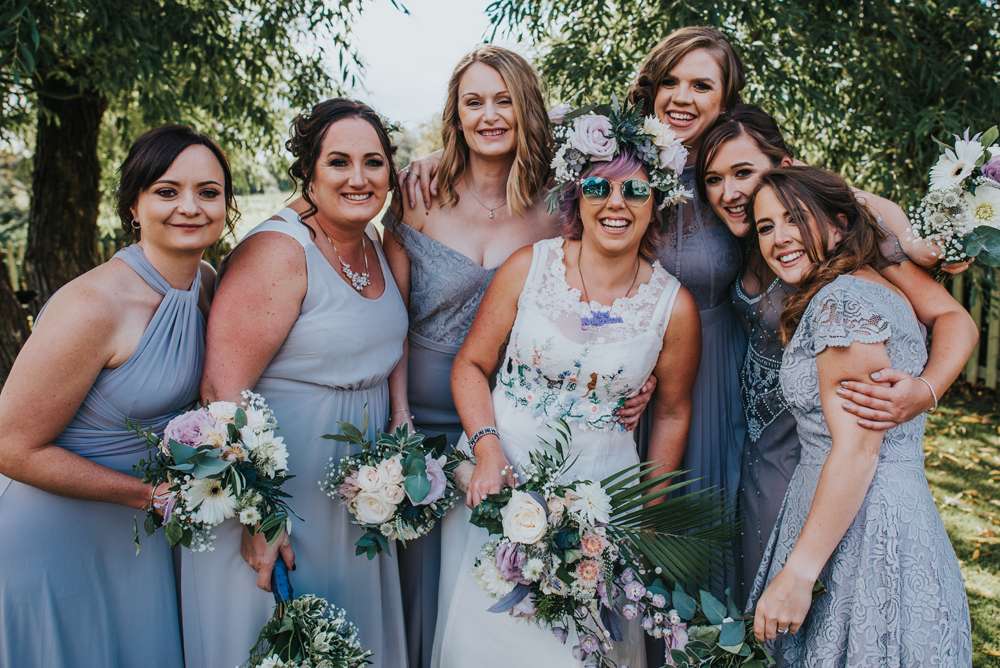 “Although my dress was not as affordable as a high street buy (which was what I had originally intended to go for), it was so special that it was a one-off designed for me and with my input. I loved wearing it – maybe a bit too much as it is now in an unwearable state with stains and tears, but it doesn’t matter as it is proof of what a magnificent day we had!” Her bridesmaids were in a mix ‘n match collection of grey dresses bought from Little Mistress, Debenhams, Boohoo, John Lewis and Dorothy Perkins. 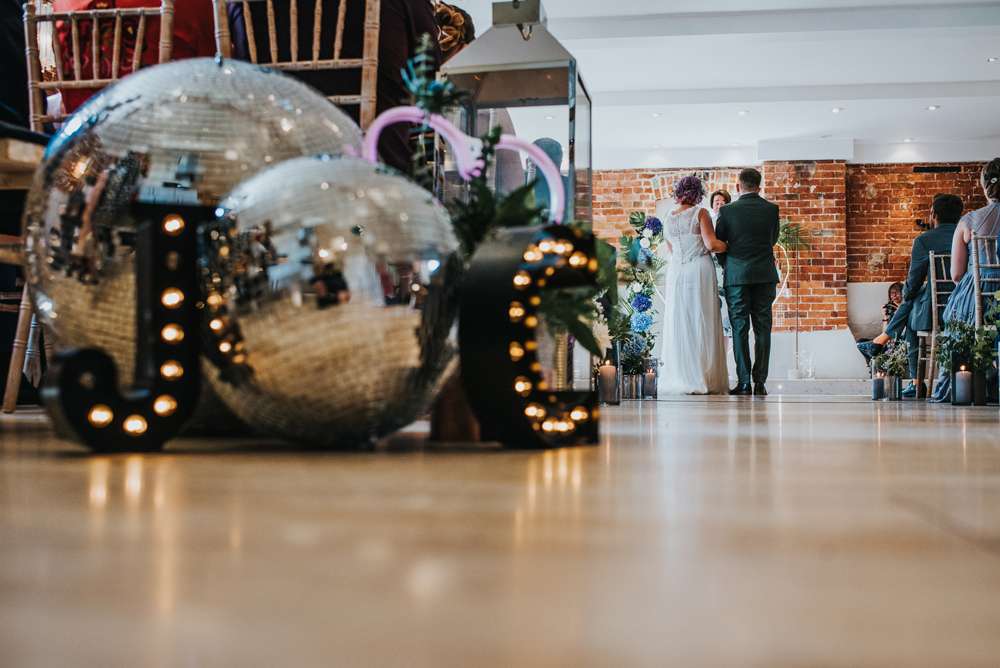 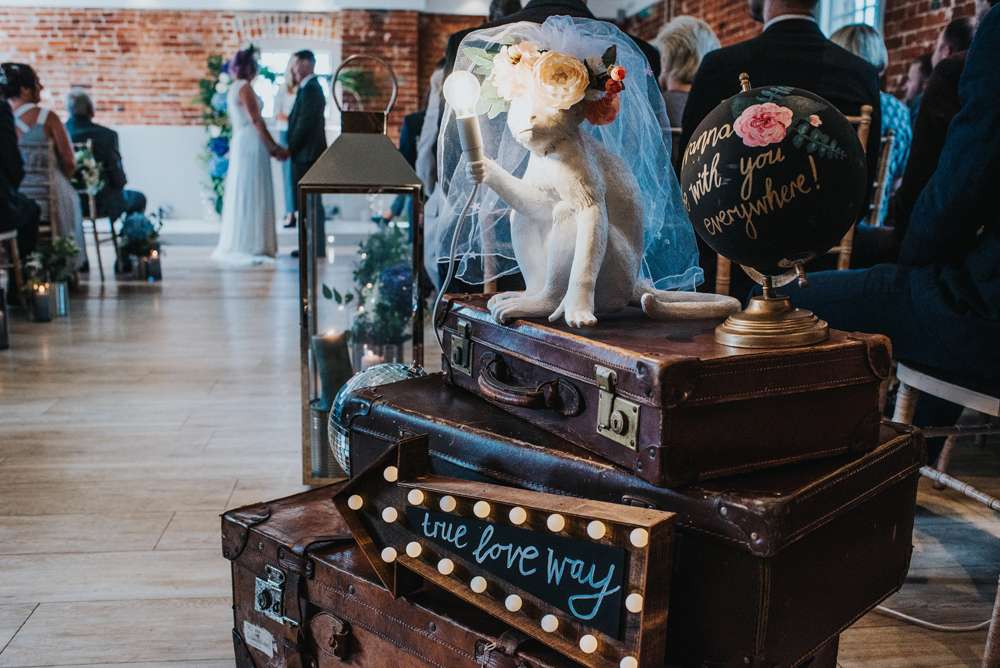 To save money, but also keep things as creative as possible, Catherine decided to do all the flowers herself (including making her own flower crown the morning of the wedding). “My mum came with me to New Covent Garden Flower Market at 4am two days before the wedding and I spent under £500 on a huge selection of flowers and foliage. I’d done a lot of planning in advance and even a practice run so I knew roughly what I wanted to buy. We then were kindly allowed to cut as much foliage as we wanted from a local country hotel garden. I also grew some flowers in our garden, although because of the really hot summer, a lot of them had already finished, but I managed to include some in the display.” 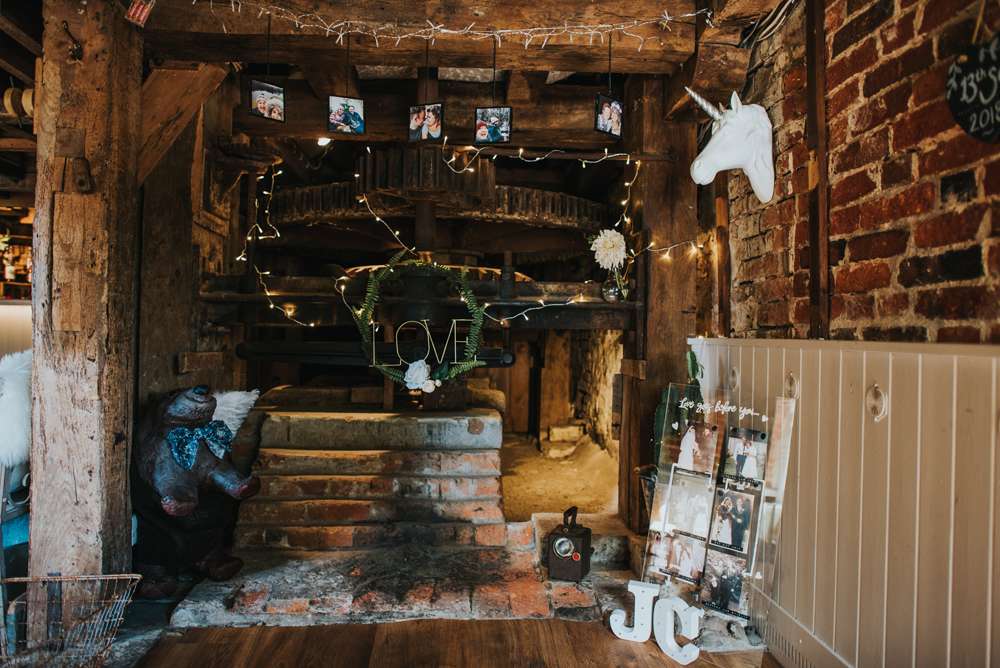 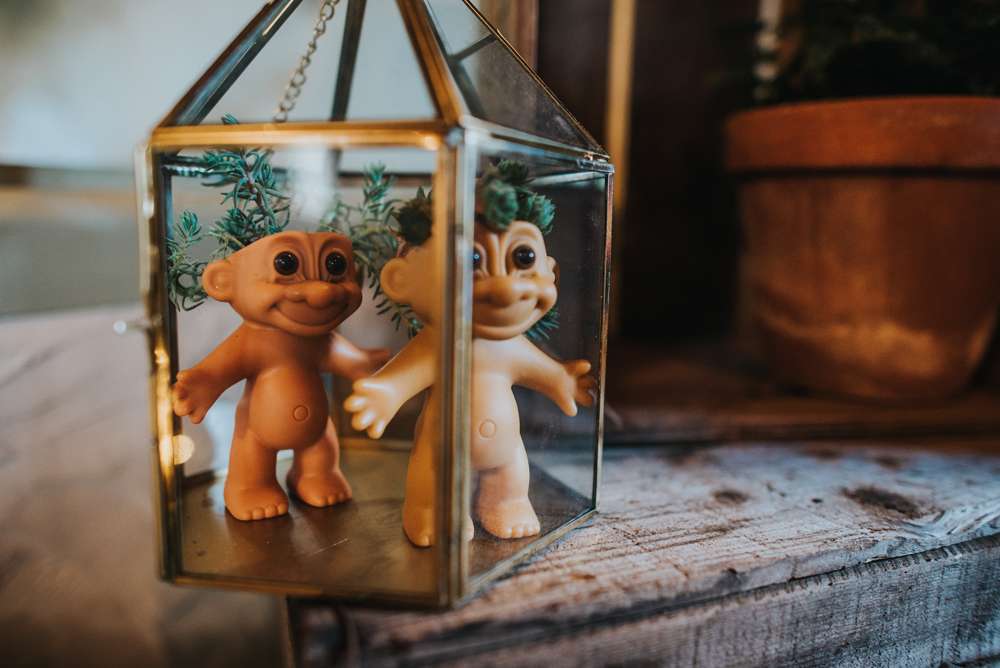 Apart from the ceremony, which Catherine described as “lovely and relaxed” a big highlight of the day was her sister’s best woman speech which was inspired by Summertime by Will Smith! “I heard through the grapevine that she had something out of the ordinary planned”, she said. “It turned out she had written a whole rap in the tune to Summertime by Will Smith called Wedding Time. All guests got involved with the chorus and it was just the most hilarious thing! She was worried she didn’t manage to do it properly as she hadn’t encountered for the amount of crowd interaction before, so she has send us a recorded version so we can listen back!” 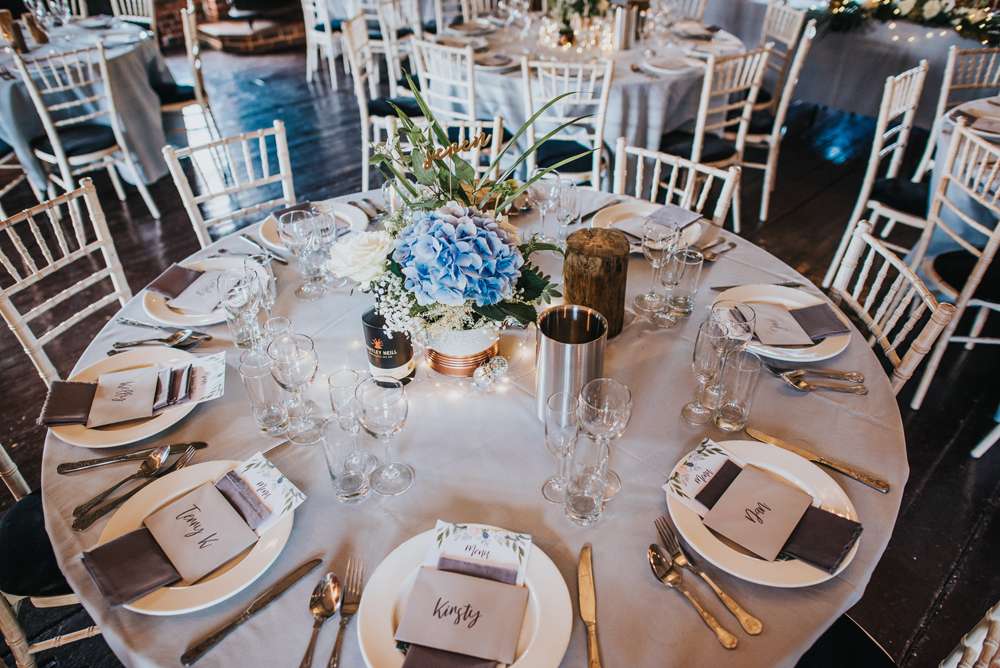 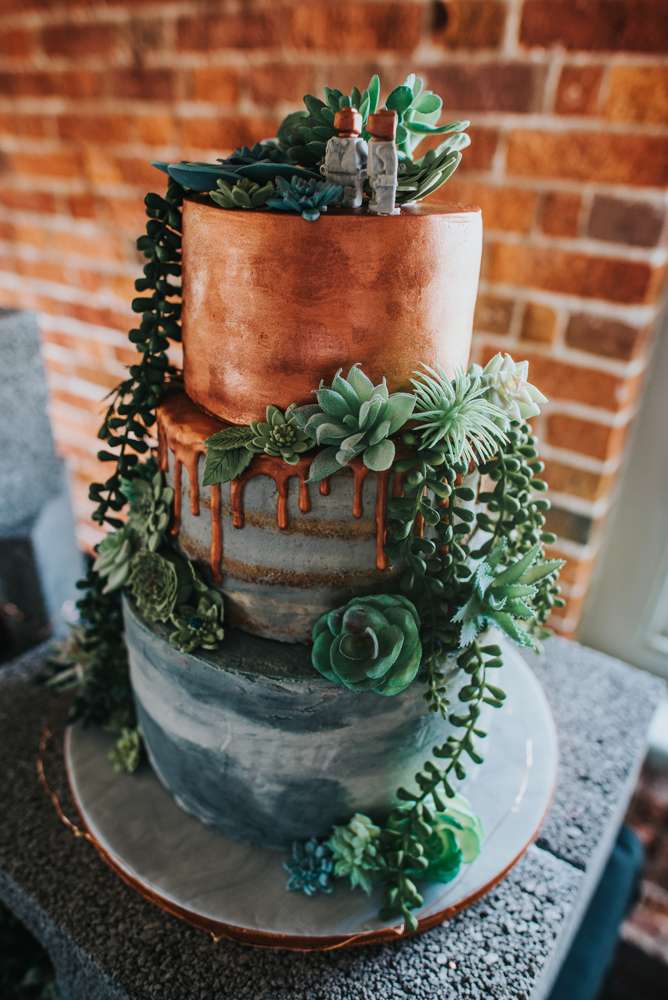 “We absolutely loved planning the wedding!” she concluded. “The worst thing is not being able to do it anymore. But luckily one of my bridesmaids has just got engaged so I’ve offered my services to help!” 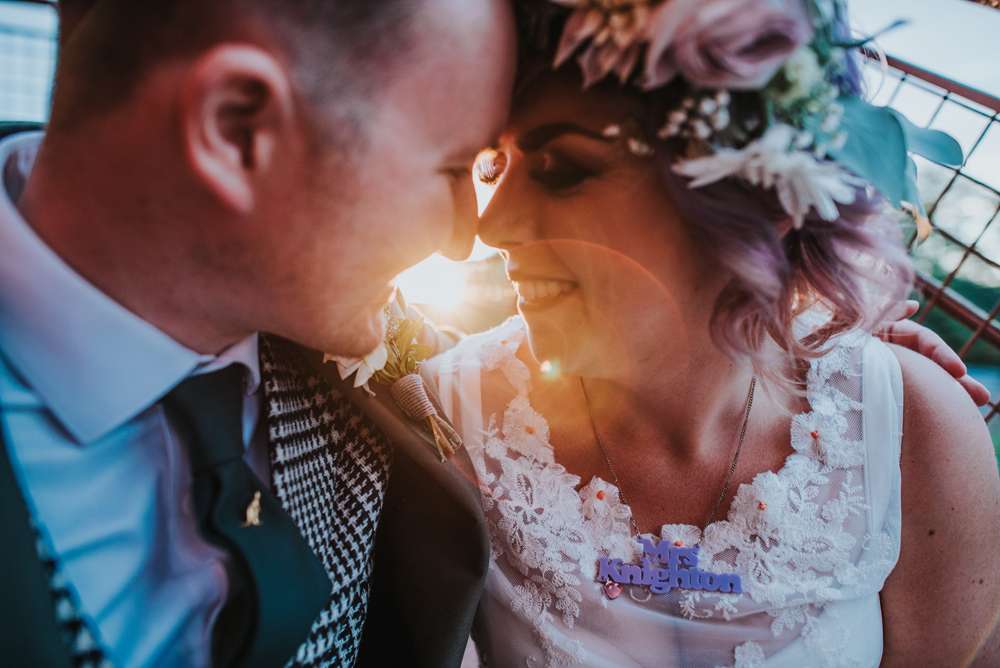 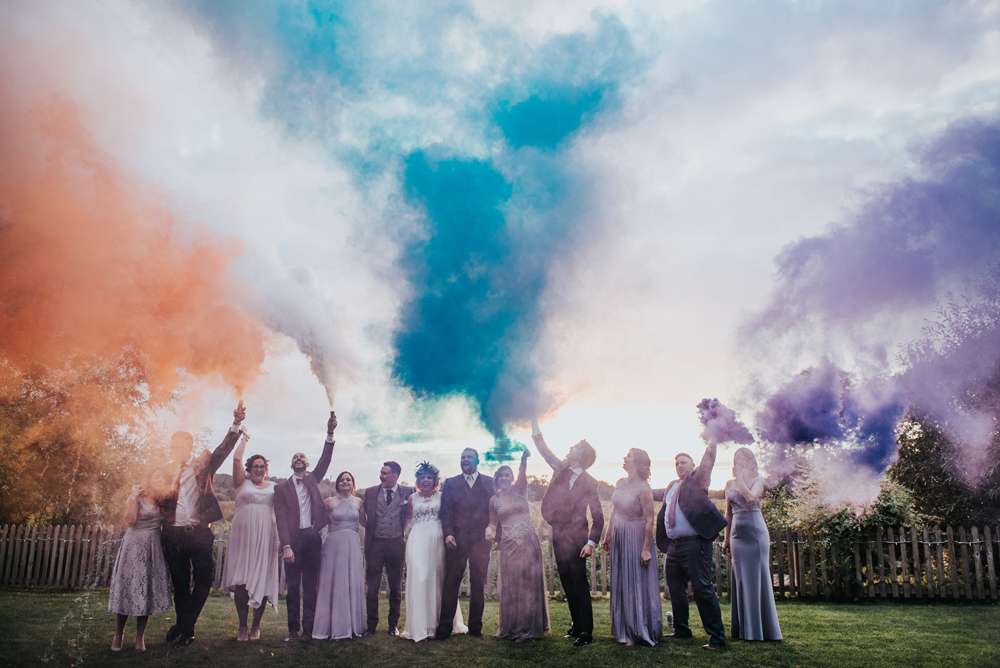 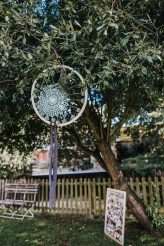 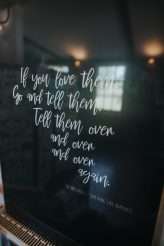 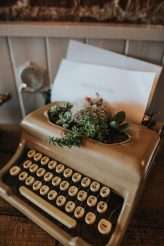 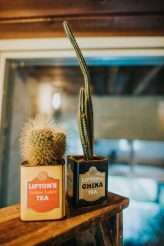 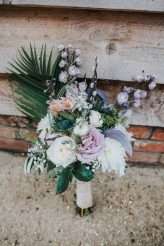 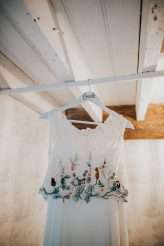 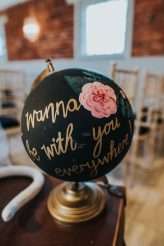 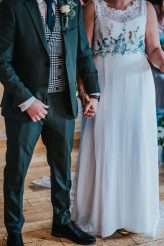 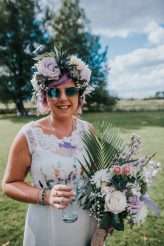 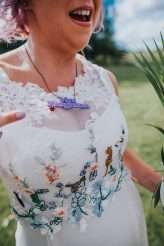 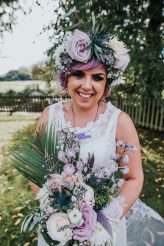 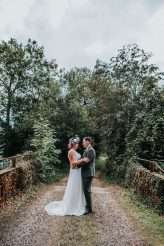 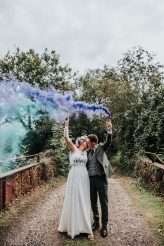 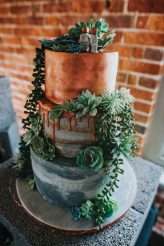 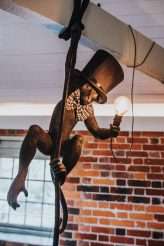