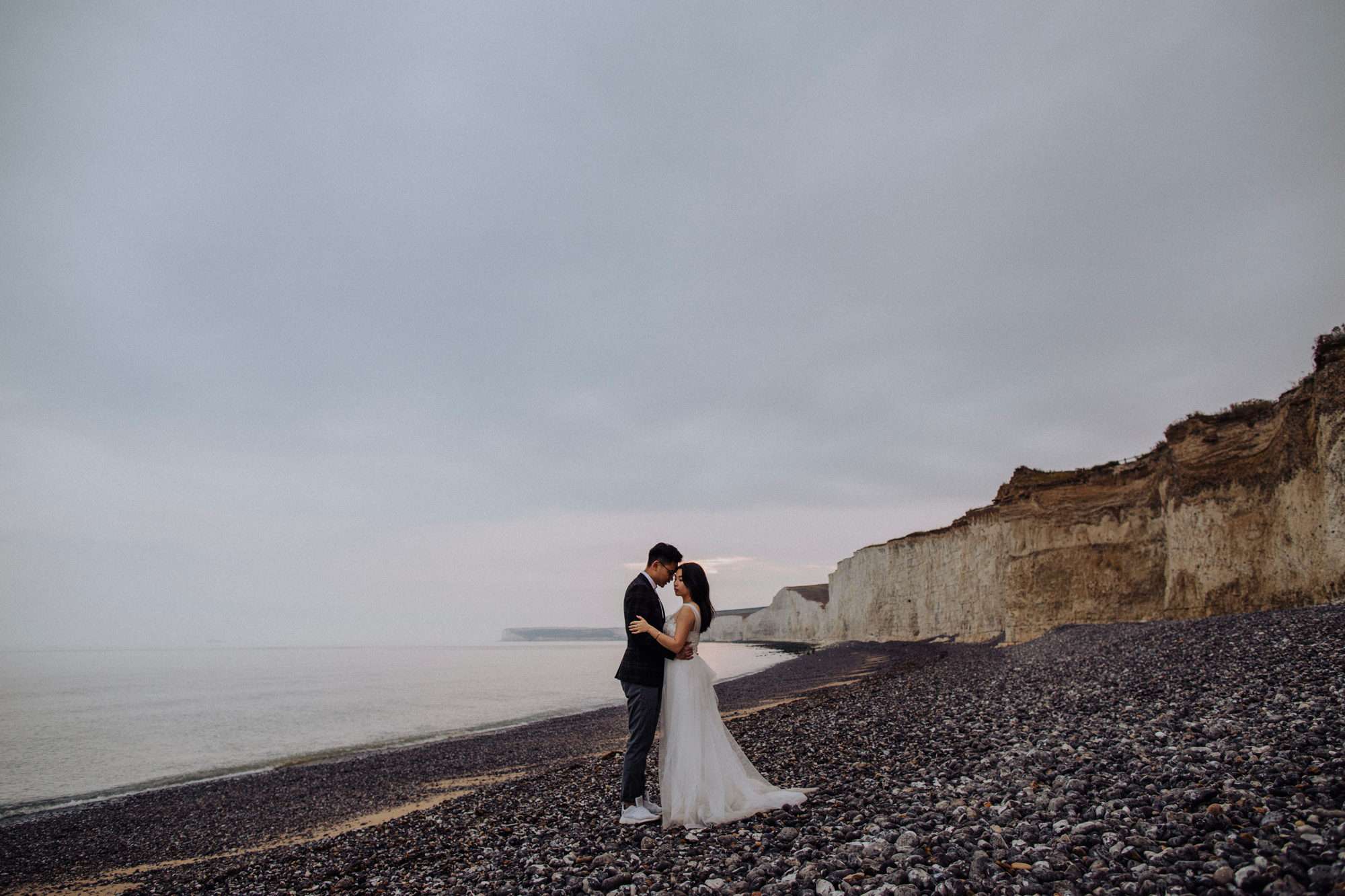 Ahead of their big wedding day in China featuring a traditional tea ceremony, Anna and Alex decided to have some engagement pictures taken in Brighton with Manon Pauffin. The suuuuuuper cute results are below! 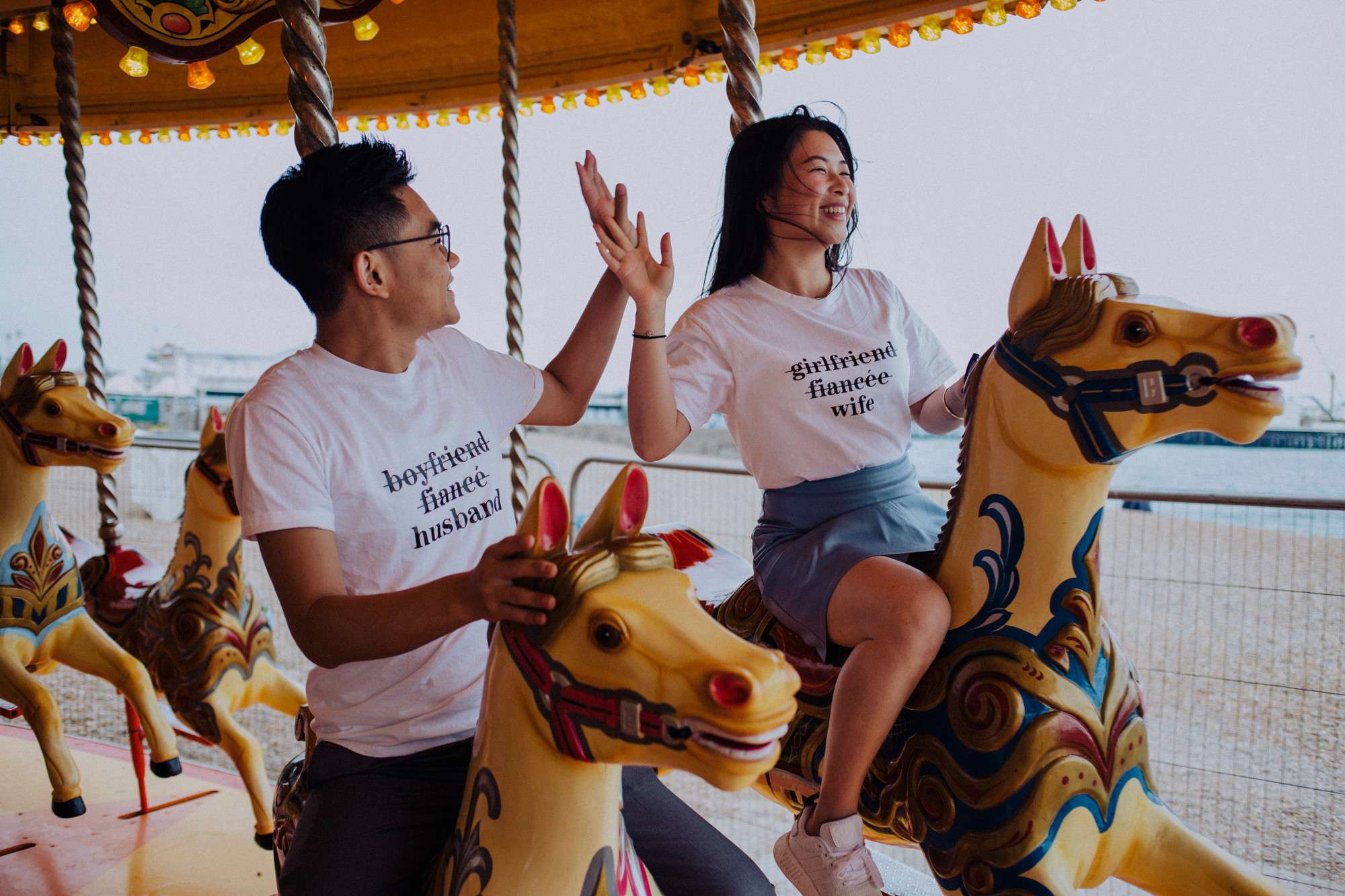 “In China, it is popular to do a pre-wedding shoot to show your photos at the wedding because on the big day it’s often too busy to have photos of just the two of us,” Anna explains. “For us, this shoot was like a wedding present to ourselves to capture the sweet moment of our love story forever, and it gave us a chance to enjoy some time together and just be who we are.” 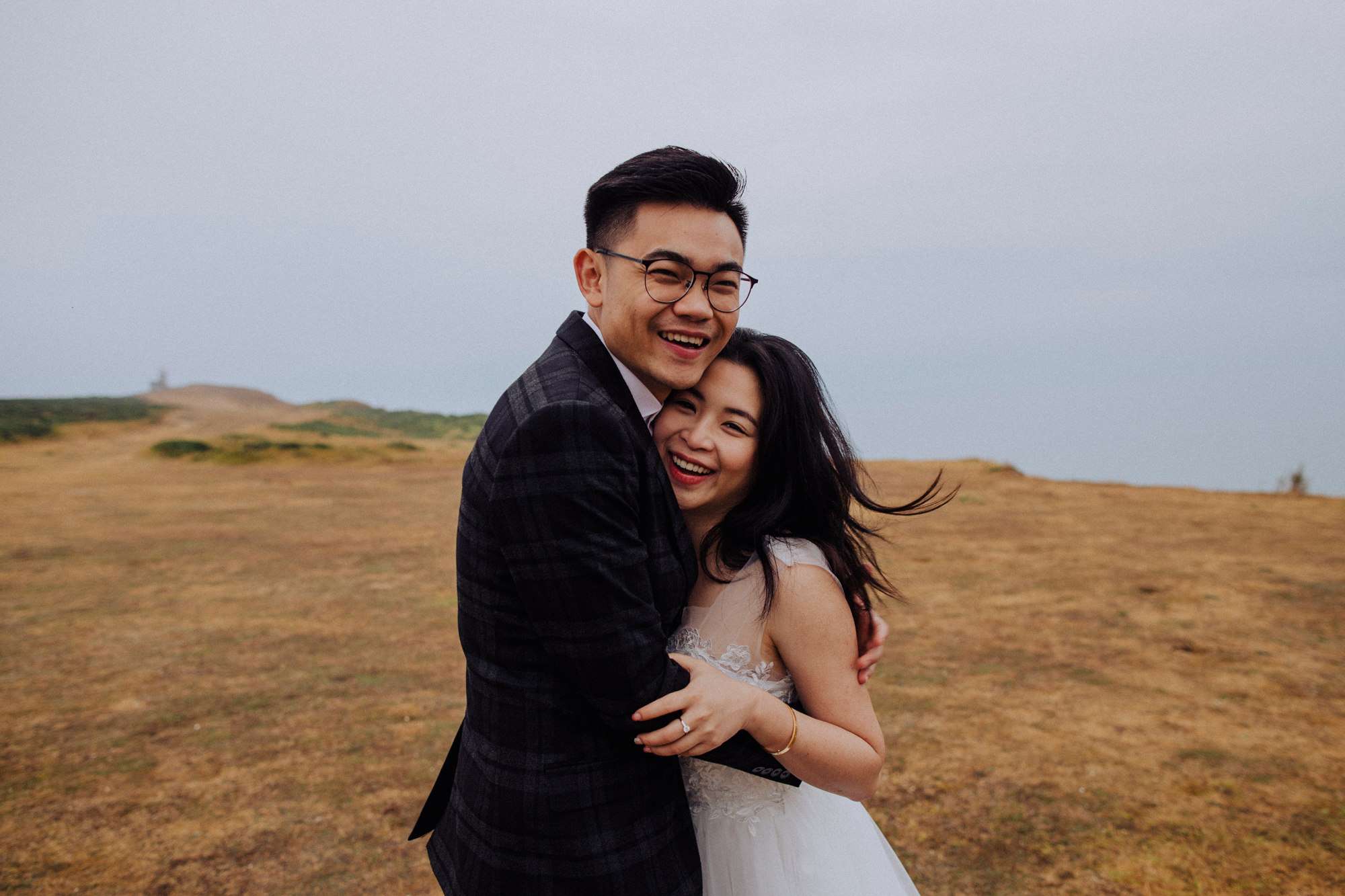 Anna and Alex’s first stop was the centre of Brighton, where they took photos in sunny open windows and down the Lanes. Afterwards they ventured to the beachfront, getting super British-beach-in-the-summer snaps on the carousel and by the water in adorable matching husband and wife slogan t-shirts from Etsy (they had their registry office wedding in Hong Kong in September). “We chose Brighton because we love this multicultural city and how it accepts differences which is what marriage is like –  to accept and embrace the differences of your loved one,” Anna says. 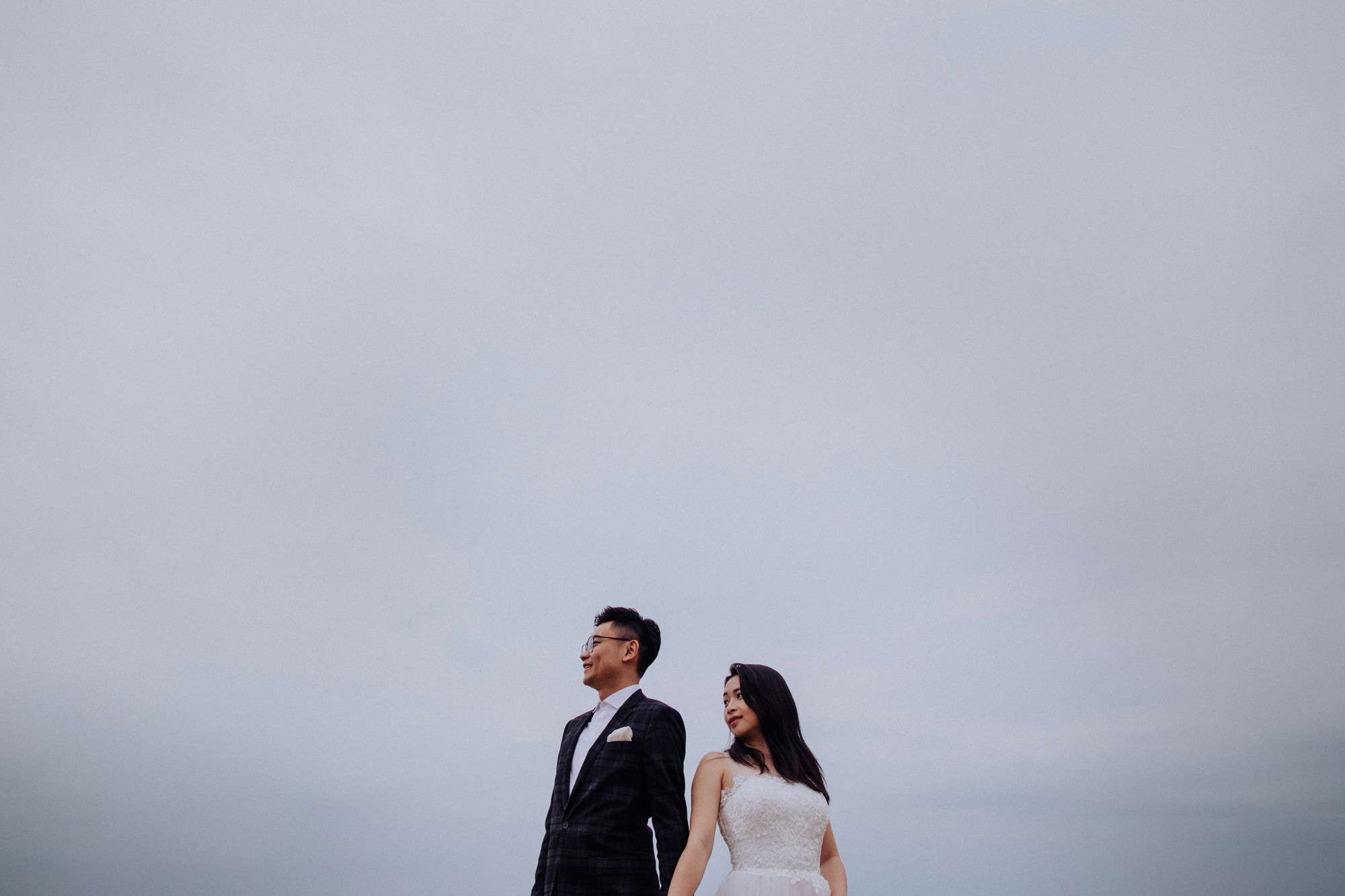 After that, they jumped in the car to drive to the heavenly Seven Sisters Cliffs for some more photos. Anna changed into her Lace Bridal dress in the public loos and touched up her lippy out of the car boot before throwing on a denim jacket and exploring the cliffs. I love Manon’s dreamy perspective and the blurry shots she’s used, making Anna and Alex look like the romantic protagonists of a Wes Anderson film. All the heart eyes! 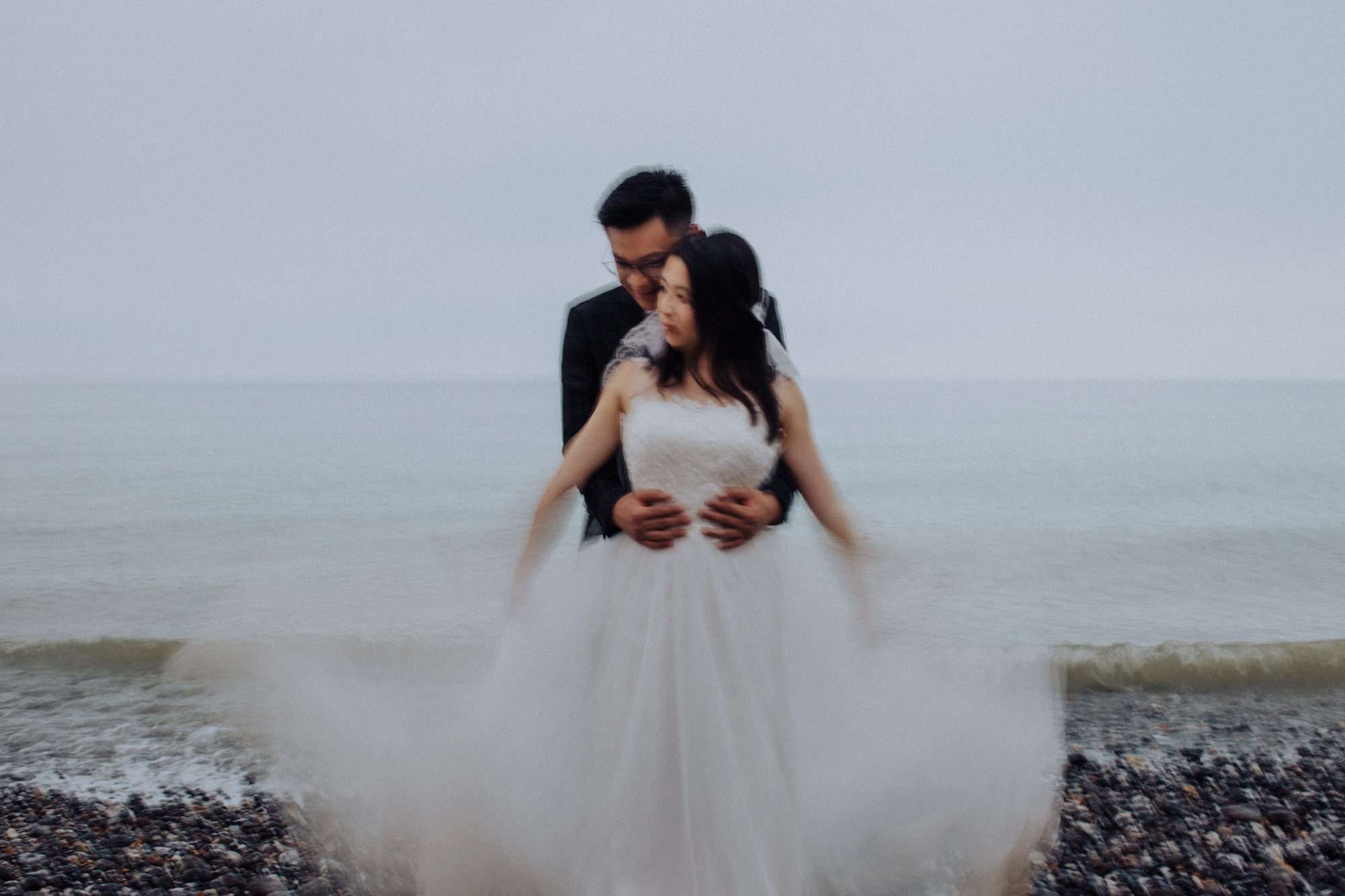 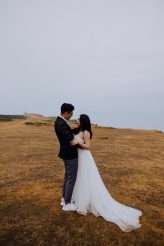 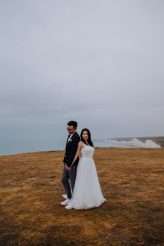