Can a woman who’s fought for equality still be comfortable as a bride? In an industry that’s dominated by sexism (I mean an engagement ring is a symbol of ownership and it’s only the woman who’s expected to change her name… and don’t even get me started on the fact that the whole wedding thing is automatically assumed to be the woman’s domain). Well, weddings and marriage don’t always look that great. But if it’s the commitment you and your partner want, there’s no reason why you have to leave your feminist beliefs behind when you say “I do”. Becky Hoh-Hale, founder of the Most Curious Wedding Fair, is here today to talk you through the options.

As the founder of a wedding show, it can be hard to reconcile my career of choice with my feminist beliefs. I can sometimes feel myself explaining what I do with an element of guilt, almost apologising for my role in sending more sisters off to the patriarchal shackles. But The Most Curious Wedding Fair takes the idea of a wedding day and offers it up to couples to own it, and this allows me to rest easy in our quest for equality. So, I thought it would be interesting to look at how women in 2018 can and are reconciling their empowered selves with those wedding rituals less palatable to the bad ass bride.

As you are here already on Rock n Rock Bride, it’s likely that sticking to tradition is not top of your list of priorities, but similarly you’re reading this because marriage is important to you and you want it for you and your partner. Hell, you may not even want to lose all the romantic symbolism set up by some of the time-honoured wedding traditions. So let’s go there, what do these traditions mean? What are their origins? How can you change them up, slip in important feminist acts and reclaim your wedding? 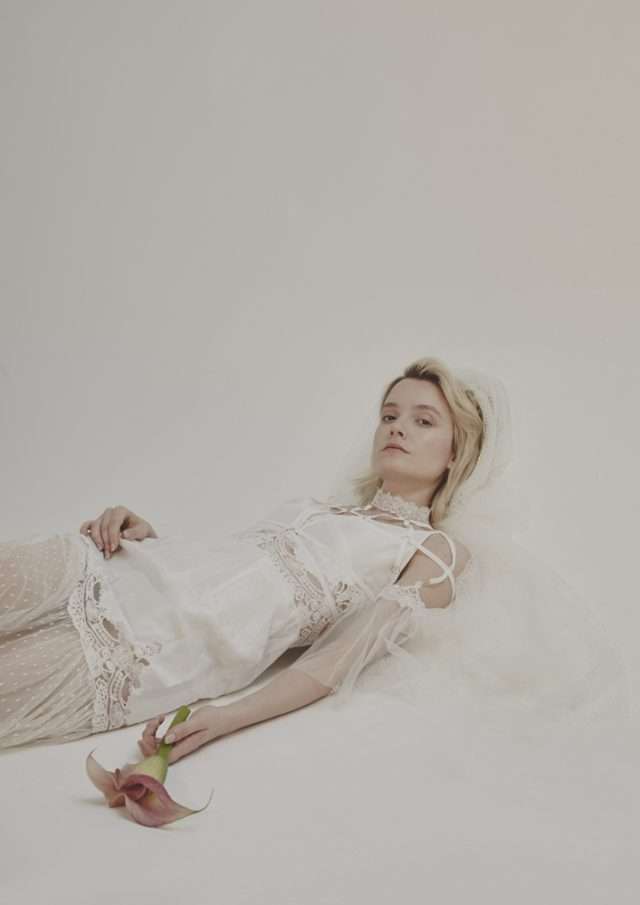 First up, let’s talk about the dress. I think we all know what the virginal white angelic gown associated with brides is meant to symbolise (although this assumption is actually completely inaccurate as it was originally blue that was seen as the virginal colour because of the Virgin Mary. The white wedding dress only became popular after Queen Victoria opted to wear it when she married Prince Albert!)

Whether a white wedding dress is a symbol of whether or not you’ve had sex yet or not (and honestly, even your Gran is probably pretty much up to speed on where you guys are at with that, having lived together for three years already) if you think about it, it’s always going to be an act of rebellion to wear something other than traditional white or ivory.

Now we don’t want to ruin everything… but apparently even the damn cake cutting is about your hoo-hah. There’s different stories about the tradition, at best the couple could cut it together but she had to feed the groom a piece to signify her servitude to him and at worst the bride would do it alone to symbolise the loss of her virginity (eye roll). Do with that what you will. So if you’re worried about the symbolism, definitely cut it together and feed it to each other! 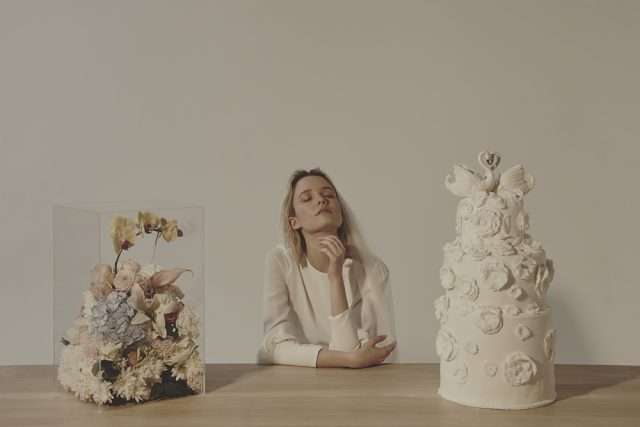 OK so the next one is a little contentious. Who gives you away? Our point here is not to take away the magic, the poignancy and life affirming moments of your wedding day. We are not saying there is not a place for these traditions. The role of the person who gives you away can be incredibly special, a chance to declare and pay homage to that someone who has had loved you and taught you about love. It’s a place usually taken by your dad.

There are people who feel a great loss if their dad is not there to do it, who would give anything for that moment, and for most dads it is a role that means the world to them. But on the other hand the tradition stems from the fact that the daughter was seen as her father’s property, and the ‘giving away’ of the bride was a business transaction completed after the groom’s family had received money for her! It’s not great is it?

But the key, again, is your own mindset. I personally loved having that time with my dad and in no way felt I was owned by him and now owned by my husband. It was just a sweet symbolic gesture of thanks to him and his acceptance of my partner into our family. It was my moment and the moment when our two families joined. And we wholeheartedly say you can have whoever you feel is right for you walking down the aisle with you – your mum, your mum and your dad, your brother… Walk it on your own or walk it as a couple. Do what feels right to you. 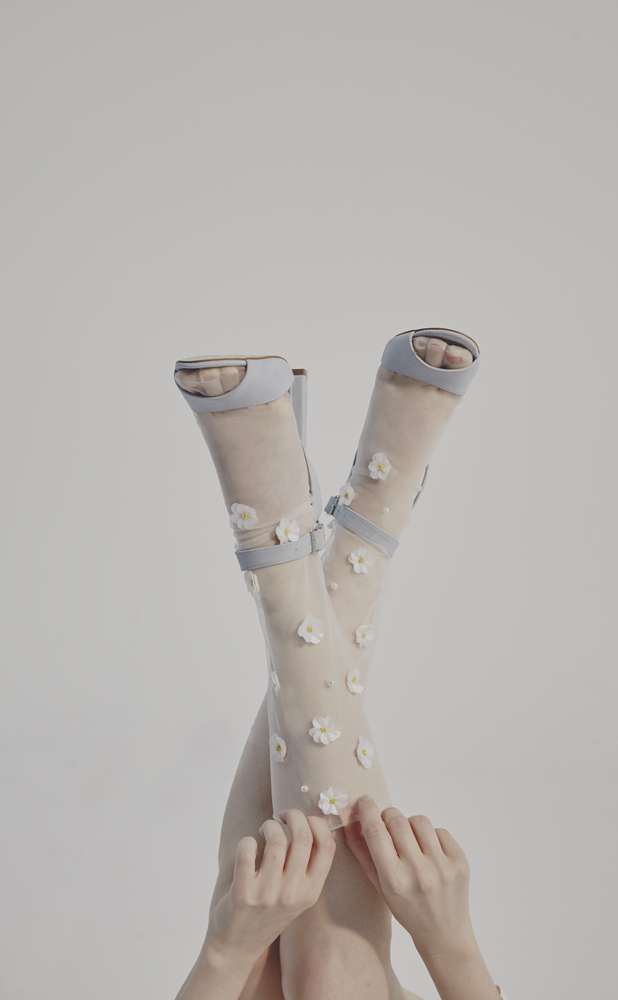 The other biggie, is the speeches. OK, where do we even begin? When it comes to WHY this tradition of only the men speaking exists, I’m afraid it’s seems it is not so mysterious – men were just seen as better at it than women and women were meant to just sit and look pretty, to be seen and not heard. In fact from a poll we did on our Instagram recently this was the most irksome topic of all!

Sure, it works for some people (like myself!) who to not want to have the pressure and anxiety of the task, but if you do want to stand up and be heard then jolly well do it! Or if you want your mum, your sister or your best friend to say a few words, then do that too. In 2018 there doesn’t seem a single reason for this not to happen – even Meghan Markle is reportedly doing a speech at her wedding and a royal wedding is arguably going to be one of most overly traditional of them all!

This is can be a really fun and hilarious (especially after a few too many drinks) part of a wedding day, but the sexiest undertones are pretty disturbing. “Come on single ladies, it’s time to scrabble desperately for a bunch of wilted flowers because the victor will be the lucky babe who snags a man next!”

Whether you choose to do this or not, a much less gross way to do it would be to include EVERYONE in the scrum – boys, girls, singles, married peeps… share the embarrassment with every single person in that goddamn room! 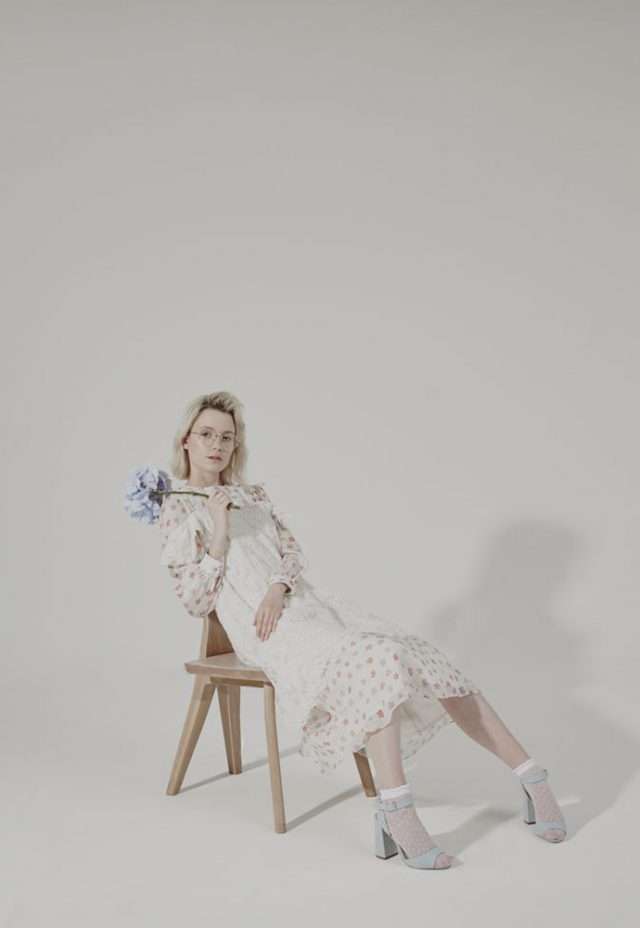 Wedding traditions in themselves, came from the hetero-normative institute of marriage. So for same-sex couples it is even more likely that they’ll want to throw out the rule book and have a wedding that feels reflective of them and their relationship. Lia, a bride-to-be who recently commented on something else I wrote about feminism in weddings said, “As one of two brides, it feels like a political act choosing to get married and owning a structure which is so deeply patriarchal, particularly during moments of homophobia from family members since we’ve announced our wedding. Our bridal parties include best women, best men and best lesbians. If anyone walks us down the aisle it will be our mums. The majority of speeches will be from women in our lives, and from us! We’re keeping our own names and neither of us will be throwing a bouquet. Marriage is still a privilege that many LGBT people can’t consider, and it’s definitely not for everyone… Choosing the day and making it your own is the most important thing.”

And there we go. I say, take away all the limitations and do your wedding your way! This in itself is a pertinent and important act of feminism. It is not about squashing men out of the equation, I’m not saying we should delete these traditions from history, but make them mean something to you. Together you should own them, reclaim them and forge new paths. You’ve already chosen love and it’s OK to choose equality too.

Becky Hoh-Hale is the founder of Most Curious, the wedding show for style-savvy couples. It’s taking place on 2-4th MARCH 2018 at The Old Truman Brewery (London) and on the 25th MARCH 2018 at The Fire Pit Camp (Norfolk). Advance tickets are available now from £9 for London and £3 for Norfolk. Use the code ROCKCURIOUS at the checkout for 10% off!

We’re also giving away a pair of VIP tickets to the show of your choice over on Instagram this week so be sure to go check that out too!

How To Plan A Wedding: Catering, Cakes and Cocktails

Whatever kind of wedding you choose to have, the food and drink are in prime position to make or break the day. Not only will they help to set the tone, they'll bring people together and fuel those bodies for dancing into the wee hours! The food and drink can take up a huge chunk of the budget so it's important to make wise choices.

Surviving Your Wedding When You Don’t Feel Beautiful

I'm not going to lie to you, I've cried too many tears over my weight. I had an eating disorder for ten years and although I was technically recovered by the time I came to walk down the aisle, it was still at the forefront of my mind when planning the wedding.

Can We Please Stop Booking Cheap Photographers and Moaning About Them ‘Ruining’ Our Weddings?