Oh man, do we have the most perfect autumnal wedding to share with you today. Kirsty and Matt were married on October 28th, 2016 (happy anniversary for tomorrow guys!) at St John’s Church which is located on Thorsby Estate in Sherwood Forest.

Would you get a good eyeful of Kristy’s dress? Yes, that is a trail of faux foliage down the back of her skirt! She had it made for her by Eternally Yours and her brief was to look like a woodland fairy for the day. 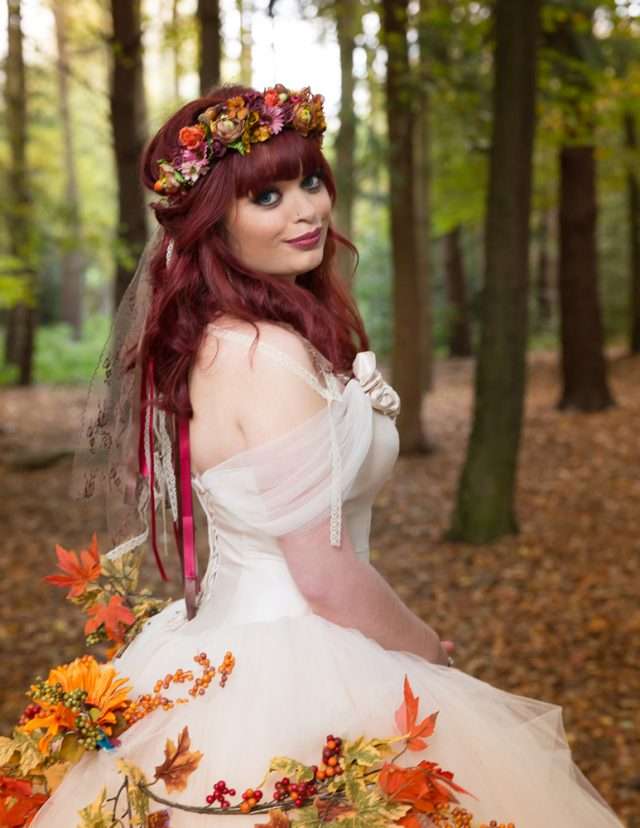 “Autumn is our favourite time of year”, began the bride, “we love the colour changing leaves, campfires, apple cider and pumpkins (not forgetting Halloween!). Being surrounded by woodland and nature is where we feel most happiest and comfortable.”

“As people who are uncomfortable being the centre of attention and are both naturally shy, it was paramount that the people who surrounded us were the people who we felt most relaxed around. The ceremony was only attended by close family and friends. A magical moment occurred when we entered the church, one that can’t be explained. An inner peace enclosed us and a confidence materialised that we had never had before. Our vows were made with a clear voice and our heads were held high throughout.  Our rings we wear with pride are from Matt’s late father and my late grandmother, the only explanation we can give is that they were by our side.” 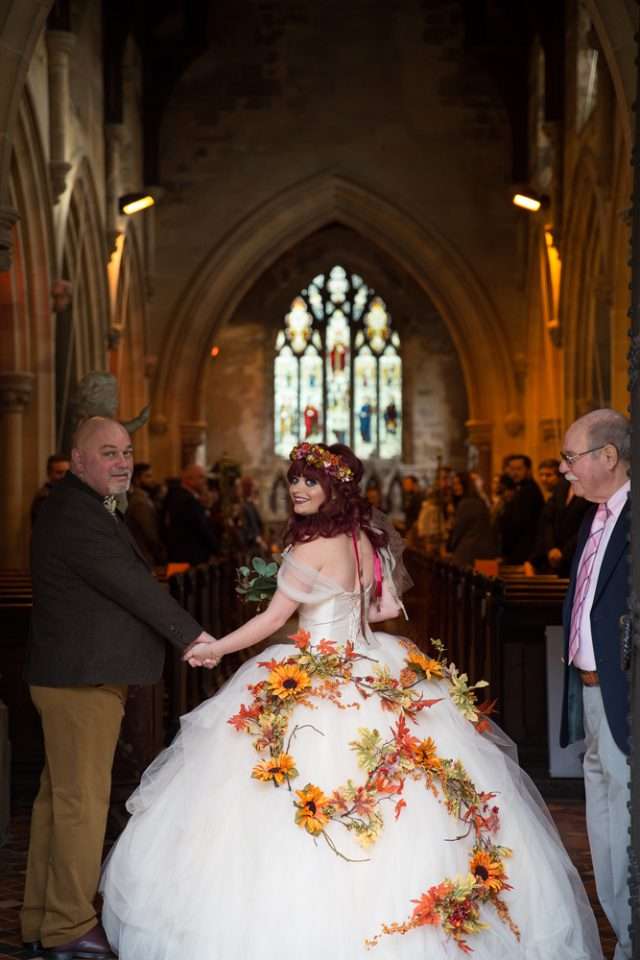 Something that was really important to both Kirsty and Matt was remembering their loved ones who have passed. “Sadly Matt’s father, Paul, passed away the year before our wedding”, Kirsty explained. “It was a heartbreaking, life changing event that has left a hole in all of our hearts. Alongside Paul, there were my grandparents that also could not be with us, who had also passed away. It was vital that we involved these incredibly significant people into our wedding somehow. Balloons were made with a symbol of our love that we could release after the ceremony. Although this was a poignant part of our day, it was a time that we could take to remember our loved ones.” 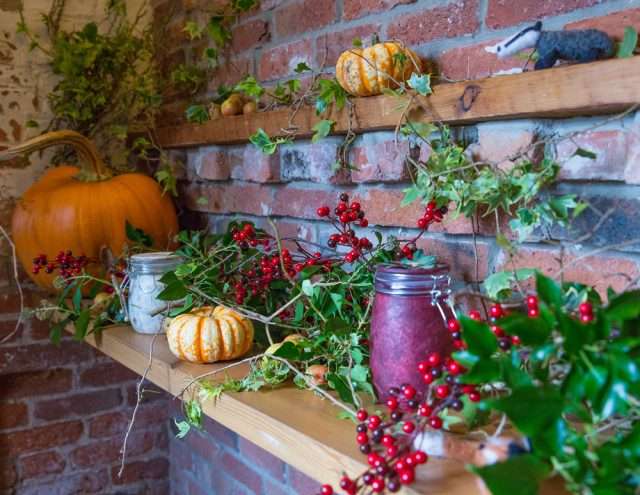 They then had their reception at Donington Park Farm Barn. “We ate in original pig sties and danced in a magnificent threshing barn. Although it took nearly an hour’s drive to get from the church to the venue, it was everything that we wanted. I’m lucky to have a creative family so we managed to do most of the décor ourselves. We made our own jam for our favours and even had a go at making a bride and groom out of pumpkins.” 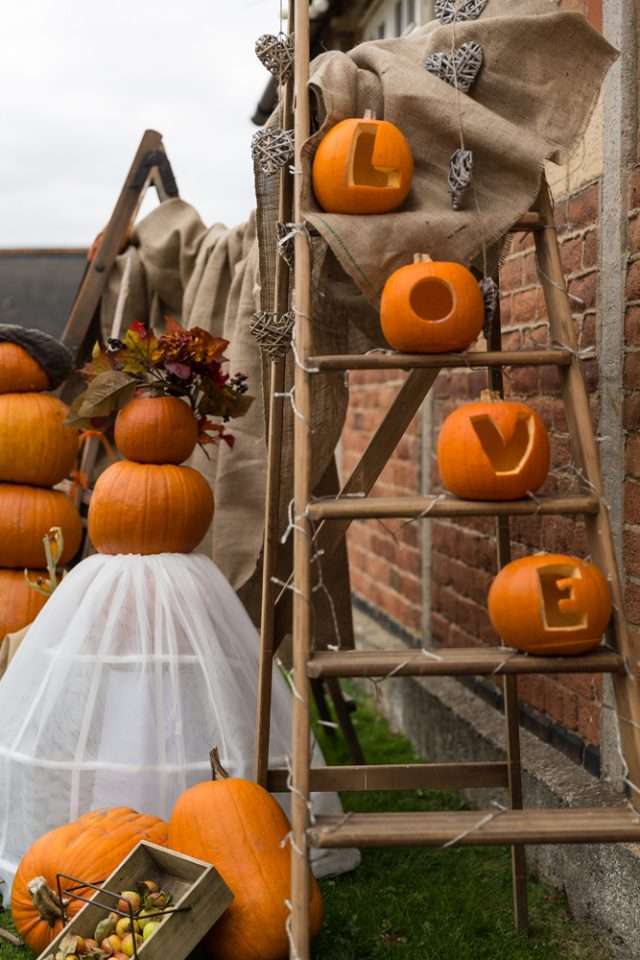 “For me, the best thing about planning the wedding was seeing all of the ideas and visions come to life. I had many restless nights leading up to it worrying about all sorts of scenarios that could go wrong. All of the suppliers turned up on the day and I just couldn’t believe how smoothly everything went.” 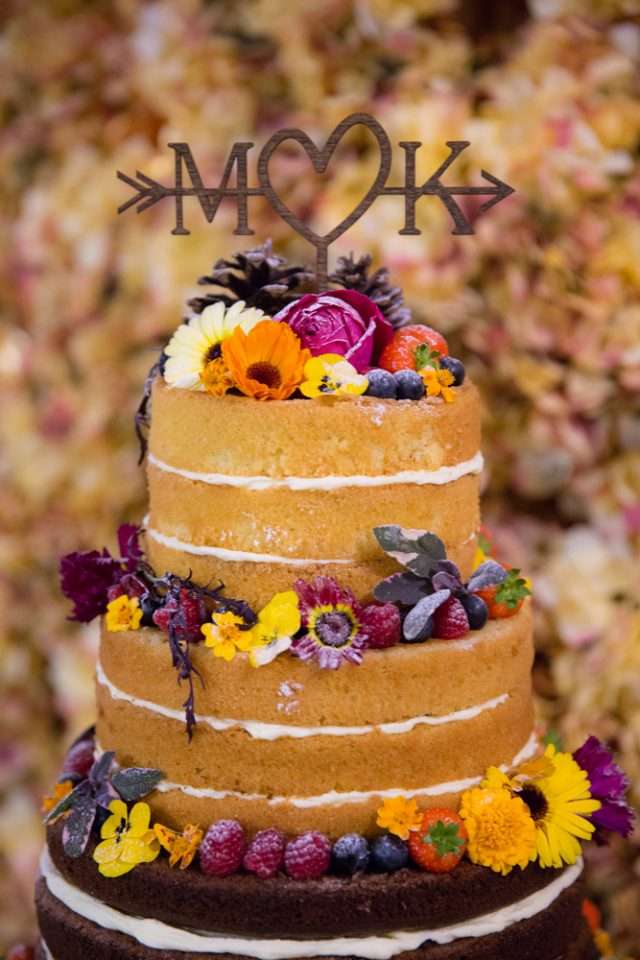 “There is nothing that we would have done differently. The day was even better than we could have imagined it to be. The day really does fly by, I wish we could have paused time.” 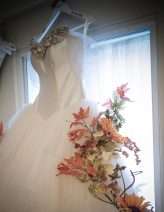 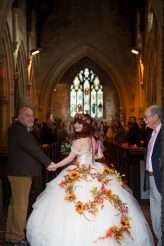 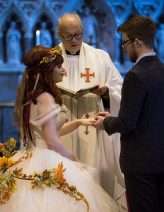 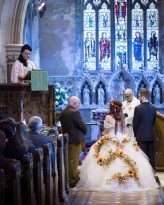 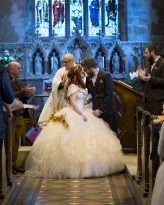 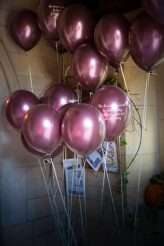 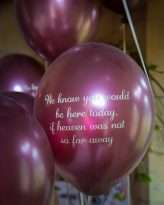 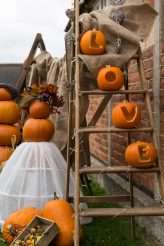 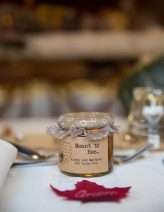 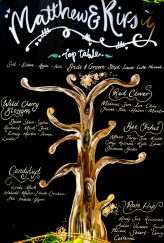 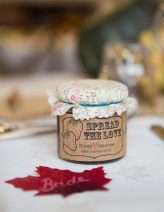 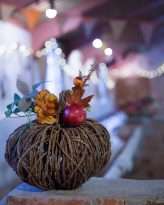 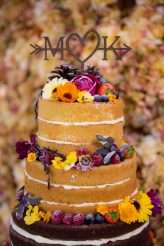 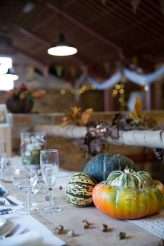 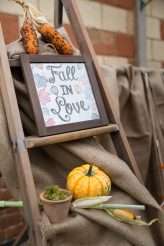 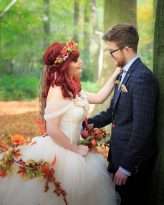 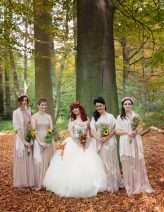 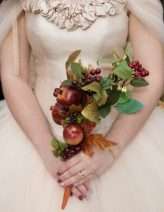 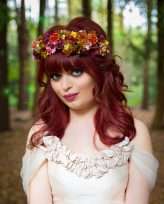 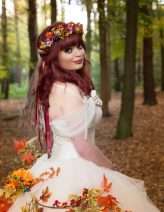 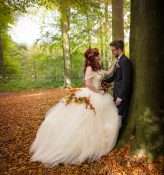