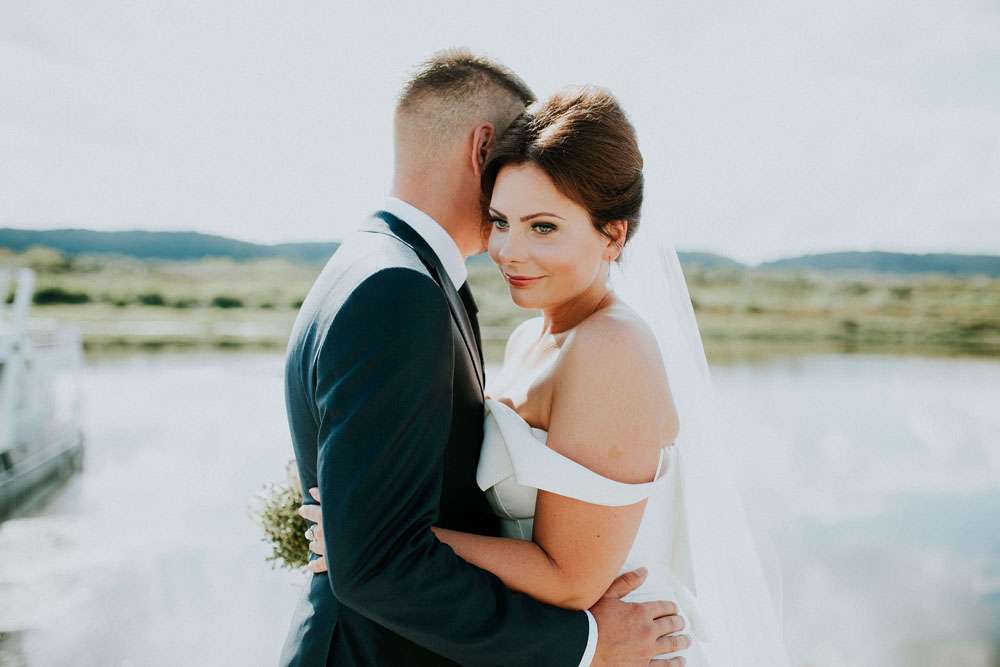 The Lithuanian wedding of Evelina and Martynas was set in an industrial venue, which set the tone for the day. They used lots of black and grey in their decor with brass and some bright pink accents. They also wanted to combine lots of different textures with their choice of plants. 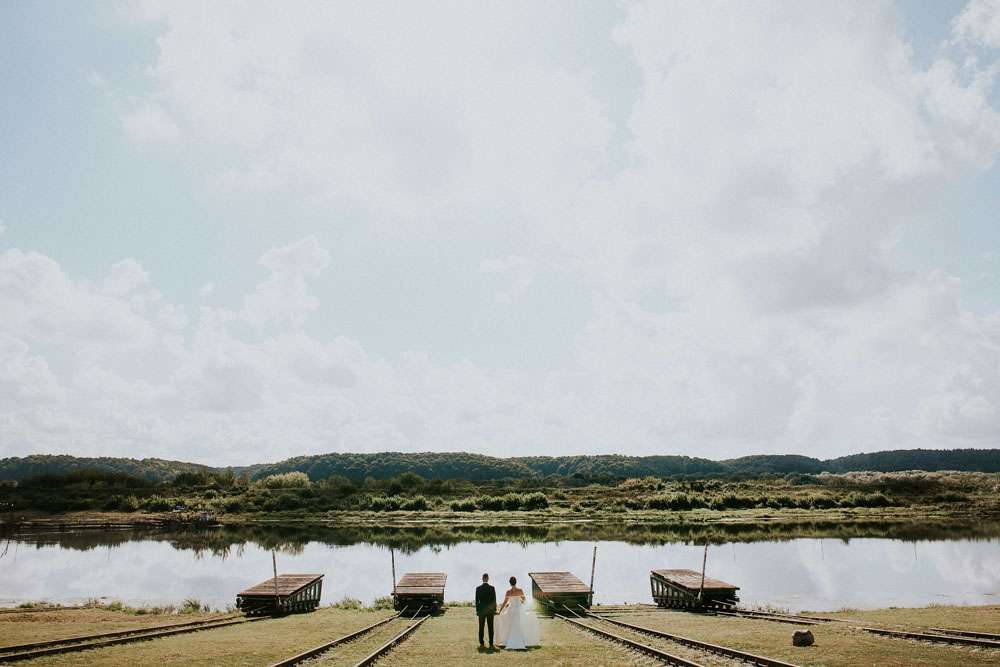 “The wedding style inspiration was based on ourselves, our relationship, things and rituals what are usual for us and entertains us in daily life”, said the bride. “We grew up in the city, we are the children of asphalt, and nowadays we can’t imagine not spending all our time in the city  We love the energy so there was no way we were going to get married in a castle, mansion or in the countryside! We just wanted to be open to ourselves and our closest people on our wedding day.” 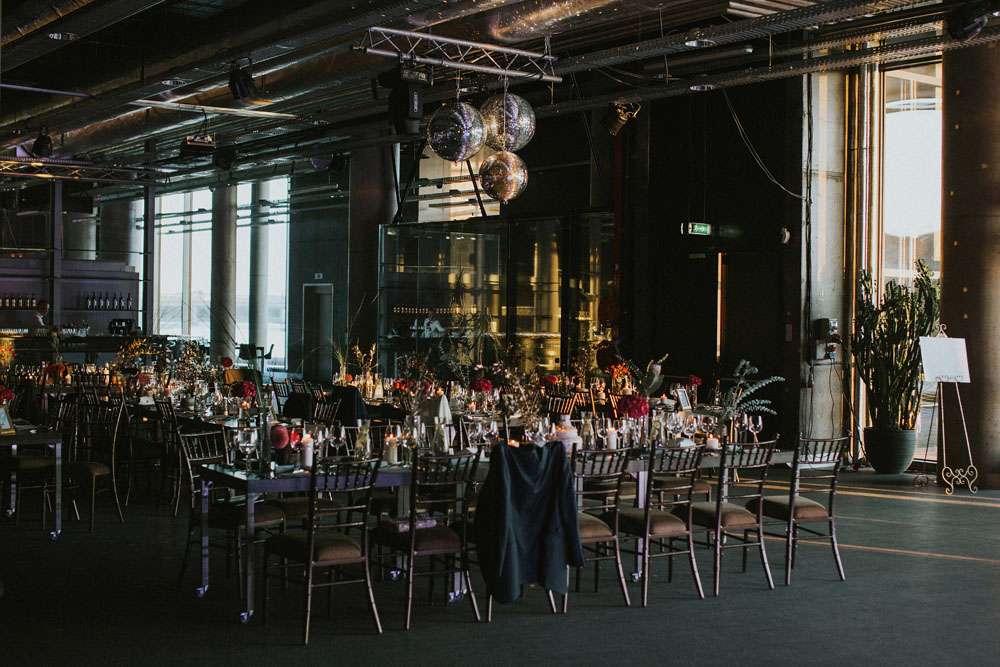 By contrast to the gritty theme, the bride’s dress was very modern, with straight lines and sleek silhouette. “It was designed by Olesia Les“, she said. “She created a dress by combining an origami silhouette, asymmetrical details, a solid fabric and feminine style. It also had a Bridget Bardot style with an off-the-shoulder top.” 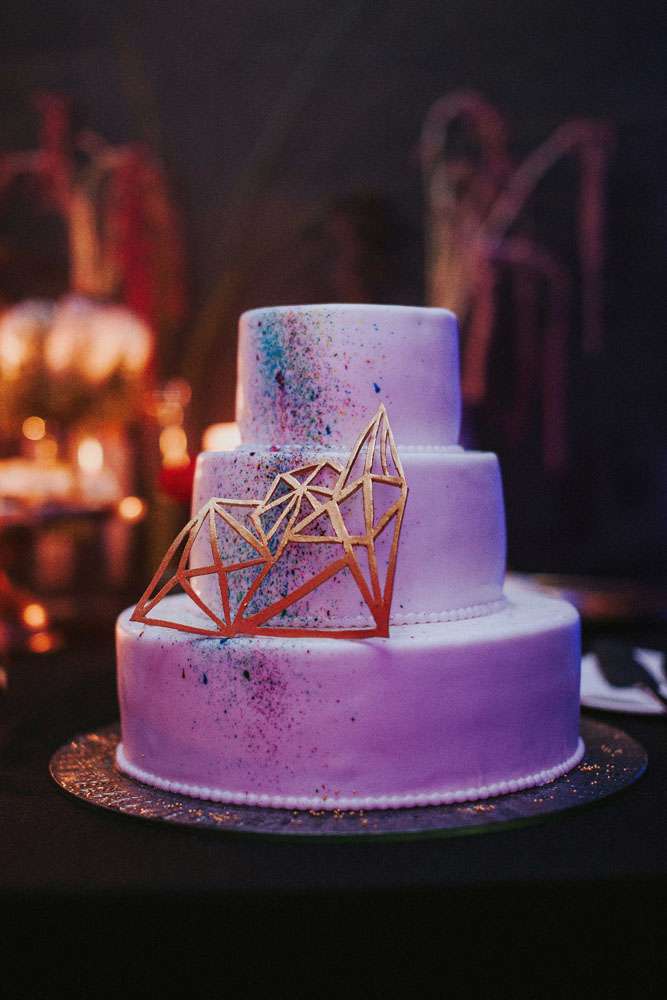 “It is very difficult to distinguish one situation or part of a day as our favourite”, she continued. “Everything was incredible starting from the morning preparation at home with the best friends, the photo session in the most beautiful area of the city the Kaunas inland port, sensitive and unforgettable ceremony in the church, the first dance of bride and groom and completing the day with our favourite band performance.” 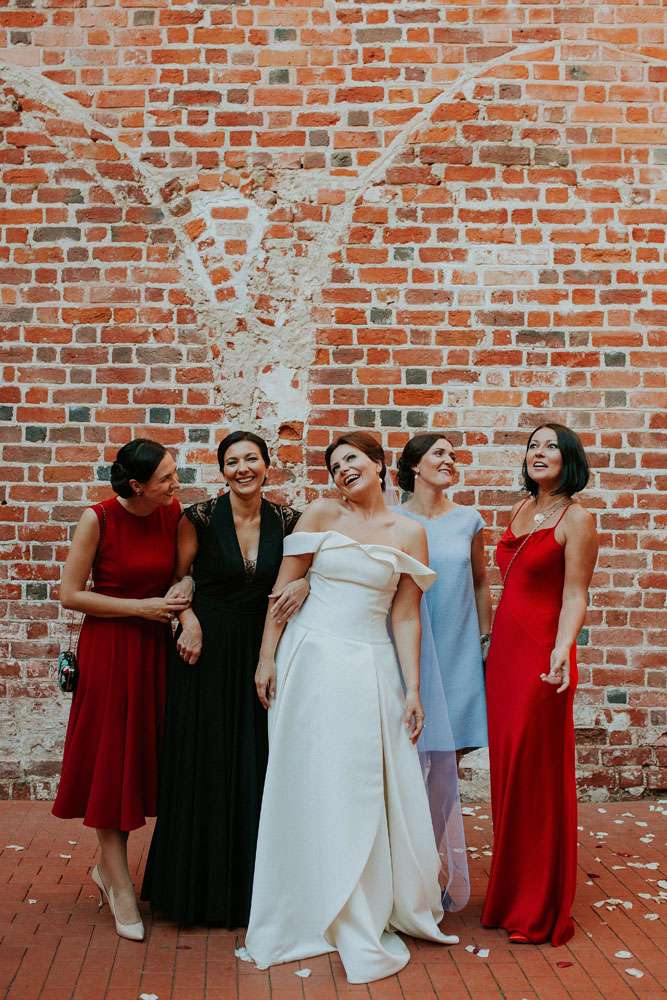 “The band was actually our biggest cost. I was never a kid who planned her dream wedding, I didn’t care about the dress or anything, but what I always wanted was my favourite rock band, Pelenai, to play that evening. My husband supported me, and both made it happen!” 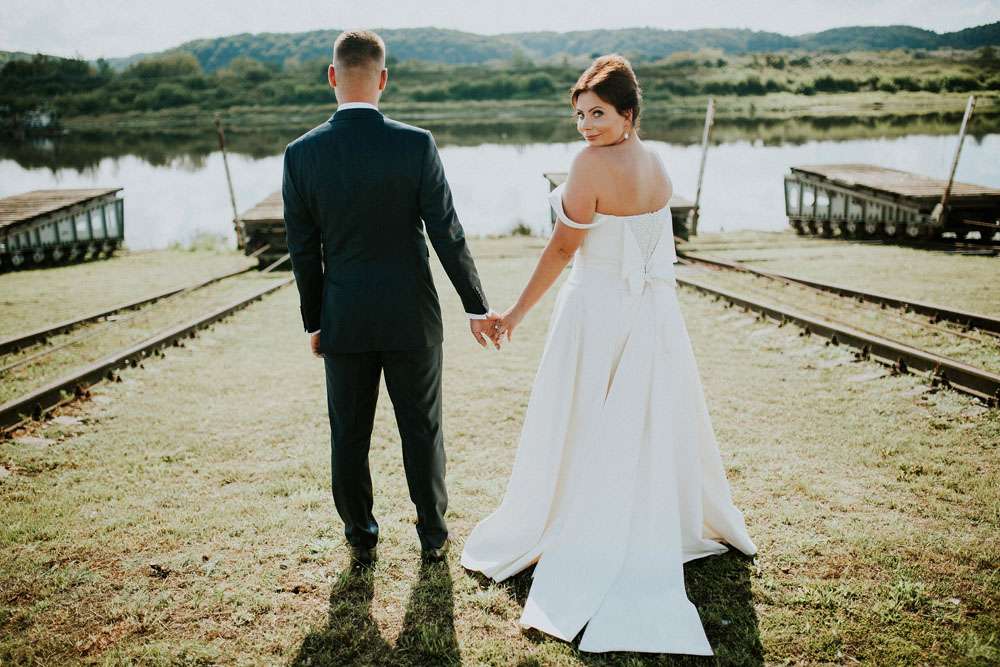 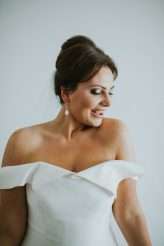 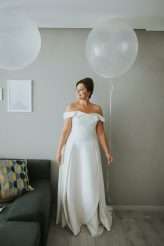 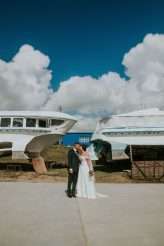 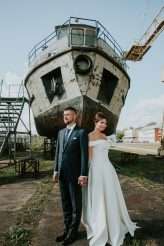 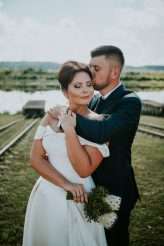 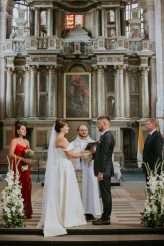 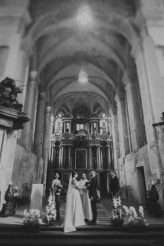 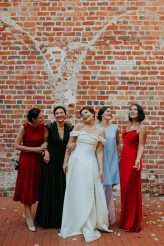 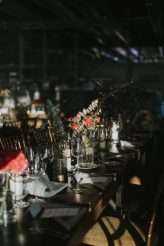 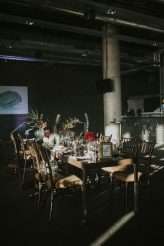 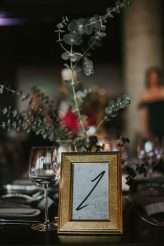 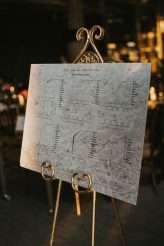 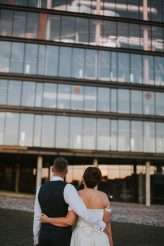 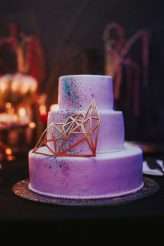 Phil & Joelle were married at Studio Six01, an event spaces with a industrial vibe in downtown Los Angeles. They planned their wedding in just three months with the help of event planners Two B Events. "Because we had dated for so long, once we got engaged we knew we wanted to do a very short engagement", explained Joelle. "We initially planned on six months, but due to schedule conflicts that ended up being shortened to three months and a day. It was then that we realized we needed help, and Seth and Ziza of Two B Events came to our rescue. I wouldn't have done it any other way! Second to saying 'I do', hiring event designers was the best thing we did for our wedding. I loved every detail but my two very favorite things were the vows and the hanging edison bulbs (especially as seen in the chandelier built by Two B Events)."

Fifth Time Around Vow Renewal at a Secret Location in Berlin

Mina and Nathan didn't want their wedding day to be the 'one big day of their lives', so instead decided to celebrate their wedding day every single year! This year was their fifth vow renewal (!) and it was the right amount of crazy and weird, laid back and a little industrial.

Raegan and Randy had their summer wedding at Blackmint Collective Tattoo Studio in Oklahoma City. It was the perfect venue as they and most of their bridal party and guests all have tattoos. There's a real industrial feel to their day, with the venue's exposed lighting rigs and brick walls dotted with modern art, all softened by details like pastel-glazed donuts and the delicate greens of succulents. It's a look that says modern wedding with an edge, and it's beautiful.