It wasn’t until she separated from her husband that writer Gala Darling really started to learn about how to be happily married.

“Divorce is always good news. I know that sounds weird, but it’s true because no good marriage has ever ended in divorce. That would be sad. If two people were married and they just had a great thing and then they got divorced, that would be really sad. But that has happened zero times.” — Louis CK

I got divorced in 2015, and it’s one of the best things I’ve ever done. That’s not to say that I regret getting married — simply that getting divorced was a very positive experience. In the past two years I have completely flourished, grown, and changed beyond my wildest dreams, and I’m also in a relationship with a man who fills my heart in a way I’ve never experienced before.

When my husband moved out, everything transformed. I had what I called “the summer of (radical self) love.” I travelled to Italy and Morocco with two of my best friends, I went out dancing all the time, I filled my house with flowers, and dressed up every day. I started dating and met a bunch of really great guys who made me feel like all was not lost. I began to reclaim and rediscover myself, my sexuality, and my identity.

It’s been a while now, and I’ve had time to unravel what caused my divorce. While it would be easy to point fingers and be accusatory, I think what it simply comes down to is the fact that we both married the wrong person. There were warning signs, of course, but when you’re young and your boyfriend proposes to you, it’s easy to ignore the signals. After all, getting married is exciting! Right?!

It’s a crazy thing, really. I never wanted to get married or have children. My desire was always to be independent: I wanted to travel the world, write books, maybe live in Europe, take lovers. Having someone else in the picture never really mattered much to me. And I had never fantasised about a wedding or a Cinderella-type dress. But somehow, when my then-boyfriend and I started talking about getting married, everything changed.

If I could go back in time, I would gently caution my younger self. I would pay attention to the fact that I was more excited about planning a wedding than I was about planning a life together. Instead of thinking about how “cool” our wedding photos would be, I wish I had thought about how our future would look. I would strip it back and take my time. 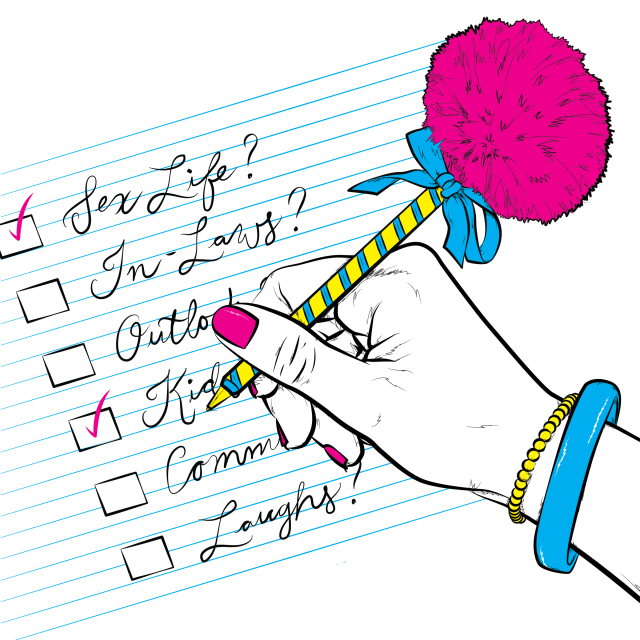 Things might have turned out very differently if I had more carefully considered our compatibility. There were so many basic things that simply didn’t fit. I had moved to New York City as part of my lifelong dream; he was desperate to leave the city after feeling trapped in it for 20 years. I was ambitious and wanted to live a fast-paced lifestyle; he was more comfortable sitting in the garage by himself. I wanted to fly all over the world and have adventures; he refused to get on a plane. I wanted to bounce between Los Angeles and New York, writing and socialising; he wanted to open an animal rescue on a farm somewhere.

How could two people who were so desperately different end up married? It’s pretty simple really, and it happens all the time. We get swept away in the fantasy, the idea of the big white dress and the beautiful photographs, and forget to pay attention to the bigger picture.

Your wedding is just one day, but the most vital question is this: Do you really want to spend the rest of your life with this person? Some people say that who you marry is one of the most important choices you ever make, and I have to agree. The person you marry will shape your life. It’s not just you anymore, it’s two people creating their own world — and do you really want to be part of the world that they are building?

Getting married is such an enormous commitment, and I think for some of us, the concept is almost too scary to contemplate. So we just don’t. We ignore it, push it away, get excited about pretty details, and then wonder why, once the gifts are packed away, we’re in a relationship that doesn’t satisfy us.

We get obsessed with what our relationship looks like, not what it feels like — and that’s the biggest mistake of all.

There are no guarantees when you get married. But as someone who has experienced the deep sadness of feeling stuck in a marriage that simply doesn’t work, I would be negligent if I didn’t advise you to seriously and deeply consider your current relationship before you dive into a wedding.

Does your partner make you laugh? Do you have a similar outlook on life? How’s your sex life? What are their goals and ambitions? Do either of you want children? Do you both have the same idea of what constitutes a good time? Are you prepared to deal with their family for all eternity? Do you fight fair? How’s your communication? What are your expectations for a marriage?

I can tell you right now that if your partner doesn’t make you laugh and your sex life is depressing, you’re going to have a long, hard road towards making your marriage feel awesome.

I don’t mean to be a bummer, but this is important stuff. Even if your divorce is quick and relatively painless (as mine was), it’s still a situation I wouldn’t wish on my worst enemy. We all deserve to be happy, in love, and living with someone whose hand you want to hold. And that’s something we can all have… If we’re smart about it.

Even though, in a perfect world, I would never have gotten divorced, I’m thankful to have had the experience. I have come out the other side a much stronger person, more aware of my own power, and it reinforced my belief that we can always choose again. Nothing is a life sentence.

Marriage is such a beautiful thing, and when you take it seriously and choose a partner with whom you can laugh, learn, and grow, your wedding day is only the beginning of your life together. 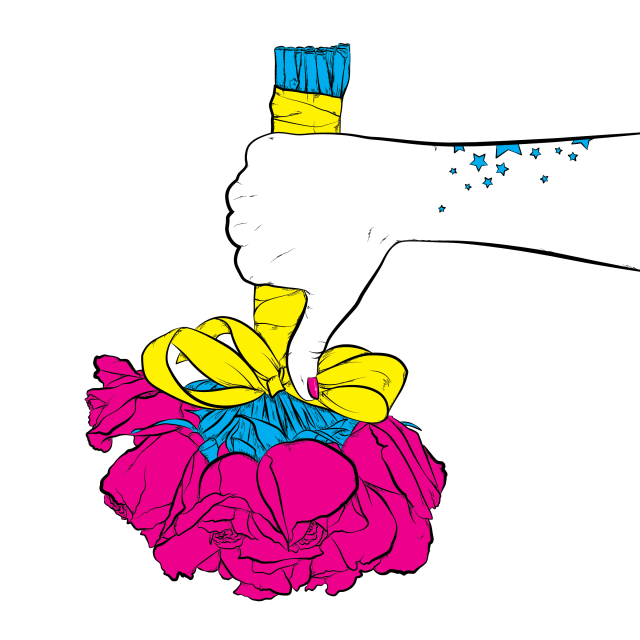 Gala Darling is the bestselling author of Radical Self-Love: A Guide To Loving Yourself And Living Your Dreams (Hay House). She has been teaching women how to transform their lives for close to a decade. Her site, galadarling.com, helps a million women a month find their voice, live without fear, and fall in love with life.

This article originally appeared in Rock n Roll Bride magazine, issue 9. You can now order the current edition, issue 14, is via our online shop, or pop into your local WhSmiths, Sainsburys or independent newsagents and pick yourself up a copy.