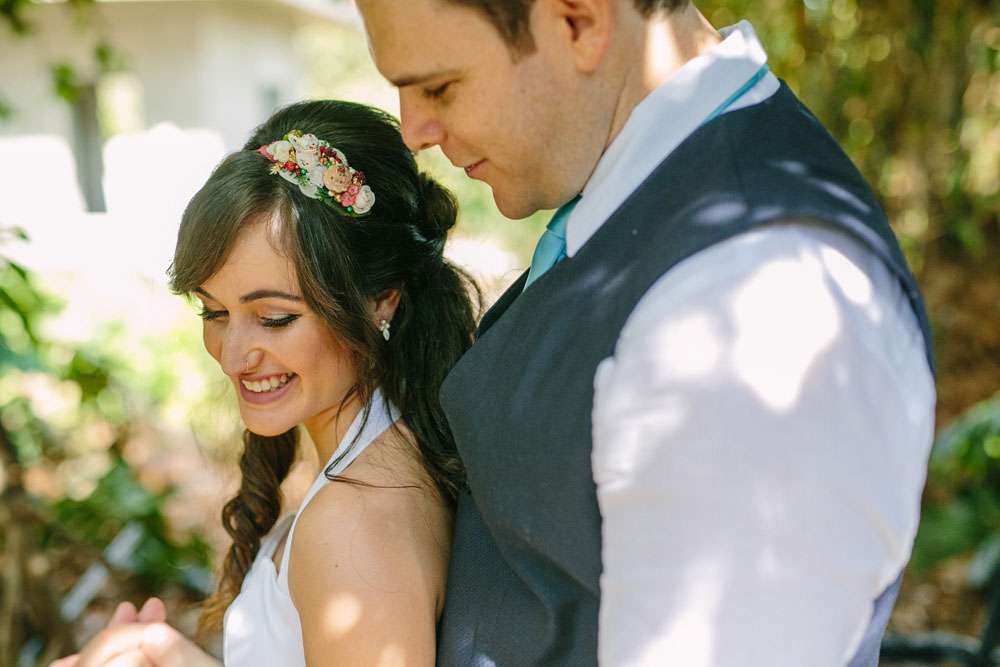 Adva and Guy wedding was Alice in Wonderland themed, with a pinch of psychedelic 60s vibes. They were married in Israel in September.

“I have been obsessed with the Alice in Wonderland book since early childhood”, said Adva, “and when I met Guy he came along for the ride and developed the obsession even further. Together we started to collect translated editions of the book (thirty languages and counting!), flew spontaneously to ‘Alice Day’ in Oxford, and we celebrate our unbirthdays! We love the surrealistic-psychedelic feel of Alice and it matched perfectly with Guy’s passion for late 60s rock music. Our wedding motto was ‘Life, what is it but a dream?’ taken from Lewis Carroll poem A Boat Beneath a Sunny Sky.” 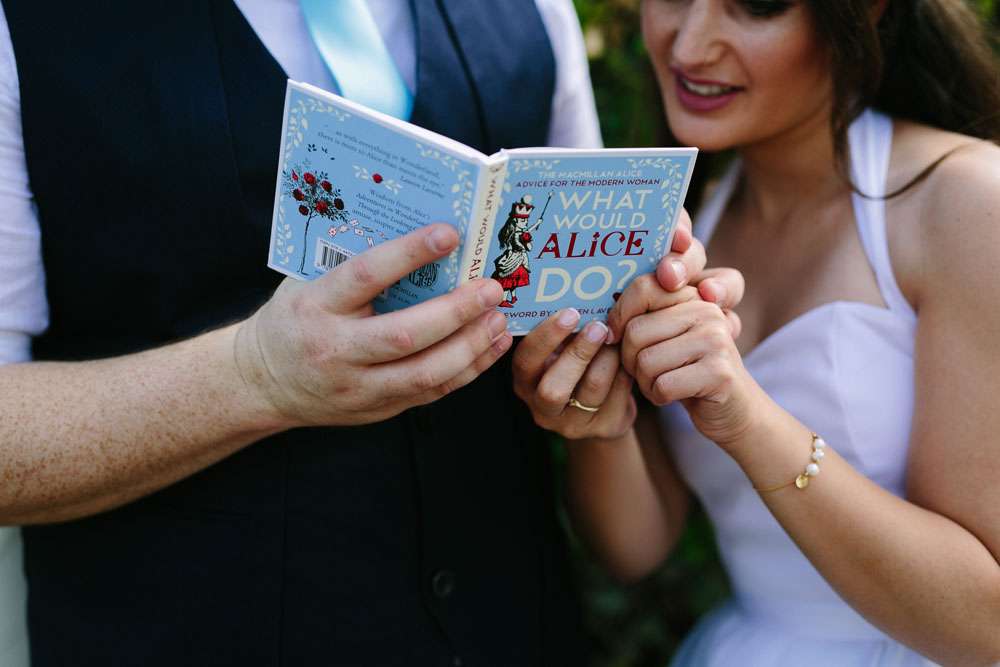 “We went all the way with our theme – from the design of the invitations, to the decorations, music, even the food. We tried to give our guests the feeling they fell through the rabbit hole and into a dream. For example, we had four long tables, and each table had jumbo sized playing cards from a different suit on it. Instead of being given a table number each guest got a playing card that assigned them to their seat.” 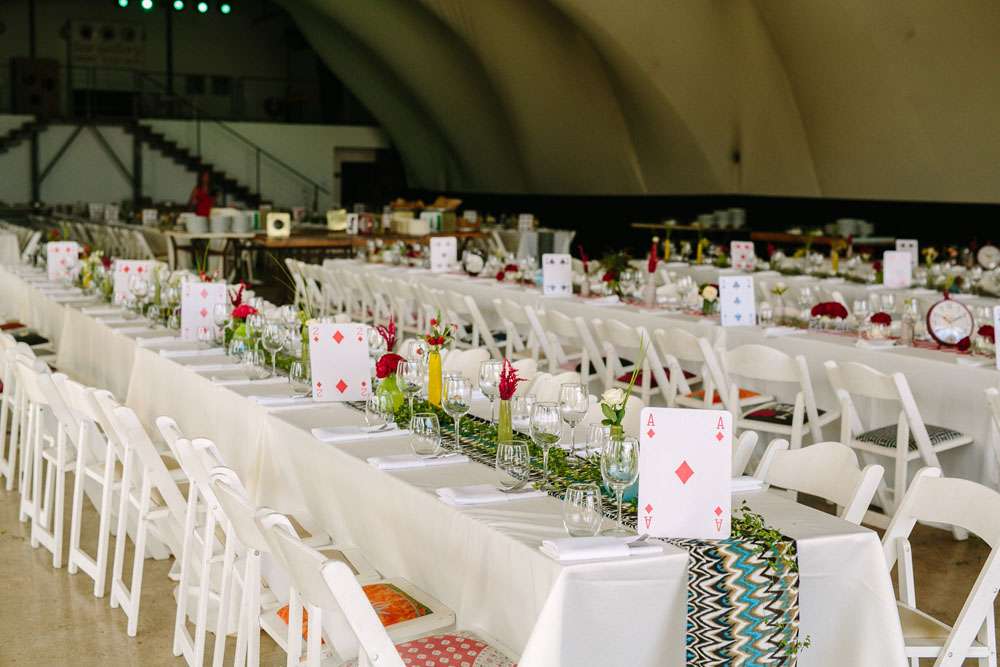 “Planning the wedding was so fun!” she continued. “People told us how stressful and time consuming it is, but nobody told us how much fun it can be! However we did have lots of help. In the beginning, we planned to do most of the decorations ourselves, but we soon realised we did not have the time or energy to do it all.” 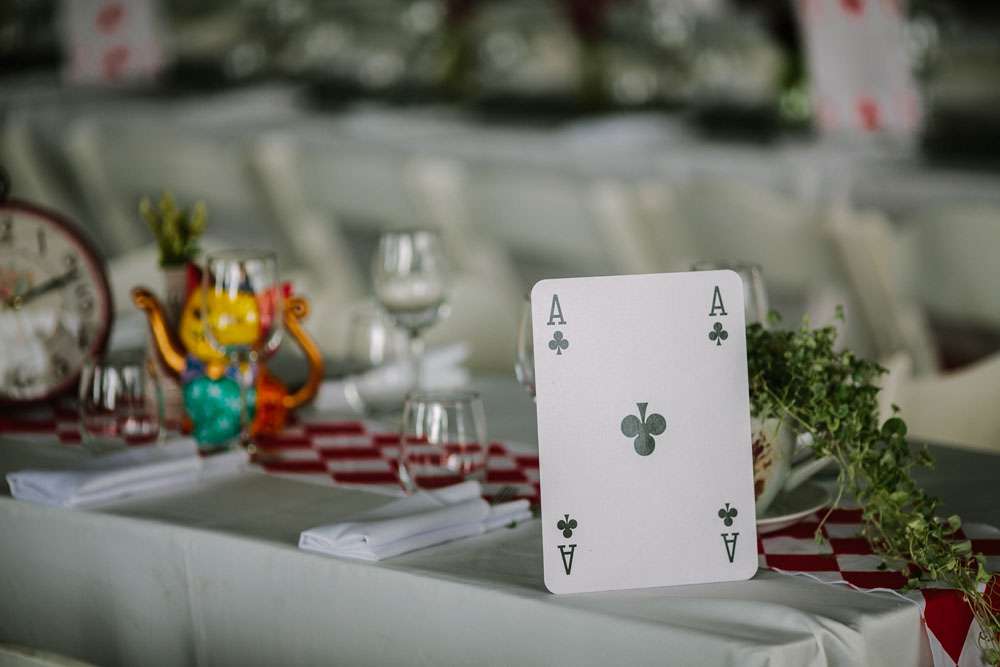 “We were married in a very big venue and we had 300 guests (which is considered an average wedding in Israel!), so it was a LOT of work. We decided to take the help of the venue’s decorator, Kobie Blander. We met with him a few times and told him what we wanted, so it was our ideas with his excellent execution. We did prepare our guestbook ourselves – with quotes and pictures that we cut from an old Alice in Wonderland book.” 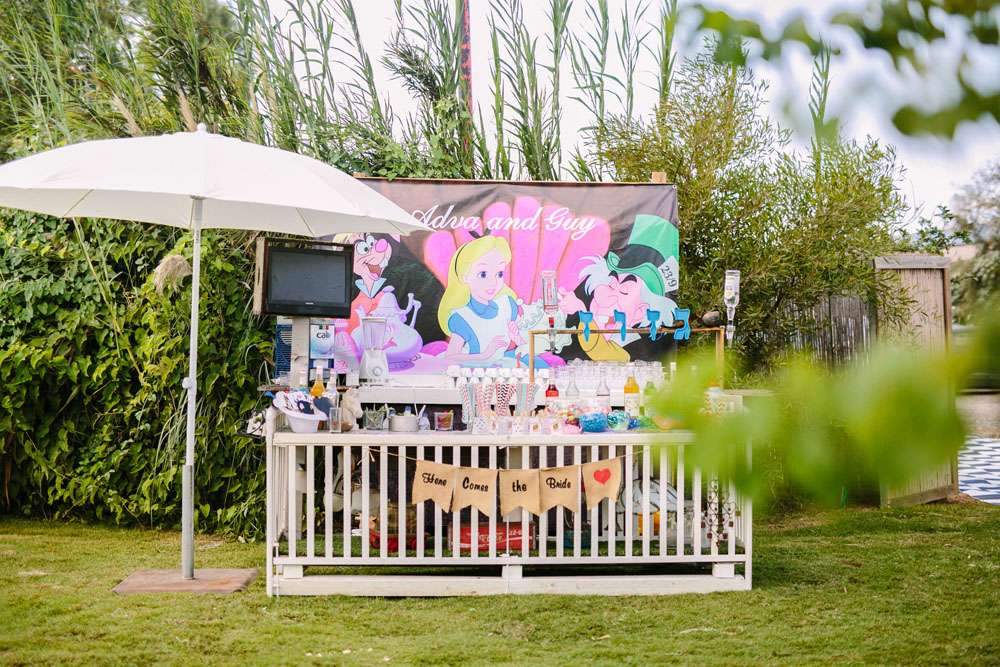 “Our advice for other couples would be to try to think of the wedding as a fun celebration of your relationship. Express yourselves and be creative. Try to work together and have fun. Don’t stress too much, some things will not turn out perfect – and it’s OK!” 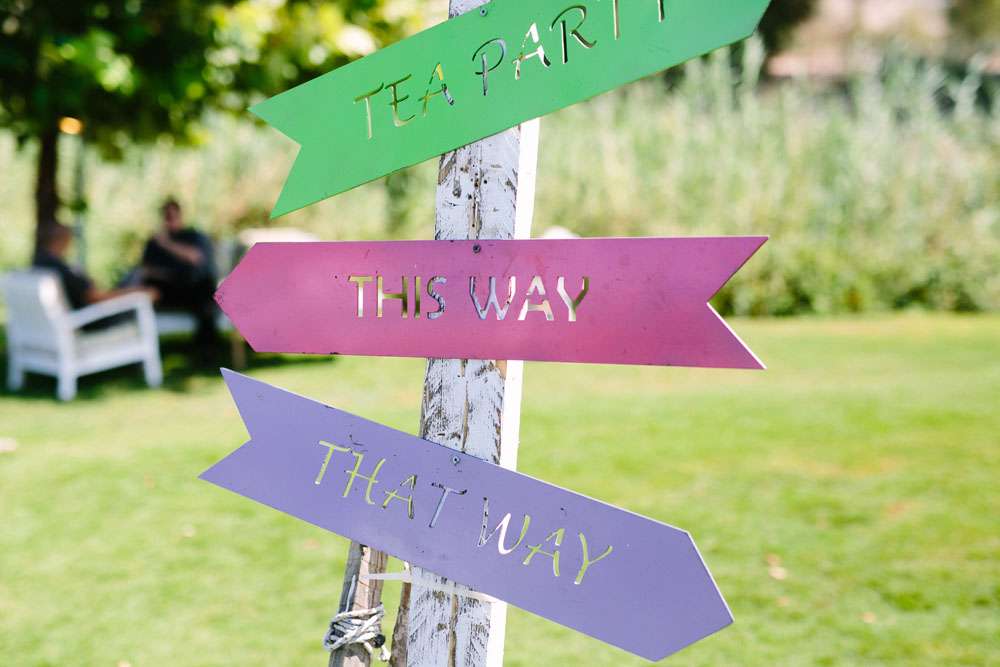 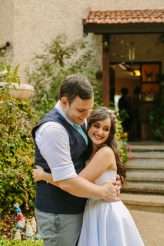 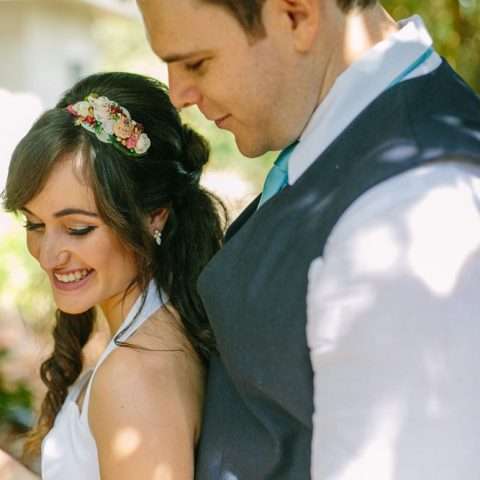 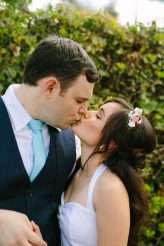 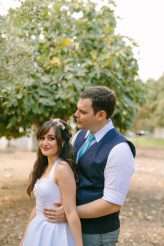 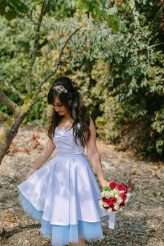 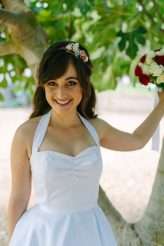 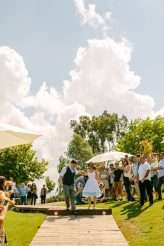 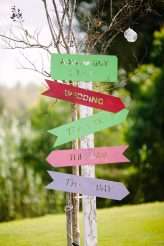 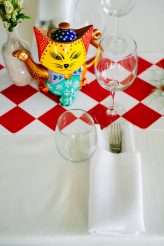 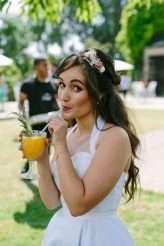 Rachel and Raymon based their wedding on Rachel's favourite childhood book and film - Alice in Wonderland! They had oodles of personalised and special details including the mismatched chairs, the vintage door seating chart, having clocks as table numbers and their chequered dance floor.

Alice in Wonderland themed weddings have been pretty popular since the Tim Burton version of the story was released in 2010, but that doesn't mean I don't still love to see them! I mean who wouldn't want to look at photographs that transport you into a much more psychedelic world? When Adam & Louise got engaged, and despite the fact that they thought the theme had 'been done' quite a bit, they knew it was perfect for their wedding. Louise had been a huge fan of the story for her whole life, and had always dreamt of an Alice themed wedding... so why go changing?