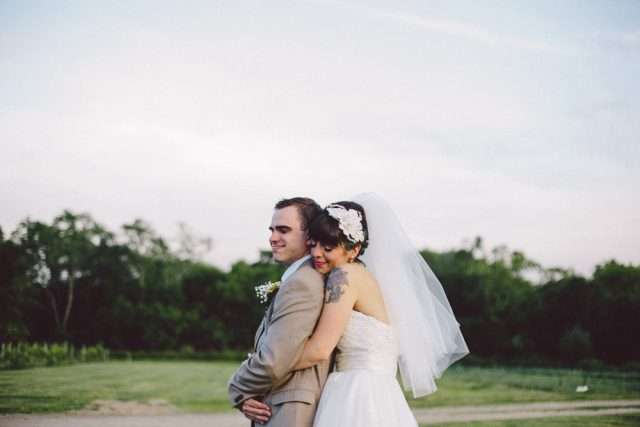 Christable and Julius’ retro inspired wedding took place in June. The wedding was a whimsical DIY barn party with influences from a number of different eras.

“Even though we are both from the city, we love getting out to the country”, began the bride. “We wanted to do something that had us all over it and not a pre-decorated banquet hall. We decorated the entire barn just hours before having to get dressed in the upstairs room. It was a lot of work but it was worth it.”

“We knew it was going to be lot of work but I think the one thing we didn’t REALLY think about was a good clean up plan. It was a lot of work to put it all up and just as much work to put it all away along with the gifts after celebrating a wedding! Some guests did help but it still was more than we actually thought. You spend so much time thinking about putting it all together and then you forget about taking it all apart!” 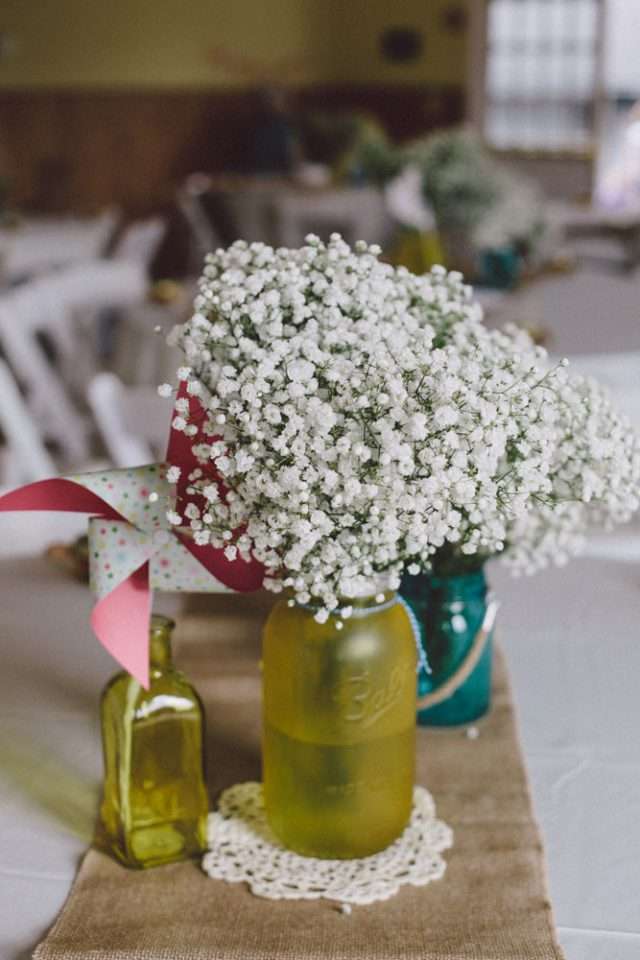 The decor was an eclectic mix using different suppliers and of course DIY! The bride even made all the cakes herself. “Over the year of planning, I pinned like nobody’s business. I collected all I could from different vendors. My maid of honour and I took all the ribbon I bought from Michael’s and made the back drop to our alter the night before the wedding. When we said our ‘I do’s’ it was like the wind blew and the colourful ribbons just started flowing. We were so happy how colourful everything was.” 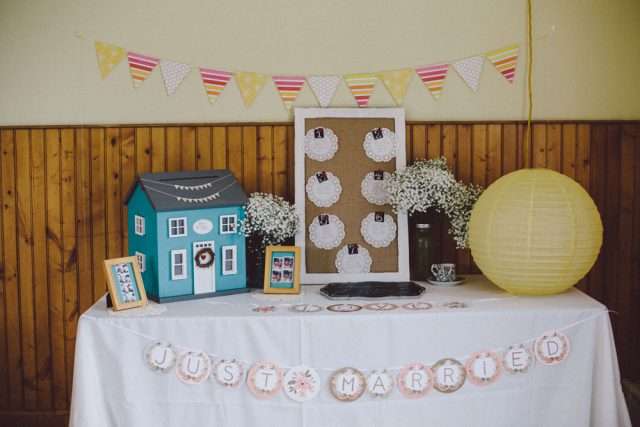 Both of the bride’s parents walked her down the aisle. “Music was a big part of our ceremony,” she explained.”We planned on hooking an iPod up to some speakers and playing a song as we walked down the aisle. But it didn’t work so our friend pulled his car up and opened all the doors and blasted the song out of a car! It was Home by Phillip Phillips. It was hilarious but it did the job. We also made sure to include certain songs at key moments.” 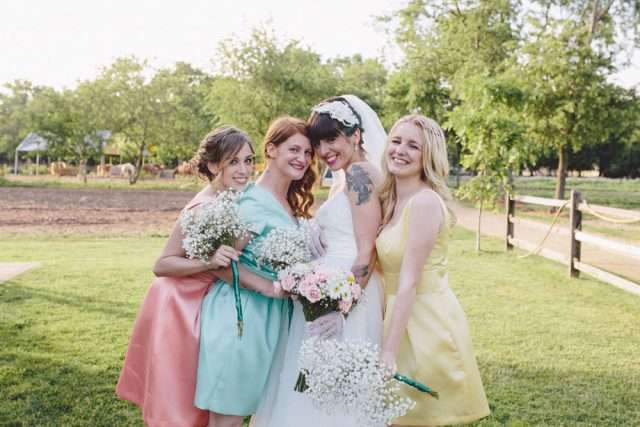 “My favourite part of the wedding was the dancing. Our first dance was from Starship’s Nothing is Gonna Stop Us Now. We incorporated tons of 80s songs into our playlist. Our other favourite part was having everyone important to us, friends and family, all in one room having such a great time. We had about 70 guests. It meant so much to us everyone who came and shared this day we planned.” 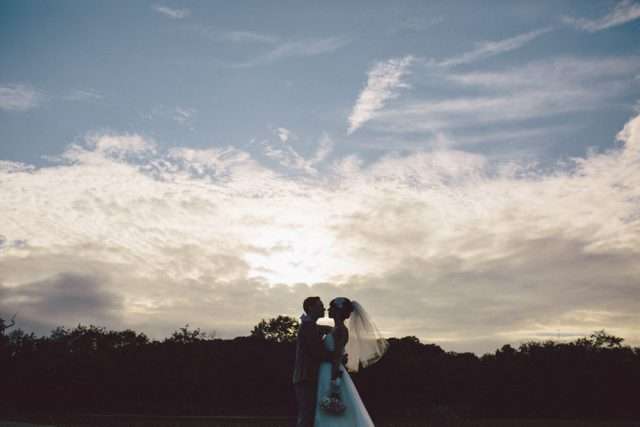 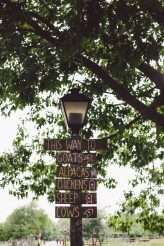 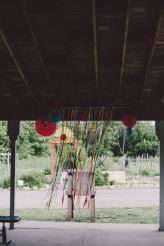 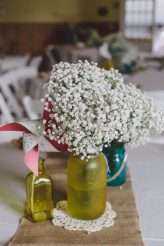 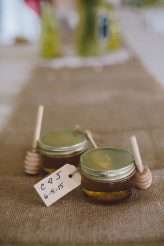 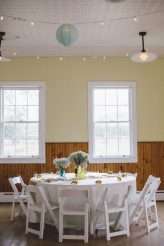 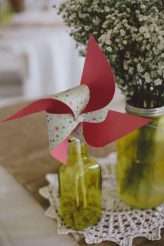 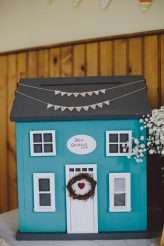 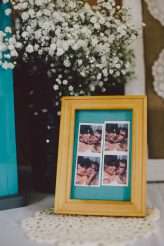 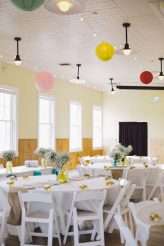 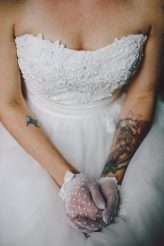 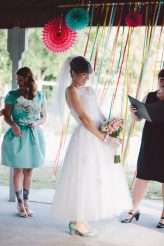 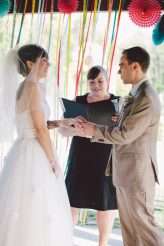 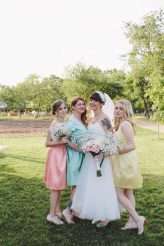 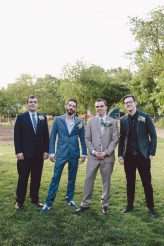 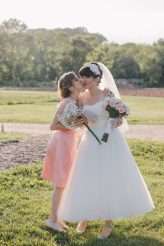 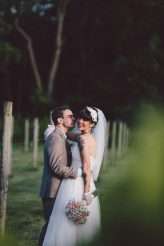 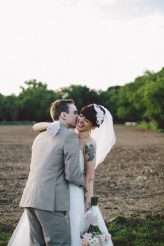 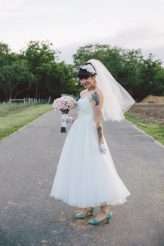 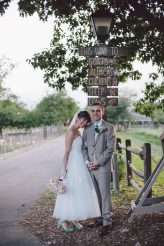 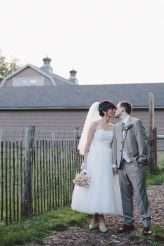 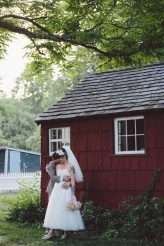 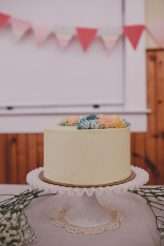 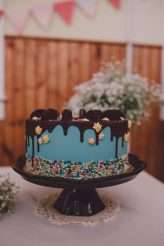 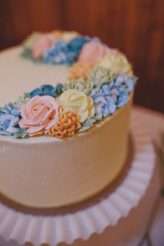