Jessica and Eldon’s wedding was small, simple and fun. Their ceremony was held at Toronto city hall and afterwards the all rode bikes to their reception!

“I think what mattered most to us was that the wedding stay simple, be enjoyable for everyone involved and to reflect who we are”, explained the bride. “We tried to keep things interactive and celebratory (bike rides, confetti, noise-makers, champagne) and use spaces within our community that are frequented by us and our friends. After the ceremony we went to Dufferin Grove Park for pictures and our reception was at a restaurant we love called Me & Mine.” 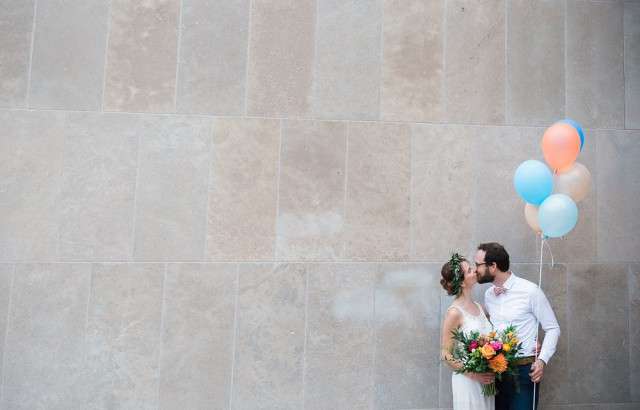 “We both have such creative, talented and intelligent friends it’s really hard to see ourselves as ‘alternative’ or ‘unique’,” she continued. “We certainly we’re driven by the need to be different. Our wedding wasn’t traditional or formal simply because we’re not traditional or formal people. Eldon and I and our friends use bikes as a regular mode of transportation so it only seemed natural to use bike to get from City Hall to the restaurant. And who could pass up the opportunity to travel en-masse with their friends and family in a wedding day bike parade?” 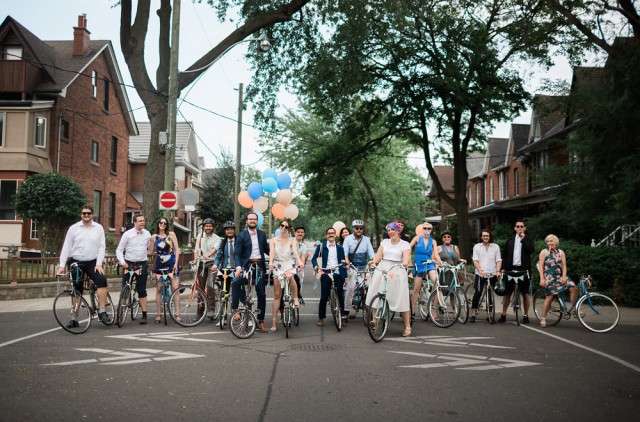 “Don’t get me wrong, we were aware that not many people incorporate bike rides into their wedding, but I don’t think we realised just how ‘different’ it would seem to people. It had never occurred to us that people on the street and in their cars who saw us would clap and cheer. We loved that it was not just interactive for our guests, but allowed for participation by others as well. People seemed genuinely happy for us and that was really heart-warming.” 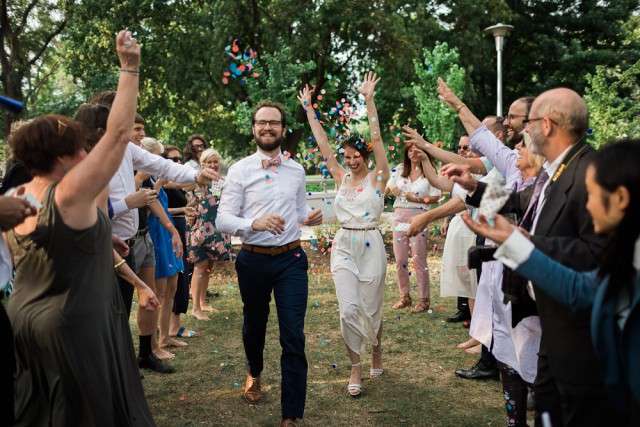 The wedding budget was $7000 and their biggest expense was food and drink. “Keeping the day small and as simple as possible saved us lots of money. Our ceremony and dinner was less than 30 people. We invited roughly 20 more guests for the party later in the evening, but most of our costs went towards the earlier parts of the day. I imagine it would be very hard to keep the cost down with a large, 100+ person wedding. My dress came from Club Monaco and was very inexpensive compared to a designer wedding gown. We also tried to be modest when it came to decorations and entertainment. However, all of the small bells and whistles surprisingly still add up!” 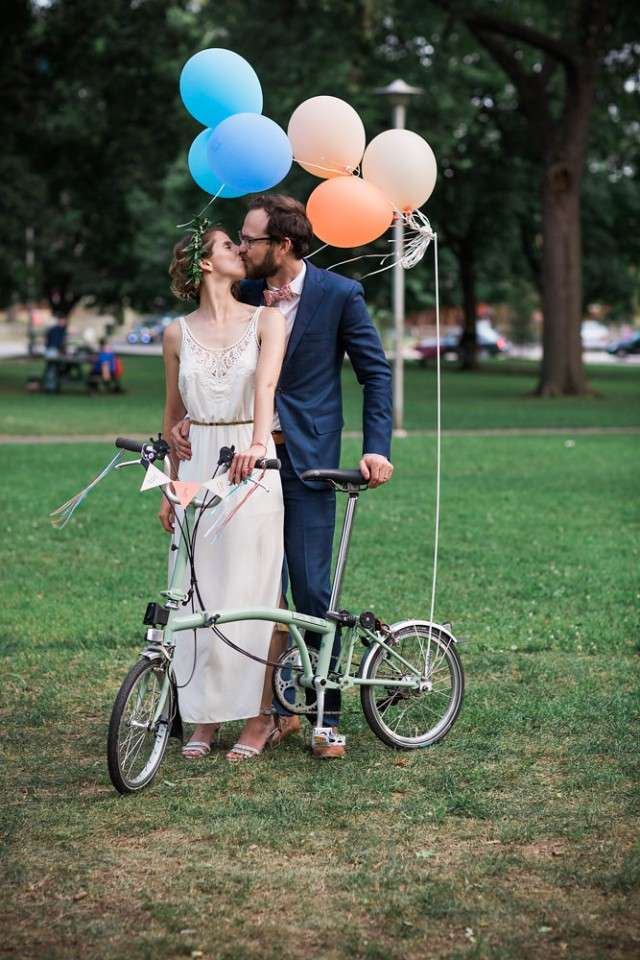 “My advice to other couples would be to keep things simple, have fun, be present in the day and remember that it’s just a day”, she concluded. “What’s most important is the partnership that everyone has gathered to celebrate.” 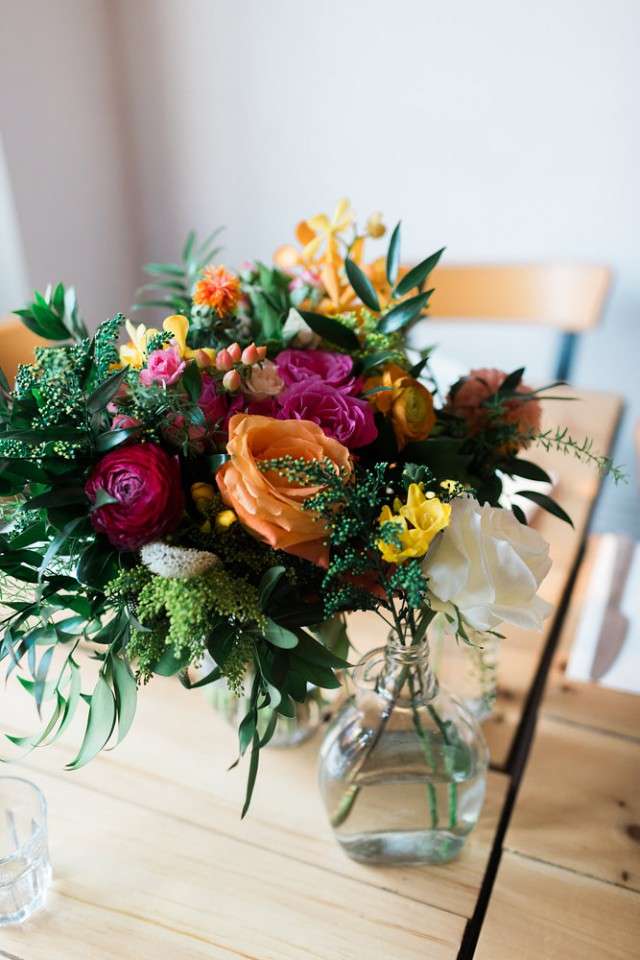 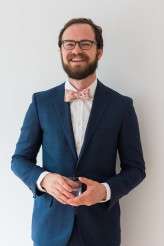 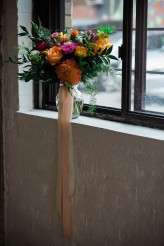 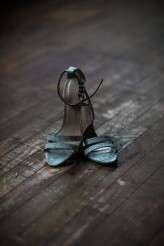 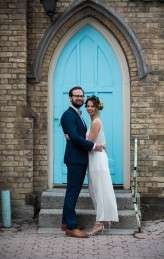 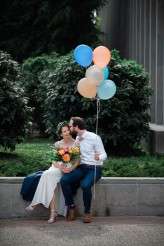 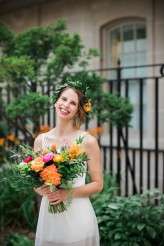 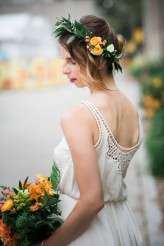 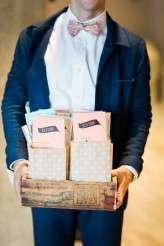 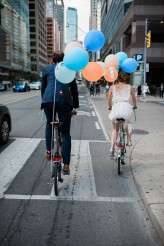 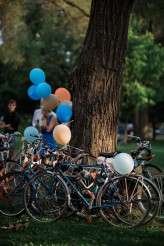 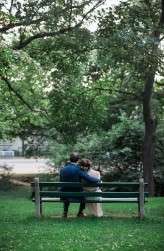 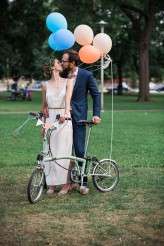 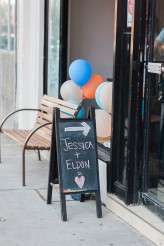 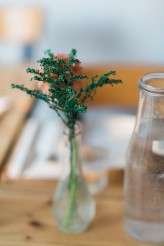 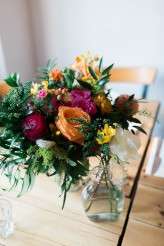 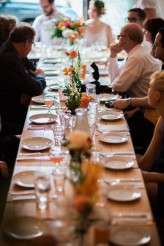 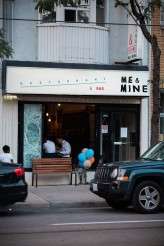