When you get engaged, inevitably your mind quickly becomes encompassed by things such as guest lists and table plans, dresses and shoes, flowers and cake. Of course all of these things are important to pulling off a beautiful wedding, but what are you doing to make sure you pull off an even more beautiful marriage?

One of the things I hear again and again from brides is phrases like “Oh I love him and can’t wait to marry him but I wish he wanted to be more involved in the wedding/ he’d spend less time on his computer/ we had more sex…” If there are things that have been niggling you over the years that have been easy to sweep under the carpet before, you might start to question whether they are more then just mild irritations when FOREVER is on the horizon.

It’s quite an old-fashioned idea, but just before Gareth and I were married we took part in a marriage course. When we were informed that we had to do one in order to get married at the church we had our eye on, I’m not going to lie, I was less than enthusiastic. I was annoyed that we had to give up one night a week for a whole month to go and talk about, I assumed, the outdated views of the Anglican Church on what makes a good marriage. I mean, we’d lived together for over a year, how different was marriage really going to be?

We went to the first session with dragged feet and closed minds, but we were pleasantly surprised at how wrong both of our expectations and assumptions were. We’ve now been married for seven years, but regularly think about many of the topics we were given the opportunity to discuss during the course and I hand-on-my-heart believe that it was one of the best things we’ve ever done for our relationship.

Not only did it give us the space to think and talk about our expectations of marriage, but we also learnt about the Five Love Languages. Pioneered by Gary Chapman in 1995, the concept outlines the five ways to express and experience love. It states that everyone feels and acknowledges love different ways, and to make sure you’re communicating it in a way that means the most to your partner, you need to know what “languages” those are for them. It’s quite normal to have more than one but the key is to understand what they are for each other.

The five love languages are: 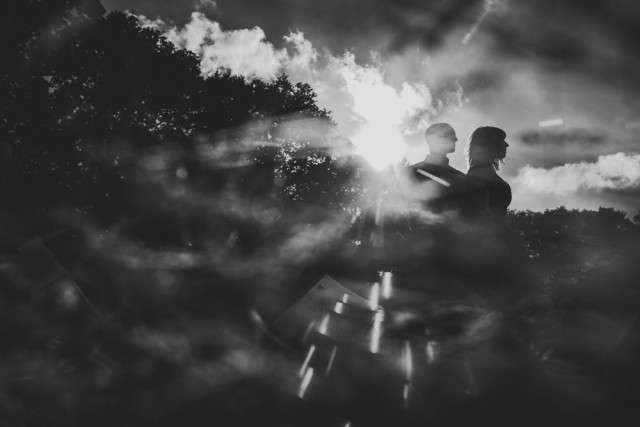 People tend to naturally give love in the way that they prefer to receive it. So for example, if you feel the most loved when someone wants to spend time with you, your instinct would be to want to spend lots of time with your beau. However if they feel the most loved when you buy them gifts, or say nice things to them, you could confuse the fact that they want to spend lots of time on the computer as meaning they don’t love you. This probably isn’t the case (especially if they want to marry you!) and it most likely just means that their love languages are different to yours.

By doing the marriage course we discovered that I feel loved through acts of service (when Gareth does things around the house) and with words of affirmation (when he says nice things to me) and he feels love through physical touch (holding hands, giving massages) and words of affirmation too. The fact that some of our love languages are different doesn’t mean we’re incompatible, it simply means that we both appreciate love in different ways. Therefore we must each make the effort to communicate our love for the other person in the most effective way for them. We both obviously need to hear “I love you” a lot so we both make this a priority!

Do you ever wish your fiancé or spouse would give you more little gifts? Like, maybe if they just bought some flowers home now and again you’d feel really special? If so that probably means that one of your love languages is receiving gifts (it doesn’t mean you’re materialistic, it just means the act of receiving something, however small, makes you feel loved and considered). If s/he never does that, it will likely mean that their love language is something else and they have no idea why something as trivial as a £2 bunch of carnations would mean so much to you.

The idea of a marriage course might be an outdated notion to some, but we certainly found it hugely beneficial for our relationship. By allowing ourselves the space and time to forget about the wedding planning stress, and to instead concentrate on the love and the reasons behind the wedding, we were able to discuss and discover things about the other person that we probably would have never done by ourselves.

If you are given the opportunity to go on one, I can’t recommend doing a marriage course enough, but if not, why not check out www.5lovelanguages.com for yourself? There is even a free quiz you and your partner can take to discover what both of your Love Languages are too. Planning your wedding is incredibly important, but taking some time to make sure your relationship is in tip top shape before the big day is even more so.

An earlier version of this article first appeared in the 2013 edition of Rock n Roll Bride magazine. Issue 4 is on sale September 3rd and can be pre-ordered for just £4.99 right now.