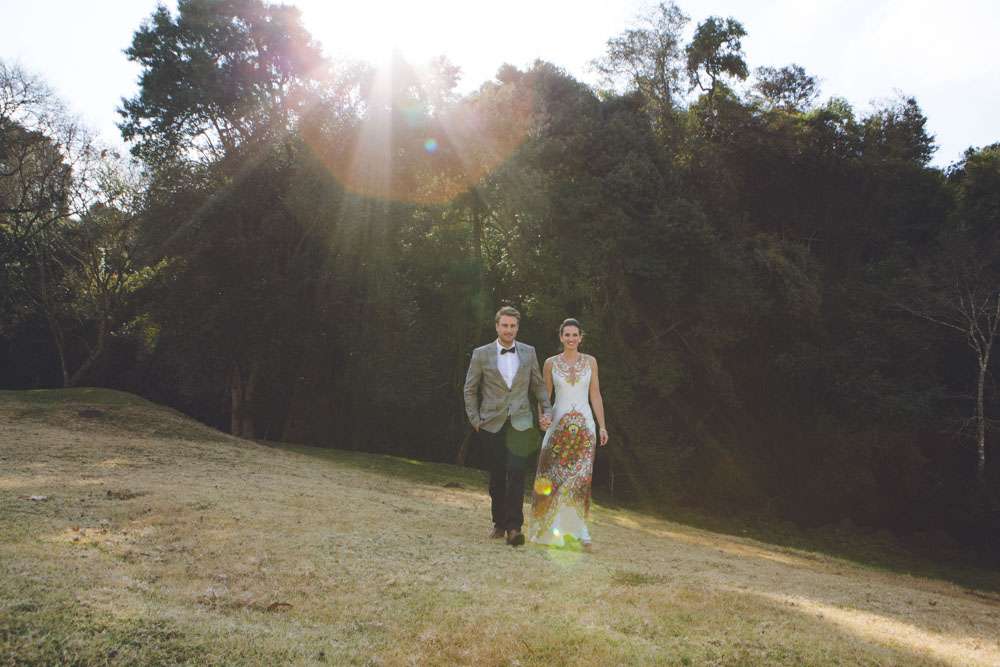 Rosie and Bryce had many influences for their South African wedding, but most of all they wanted a day that was fun and relaxed and one where there was plenty of good food!

“The inspiration for our wedding came from multiples sources”, began the bride. “Namely; our 5 years together in Dubai, my time living and working Venice, Italy and our travels there, the countless markets we’ve experienced, and most importantly our upbringing. We didn’t deviate drastically from the norm, but we definitely threw a celebration that was unusual in the South Africa context.” 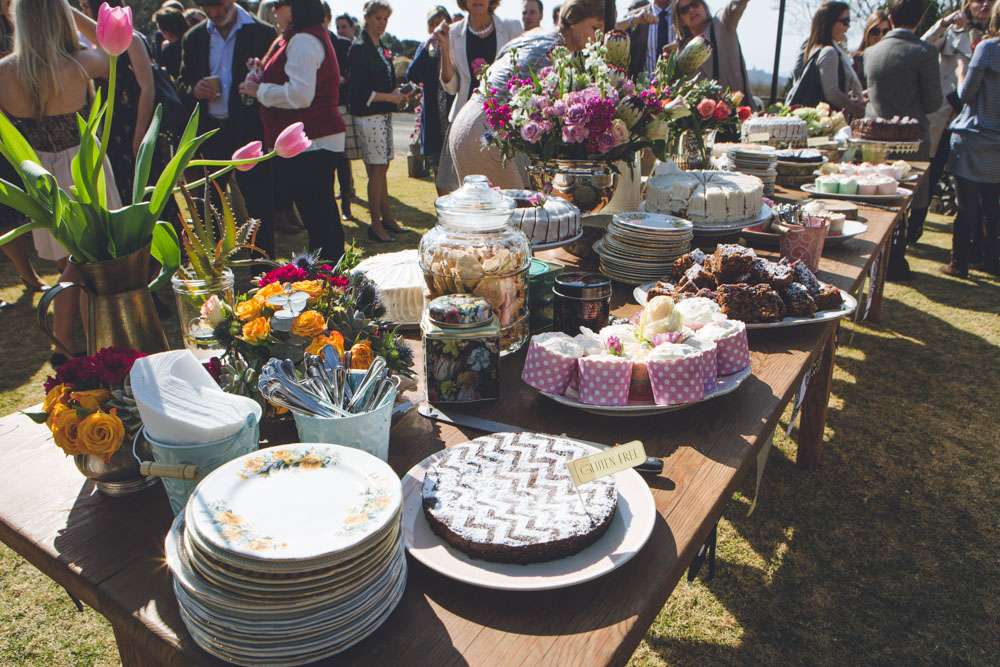 “We took and executive decision from day one to separate the marriage ceremony from the reception. The former was attended only by immediate family while 145 guests joined us from 10:30am for a tea and cake, lunch and a boozy afternoon soiree which meandered its way deep into the night.” 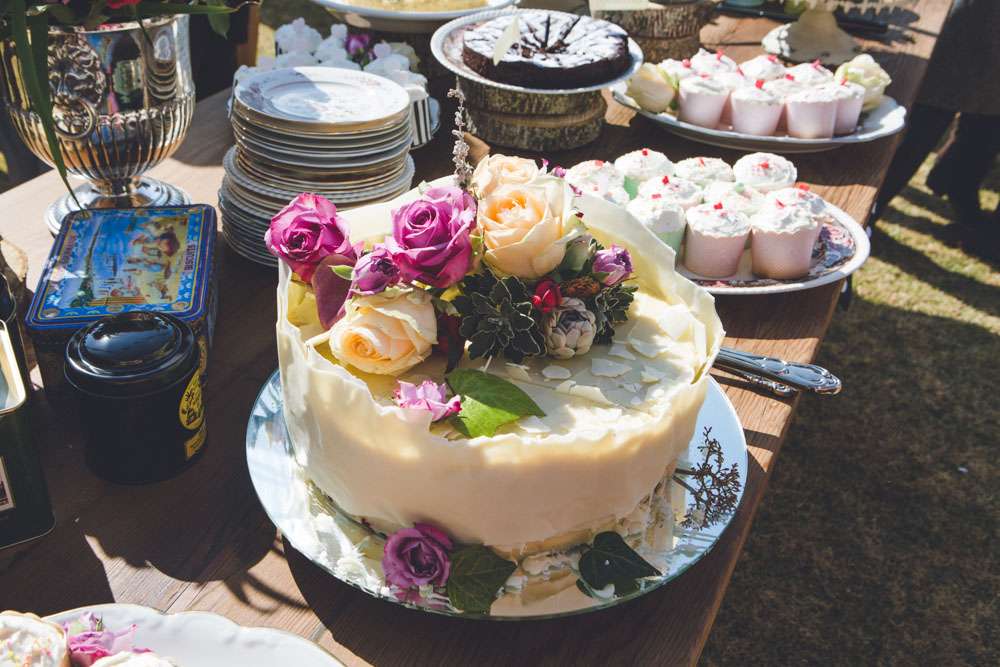 “Having lived in the United Arab Emirates for 5 years, we wanted to incorporate a touch of life in the desert into a traditional South African setting”, she continued. “We were adamant from the get go that we’d like a day-time wedding, preferably centred around brunch. Markets have marked some of our favourite foodie moments, so this was the original pitch to our caterer and the venue owner. We wanted a relaxed yet well coordinated atmosphere. We scrapped the formal seating idea and created gathering hubs – Persian carpets on the lawn with cushions, tables and benches under gazebos, cocktail tables and dining areas. We kept the speeches to a minimum with a welcome note from my Dad and thank you’s from Bryce and I. Food and wine flowed from 11am – 6pm and we all rolled down the hill to the after party venue thoroughly satisfied!” 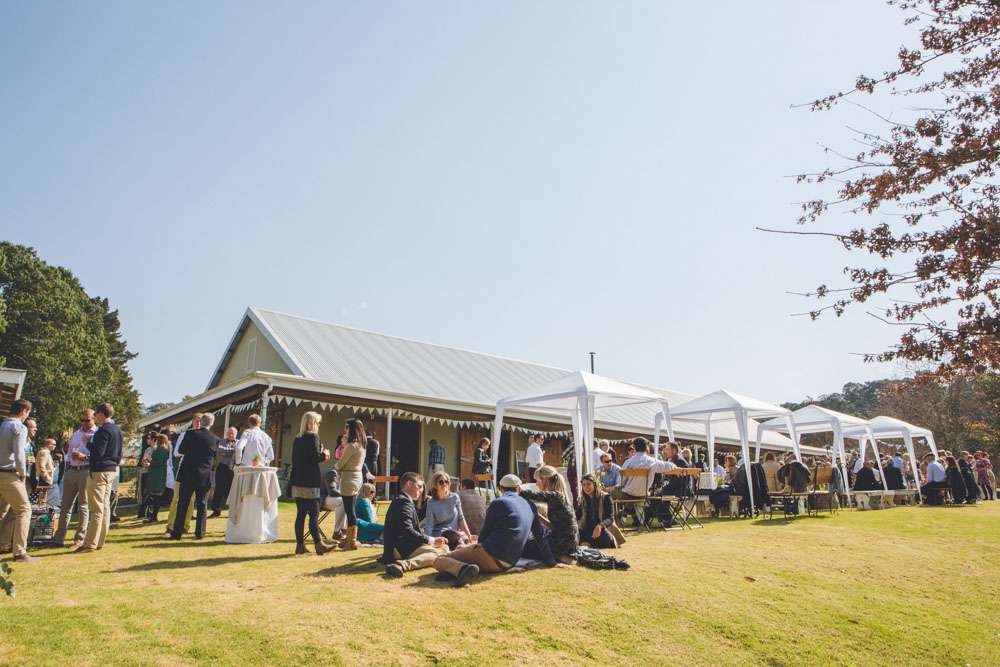 The wedding was held at The Cairn, an stables and barn in Old Kilgobbin. The ample outside space meant the couple could set up lots of different food areas, and invite their guests to mill about or sit on blankets which socialising with each other. “I can sincerely say the venue made everything an absolute breeze”, Rosie continued. “The space complimented our creative vision and made the whole day magical.”

“My favourite part of the wedding was when I took a moment to take it all in and realised that everyone having a great time”, Rosie concluded. “They were all either engaged in good conversation, games, or enjoying the food. Not a single soul looked lost, bored or out of place. That truly made the day exceptional.” 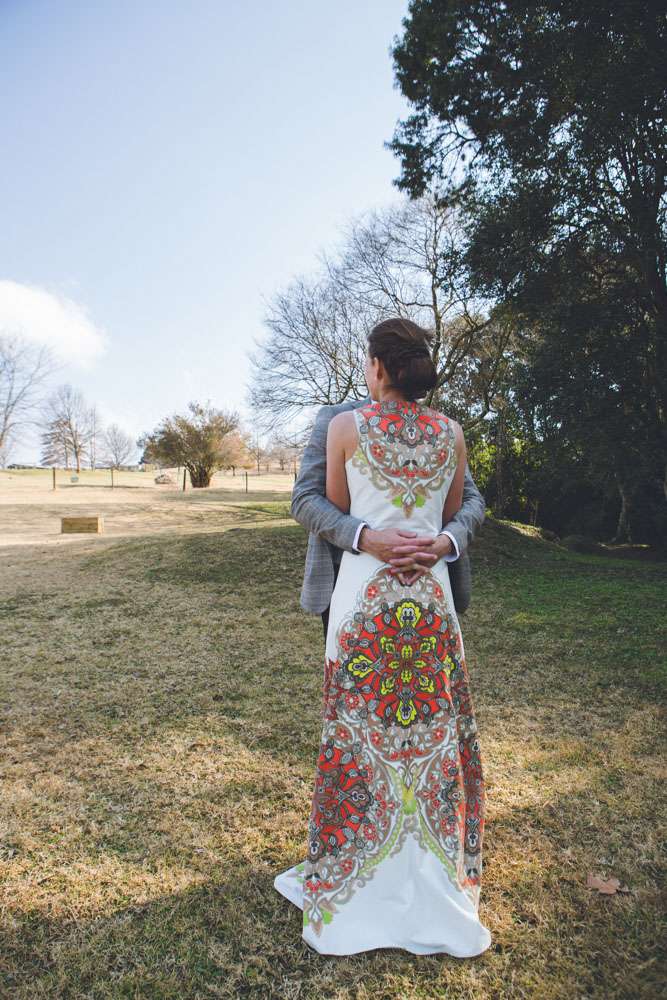 “The only thing we’d change is that we would have invited those friends that were at the top of our B-list. We had a cap on guests at 150 but only 145 showed up on the day and I still regret not inviting certain friends. The guest list was definitely the biggest challenge for us.”

“My advice to other couples would be to stick to their guns. Don’t get bullied out of your ideas. However, listen to the people around you who are in the know – venue owner, caterer, wedding planner etc. You can try all you want to reinvent the wheel but a gathering around food, friends, family, music and love all have patterns that you can’t avoid.” 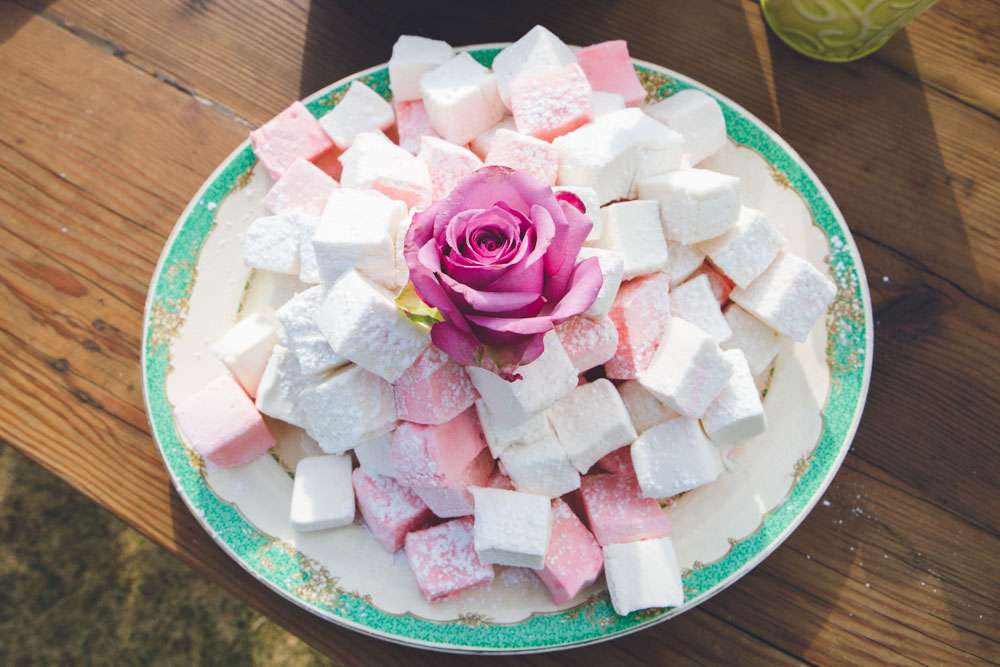 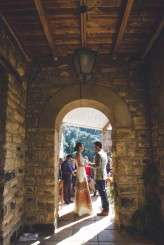 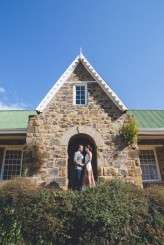 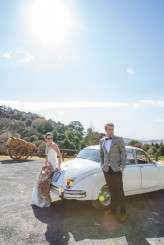 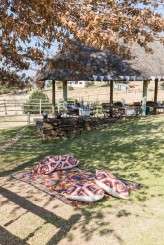 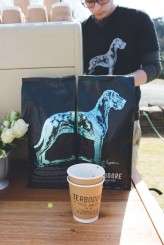 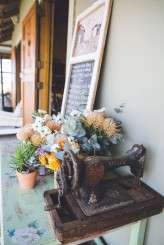 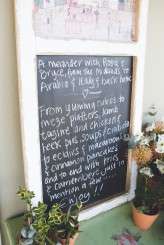 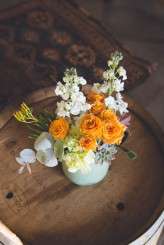 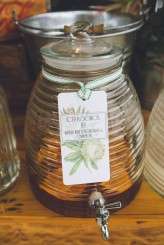 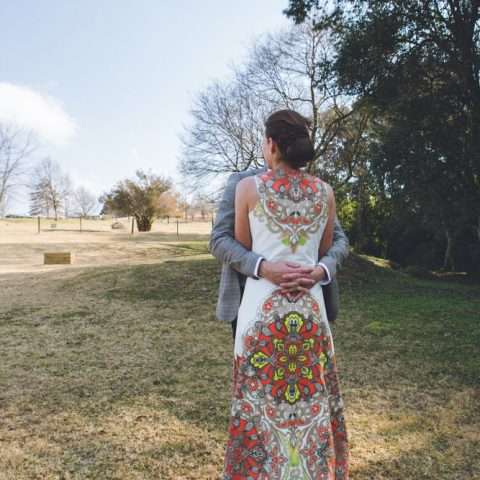 When I'm presented with a wedding where the bride rocks lace mouse ears, carries a rainbow lollipop in place of a bouquet, and her bridesmaids wear adorable little antler headbands, it's going to be pretty much impossible for me to turn down featuring it. Have you ever seen so much cuteness all in one place?! The wedding took place at Rockhaven Farm in South Africa.