Happy Halloween! I hope you have something suitably spooky planned? I’m actually out and about shooting all day, but I’m hoping I can get home in time to catch some trick or treaters later!

To get you well and truly into the spirit of things, I’m going to share not one, but two, amazing Halloween-inspired wedding photo sessions today. Now, I know I said on Facebook recently that I was kinda over styled shoots, but there are always exceptions, and two I have for you today are definitely worth breaking my self-imposed rule. Pop back at 3pm for the second one. It’s totally worth it, I promise! 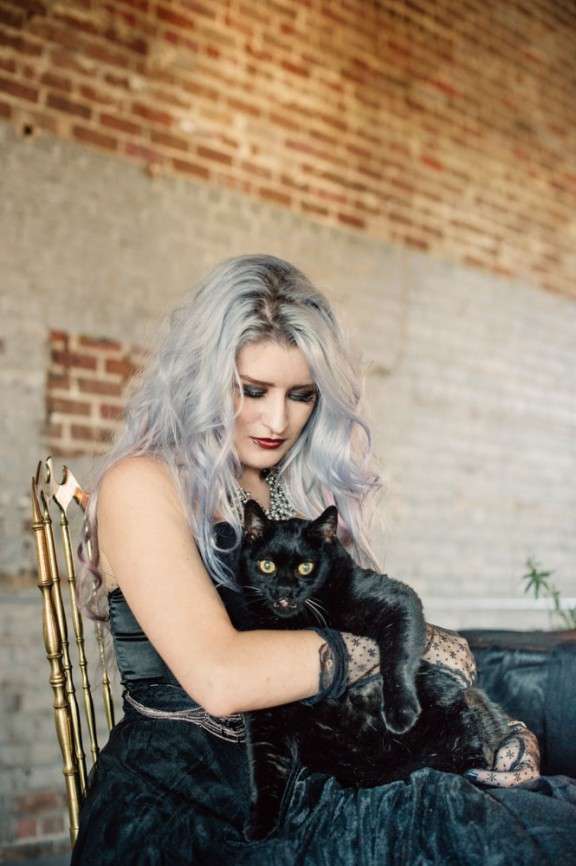 This was sent over by the amazing April and Paul Photography, who are based in Hattiesburg, Mississippi. “We wanted to pull together a styled shoot that captured a darker side while still remaining very elegant and timeless”, they wrote. “We were avoiding the Halloween store approach and running after the idea of a place once luxurious and glamorous, now dark and mysterious with tale tale signs of what used to be. Like a mansion once filled with dinner parties and laughter now only with the echo’s of the past. The location helped execute the vision perfectly with the vines and spider webs already being part of the setting.” 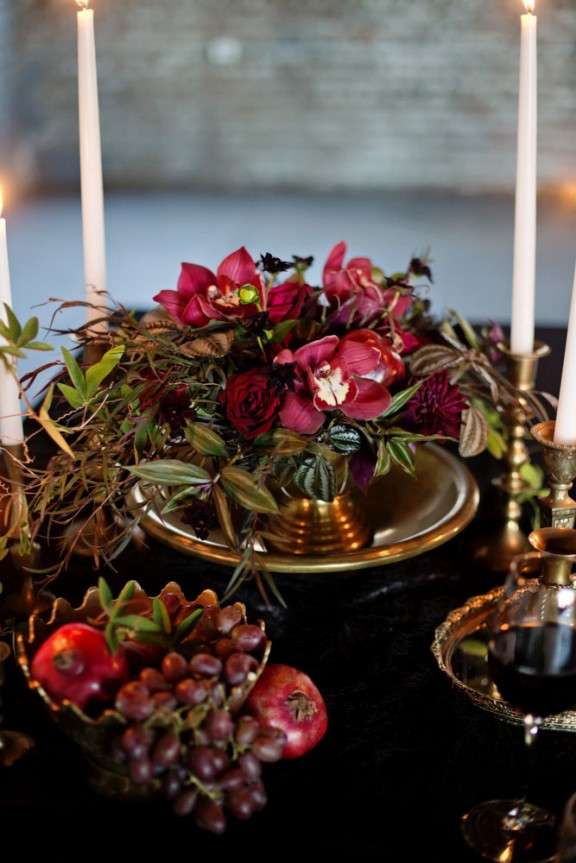 “When it came to florals we wanted to shy away from the iconic red rose and use an array of flowers that pulled in the deep pallet we were trying to achieve while being different and versatile. Through out the shoot there are subtle hints of the traditional Halloween icons such as the portrait we created with the bride and groom holding a small skull. Home Bake & Candy Shoppe created a cake that not only helped tie in bones of skulls, but really the entire theme. The black cake had hand painted gold accents which again incorporated that rich elegance yet a darker side as well.” 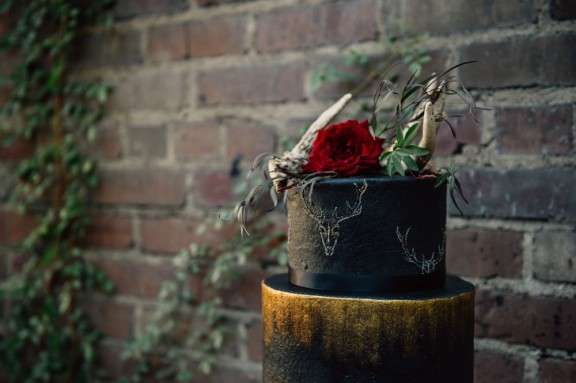 “One of my favorite areas was the hanging black feathers. It was a great twist on the traditional photo booth. We couldn’t forget the black cat! We were graced with the presence of the lovable Lexi who added another level of symbolism to the shoot. The shoot came to an amazing close with the realization of an abandoned home directly across from our warehouse location. As the sun set, the home had a glow making it appear it was in flames adding some very dramatic and breathtaking shots to end the day. Over all, many creative individuals worked together to create inspiration for brides that breakaway from the norm and shows elegance comes in many forms and fashion.” 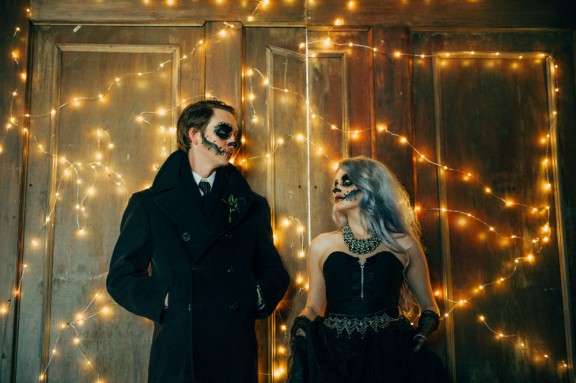 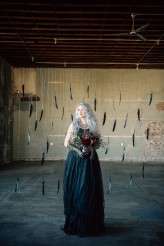 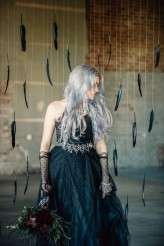 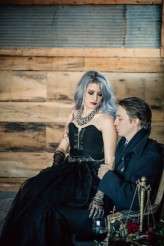 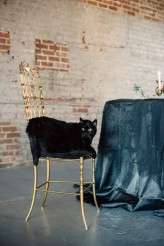 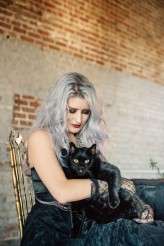 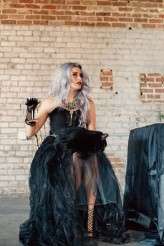 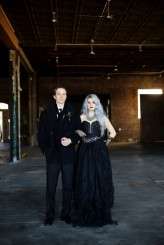 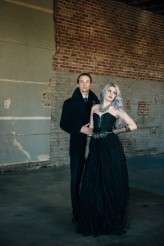 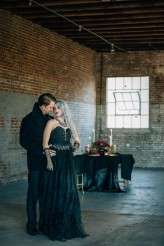 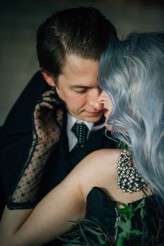 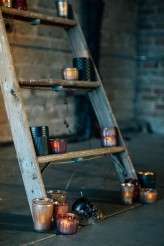 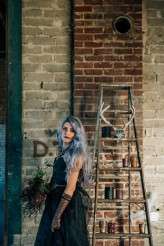 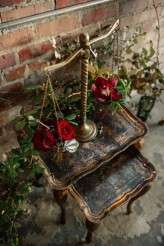 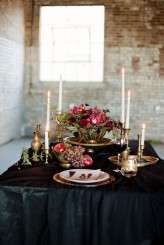 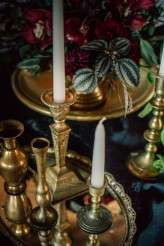 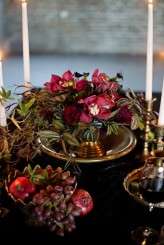 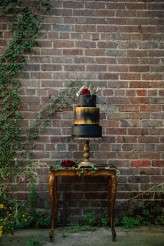 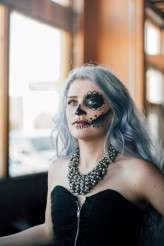 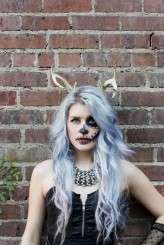 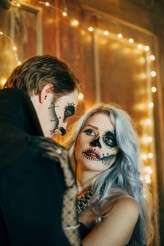 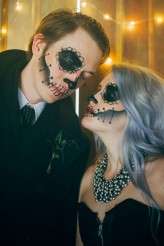 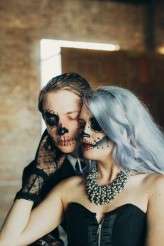 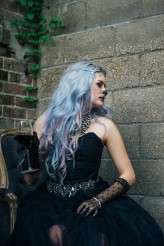 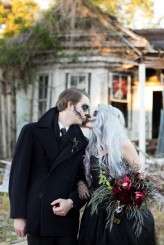