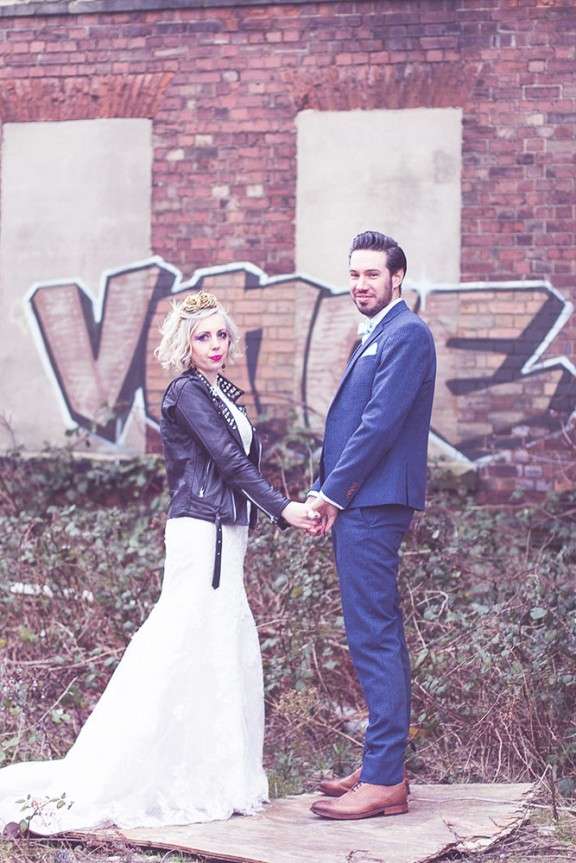 Jane and Tommy were married in August 2013. They loved the wedding experience so much that they wanted to do a couple shoot with their photographer Louise Furlow afterwards too!

“Jane knew she wanted a complete contrast to their wedding which was set in Buxton, Derbyshire so we decided to go with an industrial background with graffiti and derelict furniture to add to the effect”, Louise wrote.

“I knew of an old abandoned factory on the outskirts of Nottingham which I’d been dying to use. The randomly placed chair and various articles of rubbish strewn across the area with the large rickety building in the background seemed like the perfect place.  Wandering down there we also decided to stop along the way on a cute pebbled street and capture some images.”

“Using smoke grenades and coloured powder we set about trashing Jane’s dress. The day was bitterly cold and very overcast, which in a sense added to the affect we were trying to create. Jane and Tommy very much wanted these pictures to convey their love for one another and the fun that surrounds them and their relationship.” 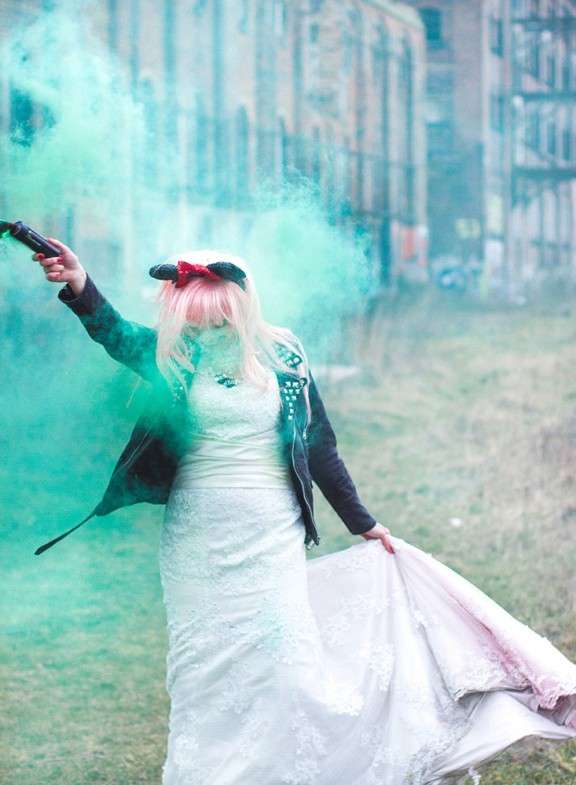 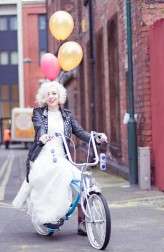 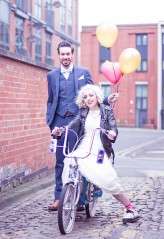 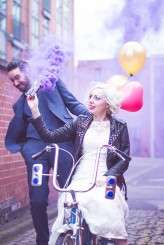 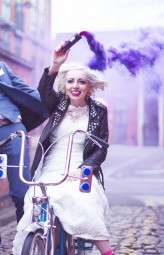 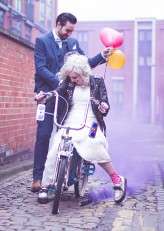 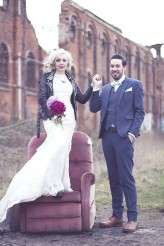 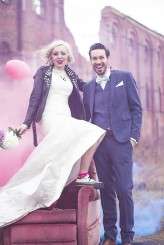 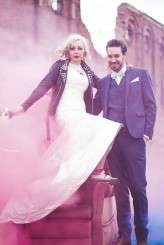 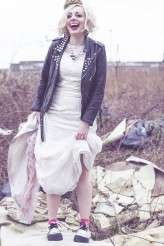 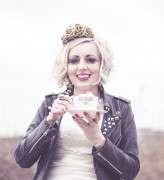 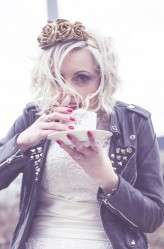 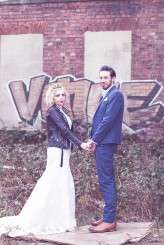 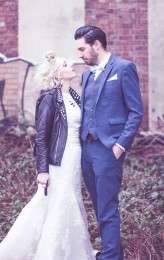 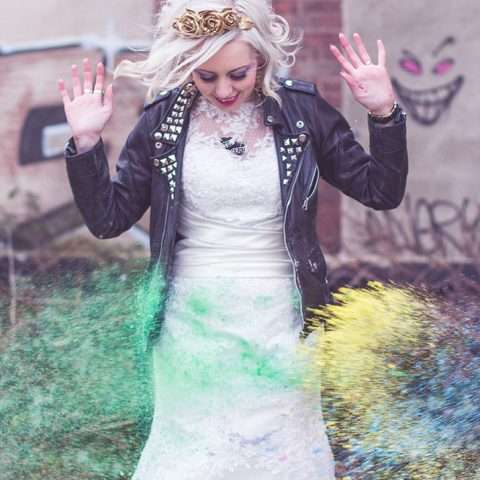 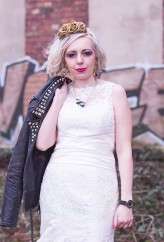 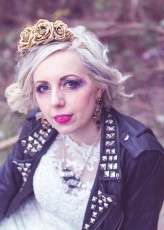 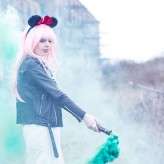 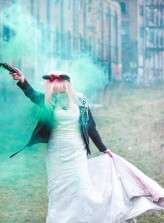 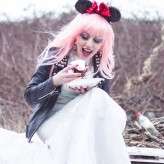 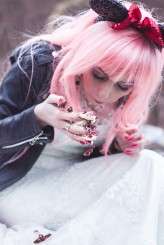 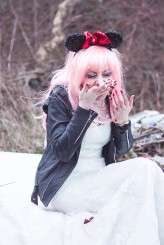