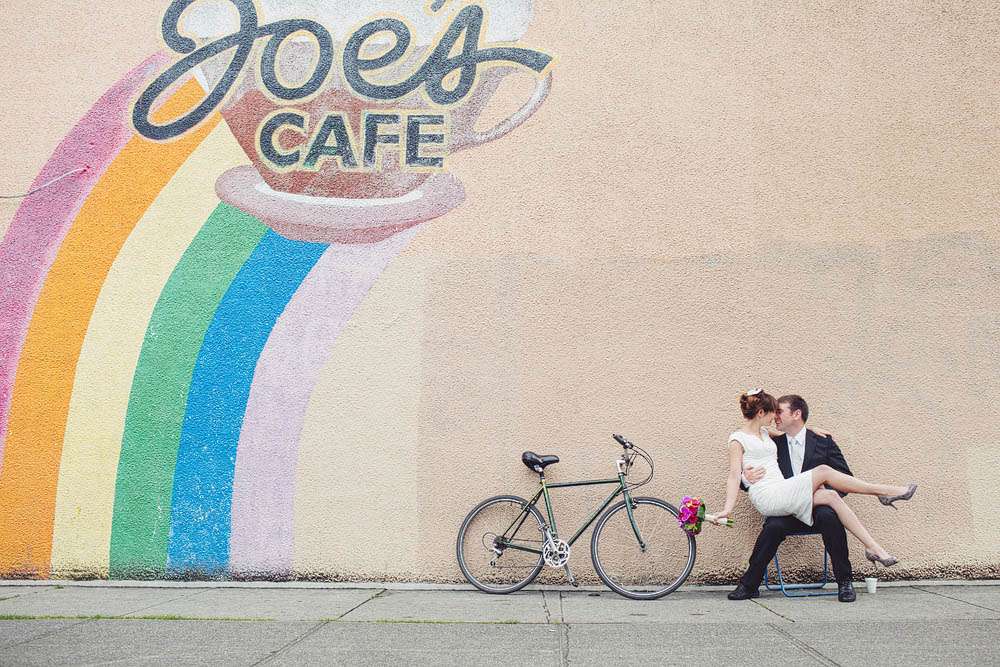 “Teresa & Russell’s wedding was like an elopement which included family and close friends”, wrote wedding photographer Melina of Lucinda Photography. “They left their East Vancouver home with suitcases packed for their Montreal honeymoon for which they were leaving only a couple of hours after the ceremony! We did some whirlwind portraits in their neighbourhood before heading to Vanier Park to help friends set up some chairs and refreshments. Guests arrived, they were married, the mingled and they left. It was great.” 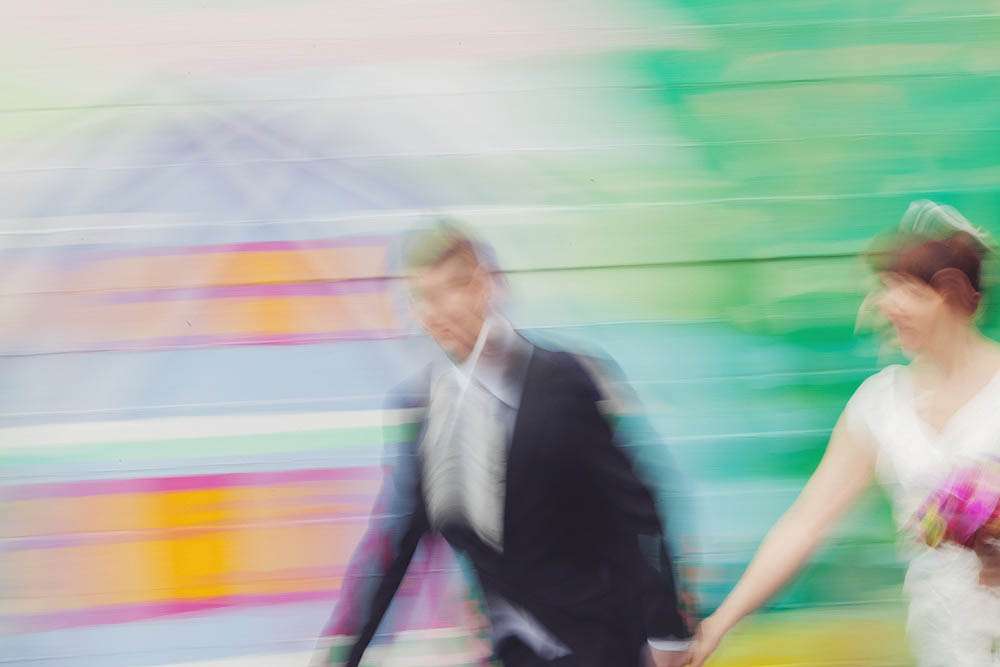 “We planned our honeymoon to Montreal first”, took over newlywed Teresa “and then started planning the wedding… we planned the whole thing in just over 2 months! We wanted everything to be low key so we made our own invites (50 guests half friends and half family), I bought my wedding dress online (had it altered to fit me perfectly) and had an outdoor wedding in Vanier Park, behind the planetarium, with 2 tables and a few chairs. 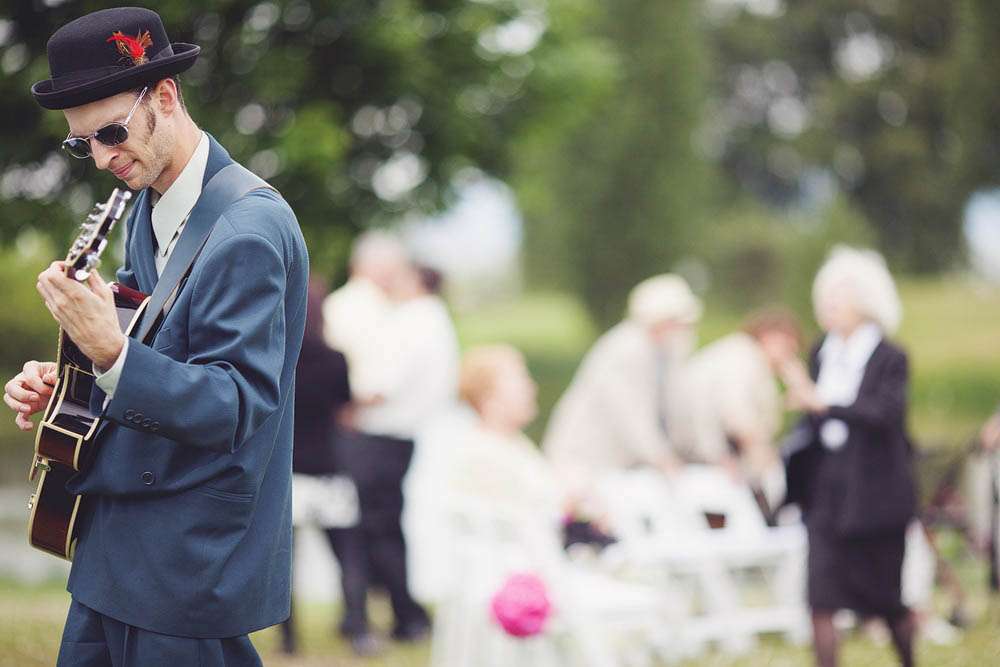 Friends & family showed up to the park to help set up the chairs and tables, and then at lunchtime the guests arrived for the ceremony. “Guests arrived at 12:45pm, we got hitched at 1pm and were heading for the airport by 2:30pm… one guest said it was like being invited to an elopement”, Teresa laughed. 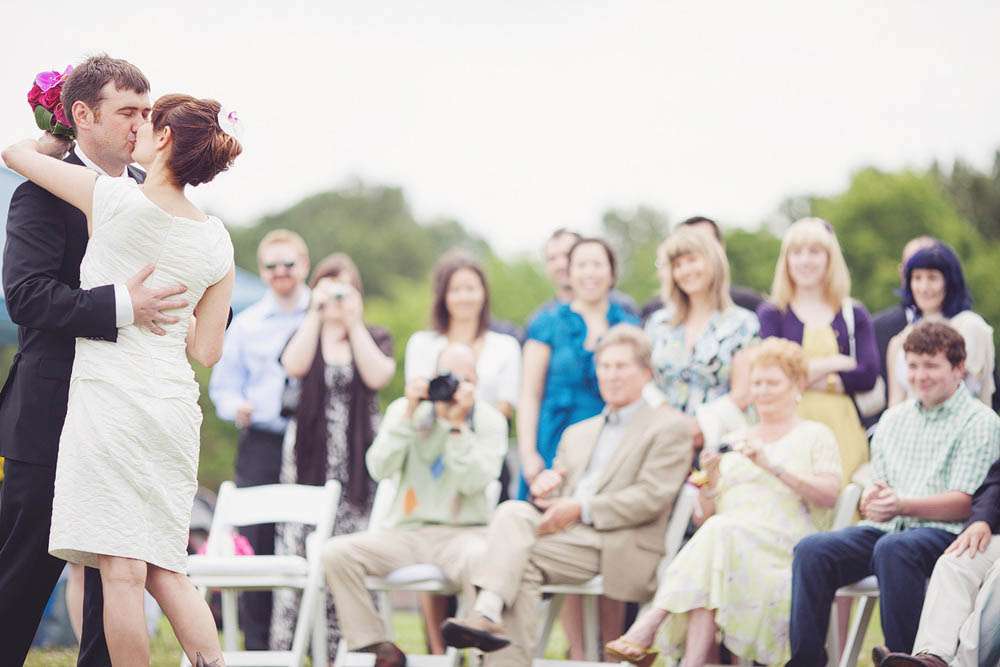 My favorite part of the wedding was the champagne toast”, she concluded. “I really shook the bottle to get a good spray going. Also our photo shoot with Melia was fun and comfortable. She is a very talented photographer. If I had to do something differently I would have left a bit more mingle time with friends and family but it was really fun to jet off on our honeymoon that day.” 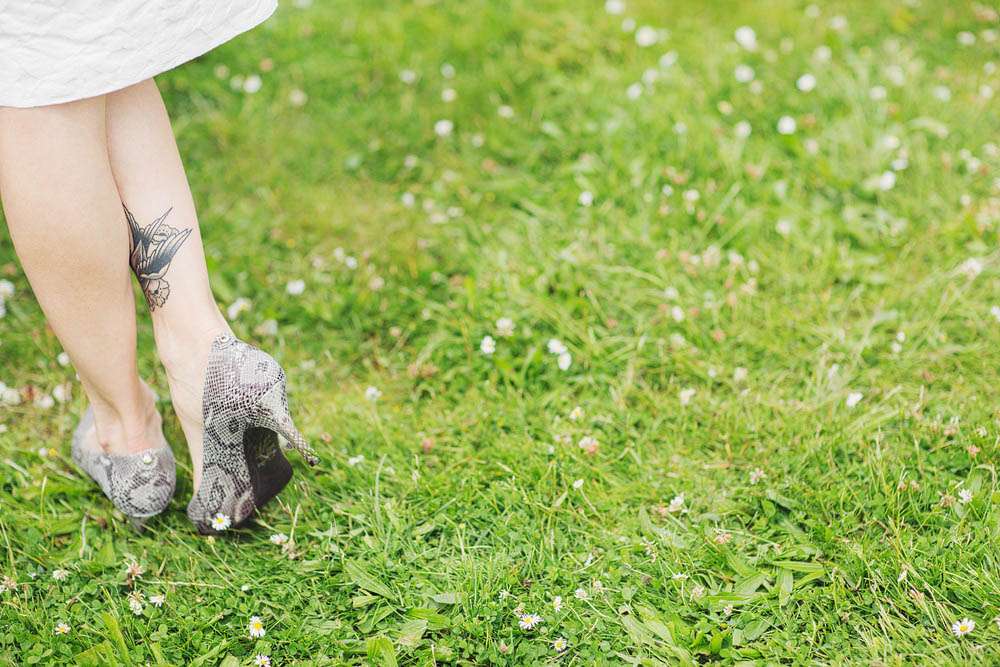 Awesome. I think this might be the most low key wedding I’ve ever featured. I love the crazy styled, full of personality weddings, but there’ll always be a special place in my bloggy heart for couple’s that do things this way. No fuss, no stress, just what’s most important – friends, family and L.O.V.E! 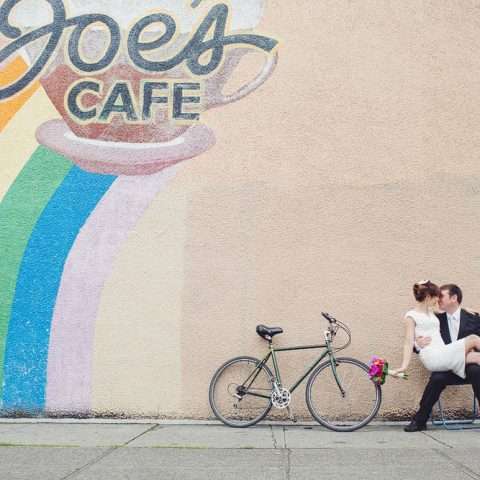 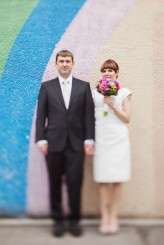 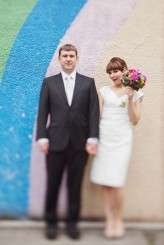 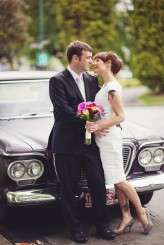 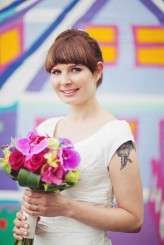 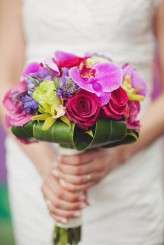 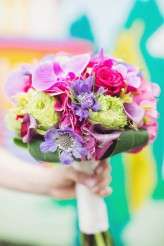 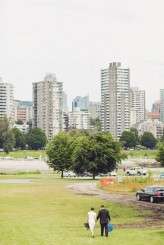