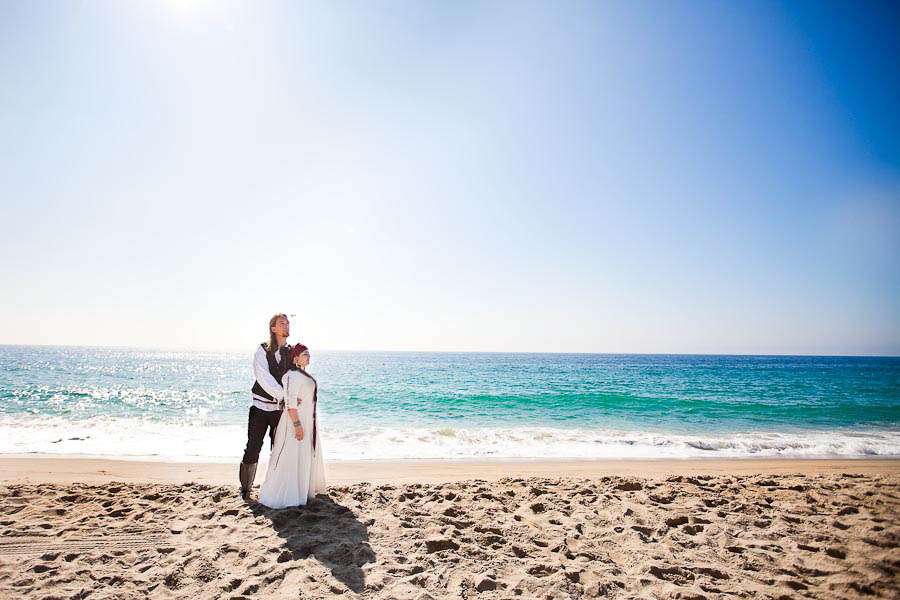 Is there anything cooler than a pirate wedding? I was pretty hard pushed to think of anything…that was until I saw Lou & Jürgen’s pirate wedding with a rock gig themed after party! OH YES.

The pirate themed ceremony was held on a beach in Malibu, CA. After the intimate ceremony in front of only their closet friends and relatives they headed to the HMS Surprise (from the movie ‘Master and Commander’) for portraits. 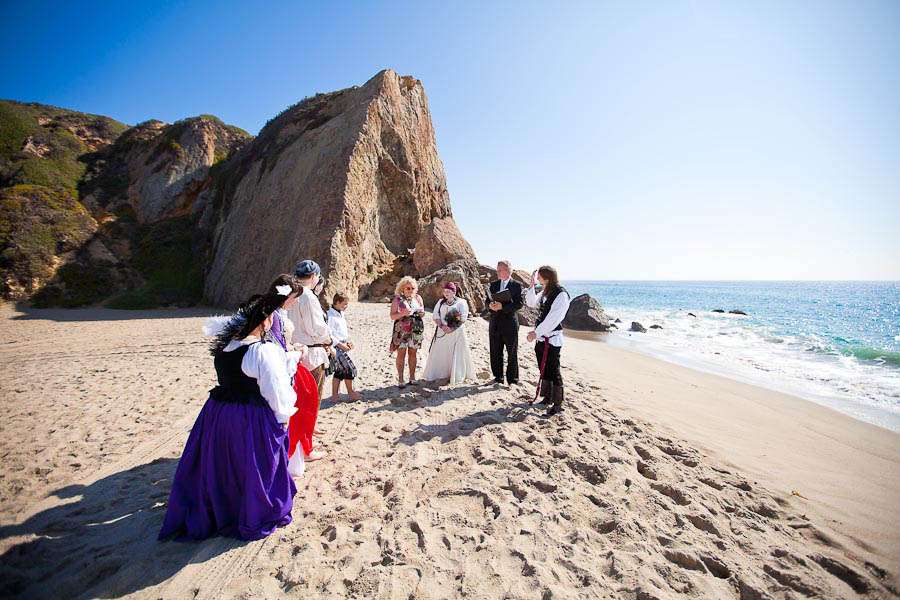 “So we are huge geeks – for music, movies and traveling – it seems like we are always going somewhere,” Lou told me. “We got engaged on a cliff overlooking the Irish Sea on a peninsula close to Dublin, Ireland, and when we discussed wedding venues, we felt that our travel bug needed to be reflected in that. As a movie geek I had said at some point in the past that I wanted to get married on a beach in Elizabeth Swann’s island gown from ‘Pirates of the Caribbean’ (I’m madly into POTC – I even have Jack Sparrow’s sparrow tattoo inked into my arm). We didn’t really consider it at first but after a while we came back to that and thought ‘why the hell not?’. So we went with that and it got a bit crazier and more piraty than we initially thought but everyone had a great time, and that is the most important thing.” 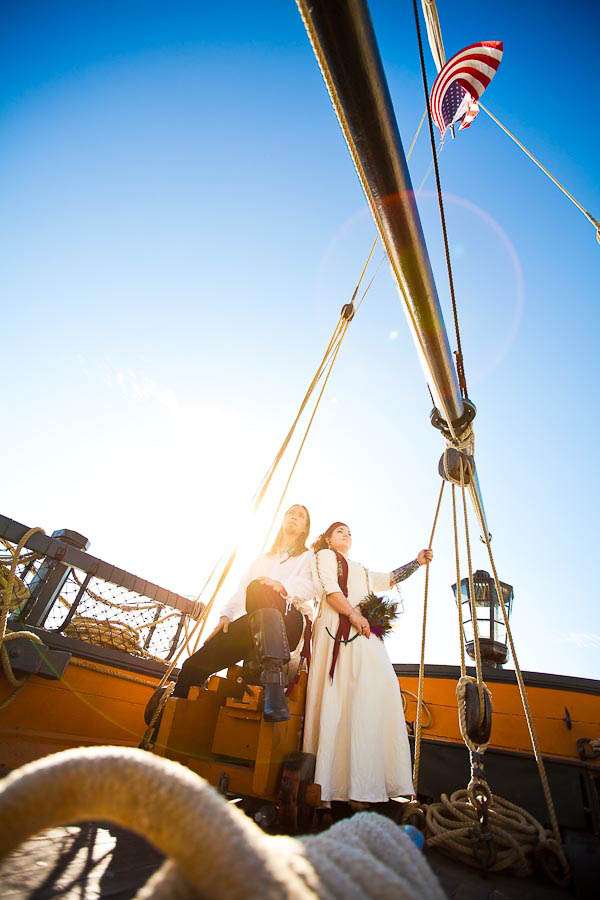 The couple are from Austria so they traveled pretty far with their 8 ceremony guests for the big day. “Since we both love Los Angeles and almost eloped there one year earlier, we decided to get married in LA. We were able to choose from gorgeous beaches, go see movie locations, venues from rock history, work ourselves into a shopping frenzy and show our closest friends and family the city we both lost our hearts to (and ultimately want to live in). Additionally, we found out that Chris, our wedding officiant, also officiated Milla Jovovich’s wedding, among others, which we thought was extra cool because Milla is rad. We chose Point Dume State Beach because we had been there before and loved it. It’s simply gorgeous, and it helped that numerous movies were shot there (for example the famous ending of Planet of the Apes with the head of the Statue of Liberty).” 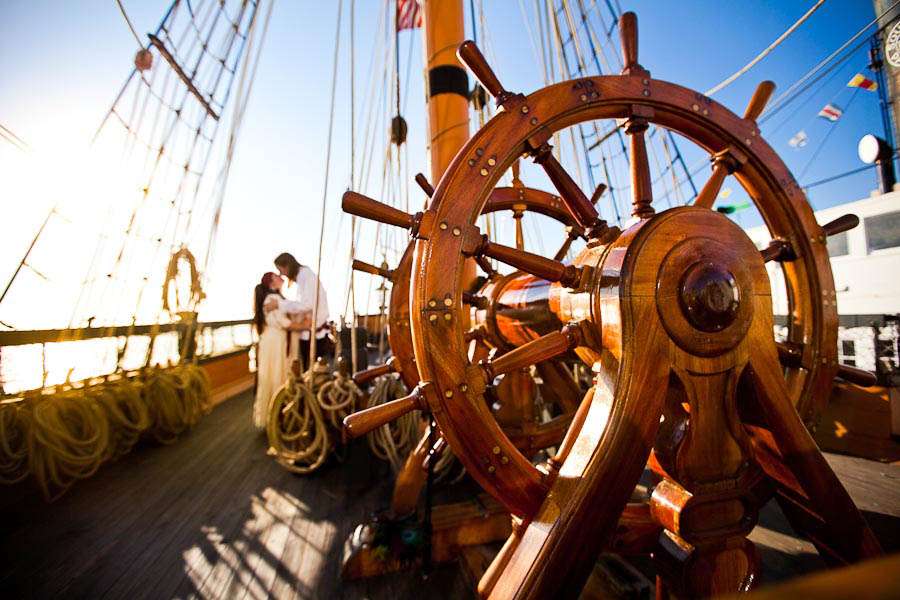 Lou wore a custom made gown by Brielle from Brielle’s Costume Wardrobe which, as she always wanted, was inspired by Elizabeth Swann’s island gown in Pirates of the Caribbean. Instead of a headpiece she added tie-in dreadlocks to her own hair which she bought from Cleo Wolfus Designs on etsy. Jürgen wore a pirate style shirt which he’d bought from a medieval fair a few years ago and trousers from Lip Service. They also both wore matching sashes & bandannas that were custom-made by Penny Marks. These were then reused as part of their Celtic handfasting ceremony in Vienna. 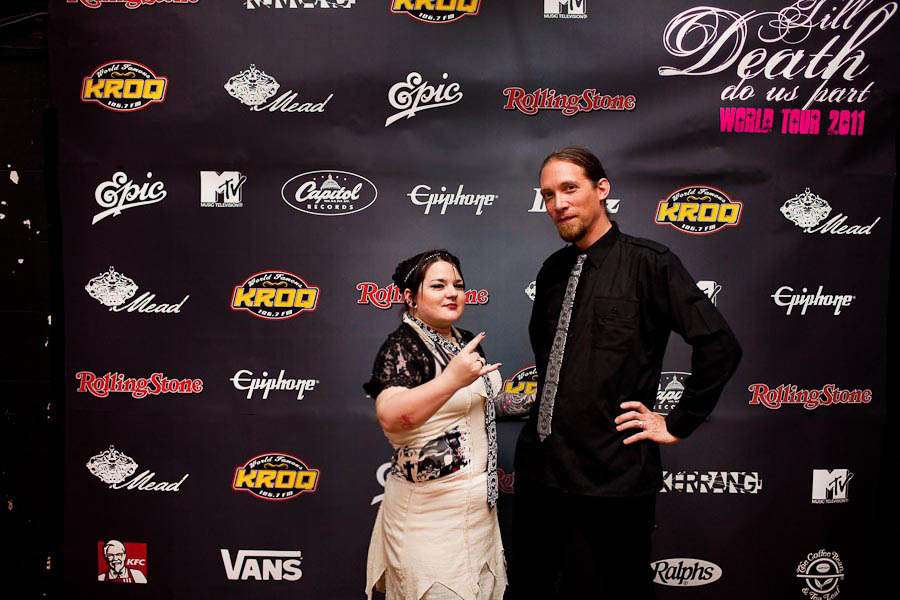 On returning to Austria, the couple wanted a huge celebration party so they could invite all their friends and family who couldn’t make it to America with them. They choose Arena Wien in Vienna as their venue. “Since we got married in a very small ceremony with only 8 people in attendance, we felt the need to party with our friends upon returning to Austria,” Lou continued. “We played a rock concert with our own band, ‘Mead‘, repeated our vows on stage and had a Celtic handfasting ceremony (a literal tie-in with our Irish engagement – done with our pirate bandanas from LA). At this point I should probably say that we first met at a rock concert that Jürgen was playing, he was in a band with one of my closest friends. We became a couple a few years after that but music has always played a huge part in our lives.” 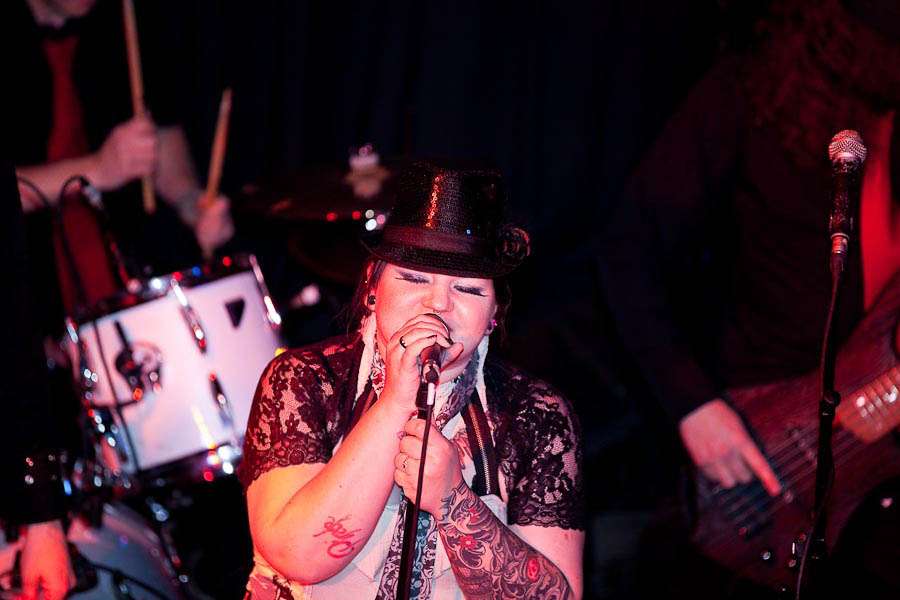 “We chose one of Vienna’s most important concert venues – Arena Wien. Before the Arena became a concert venue, punks squatted there in the 70s, and originally it was a slaughterhouse. We attended countless concerts there and it is probably the place we spend the most time at outside of home and work.” 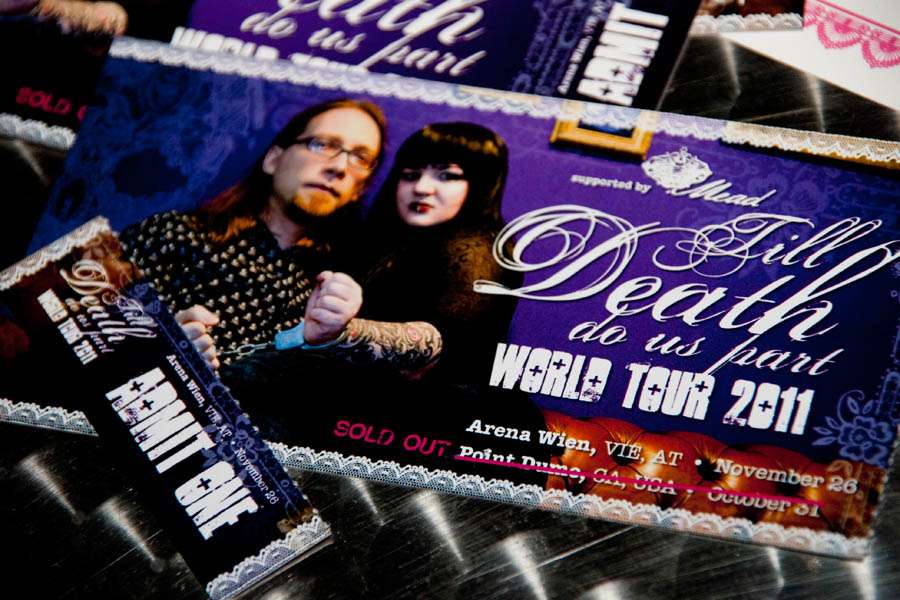 Seriously. I’m dying over how cool these two are. Huge thanks to Lou & Jürgen  for sharing their kick ass wedding with us today! 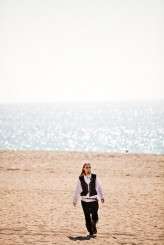 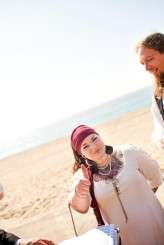 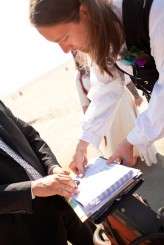 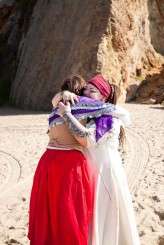 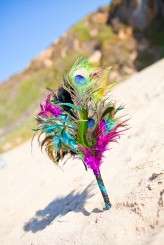 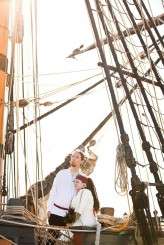 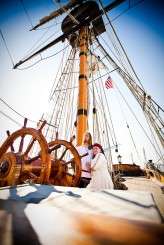 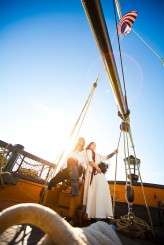 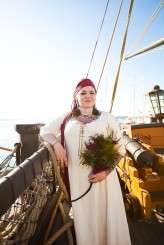 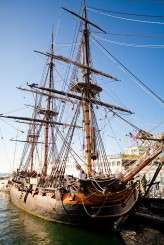 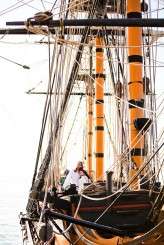 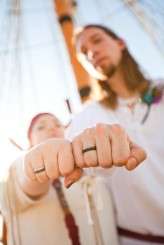 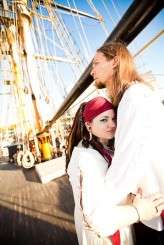 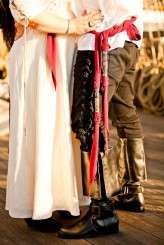 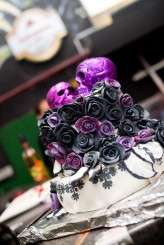 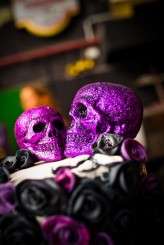 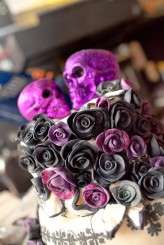 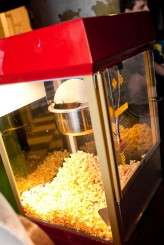 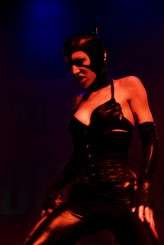 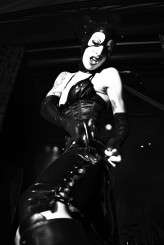