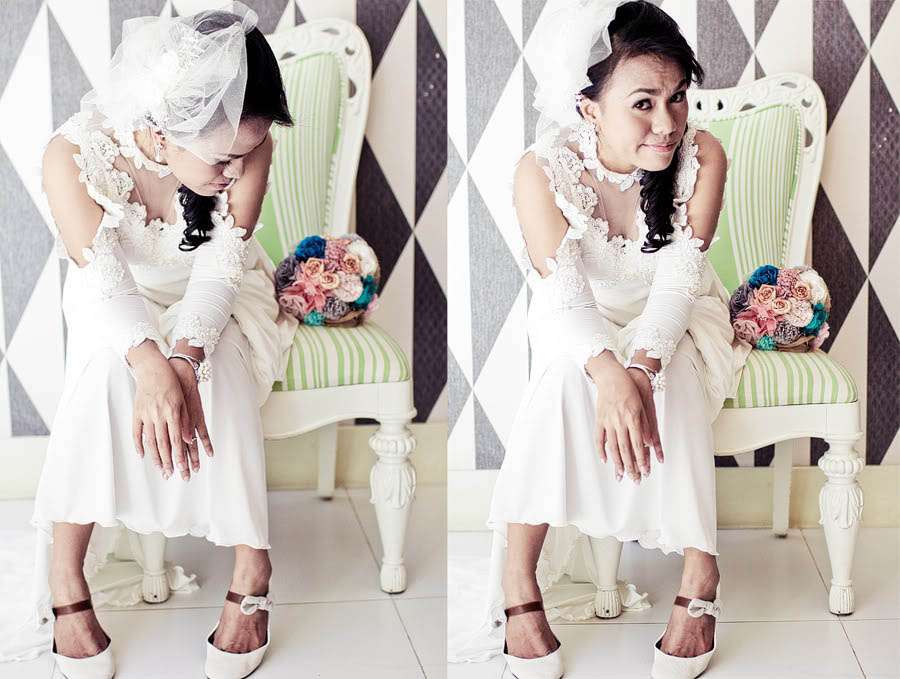 I am so EXCITED about sharing Josephine & Radney’s wedding today! I first met Filipino photographer Josephine Sicad when she submitted some of her own photographic work for features on Rock n Roll Bride and I was instantly smitten with her vintage aesthetic and beautiful and genuine portrayals of true love! So when she told me that she herself was getting married, I literally couldn’t wait to see the results….and I DIE at how fabulous they are! 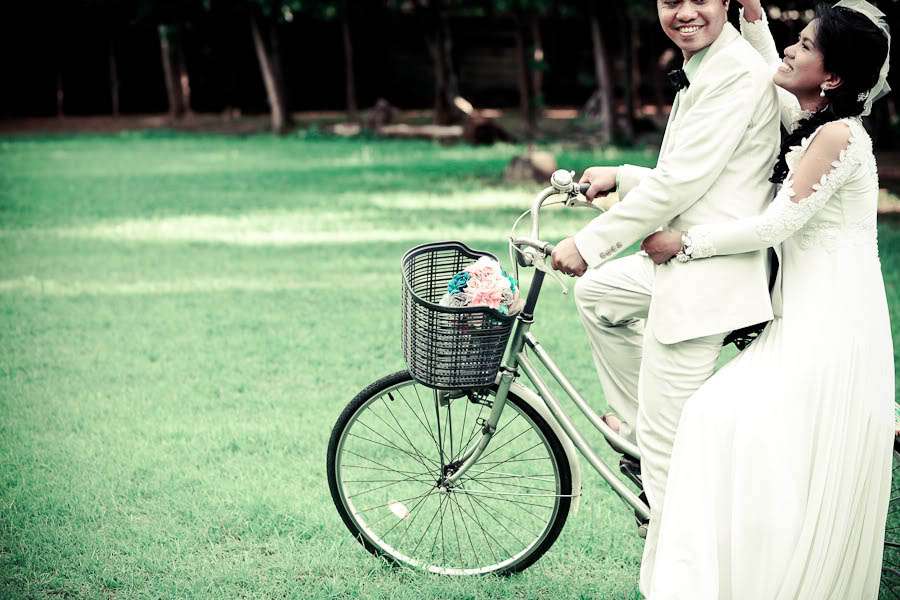 The couple got married at Vistamar Boardwalk in Mactan Cebu City, right on the beach in a DIY heavy, eclectic vintage style wedding. Josephine in particular worked really hard to create something beautiful and unique for their nuptials. First up, Josephine crafted her own unusual bouquet from vintage necklaces with fabric flowers on them and a recycled egg beater (!) as the ‘stem’. She even used the left over beads and things from the necklaces in the centrepieces! She found this awesome bike pendant which she disassembled to craft Radney’s boutonniere. In keeping with the bicycle theme, the couple chose to ride to their reception on a bike instead of getting in a car – which they decorated themselves. 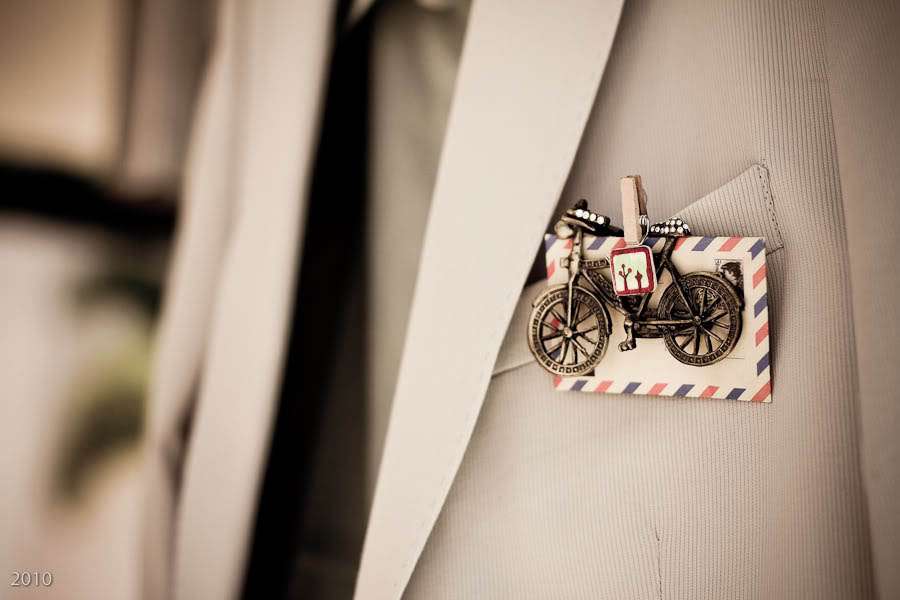 The invitations were created from their engagement photos, taken by a Josephine herself (I featured them here!) and were put together by her best friend Govinda. “I made the lay out for the rest of the invitation, while my husband doodled our wedding monogram (bride & groom on a bike)” Josephine explained. Instead of traditional favours, the couple gave vintage plates to their guests! It was a last minute idea that they put in because they fell in love with them and wanted to use them somehow!

Finally, the couple threw a “Best Vintage Attire” contest to help their guest get into the theme. ” We wanted to encourage them to wear as much as vintagey tones in line to our wedding theme,” Josephine explained. “At the end of the party, we awarded the best one with a vintage mini-jukebox radio I had bought. For the rest of the party, we threw out questions on ‘How will you know the Bride & Groom? And anyone who got an answer correct was allowed to pick any quirky item decorated from the centerpieces to take home.” 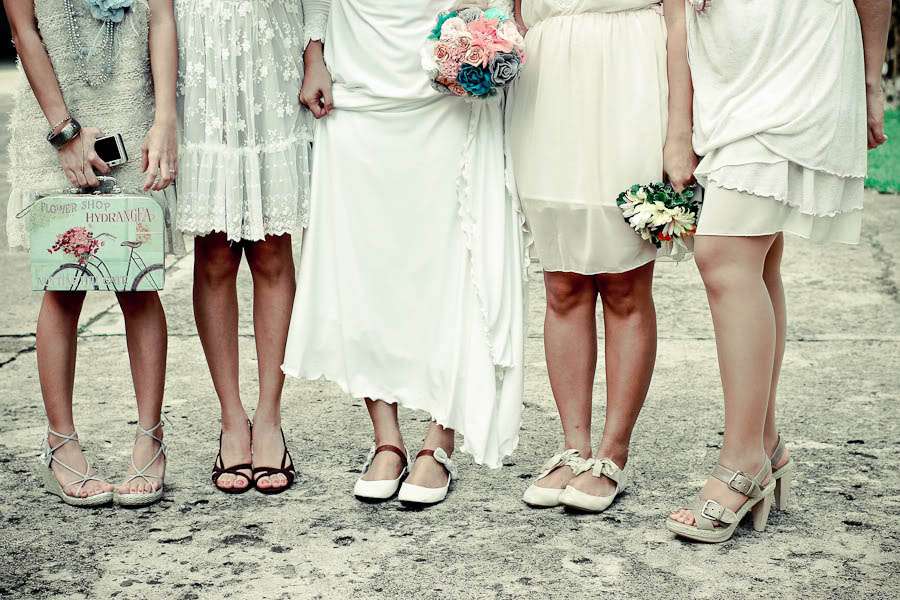 This wedding is gorgeous and Josephine & Radney are adorable. It is a pleasure to share these photographs with you todat! Huge thanks to them both for sharing.

Check out their ridiculously cute super 8 video too! 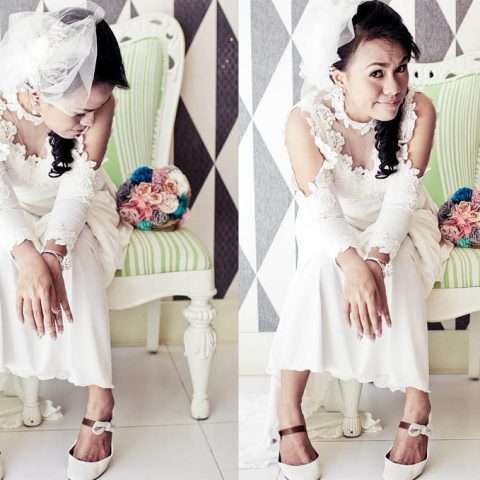 Mark and Chai both love everything about the 1970s, so it was clear that this had to be their wedding theme. They were married in Manilla in March. "Our wedding was a DIY 70s hippie-themed day", began the bride. "We jokingly called it 'hippy ever after'! We love all the elements of the 70s: the music, colours, vibe, and art, and having all these in our wedding made it very unique, unpretentious, and very ‘us’. Both of us wish we were born in the 70s and our wedding actualised that dream!"

It's getting seriously cold over here in the UK so what could be a better way to warm up than lusting over some beach wedding goodness? Jmie & KC's beautiful beach wedding is just what I needed! You might remember Jmie & KC from their boxing engagement shoot. Those that do will already know that these guys don't go for the conventional so a laid back and fun wedding was just what I expected. The wedding was held in the idyllic location of the Virgin Beach Resort in San Juan, Batangas.