Summer & Frank got married exactly a year after their first date. The wedding had an Autumn theme and was held at a local park. Their reception was at one of their favourite hang outs – Fatty’s in Astoria. “I started looking for parks in our area where we could also hold the reception.” Summer told me. “We’re both very casual and outdoorsy, so we didn’t want anything formal–we wanted the focus to be more on the happiness of the day. The cost for renting local parks is a shocking fraction of more formal venues, too, and you can bring in your own catering, which gives you more options for food. I’m a vegetarian, so that was important.” 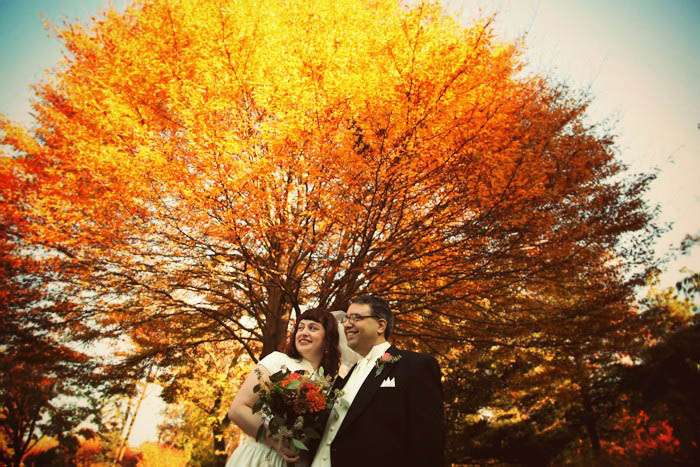 Summer wore a dress which she found at Group USA’s outlet store in Secaucus, NJ. “Their selection of last season’s dresses is stunningly wide, and outrageously priced. Let’s just say I paid more to hem the dress than I did for the dress itself! The dress I wore to the after party is from Blue Velvet Vintage.” She matched her outfit with a veil that she made herself and her Great-Grandmother’s vintage pearl handbag. Summer gave her bridesmaids a different Autumn shade each and asked them to pick any dress they liked that matched. She did this because she wanted them to have a variety of colours “just like autumn leaves.”

Most of the wedding was a diy effort, with Summer making their wedding programmes as mix cds that she put together based on this tutorial she found on Style Me Pretty. The catering was done by their favourite Italian resturant Jerry’s. “Their website doesn’t do justice to the savory, entirely authentic cuisine they produce. If you’re not in the area, a road trip to visit this place is a no-brainer. Better bring a cooler, though! You won’t be able to leave empty-handed. Instead of a cake, we had a tower of pastries from Rispoli’s. I ordered a DIY stand from www.cupcaketree.com and decorated it with the same materials I used for the wedding program CDs.”

Thanks to Summer, Frank and photographers Sam & Adam for sharing this fabulous wedding 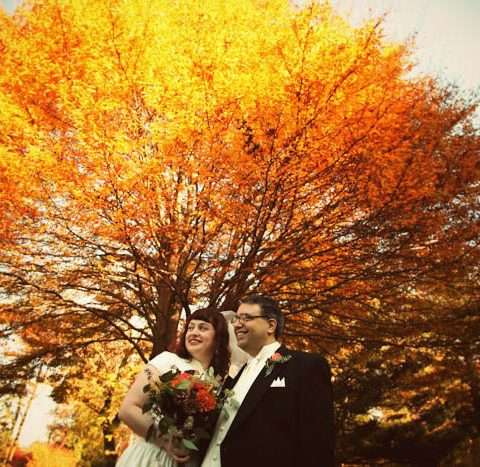 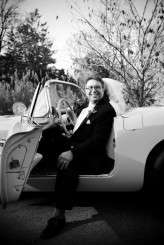 A Victorian Ghost Who Visited the Seventies: A Cosy & Rainy Music-Themed Wedding

1880s in upstate New York, that had been lovingly restored by a theatre tech and fantasy writer. As soon as they saw the piano and themed rooms full of antiques they knew it was the perfect fit for their wedding, which they themed, "A Victorian ghost who visited the Seventies. We wanted our wedding to feel like Morticia Addams and Cher had a baby. A little spooky, a little disco and always glam!"

Rainy Rustic Wedding at Home with a Real Rainbow!

Trina and Jessica wanted their wedding to be rustic, honest and personal so did a lot of DIY projects and picked Trina’s parent’s home as their venue.

Matt and Lilly were married in Vermont at the groom's parents' place. His parents not only built the house themselves and most of the furniture inside it, but for the wedding John's mother planted flowers in their wedding colours which bloomed just as the wedding rolled round. How amazing is that!?