Lizz & Will tied the knot at Houston Mill House in Atlanta, GA. The wedding had a great floral, spring-like feel but with touches of punk rock throughout – just the way I like it! Lizz found her dress at Bridals by Elena in Glen Burnie MD. isn’t it beautiful? Lizz told me

“I had done some dress shopping for about a month, and nothing seemed to STAND OUT. Until I walked into Elena’s.  I had about 4 dresses I wanted to try on and was on my way to the fitting room when I saw my dress on a Mannequin.  I instantly knew that was my dress.  It was the first one I tried on and it was the last.  Later that day I found the perfect shoes I was looking for, and when Elena saw them she thought it would be a spunky idea to die them the color of the purple sash on my dress.  I was a great experience, and Elena and her daughter are amazing seamstresses” 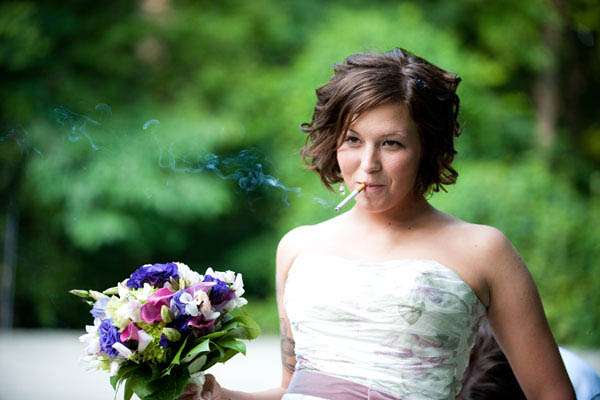 Thanks to Lamar, Lizz & Will for sharing this awesome wedding with us today 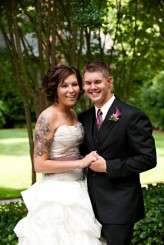 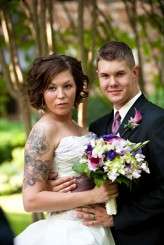 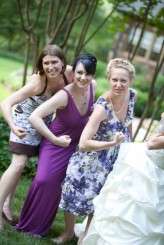 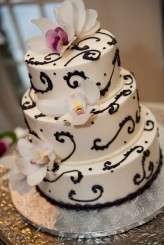