I am absolutely crazy in love with Jessica & Dave’s retro rockabilly wedding! Not wanting to stick to tradition, Jessica & proposed to Dave over a jungle themed cake! She explained:

We had actually had no plans of ever getting married, but a few things changed and my views on the whole institution of marriage softened a bit.  I knew that I wanted to get married, but I had no idea how I was going to bring up the subject, so it just happened sort of spur of the moment.  One day we were watching Ace of Cakes, and they were making a jungle themed cake.  I studied lemurs in the rainforest of Madagascar, so I turned to Dave and said “Will you get a cake with two lemurs on top of it with me?”  and he said something to the effect of “What, wait, huh? Why? Are you asking me to marry you?”  and I said “yes!” 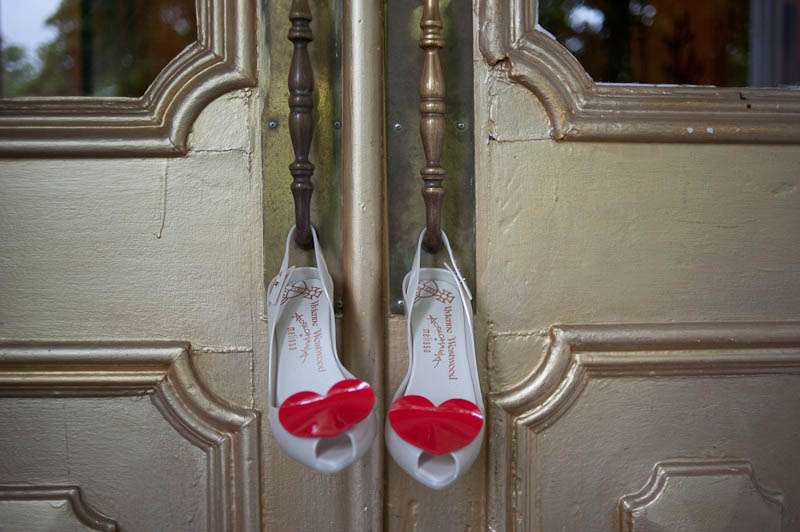 The couple chose Round Hill, Washingtonville, New York as the venue because they wanted a place that they didn’t have to do much to but would still reflect their personalities.

We also wanted to have as much of the stuff handled in one place as possible because we were getting married in the Hudson Valley but living in Long Island.  I happened to see them online and once we went there in person, we were sold.  I liked that it kind of felt like we were getting married in a rich family member’s house, but it wasn’t uptight or stuffy at all.  Also, good food was one of our main objectives for the wedding, and their food was Amazing!

For their wedding band they had rockabilly band The Buzzards, who were one of the first things they decided upon.

Having The Buzzards as our wedding band was one of the first decisions we made.  We both love them and they are personal friends of my roller derby league (the Long Island Roller Rebels), so we just knew they would be perfect.  Our overall theme was kind of retro too, so they fit right in.

If you don’t know who Jessica’s shoes were by then you probably haven’t been reading Rock n Roll Bride for too long I have been obsessing over these shoes for ages! They are by Vivienne Westwood and have got to be the most perfect wedding shoes I’ve ever seen. If only they were around when I got married! Her dress was from Etsy and only cost her about $100 and Jessica thinks it must have been an 80’s prom dress. She had it altered into her perfect gown.

Thanks so much to photographer Mike and the gorgeous couple Jessica & Dave for sharing this wedding with us! 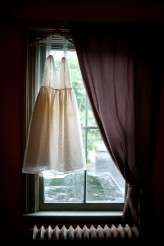 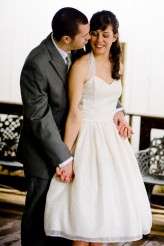 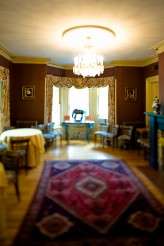 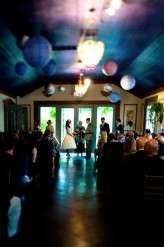 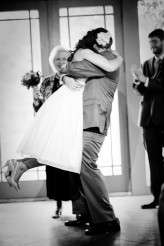 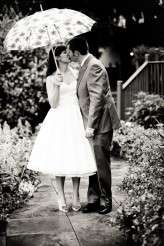 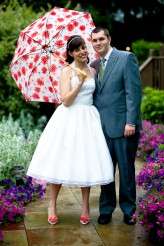 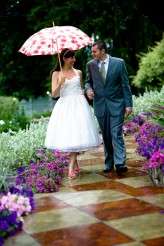 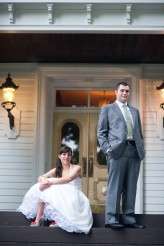 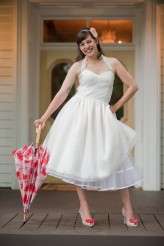 Alison and Gary love New York City, so it was the obvious theme for their August wedding in Glasgow. "The theme was a low key and chilled-out New York wedding", said the bride. "The colour scheme was based upon the iconic NYC Yellow Cabs."