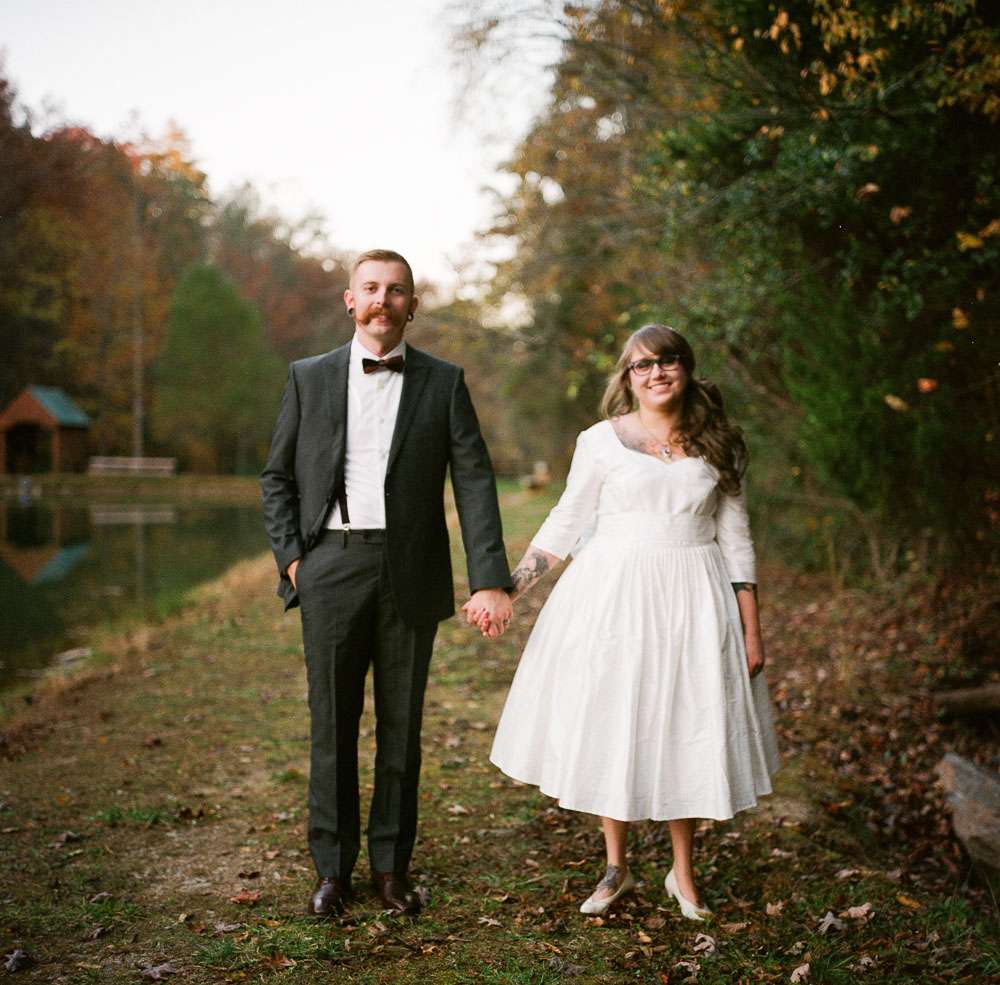 Elia and Joey didn’t want a big wedding, instead they wanted something small and meaningful. The day was held at Little Valley Mountain Resort with the ceremony in the chapel there and the reception in one of the cabins!

“We wanted to do something very special to us, without spending a whole bunch of money”, Elia wrote. “We wanted it to be small, which was a necessity just because the chapel sat 24 people. We were hoping to make this a weekend vacation for everybody there, instead of just another wedding. I think we may be the only couple ever introduced as husband and wife at the reception with ‘Spheres of Madness’ by Decapitated. I think we did things different from the norm by not stressing on ANYTHING. We just took every bump as a part of the story.” 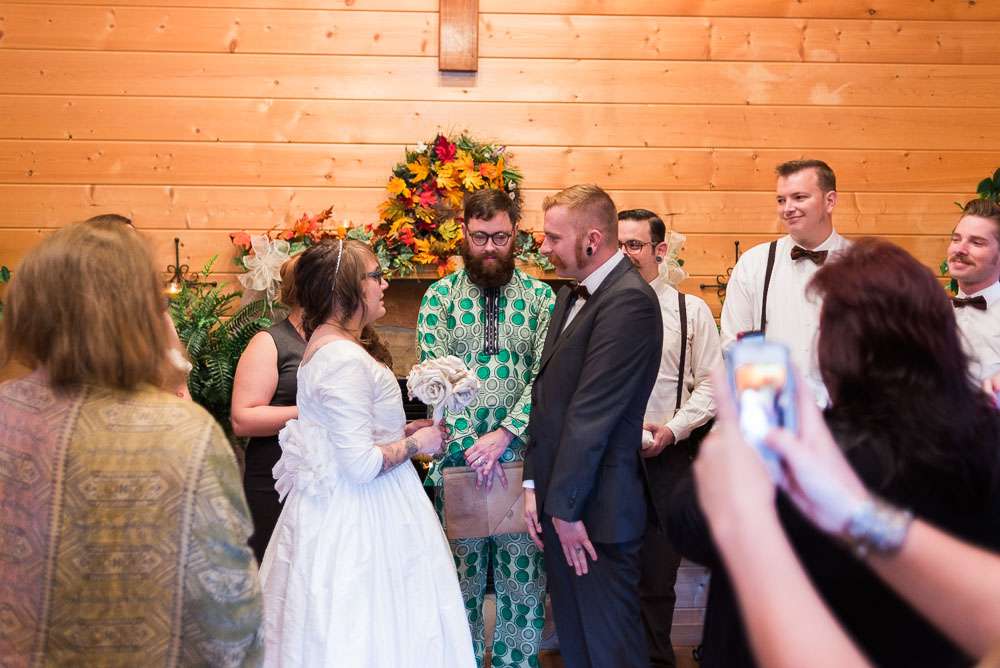 “I’m not particularly crafty, but those on Etsy are. I basically took their DIY and made it my own”, she continued. “Etsy was key to our wedding. Also, even if you are planning on doing your own hair, have somebody there to help when your arms get tired. It took two hours to do my hair, and it was exhausting and sweaty.”

“The best thing about the day was that everybody at the wedding was either in it, or family. It was a weekend spent with the people absolutely closest to us, and would have been a blast even without a wedding! We managed to save a lot of money on the food as we had the reception in the cabin the wedding party was staying in, and it had it’s own kitchen. Our moms cooked us our favorite meals! Comfort food! They were happy to help, especially since we paid for the entire wedding ourselves.” 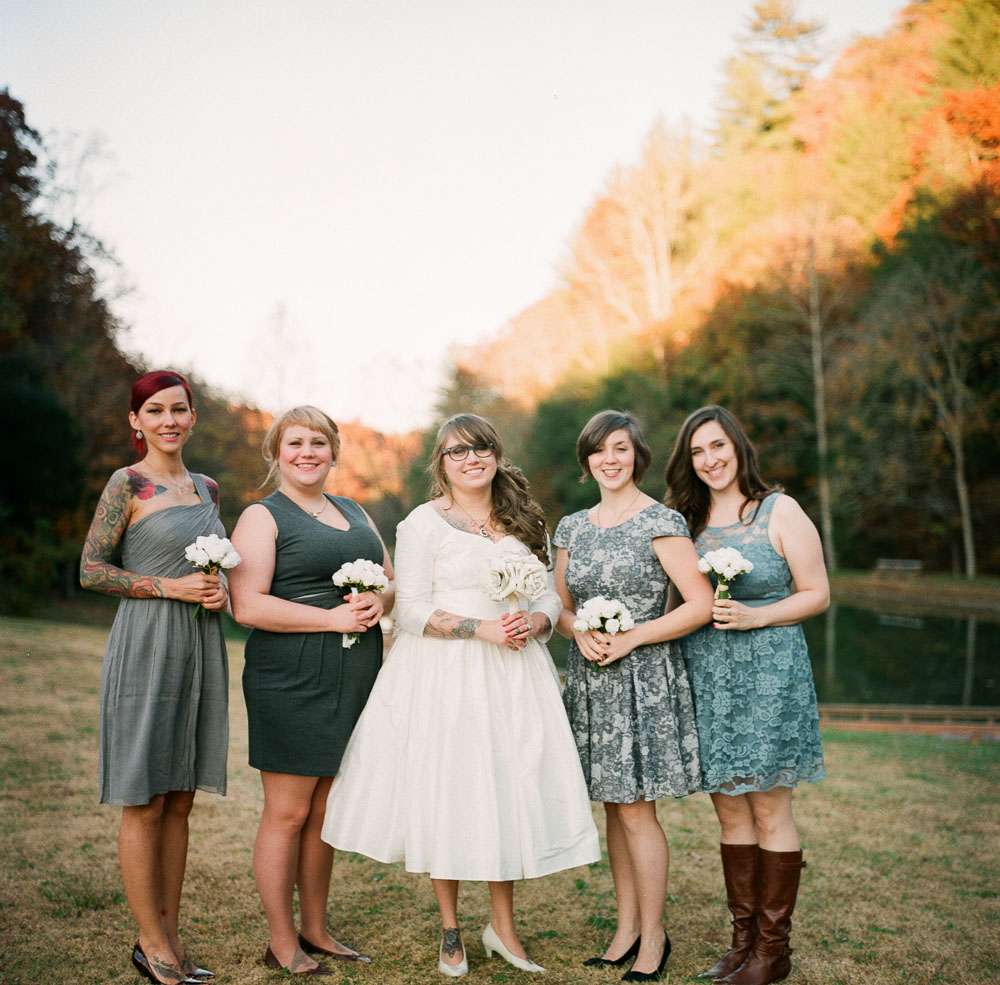 “Don’t be afraid to not invite someone”, Elia advises in conclusion. “Make a list and stick to that list. People will generally understand, and you can’t be scared of hurting somebody’s feelings when you have a budget to keep or space limitations. Also, things will go wrong. We got a ticket the moment we pulled out of the courthouse when we got our marriage license. We were so pumped and then immediately so bummed. Just shake it off and eat some flapjacks. It all becomes a part of the story, and you’ll love those parts in the end.” 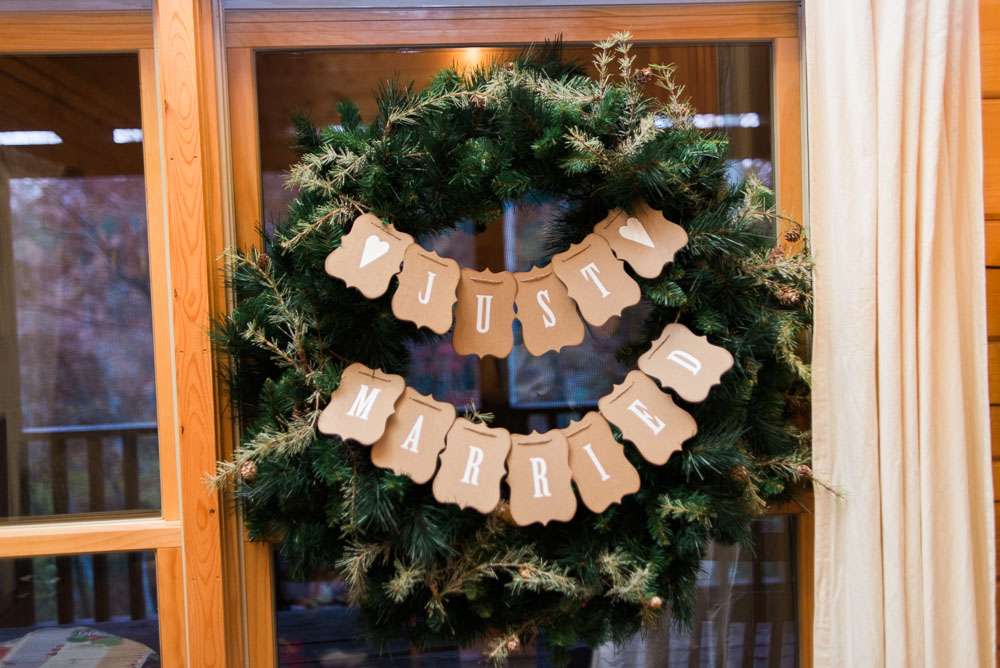 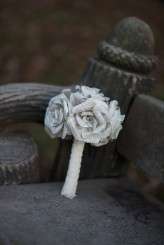 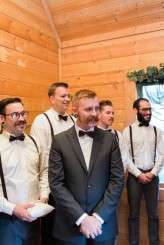 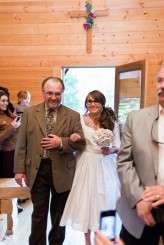 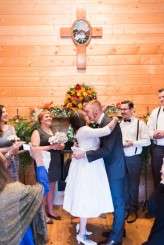 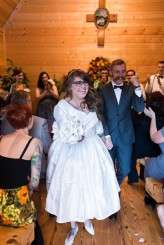 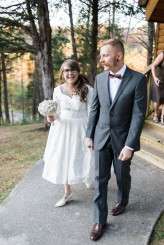 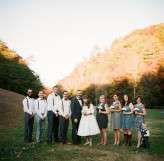 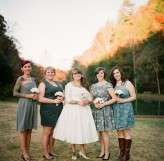 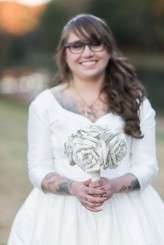 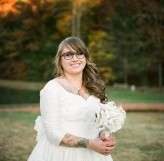 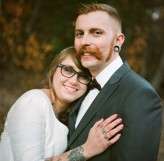 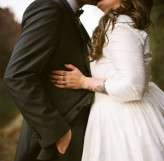 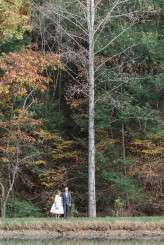 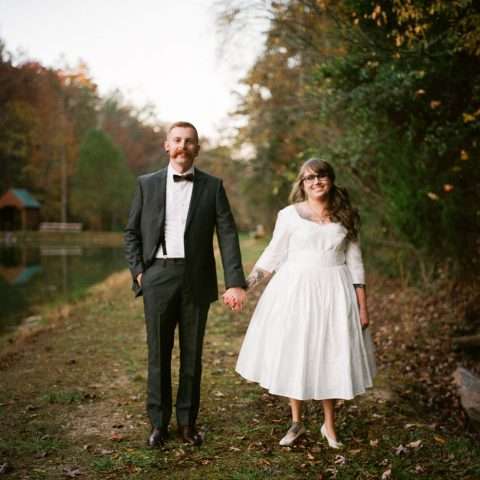 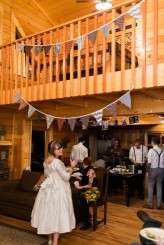