A few months ago, photographer Jennifer Williams’ sister found this gorgeous vintage dress in a thrift store for $10. Being the helpful sibling that she is, she knew it would be perfect for a photo shoot and so bought it right away. Jen went on to tell me the whole story:

The minute I saw it I couldn’t wait to plan a shoot centered around it! I
couldn’t get those old images of Bonnie and Clyde out of my head from the
old 1967 movie. Most of my inspiration was centered around that, although
I mixed and matched decades into my own take on vintage fashion. Then I
found out we had permission to shoot at this salvage yard and the shoot
became this beautiful classy take on grunge. As weird as it sounds, that
is the best way I can describe it. 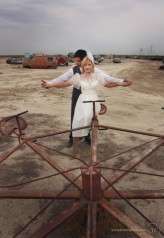 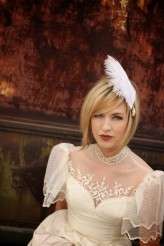 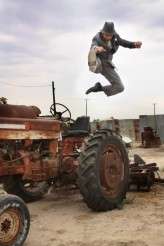