Ali wore her best friend’s dress for her photo shoot with Carey Shaw; a knee length, sweetheart, corduroy detailed dress which was perfect for Lara’s city hall wedding and even more perfect for this soft, beautiful shoot.

Thanks to Carey for sharing her images and Ali’s story. 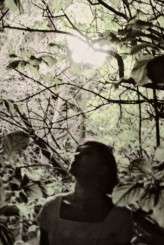